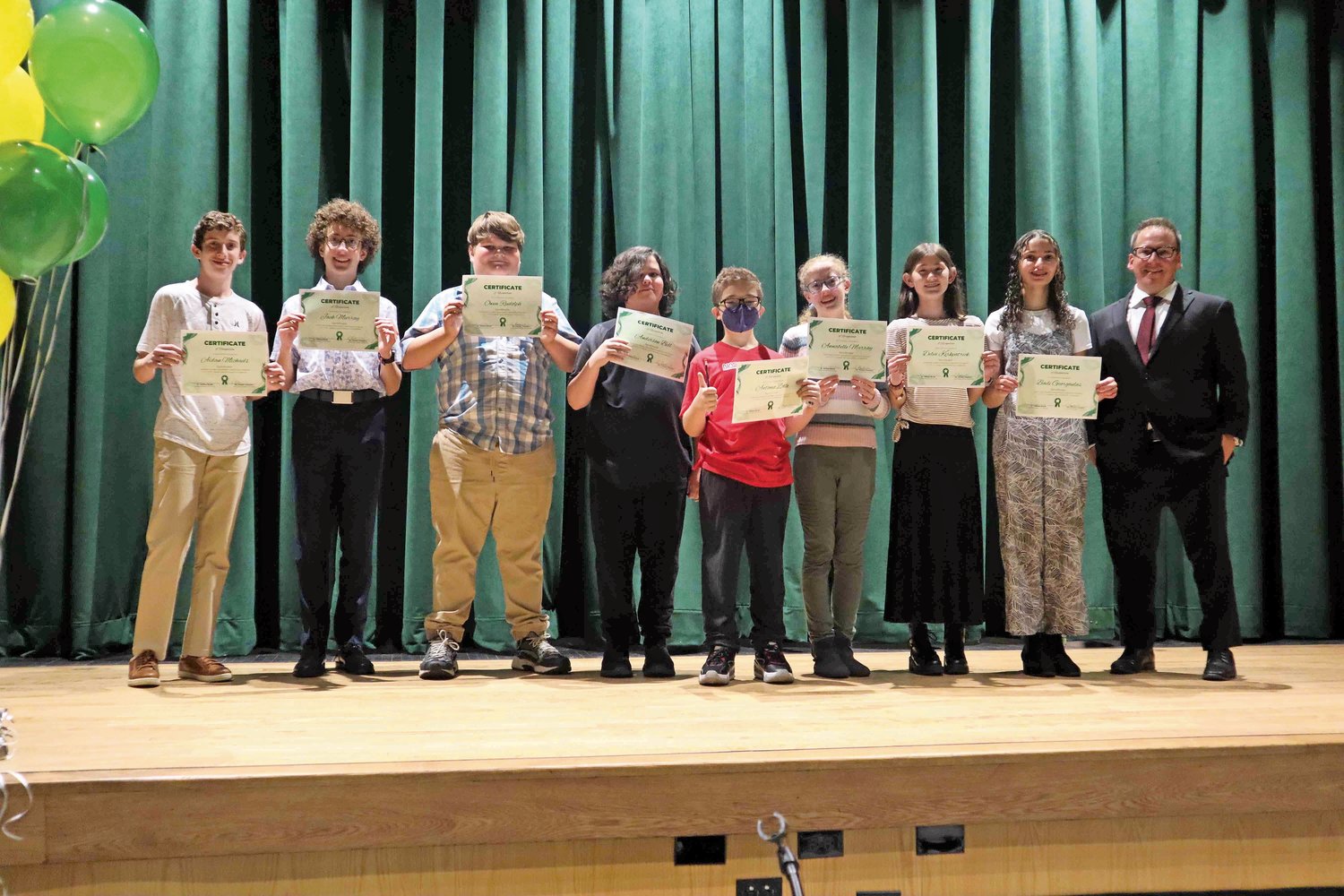 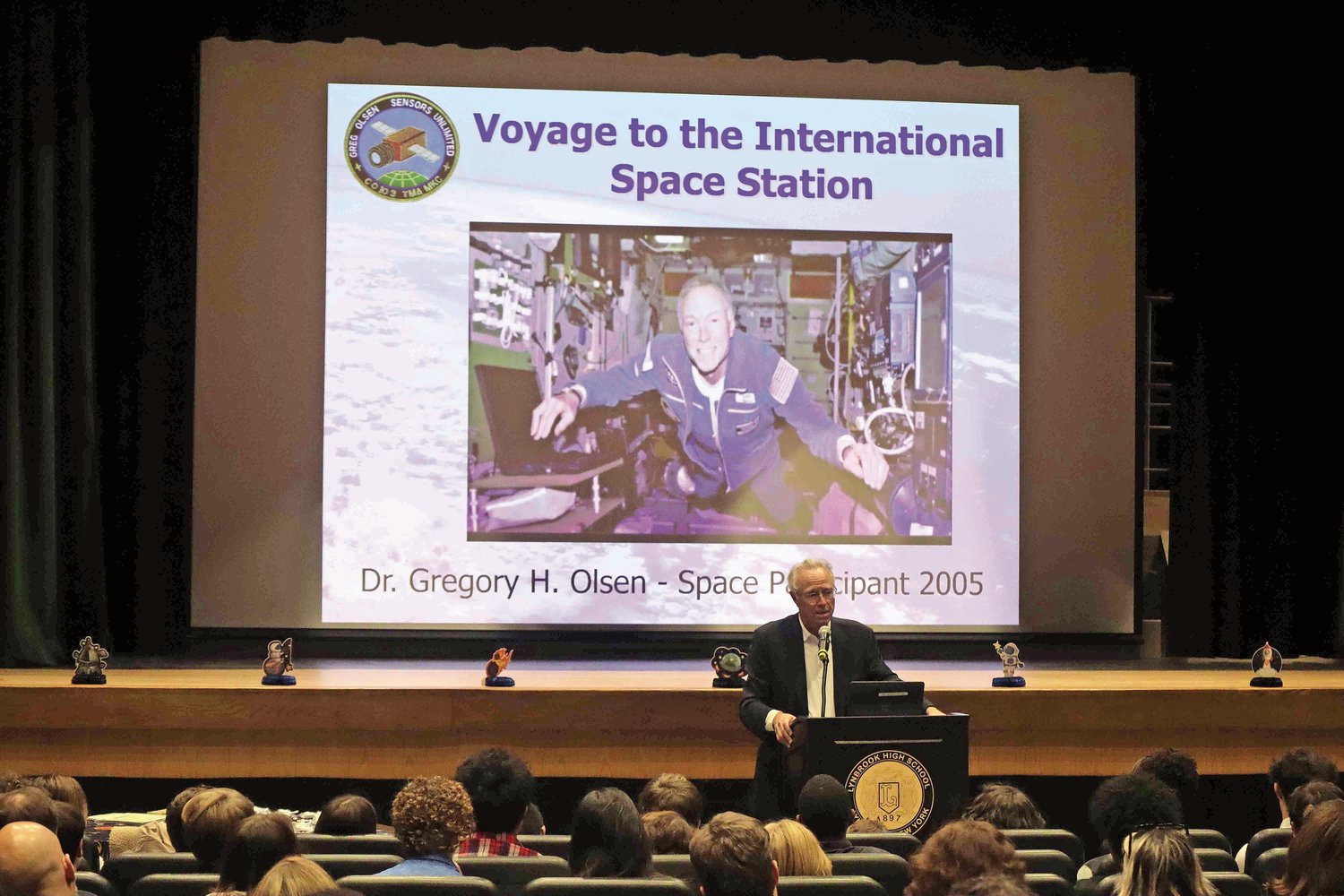 Greg Olsen, who logged almost 4 million miles of weightless travel while aboard the International Space Station in 2005, was a keynote speaker at the symposium.
Photos courtesy Lynbrook Public Schools
Previous Next

Three teams of finalists were chosen on Nov. 1 for the Lynbrook Public School District’s Project L.I.F.T.O.F.F. Leader and Innovators. These three teams will compete for a chance for one project to be sent to the International Space Station.

More than 200 teams of Lynbrook students in grades six through nine submitted proposals for microgravity experiments that covered a wide range of science topics. Fourteen semifinalist teams attended the special symposium in the Lynbrook High School auditorium. The night ended with the selection of three finalist teams who are a step closer to realizing the dream of becoming real life space scientist.

Attendees watched a presentation given by Greg Olsen, who was the third private citizen to orbit the Earth on the ISS in 2005. Olsen displayed photos and videos from his time in space, which some demonstrated how his typical daily routines were altered while living without gravity. Olsen’s speech helped invigorate students’ and parents’ interest in space exploration.

Each semifinalist team received certificates and goodies from their teachers. The North and South Middle School principals, Marianne Healy and Kaitlin GaNun, announced that Anderson Bell, Liam Proper, Owen Rudolph, and Antonio Zollo were the finalists for the project.

Project L.I.F.T.O.F.F. — Lynbrook’s Inspirational Flight to Orbit for Future Leaders and Innovators — is part of the district’s participation in the Student Space Flight Experiments Program. This program is part of the National Center for Earth and Space Science Education in the U.S. as well as the Arthur C. Clarke Institute for Space Education Internationally. This is made possible because of a partnership with NanoRacks LLC, which is working with NASA under a Space Act Agreement as part of the utilization of the ISS as a National Laboratory.