Lynbrook's Hot Skates to be converted into storage facility 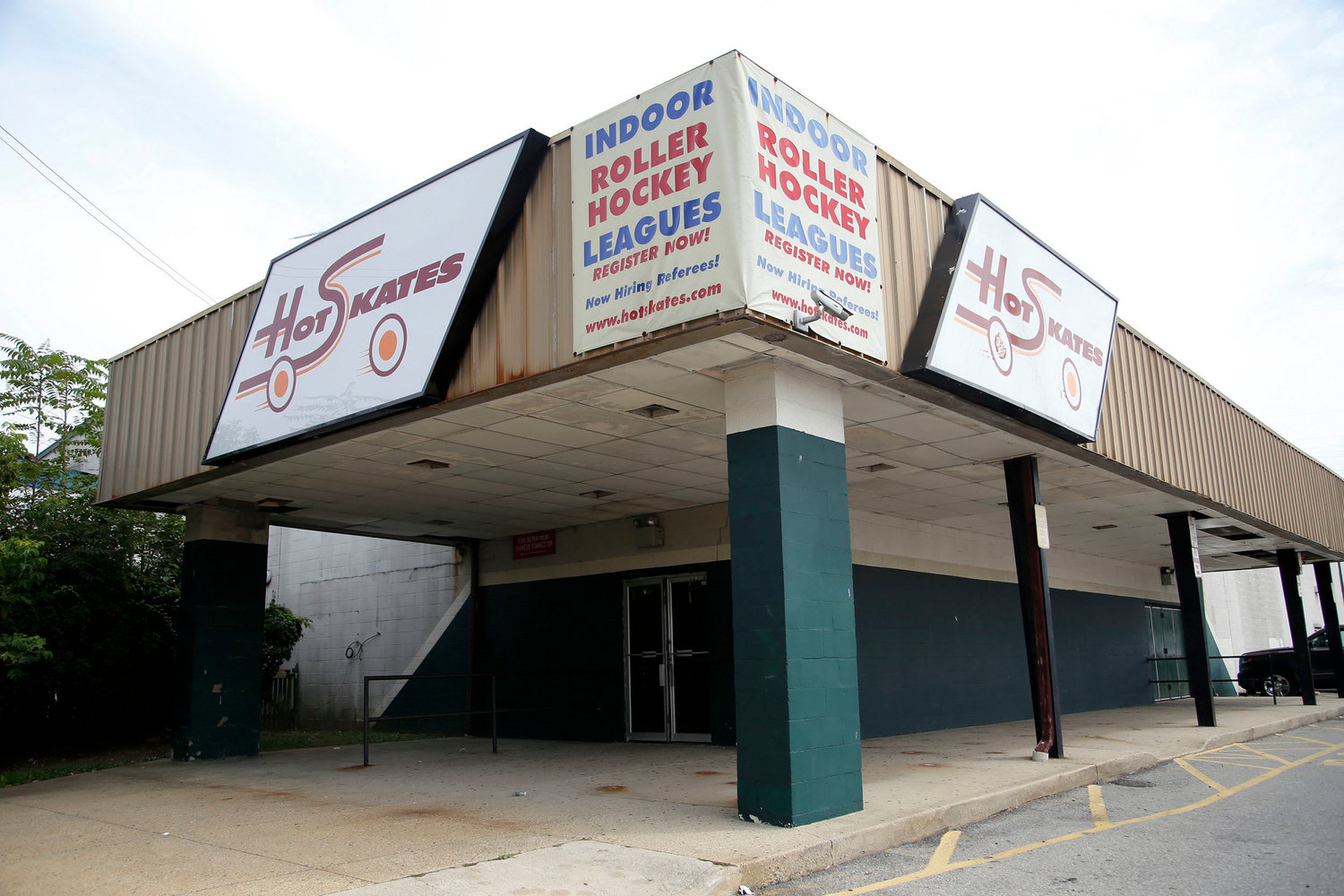 Georgia-based Mequity Acquisitions LLC is in the process of purchasing Hot Skates, at 14 Merrick Road in Lynbrook, and plans to convert it into a storage facility.
Sue Grieco/Herald 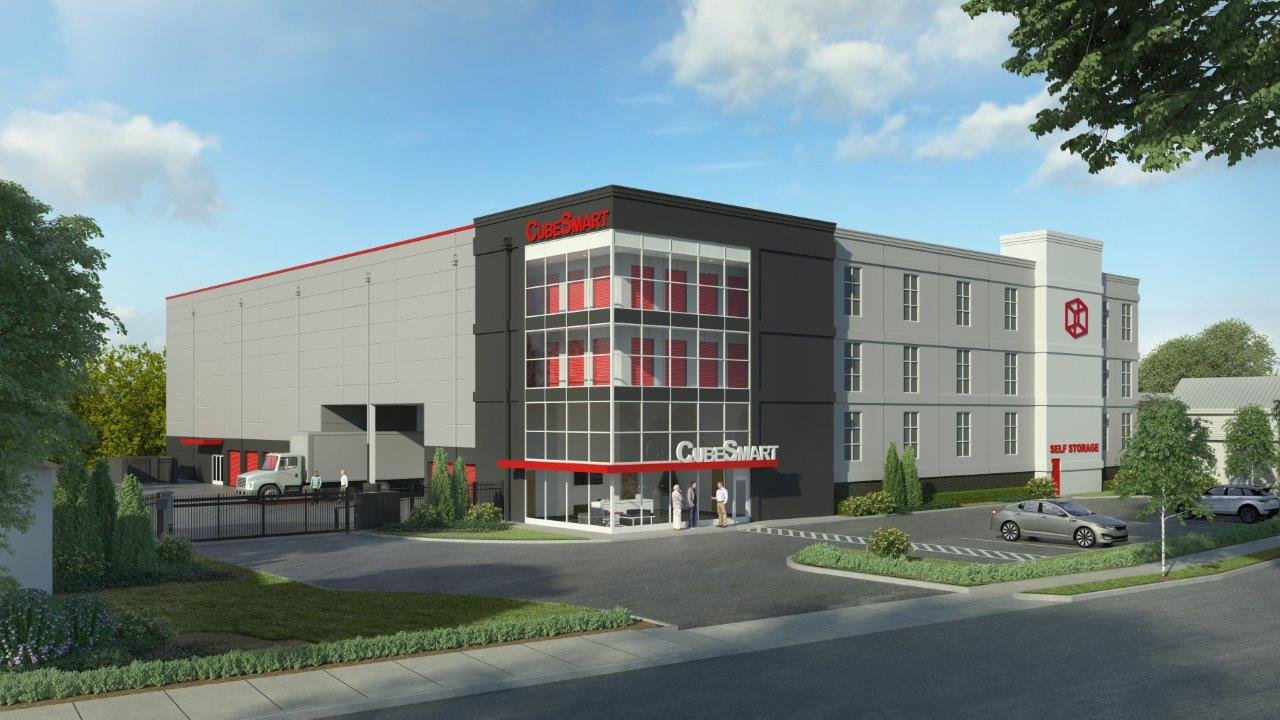 A rendering of the proposed CubeSmart facility. The building would be three stories high and measure just over 128,000 square feet.
Courtesy Mequity Acquisitions, LLC
Previous Next
By Michael Smollins

Amy Guerrette is among many local folks with fond memories of the Hot Skates roller rink in Lynbrook, which is about to be sold, torn down and converted into a storage facility.

“So many good memories at Hot Skates,” Guerrette said. “From elementary school birthday parties to Friday nights with friends in middle school. Hot Skates was such a staple.”

The roller rink has been a fixture at 14 Merrick Road for decades, but Georgia-based Mequity Acquisitions LLC is in the process of purchasing the building. According to village Building Department Superintendent Brian Stanton, the deal will be finalized once all approvals are met. Mequity is seeking to construct a three-story, 128,000-square-foot storage facility, to be called CubeSmart, at the site, CEO Bill Marsh said.

“We’re excited to be coming into the Lynbrook market,” Marsh said. “The market in Lynbrook and the surrounding villages is underserved with a high-quality, climate-controlled storage product, so we believe that we’ll be fulfilling a need.”

Marsh said owner Rochelle Bernstein had planned to close the rink for a number of years before agreeing to sell it to Mequity. Reached by phone, an unidentified Hot Skates employee declined to comment on the sale and said the owners would not discuss it until it was final.

Mequity must now submit additional information to the Building Department, the Department of Public Works and the Nassau County fire marshal, according to Stanton. Once it has, he said, a permit to demolish the rink would be issued, along with a permit to construct the new facility. The building would be just under 42 feet high, and construction would begin in mid-2019. It is expected to open for business in 2020, Marsh said.

The site, Stanton said, is in the village’s industrial zone, and the new facility would not negatively impact neighboring properties. Stanton noted that its exterior would “give the impression of office use,” including landscaping that would “soften up the look of the building.”

He added that it would not exacerbate the village’s parking woes. “Self-storage use does not require large amounts of parking, as customers come and go sporadically,” Stanton said. “Therefore it should not cause parking or traffic concerns.”

Mayor Alan Beach said that the Board of Zoning Appeals had determined that a minimum of 16 parking spaces would be needed to accommodate the facility’s customers during peak hours. It would have 23 spaces. Beach lauded the project, saying that it would benefit the village because it would generate more tax revenue than Hot Skates does. He could not estimate that revenue, however.

“I’m happy something is going to go there that is going to be very neat and clean,” he said. “It’s a beautiful building, and I don’t see any strain on the community with having a storage facility there. It’s out of the way. I think it’s a good location.”

Many residents who answered a Herald Facebook inquiry about the project were unhappy, however. “How about a more updated skating rink or something else for kids — not storage,” Patrice Tuzzio Sirufo wrote.

Others said there are already storage facilities in nearby villages like East Rockaway and Rockville Centre. “How many storage facilities do we need?” Jeff Esposito wrote. “How about the village buys it and builds a mixed-use indoor sporting facility, so we have more winter activities for our children? Indoor soccer, hockey.”

For years there have been discussions about redeveloping Hot Skates. In August 2017, developers from Mill Creek Residential pitched ideas to Lynbrook officials to build a transit-oriented residential community on the three-acre site where Hot Skates, Fun Station USA and Hi Tech Security operate. Ten days after their initial proposal, after lukewarm reactions from officials and residents, contract talks ended.

Hot Skates became a village hot spot in the 1980s, many residents said. It continues to be a venue for children’s birthday parties, adult-only skates with DJ entertainment and roller hockey. It has also been used as a filming location for TV series, including Netflix’s “Unbreakable Kimmy Schmidt,” the short-lived CBS sitcom “Kevin Can Wait,” starring Kevin James, and ABC’s “The Bachelorette,” among others.

“The memories are endless,” Lisa Lusardi-Burke said. “. . . I skated there every Saturday growing up. I remember in the ’80s when music videos became the thing, we all stood in awe when a giant video screen came down. Watching videos by Wham, Frankie Goes to Hollywood, Duran Duran and Michael Jackson. Fun times.”