The Changing Face of Long Island

You name it: civil war, terrorism, the drug trade, poverty, lack of opportunity 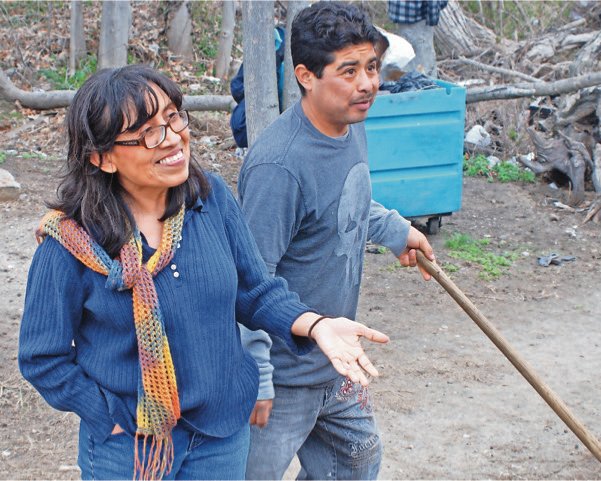 Mirna Cortes, of Freeport, emigrated from Nicaragua to the United States as a student and stayed because of a civil war that erupted in the Central American country in 1979.
Scott Brinton/Herald 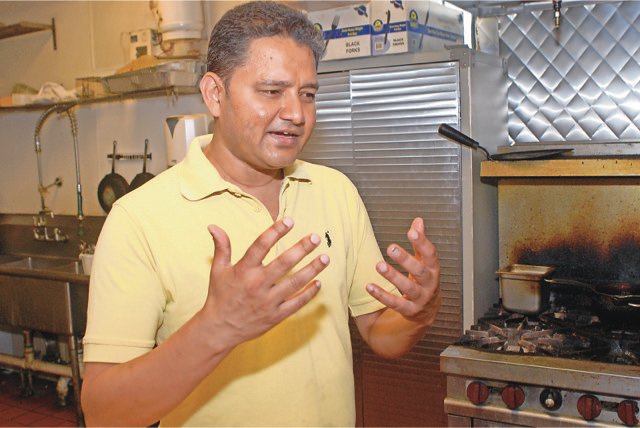 Ridwan Siddiqui brought his family to the U.S. from Nigeria to escape the terrorist violence that roiled the African nation in 2012-13.
Scott Brinton/Herald
Introduction

People arrive on Long Island, in particular the Town of Hempstead, from points around the world. According to statistics, the pace of immigration has accelerated over the past two decades, changing the face of Long Island, which was known for years as a largely white suburb of New York City.

Over the next seven weeks, the Herald will document the lives of the immigrants and people of color who are rapidly transforming Long Island’s demographics and reshaping its educational, political and economic landscapes.

Part one in an ongoing series.

The year was 1979, and Nicaragua was on fire. The Sandinista National Liberation Front had bloodied an already scarred nation as the rebel group sought to overthrow the brutal Somoza dynasty, which had ruled Nicaragua since 1927. Journalists were murdered. Ten- and 12-year-old children were kidnapped and forced to fight for one side or the other.

The U.S.-backed Somoza family, in power for four decades, had taken hundreds of thousands of acres of Nicaragua’s crop and cattle land. The Sandinistas, considered left-wing socialist guerillas, wanted it back.

Mirna Cortes, now 65 and living in the Village of Freeport, was 28 then and had come to Western Michigan University to study sociology and public relations when the civil war broke out. She had planned to return to Nicaragua after completing her studies. Her family, however, advised her to stay put in the United States. Nicaragua was too dangerous.

She is like so many of the millions of immigrants who have streamed into the U.S. in recent years. They have come to escape Cold War proxy fights, the drug trade, gang violence, poverty and lack of educational opportunities. They have come seeking better lives and more secure futures for their children.

Coming to America
“My family was discouraging me to go back . . . The fight was coming to the city,” Cortes said, referring to Managua, Nicaragua’s capital of 2.2 million people, where her family lived.

There were no jobs to be found. Food was scarce. Many were starving. “My mother said you can hardly find anything here,” Cortes recalled. “My parents said, ‘We think you’re better off there.’”

And so she stayed.

After earning her bachelor’s degree, Cortes moved to New York to live with her younger sister, Yelba, who had settled in Freeport. Cortes met a man named Don Obers, an American social worker, at a fundraiser for a peace group seeking to stop the fighting in Central America. He wore a T-shirt that read, “U.S. Out of Nicaragua.” That caught her attention. A year later they bumped into each other shortly after he had returned with a peace delegation from Nicaragua. They married in 1989 and now have two adult children, ages 26 and 23.

Cortes is now a part-time assistant director at the Freeport Work Hiring Center. She recently retired as a social worker from the Central American Refugee Center in Hempstead.

Then there's Ridwan Siddiqui, 48, whose family is of Indian-Pakistani descent. He and his wife, Ainee, moved with their two teenage boys, Noman and Rehan, from Nigeria to Bellmore in 2013. They had family in nearby Merrick.

In recent years, Siddiqui said, Nigeria has become increasingly chaotic because of the terrorist group Boko Haram, which is seeking to establish an Islamic state there ruled by Sharia law, requiring headcoverings for women, fasting and daily prayers. The group kills indiscriminately, and kidnaps girls to force them into sexual slavery in “rape camps.”

Siddiqui, who is Muslim, lived through riots in which he saw men, women and children hacked to death with machetes, their bodies left burning on the roadside. Still, he and his wife said they loved Nigeria. They were prosperous. They owned two thriving Indian restaurants in a country that is mad about Indian food. They had not intended to emigrate.

The tipping point, when they decided to take their chances on a jet plane and leave for America, came on Jan. 20, 2012. That day, armed Boko Haram militants stormed police stations and freed prisoners, shot pedestrians on the street and set off powerful bombs in Kano State, a region of northwest Nigeria with a population of nearly 9.4 million. Three bombs blew up less than 600 feet from the Siddiquis’ restaurant, Spice Foods, in Kano, the capital.

The blasts shook his restaurant, partially collapsing the roof. His other eatery, which featured mahogany benches, later burned down after a power surge ignited the thatch roof. He lost a $38,000 investment in the restaurant that day. Insurance covered nothing, which is common in Nigeria.

The Siddiquis said they wanted to live in a country where the rule of law was respected and their children could receive exemplary college educations.

They re-established themselves with a new restaurant, Ridwan’s Wantagh Clay Oven, on Sunrise Highway, near the Wantagh train station. It’s a tiny eatery, with a half-dozen booths. Multi-colored cloths adorn the walls. The bitter-sweet scent of curry, fennel and garlic permeates the air. Indian accordion music, with a thumping drum beat, can be heard over the sound system. Siddiqui serves heaping plates of butter chicken and chole bhature (chickpeas in a spiced sauce) and samosas (potato-and-lentil cakes spiced with coriander), among many other traditional Indian dishes.

He and his wife earned college degrees in electrical engineering and English literature, respectively. They learned Indian cooking from their families, with recipes and techniques that have been passed down through the generations. Ridwan takes care of the meats, and Ainee, the vegetables. It’s just the two of them, making a go of it in a hyper-competitive restaurant market.

‘Sad to leave’
Their thoughts turn often to Nigeria. “It’s much tougher over here,” Ainee said. “We had a nice, laid-back life in Nigeria. Everything is more expensive here than it is in third-world countries. I take a step every day, one day at a time, one step at a time.”

Despite it all, Ridwan said, “We were sad to leave Kano. We miss Kano.” Their home had a lush vegetable garden, fig plants, banana trees and chickens.
The couple take comfort, they said, in the thought that their oldest son, Noman, now 19, is studying at SUNY Oneonta, and Rehan, 12, at Grand Avenue Middle School in Bellmore.

Cortes said that she, too, often thinks of her homeland. “People are very friendly” in Nicaragua, she said. “You enjoy life. People, they welcome you. There is a sense of community.” She said she misses the food –– in particular, stuffed plantain wraps with diced pork, tomatoes and green peppers.

The majority of immigrants wouldn’t leave their countries if they were not desperate, Cortes said, adding, “Who wants to leave your family and friends to do something different, with a different language and culture?”

Mario Murillo, a Hofstra University radio, television and film professor, with specialties in Latin American and Caribbean studies, said the pace of immigration from Central and South America might have increased in recent decades, but it has been happening since the 1950s. The reason has nearly always been one and the same: People fleeing coups and civil wars in which tens of thousands of people are massacred. There’s a name for it: la violencia, the violence.

Murillo was born in New York City in 1966. His mother was Puerto Rican, and his father, Colombian. In high school he lived in Colombia and Venezuela before returning to the U.S. He now makes his home in Jackson Heights, Queens, one of the most diverse immigrant communities on the planet.

Immigrants, Murillo said, “are just like everybody else. Everybody has the same aspirations.”

Most, he said, “are leaving under very difficult circumstances. A lot of them come with no intention of returning. They come with very big holes in their hearts. They don’t want to leave.”

Immigrants often give far more than they receive, he explained. “The idea that they’re going to cause harm,” he said, “is completely contrary to what they’re contributing to the country.”

Pat Young, a Hofstra Law School graduate, is the program director at the Central American Refugee Center, housed in a second-floor office on Franklin Street in Hempstead. The refugees whom Young sees have all immigrated to escape, he said, and they have come to Long Island because they know people here, if only loosely. Men often immigrate first, seeking work as day laborers or bus boys. When they have saved enough to bring their families, they do.

“Every man brings over one woman,” Young said. “That’s a lot of people.”