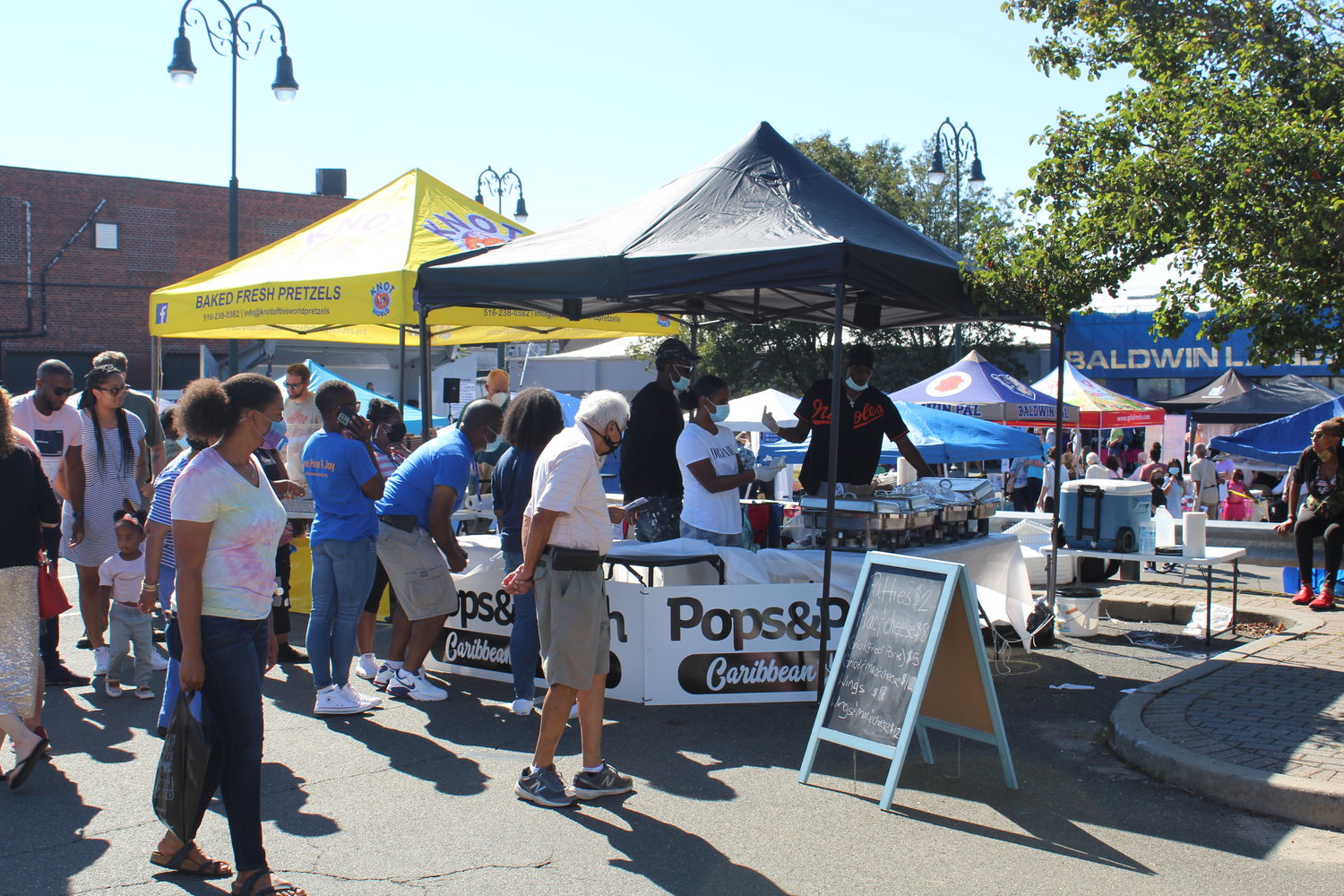 Pops and Poosh, a Caribbean Food Vendor, was a popular booth.
Karina Kovac/Herald 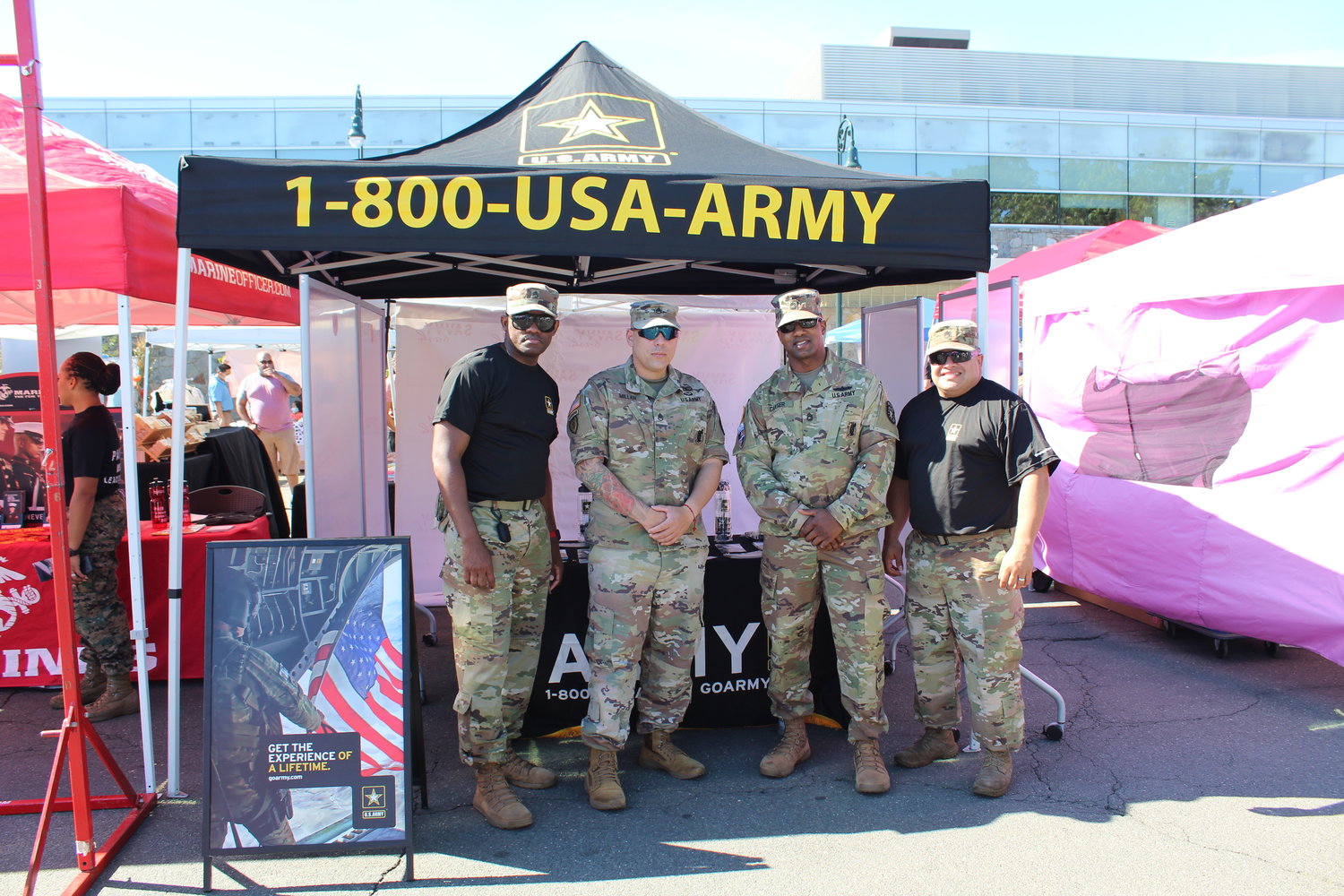 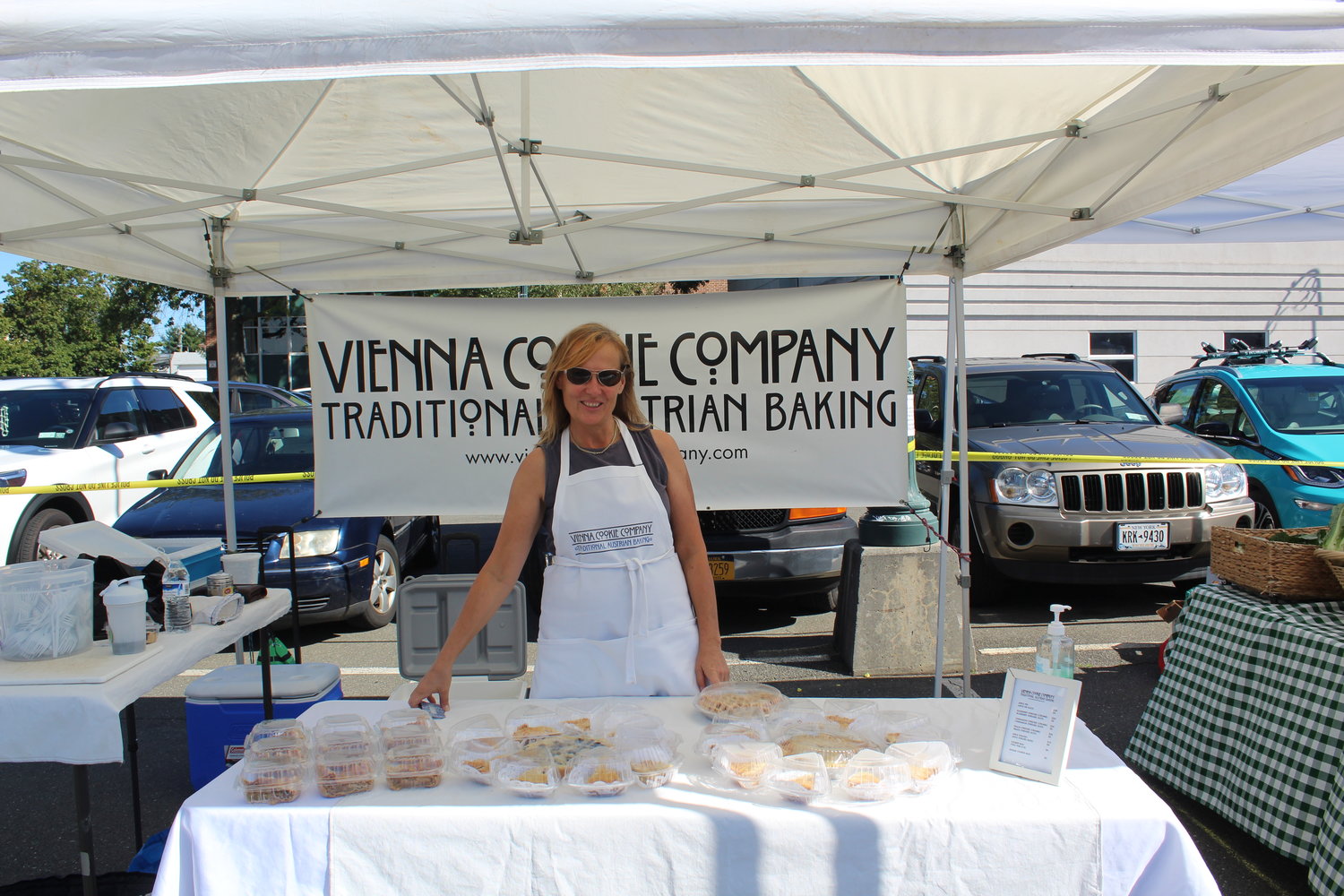 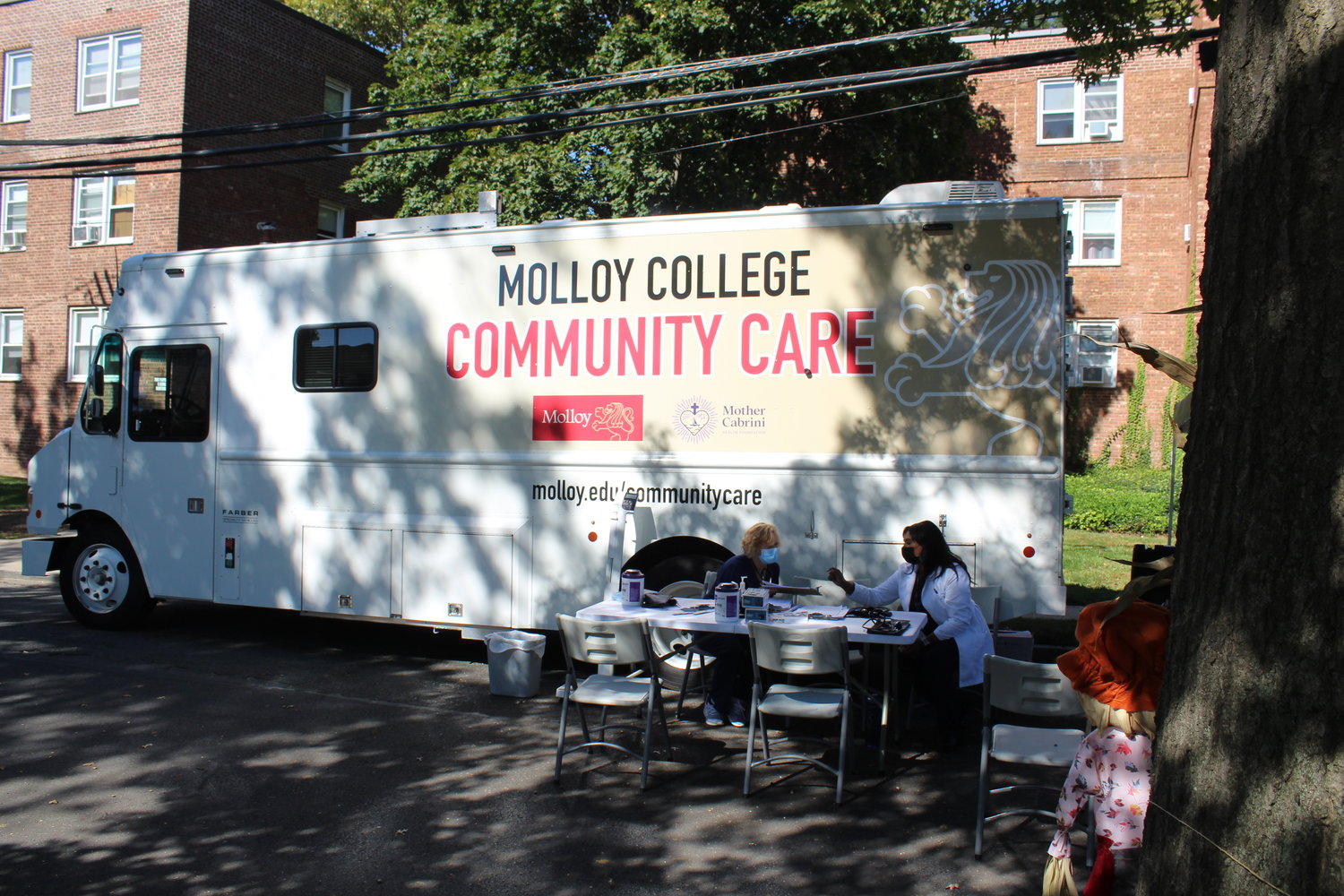 So many people commented that the feeling of community spirit and pride was overwhelming.”
Claudia Gulli Rotondo, Baldwin
Karina Kovac

Behind the Baldwin Public Library, more than 70 vendors took part in the Grand Baldwin Festival Sept. 25 from noon to 4:30 p.m. Organized by the Community Coalition of Baldwin, the live music, food, activities and a pop-up marketplace had spectators and participants pouring in.

Entering the white, yellow and blue balloon archway, immediately a blend of Caribbean, Jamaican and Irish cuisine hit participants’ noses. One vendor, Pops and Poosh, was so busy that one bystander in line said, “They have to keep bringing new food because they keep running out at the stand.”

Another big hit was the Austrian cookies and baked goods table set up by the Vienna Cookie Company, whose streusel cake was in high demand. Other local businesses present were Aaron Ice Cream, Angie Treats, Chowderhead Soup, Coalhouse Grill, Knot of this World Pretzels and the Irish Pub.

With food in hand, people gathered around the stage to listen to an assortment of musical talents. Baldwin High School had some of its singer and ensemble students perform alongside The Precisions, the Nassau Dance Center, Sparkle on Stage, Pat’s Dance Studio, New World Music, Diana Schimkus, Mortal Moment, Fancycat, Acoustic Color, Rhythm Junkies and Matt Wilson’s Swirly Scene.

Arts and crafts vendors sold their handcrafted goods, while others allowed festival-goers to make their own. Kids watched as their drip painting was spun around to create a unique final product. The character of the town itself was present in the jewelry, bags and outfits offered.

One invention that caught attention was XBlendz, which was touted as “the world’s first Black-owned blender.”

The Baldwin Historical Society had a booth run by Doris Lister and Maureen Herman, who took to social media to state that their goal was to inform the public and preserve Baldwin history, noting, “We hope you learned about our town’s history that you may not have known before and maybe consider joining us in our efforts.”

Likewise, Claudia Gulli Rotondo, an event planner, shared photos and echoed the sentiment of the day on social media, writing, “The weather was perfect! The vendors and sponsors were awesome! The crowd was phenomenal! A grand time was had by all! So many people commented that the feeling of community spirit and pride was overwhelming!”

In addition to the Baldwin Fire Department, whose headquarters are near the library, and Baldwin Emergency Medical Services, the Molloy College Community Care Mobile Clinic brought preventive services such as health screenings, physical assessments, speech and hearing screenings, mental health screenings and more into an accessible space.

The event had been canceled last year because of the coronavirus pandemic. This year, the organizers remained vigilant about the current state of the pandemic and implemented and enforced safety protocols, including mask wearing and social distancing, which were aligned with town and county guidelines.

The Baldwin Chamber of Commerce released a statement after the event thanking members who handed out giveaways and membership information, concluding, “What an amazing day! What a great town we have!”

Money raised during festival will be reinvested in other community-building events and student scholarships, the Community Coalition of Baldwin said.