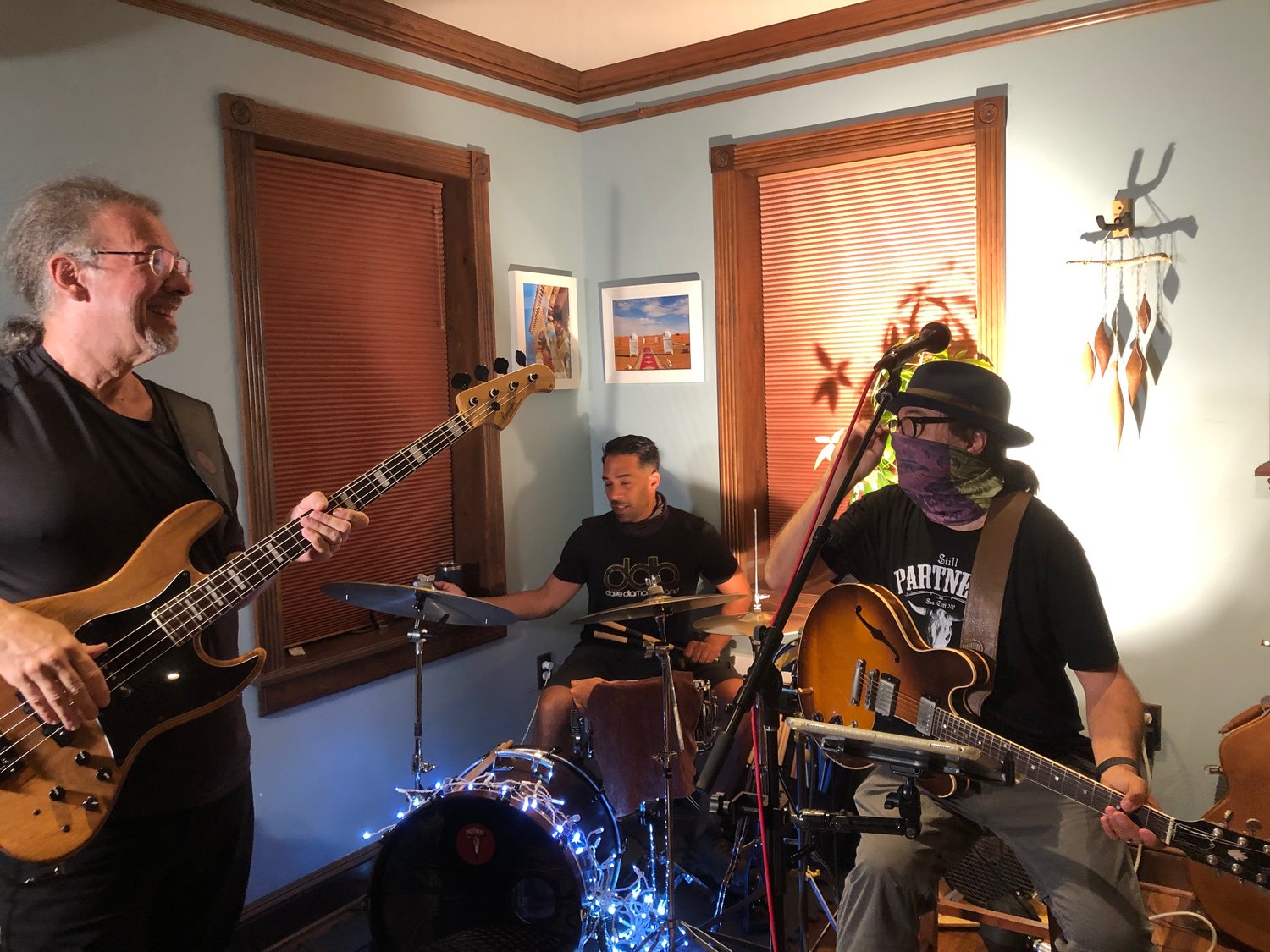 The Dave Diamond band, made up of bassist Craig Pivett, left, drummer Adam Polatov and guitarist Dave Diamond, took the stage as the fourth act in the Still Partners fundraiser to save one of their favorite venues.
Courtesy Dan Roth 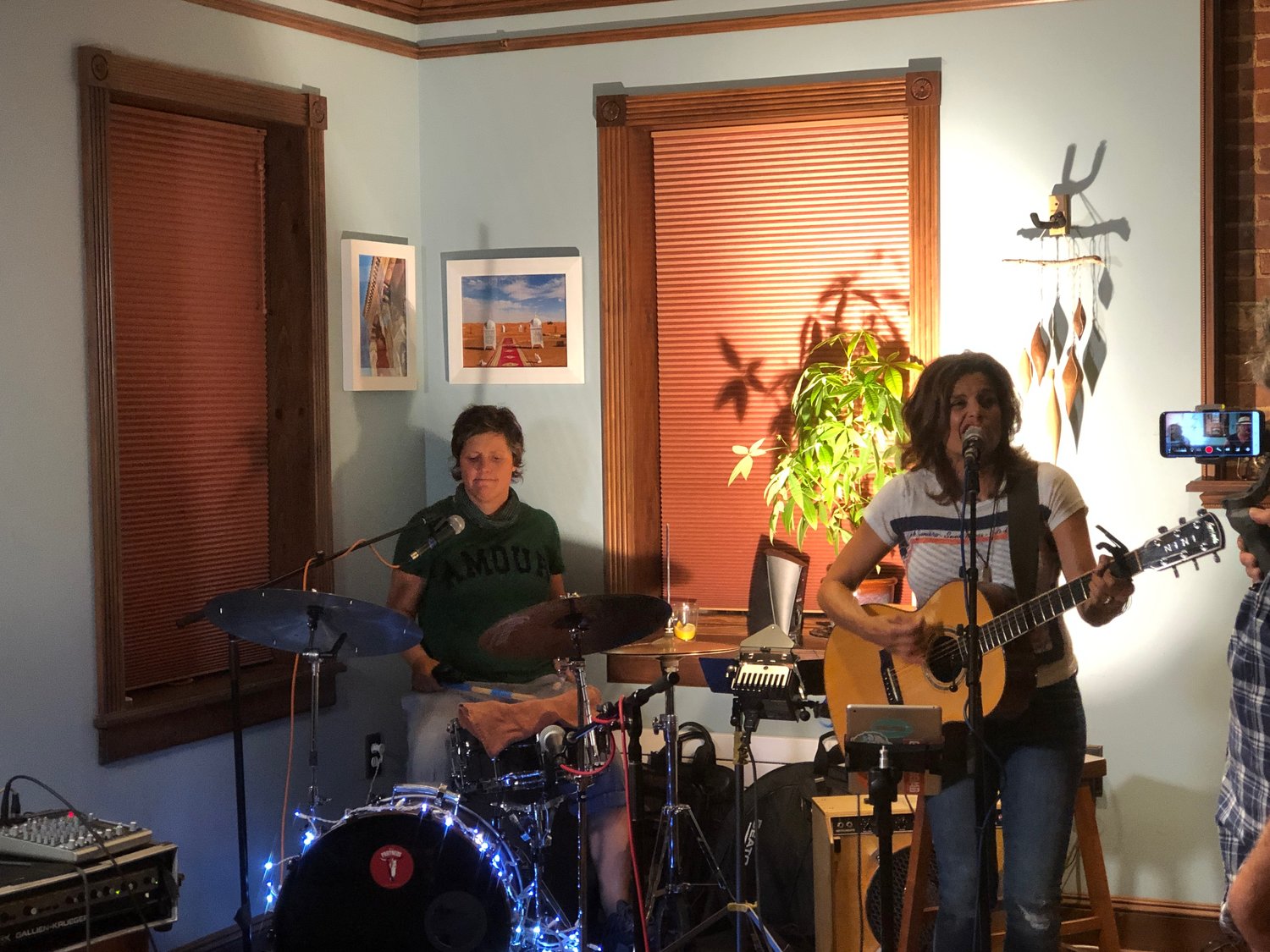 Antigone Rising members Kristen Henderson, left, and Nini Camps are an integral part of the Sea Cliff music scene, and have played at Still Partners many times.
Courtesy Dan Roth 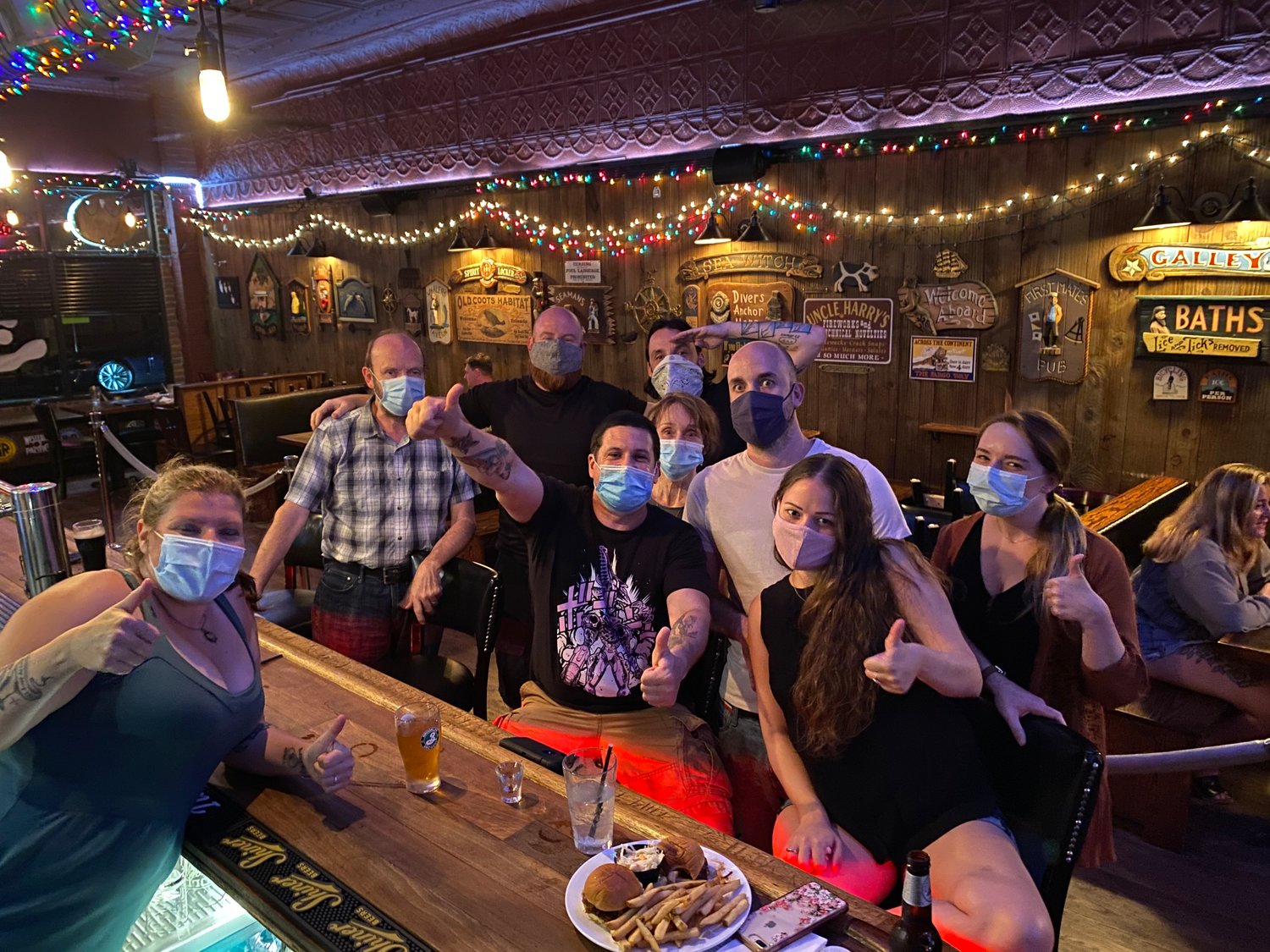 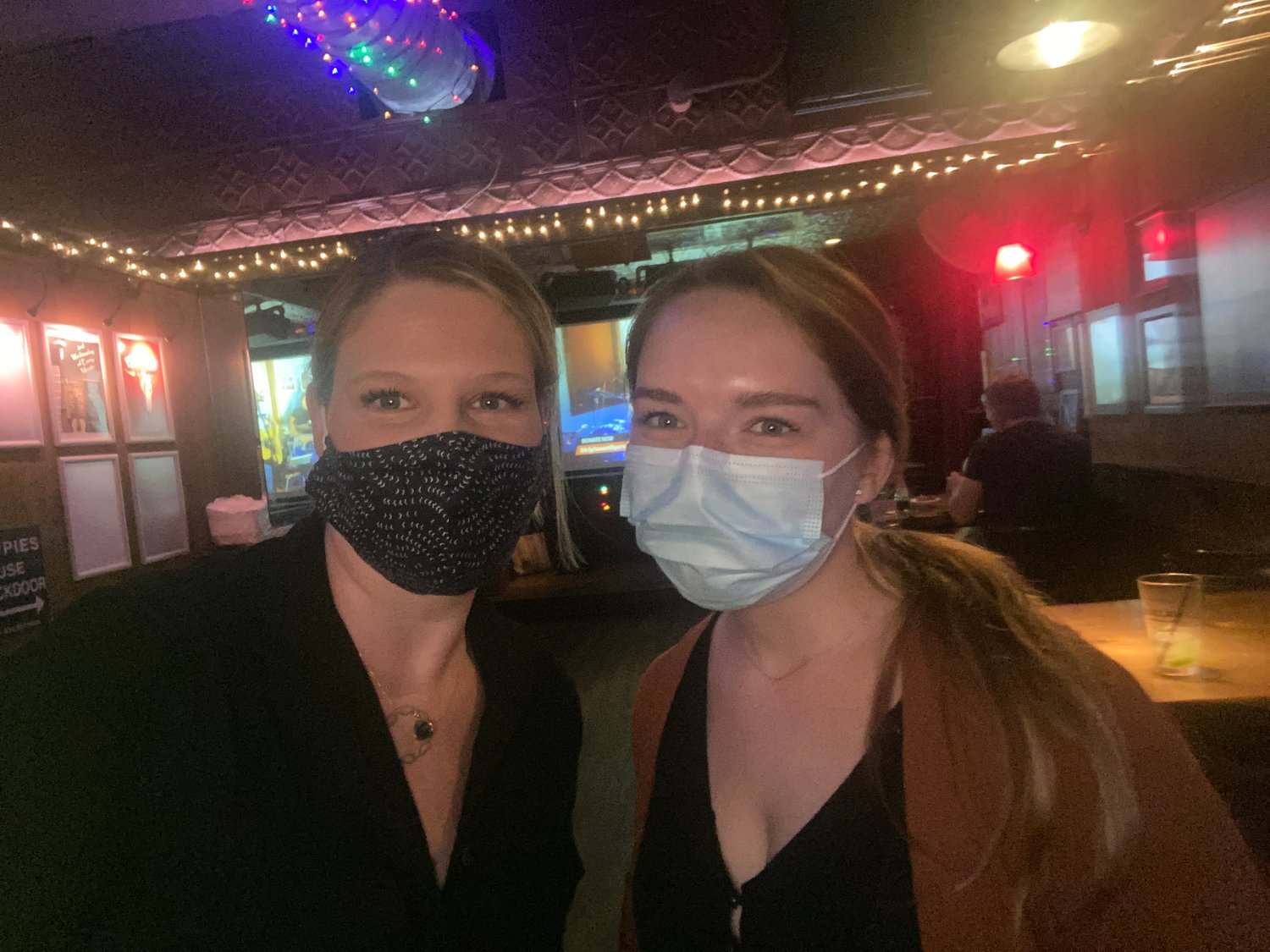 Donations to support Still Partners can be made at www.gofundme.com/f/save-still-partners.

Since owners Dan Roth and Ray Capone took over the Still Partners restaurant and bar in 2013, it has been a fixture in downtown Sea Cliff. The gastropub, on Sea Cliff Avenue, is known for its upscale classic American menu, variety of drinks and casual atmosphere.

It is perhaps best known, however, as the premier venue for local bands to perform for dozens of patrons every week, which was a focal point of an Aug. 12 fundraiser organized by residents to help keep the business alive, as it has struggled during the coronavirus pandemic, Roth said.

The fundraiser saw five  musical acts set up in Roth’s living room for performances that were live-streamed on the Still Partners Facebook page. A GoFundMe page was set up to accept donations during and after the show. As of press time Wednesday morning, more than $56,000 had been raised.

Roth said it has been difficult for Still Partners to adapt to a takeout and minimal in-house seating formula because its concerts served as a major revenue source. “It’s been really hard to make ends meet,” he said. “Basically, since St. Patrick’s Day we haven’t been able to pay ourselves or pay rent.”

Roth said that proceeds from the fundraiser would help the restaurant catch up on its expenses.

Several cameras were set up in Roth’s home to capture the performances, one of which was hand-operated by Capone. Ian Busching, CEO of Dig Down Media, handled the live-streaming.

Sea Cliff resident Jennifer DeSane said she organized the fundraiser because the Still Partners staff has become something of a second family to her. Although she grew up in the village, she moved out after she went to college and then lived in Sag Harbor, spending 15 years away from her hometown. She said she moved back to the village two and a half years ago, and Still Partners became one of her favorite places.

“A lot of the fun things in my life happened because of Dan and Kathleen [Di-Resta, Roth’s wife and the owner of K. DiResta Collective], so it was important to me to help them and give back to them,” DeSane said. “I genuinely love everyone who works there. They’re all consistently giving back to this community in countless ways, and I just feel that it was important that we all step up for them now.”

Resident Jaime Teich helped promote the fundraiser, coming on board when she contacted Roth about her pandemic aid project, Love Your Neighbor. She said she was looking to partner with Still Partners to distribute masks and hand sanitizer, and although Roth said he would help however he could, he said the business was in trouble. Teich said she decided to help him however she could.

The idea of Still Partners not being in Sea Cliff was disheartening, Teich said, and was thrilled to see how successful the fundraiser became.

“I thought it was awesome,” she said. “Given that we all work really at our day jobs, we all have families, the fact that we were all able to put this together was pretty tremendous. I think the community really showed up and stood up for Still Partners and what they represent in the community. I think it was awesome.”

Five acts performed during the three-hour fundraiser, one of which consisted of Andy Aledort on guitar and Mike DiMeo playing keyboards. Aledort, who has lived in Sea Cliff since 1992, said Still Partners is one of the most beloved establishments he has seen in the village. He said he has grown close with Roth, whom he has performed with in gigs several times, as Roth is a drummer.

“The fundraiser not only was something that was really needed for [Still Partners] and well-embraced by all the musicians,” Aledort said. “Even more important, it was well-embraced by the community.”

The pandemic has forced the closing of many bars and restaurants on Long Island, Aledort said, and he was proud to playing a part in helping to save one of Sea Cliff’s defining businesses.

“It’s going to be a tough road,” he said, “but we’re all really hoping Still Partners is here to stay.”

Roth and Capone said they were pleased to see such community support. Capone, who said he did not recognize most of the donors’ names on the GoFundMe page, added that the outpouring of generosity was humbling.

“As a restaurant owner during this time, you kind of just feel like you’re doing everything wrong because you can’t make ends meet,” Roth said, “and just to have everybody [support us] is really amazing and a testament to what we do. People like what we do, and they don’t want to see us go . . .We are blessed to have such support.”