A first look at Shore Road improvements for S.C. and G.C. 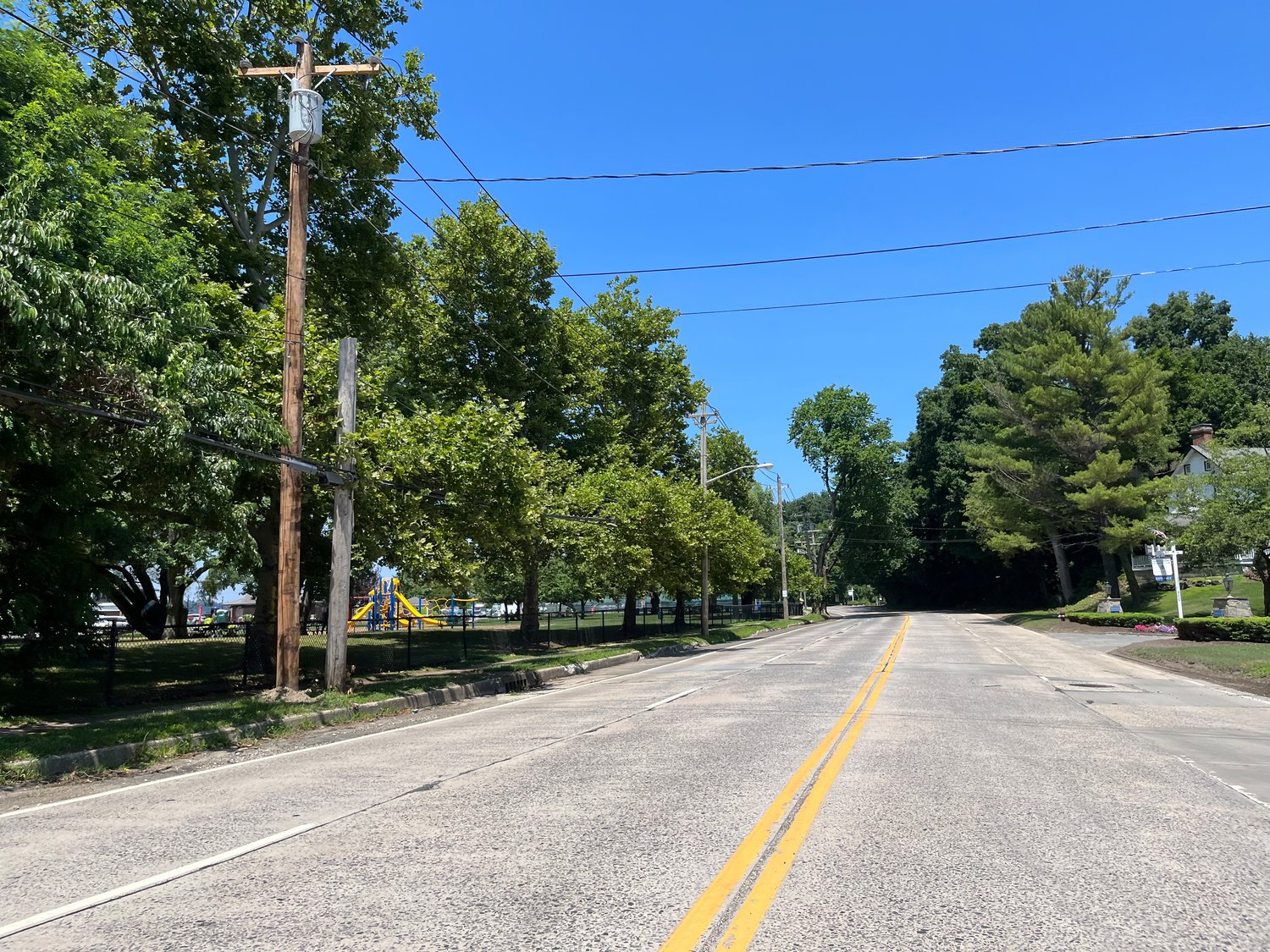 Upgrades to Shore Road will also include improvements to the drainage system, because the road is close to the water and floods frequently during foul weather.
Will Sheeline/Herald

While the sketches were preliminary, they showed a lot of the meat and potatoes we were hoping for in this redesign.”
Bruce Kennedy, Sea Cliff village administrator
By Will Sheeline

Preliminary concepts for the much-maligned Shore Road were made public at a meeting held at Glen Cove City Hall on July 12. Although the concept-art is the first step to fixing Shore Road, residents agree that it is a step in the right direction.
Since 2018, residents of the street in Sea Cliff and Glen Cove have banded together to combat what they see as the dangerous driving culture of Shore Road. The Shore Road Neighbors Group has been fighting for a redesign of the thoroughfare, arguing that its design, lack of stop signs and regulations means drivers treat it like a highway, encouraging speeding.
The preliminary designs for Shore Road were presented by Commissioner Kenneth Arnold of Nassau County’s Department of Public Works and Chris Laberty, an associated traffic engineer assigned to the project. They discussed the design at length, fielding questions about the proposed design and acknowledging where further improvements could be made. Neither could be reached for comment after the meeting.
The design featured several notable improvements to the road’s structure, including the addition of speed monitors, stop signs and lights. The county is not adding speed bumps because it no longer builds them due to the damage they can cause to vehicles’ suspension. The design included changing some multi-lane sections of the road into single lanes, to further reduce traffic.
Sea Cliff Village Administrator Bruce Kennedy claimed the preliminary drawings showed a lot of promise for the residents who had been a part of the five-year struggle to update Shore Road. Kennedy said the speed monitors would show drivers that they are driving over the speed limit in real time.


“There is a significant efficacy to these signs in that when people recognize the fact that they are traveling over the speed limit, usually around 80 percent of people immediately hit the brakes,” Kennedy asserted in a later interview. “While the sketches were preliminary, they showed a lot of the meat and potatoes we were hoping for in this redesign.”
Shore Road resident Lora Cusumano from Glen Cove, one of the first to take up the torch for this project and a founder of the Shore Road Neighbors Group said she and others who live on the street will continue to take an active part in the ongoing discussions regarding future improvements.
She plans to survey fellow residents about further changes they’d like to see. She will send the results to Nassau County Legislator Delia DeRiggi-Whitton, of Glen Cove, who has been working directly with the SRNG since 2019 to get this project done.
“[The survey] is just to get a more general consensus of some of the things the residents are looking for, because some of the things that we would like to see would be a wider sidewalk along one side of the road, and possibly parking on only one side as well,” Cusumano said. “The goal is to lessen traffic on the road and make it more residential. We want it to be safer for people to enjoy it by being able to walk and ride their bikes.”
DeRiggi-Whitton said although Shore Road construction has not yet started, the preliminary concept plan provides a framework showing residents that the county is taking their wishes seriously. She said it is still a work-in-progress and she is excited about the potential improvements this will bring to the residents of Shore Road.
“The whole idea is to remind people that they’re driving through a neighborhood, and to be cognizant of the fact that there are kids there, people walking their pets, and just to be as careful as possible of their speed and awareness,” DeRiggi-Whitton said. “I also would hope that some of the trucks might also think twice before coming on Shore Road, not only because of the noise but also because the scale of usage is difficult for a community like this to withstand.”
Report an inappropriate comment