Band’s first album is more than just a dream 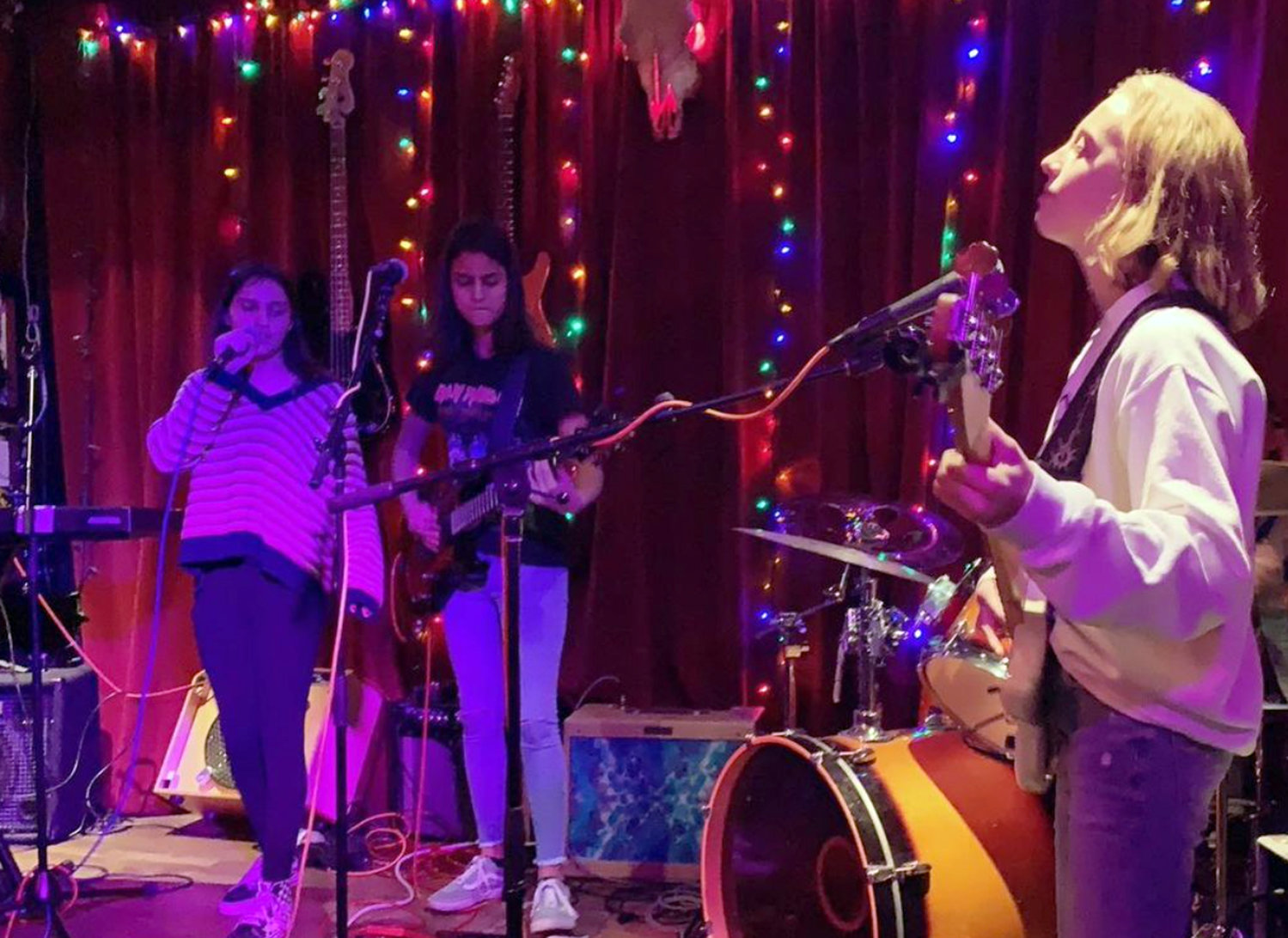 Konkussion has performed together for the past five years, including before crowds of 500.
Courtesy Navid Moradi 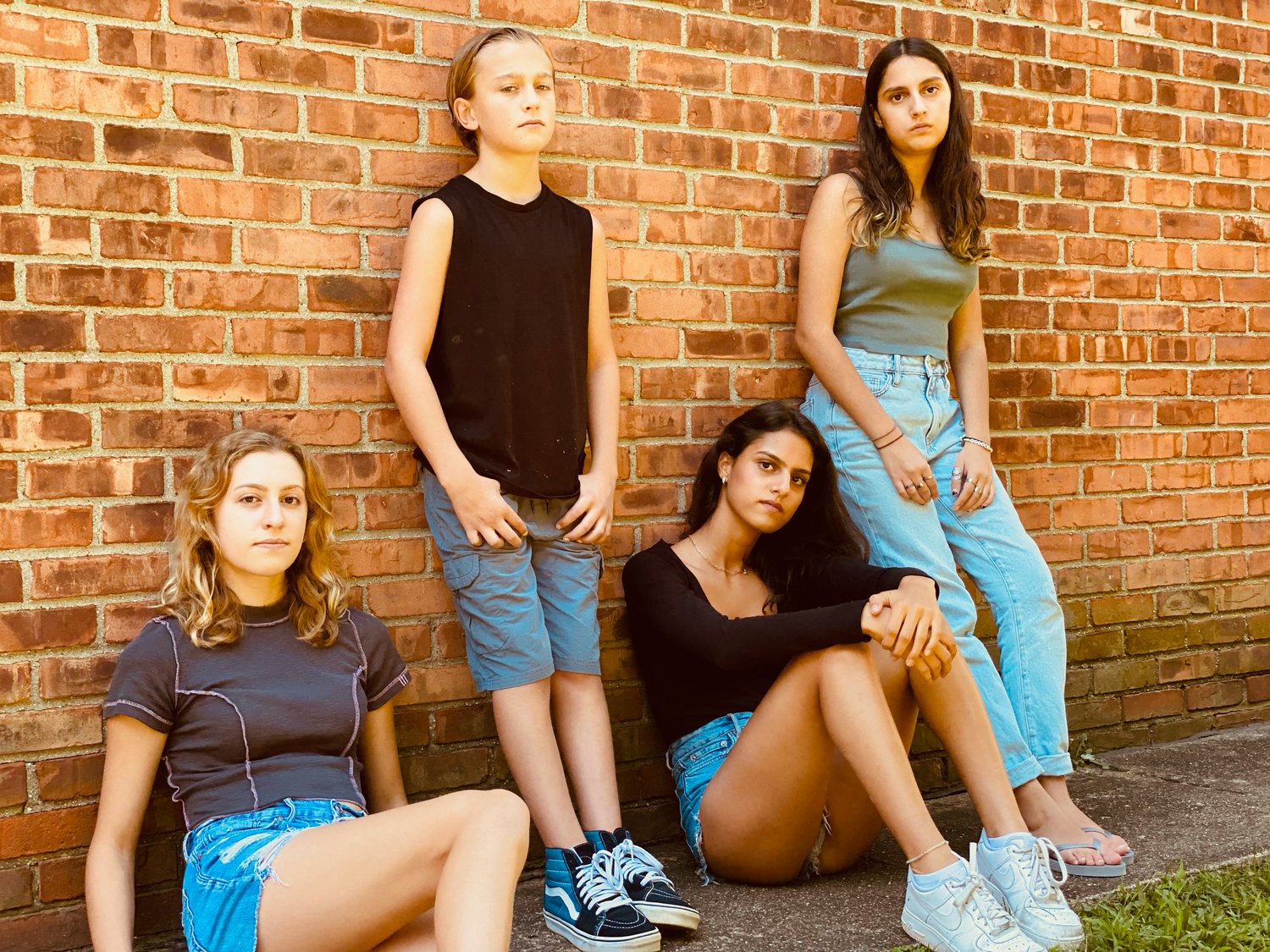 Sea Cliff’s Konkussion released its debut album “Just a Dream” on Dec. 11. The band of teens explained that a majority of the songs on the album were collaborations among all four musicians.
Courtesy Denise Peterson
Previous Next
By Annemarie Durkin

Members of the rock band Konkussion — Noa and Ella Pourmoradi, 15-year-old twins from Great Neck, and Sea Cliff’s Ava and Wes Petersen, 15 and 13, respectively — who might be mistaken, given their talent, for much older musicians, released their debut album on Dec 11.

The band worked on the album, “Just a Dream,” in their free time during the coronavirus pandemic, playing each song for hours to perfect them.

“We had so much fun making and recording the new album, we really bonded through the recording process,” Ava said. “Recording was such an amazing experience because we all took our [individual] creative ideas and merged them into the final product.”

When writing most of the songs for “Just a Dream,” one of the teens would come to a rehearsal with an idea, and the others would build on it until the idea became a complete song. “It is so fun to be together and write for hours straight,” Ella said. “Writing brings out something inside of us that we never knew was there.”

Denise Petersen, Ava and Wes’s mother, said that their father, Wes, has played in rock bands much of his life, and the tradition of music on that side of the family goes back generations. From the time they were young children, the Petersens were brought along to the concerts their parents attended, including metal bands like Iron Maiden and punk bands like Rancid.

While their parents are not musicians, the Pourmoradi twins, sophomores at Great Neck North High School, were also raised around music, having taken classes since they were 6 months old. Their mother, Melody — no kidding — brought them to a local Jewish Community Center, where they played in the program’s rock band. There, they met Eitan Prouser, a band coach from the Bach to Rock music school in Port Washington. He encouraged them to enroll at the school, and three years after doing so, they met their bandmates, who had begun attending the school shortly before.

Since then, Konkussion has been rocking North Shore venues and Battle of the Bands competitions, with Ella on vocals and synthesizers, Noa on guitar, Ava on bass and Wes on percussion. Wes came up with the name as they were throwing ideas around, noting that it would be cool to have the two K’s face each other in the official logo.

“We like our music to be our own style, and each song represents us in a different way,” Noa said. “When we’re writing, we try to make different styles of songs. All of the songs on “Just a dream” are unique — there are some slow songs, and some fast.”

In their five years together, they have performed in front of audiences reaching over 500 people.

Wes, a seventh-grader at North Shore Middle School, said he had long known he wanted to play drums, since he had heard his father play them in their basement so many times. Denise said it took Ava a little while to settle on an instrument, but after picking up the bass a few years ago, she fell in love with it. Ava, a sophomore at North Shore High School, said it blows her mind that she gets to do something she loves with her brother and her best friends.

“I feel like for their age, to be so passionate and dedicated to something, and the fact that they have been together for years now, I’m extremely proud,” Denise said. “Even through the hardest part of Covid, they still Zoom-called and they still wrote — they still tried to rehearse and still crafted what they love. The fact that I have my kids doing something together, having the music to bring them together, is just so great.”

Konkussion had plans to hold a record release party this month at Still Partners in Sea Cliff, but had to postpone it because of the coronavirus pandemic. They hope to reschedule in the coming weeks or months, depending on whether the virus continues to spread.

Now that they released their debut album, these four band mates would like to keep writing original music and building their repertoire and open local shows for some national recording acts.

“Most of all, we just want to keep getting together to rehearse, hang out and have fun,” Wes said.

Konkussion is scheduled to play its first show of the new year in Island Park Feb. 26 at the Barnum Ballroom as the opening act for Streetlight Circus. Konkussion’s Instagram is @konkussion_theband.