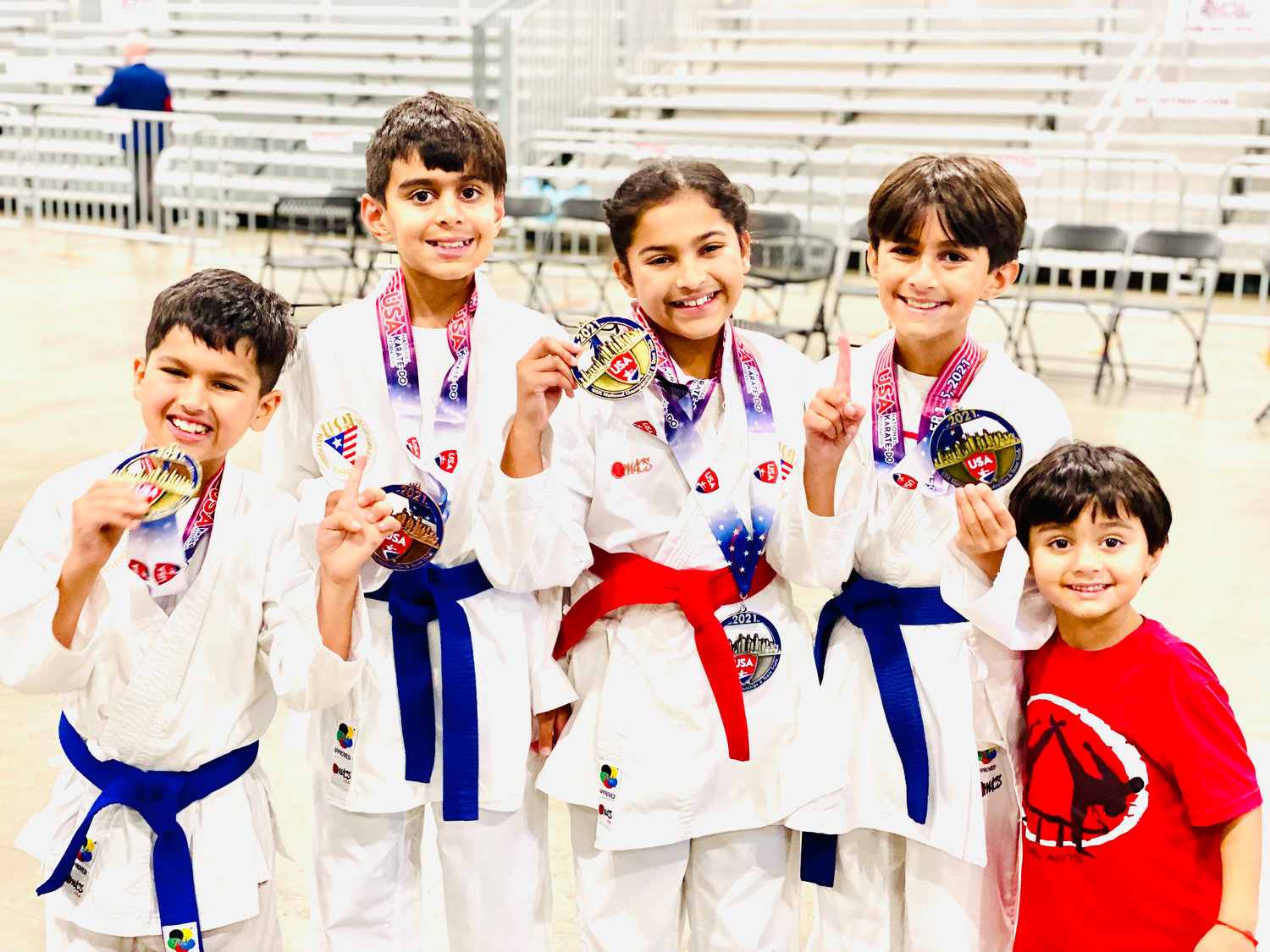 Five North Shore students won medals at the annual USA National Karate Championships and Team Trials Sept. 1-5 in Schaumburg, Ill., hosted by the USA National Karate-do Federation. Four of the five proved the best in the country in their divisions, and took home gold medals.

“The kids train all year round,” said Deena Soskin, of Greenvale, the mother of 11-year-old Aaron Pwajok, who attends North Shore Middle School. “We spend five to six days a week in the dojo,” she added, referring to their training facility, A+ Martial Arts in Great Neck. “We do some local tournaments, and we do travel for some as well, but this is really the big one. At the end of the year, everybody from across the country sends their best students, so it’s a really big deal for the kids.”

“We’re super proud of them, obviously,” Samir Chopra, Sonali and Jai’s father, said. “As a parent, to see your kid competing in such a high-pressure environment, with kids from all over the country, is really a privilege. To even get to this point and compete at this level is so prestigious, they really worked very hard.”

“To see other families invest in their children was amazing to see,” Aman Chopra, Rohan and Deven’s mother, said. “We really have a great karate family — rooting for each other and being a part of a group that really supports each other is so important. I hope the boys continue with karate. They really enjoy it, and it has really helped with their confidence.”

“Overall, I think everybody did amazing,” said Soskin, his mother. “I was excited for the kids because it was the first time that they got to compete in two years, since last year’s competition was canceled because of the pandemic.”

For Aaron, next year’s national championships will have special significance. He will be 12, and eligible to try out for the junior national team, which travels the world, representing the United States at a number of elite karate competitions.

“I’m obviously very happy he won at nationals this year,” Soskin said, “but since next year is really the big year, that’s what we’re really focusing on now. The fact that he beat everyone in his division this year is kind of a good indication of how he’ll do next year, so I’m confident he will do well.”