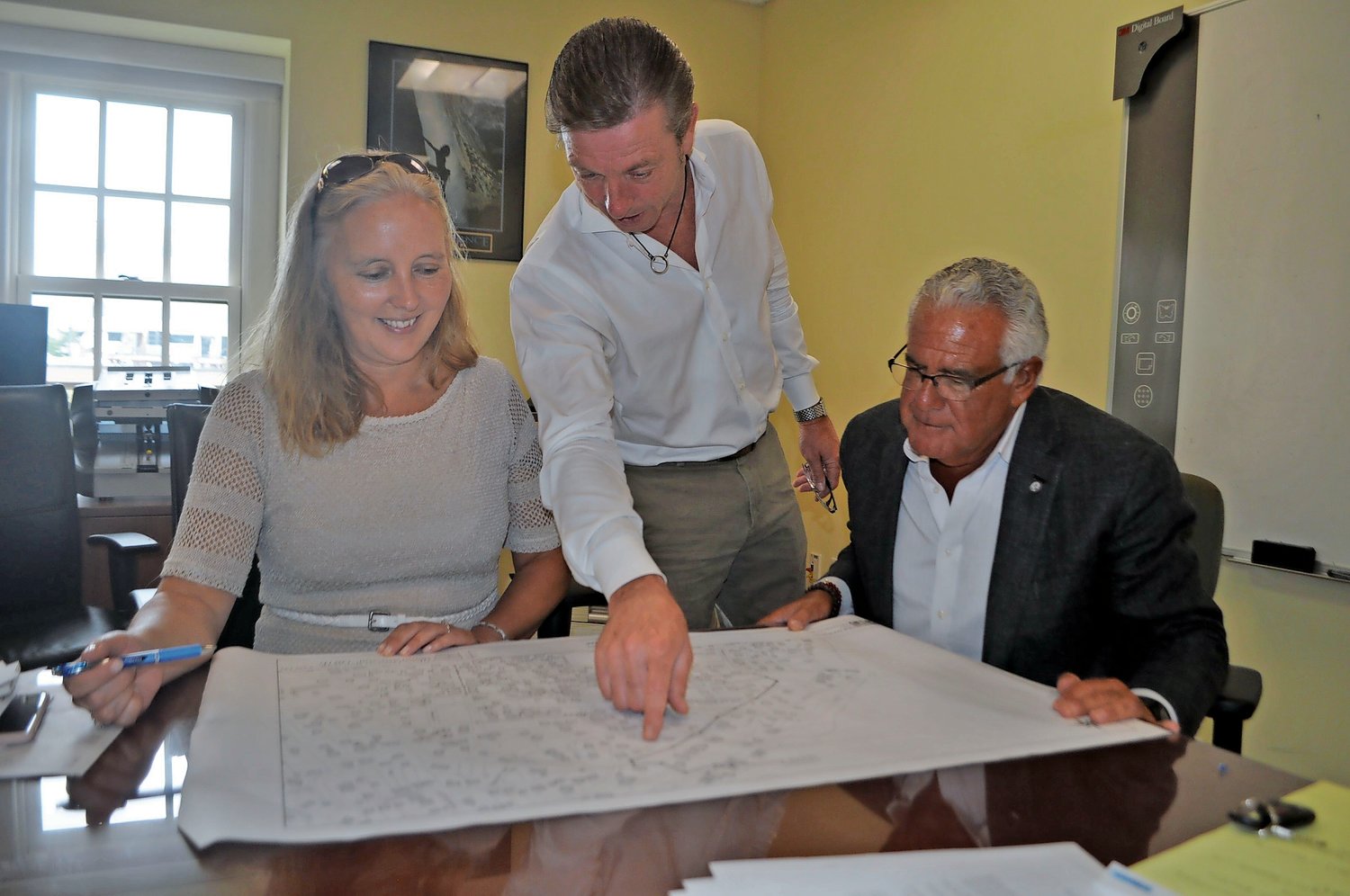 Decide on a purpose for the 2.2-acre property at 325 Prospect Ave., once owned by New York American Water.

Further pursue the establishment of a public water authority.

Recondition the doors of the historic Sea Cliff Firehouse.

Improve the infrastructure of Clifton Park’s baseball fields before the spring season.

Move forward with a youth activities board to hold programs for the village’s children.

Sea Cliff Mayor Edward Lieberman has a host of plans for 2020, but his main focus will be building a new sewer system downtown.

The project is not a new one. Village Administrator Bruce Kennedy said he has pushed to connect village properties with cesspools to sewer lines as far back as 2009, when he was mayor.

With the project’s designs now complete, Kennedy said the village would put the project out to bid on Jan. 31. It should be awarded to a qualified firm by the middle of February, he said, and the village will likely break ground at Sea Cliff and Prospect avenues toward the end of March. The existing infrastructure will connect to a new gravity sewer line, and move down Prospect and Snake Hill on its way to Carpenter Avenue. It will link up with another line at the Glen Cove border on Shore Road. The wastewater will then flow to Glen Cove’s sewage-treatment plant.

The new sewer line will service businesses and homes throughout downtown Sea Cliff and the surrounding area, eliminating 160 aging cesspools. No longer having to worry about cesspool maintenance, a greater number of homebuyers and business owners might be interested in purchasing properties in the area.

“That’s going to be a major boom to us as far as our downtown here,” Lieberman said, “especially for our residents, restaurants and other businesses who rely on cesspools and the consistent maintenance of that.”

“It’s something I’ve been working on for over a decade,” Kennedy said, “and it’s really exciting to have it come to fruition.”

Nassau County Legislator Delia DeRiggi-Whitton, a Democrat from Glen Cove, has worked on the project with the village for years. “I think it’s really going to attract people who want to come into Sea Cliff but don’t want to deal with the septic system, especially one that’s antiquated,” DeRiggi-Whitton said. “I don’t see any reason it wouldn’t be an improvement for residents, potential businesses and the businesses that are there.”

Some of the homes on Sea Cliff’s and Prospect’s peripheral streets could be hooked up to the new sewer line as well, Lieberman said. For homes on the gravity line, the water will flow naturally downhill through pipes. It will be significantly less expensive to link the homes to the system than elsewhere in the village.

The sewer line will benefit the environment, officials said. Cesspools cause groundwater contamination when excess wastewater seeps into surrounding soil and eventually into Long Island’s aquifers — large underground stores of water. Connecting properties to the sewer line will help prevent harmful substances like nitrogen, phosphorous, zinc and suspended solids from contaminating groundwater, as well as nearby Hempstead Harbor and the Long Island Sound.

When wastewater is sent to a sewage- treatment plant like Glen Cove’s, Kennedy said, most contaminants, except nitrogen, can be removed before the effluent is released into the environment. “It’ll bring us into the 21st century as it relates to solid waste management,” he said.

Some cesspools beneath downtown Sea Cliff have been there since the first half of the 20th century. “The possibility of leakage and spills are pretty great the older they get,” DeRiggi-Whitton said, adding that all the environmentalists she has spoken with have said that sewers are the best hope for improving the village’s water supply.

Lieberman said residents have said they hesitate at times to wash their dishes because of the poor water quality.

Alyssa Seidman contributed to this story.