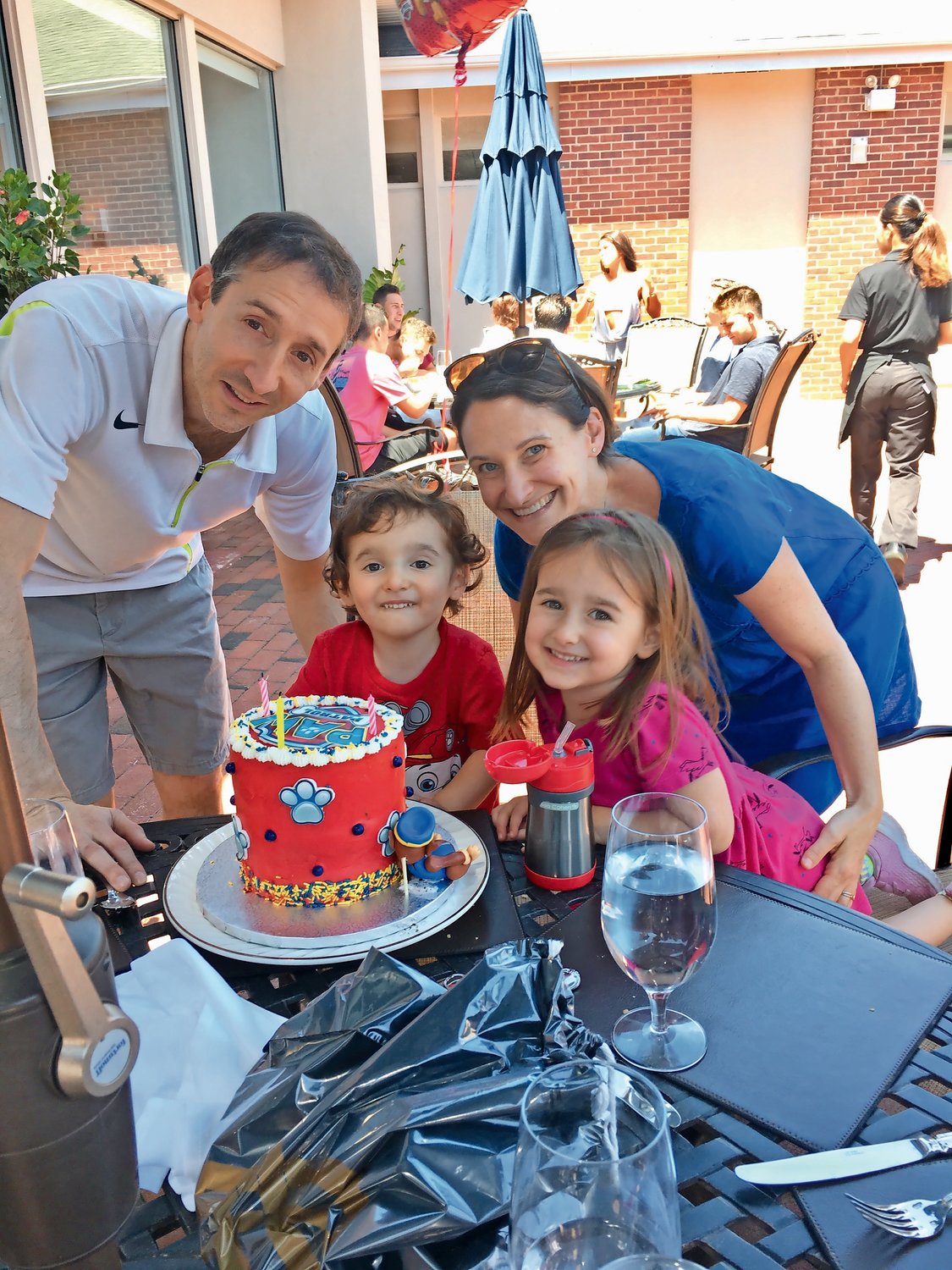 Suzanne Cohen was inspired to work in maternal mental health after she and her husband, Jared, had their children, Benjamin, left, now 3, and Bea, 5.
Courtesy Suzanne Cohen
By Mike Conn

Sea Cliff resident Suzanne Cohen is a 38-year-old mother of two — Bea, 5, and Benjamin, 3. Suzanne and her husband, Jared, moved to Sea Cliff, where Jared grew up, six years ago to raise a family. In the 2018-19 school year, Suzanne worked with lower-functioning autistic children as an occupational therapist at Bayville Primary School.

Recently, however, she resigned to pursue a passion she developed after having her first child — maternal mental health.

Since February, Cohen has run a monthly support group for new mothers at the Glenwood Life Center. Now she is preparing to start a weekly support group at the Sea Cliff Children’s Library in October. The group will give mothers the chance to get together — and bring their infants if they choose — to discuss the trials and tribulations of their new roles.

While Cohen has been interested in maternal mental health for a few years, she took her first step into the field by chatting with other mothers and experts on social media early this year. She found Apple Sepulveda, who researches women’s health at the University of Southern California. Sepulveda invited Cohen to speak about her experiences at the Postpartum Support International Conference in Portland, Ore., at the end of June. Cohen is now taking the final steps to be certified in maternal mental health by PSI.

The experiences that Cohen draws on when speaking on maternal mental health stem from her own struggles with postpartum depression and anxiety, which are often overlooked in American culture, she said, because people’s focus quickly shifts after a birth from mother to baby. The often stressful changes mothers undergo can go unnoticed. People ask how the baby is doing, she said, not the mother.

After the births of her children, Cohen said, she dealt with sleep deprivation and feelings of inadequacy and loneliness. Not only were those emotions taxing, she said, but they sometimes made her feel like a bad mother — a feeling she believes support groups can help alleviate.

“I needed therapy, and I needed to be around other moms going through the same thing, to know they’re dealing with it, too,” Cohen said. “So this support group really started organically. It was just a group of us that wanted to start talking about it.”

Jessica Fox, a Sea Cliff mother of two young children, has grown close to Cohen as they have detailed shared experiences in Cohen’s support group. Fox said she, too, struggled with postpartum depression. Having a child and leaving behind her career in law made her forget who she was as a person, she said. She also remembers feeling isolated, despite being with her child all the time. Speaking with other people going through similar experiences, Fox said, made her feel normal again.

Arlene Nevins, the Sea Cliff Village Library director, said the library is often the first stop for new moms as they search for new friends and people in the same situation. She is pleased, she said, to host Cohen’s new group this October, because it will expand an important service that the library already provides.

Speaking of new mothers, Cohen said, “They’re not alone. Everyone’s going through this, and there’s no shame in any of the thoughts they’re having. You can love your kids and not love being a mom. It’s OK to say that, and it doesn’t make you a bad person.”

“I just want them to feel like everything they’re feeling is normal and OK to talk about,” she added, “and it’s not a reflection on them as a mom.”