When a sticker says it all 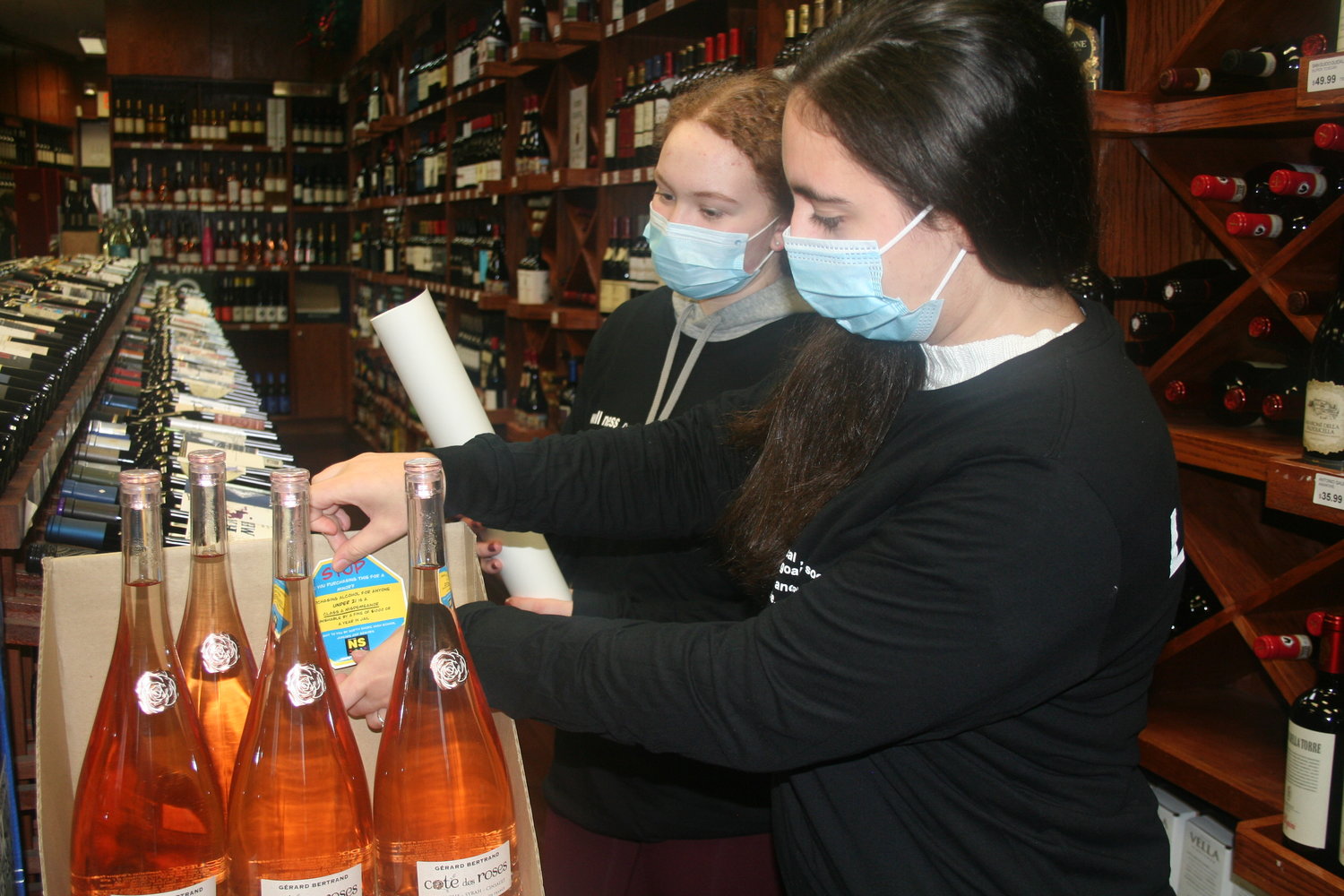 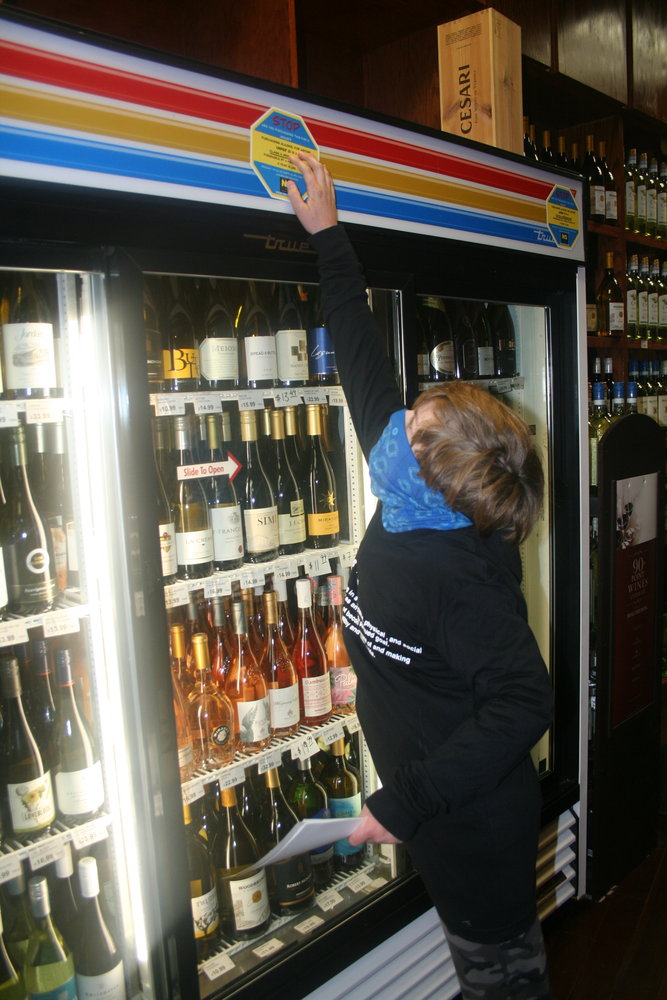 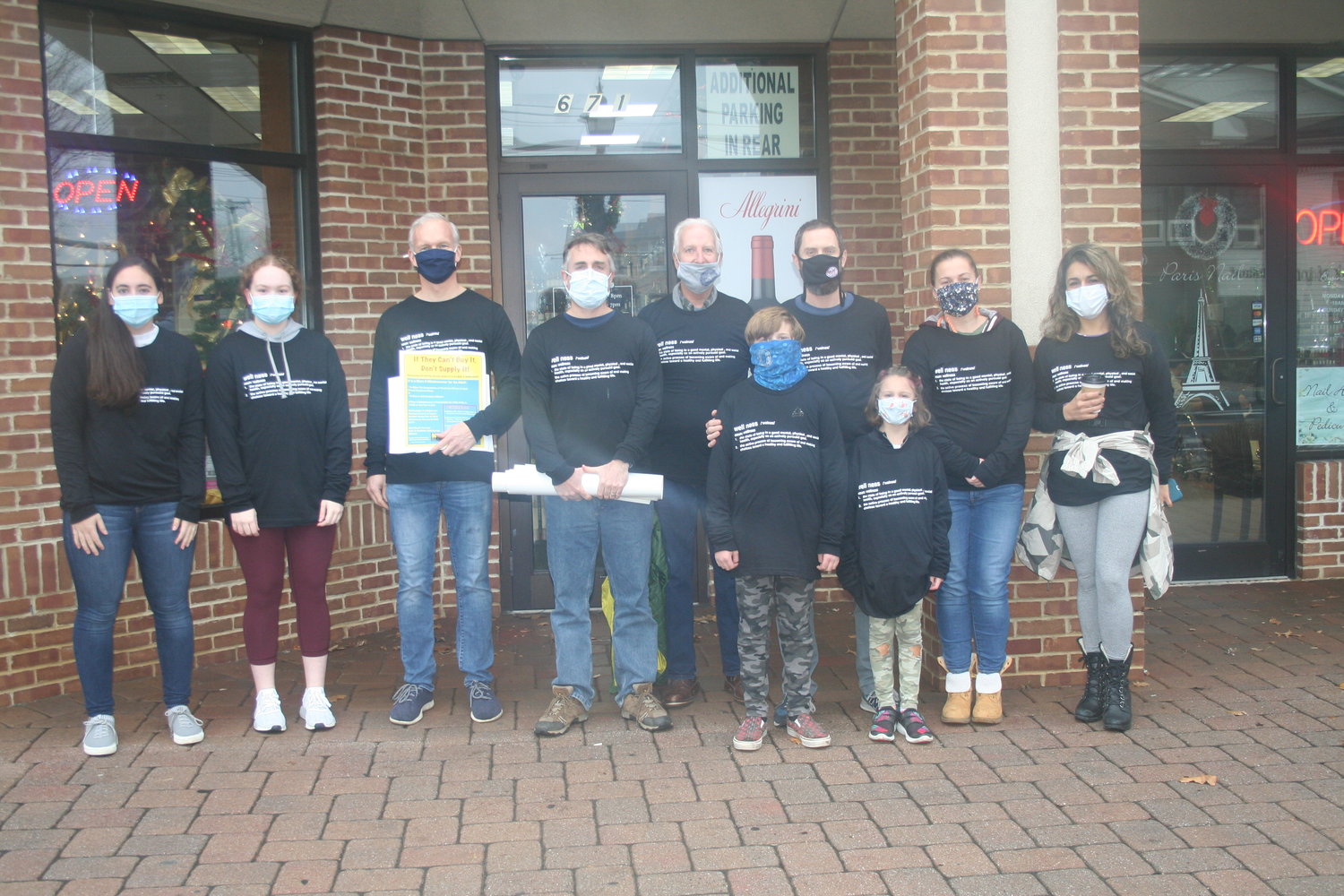 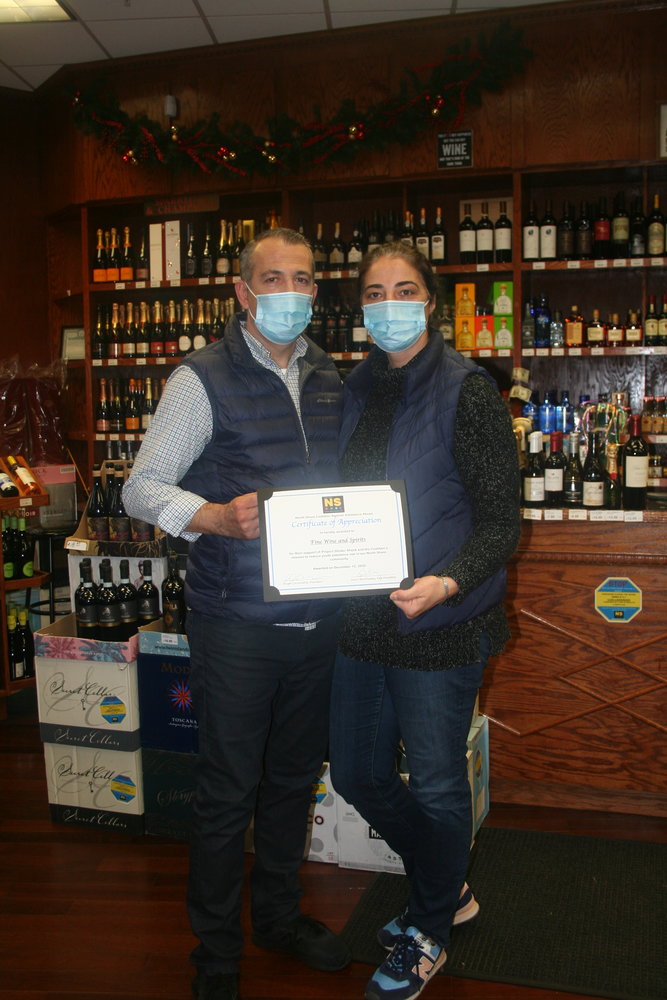 If you buy alcohol for a minor, you could face a $1,000 fine or a year in jail. That was the message that members of the North Shore Coalition Against Substance Abuse spread last Saturday at eight liquor stores and beer distributors in Sea Cliff, Glen Head and Glen Cove through Project Sticker Shock.

With store owners’ permission, a dozen CASA representatives and North Shore High School students placed stickers on alcohol cases warning them that buying alcohol for anyone under age 21 is a Class A misdemeanor that is punishable under the law.

CASA President Alison Camardella said Project Sticker Shock is a national campaign. North Shore High School teacher Christine Halloran helped connect her with five students who were interested in the project. The campaign, she noted, is a safe way for CASA to spread its message, noting that the coronavirus pandemic has halted the group’s public meetings.

Camardella said 23 to 35 percent of NSHS students report getting alcohol from their parents, with the percentages varying between grades. She said it was important to remind parents that letting your own children drink is still a crime.

“A big part of our work as a coalition is to reduce youth access to alcohol and other substances,” Camardella said. “We feel like Project Sticker Shock is taking a big step forward in achieving that goal.”

NSHS juniors Katie Ditrano and Allie Eder, both 16, were among the participating students. Underage drinking is clearly an issue, Ditrano said. “If there’s something I can do to help my community to help educate myself, educate my friends, educate our parents so that we can all make better choices as a collective,” she said, “I think that’s the best way to make change.”

Ditrano said it is important to rewrite the social norms of some parents who believe it is permissible to buy alcohol for their underage children. “What is really great about this initiative is that it just gives you the information,” she said. “It’s education on how to make the best choices instead of forcing anyone to make a choice.”

Bobby and Zaide Ostrozubi, owners of Fine Wine and Spirits in Glen Head, were among the business owners who took part in Project Sticker Shock. To be responsible community members, they said, they must work to curb underage drinking.

Bobby said it was important to educate parents that buying alcohol for their children is not allowed under the law, adding that he is not concerned about potentially losing sales to parents who might read the informational stickers and disagree with the Project Sticker Shock initiative.

“I’m very pleased with the cooperation that we received from our local businesses,” Camardella said. “It was really heartwarming to know that the businesses that provide alcohol to our community are as committed to the well-being of our youth as we are.”

Joanna Kletter brought her younger children, Simon, 11, and Amelia, 7, to help in the effort. She said parents need to model good behavior for their children, which she hopes to demonstrate through her participation in Project Sticker Shock.

CASA Director Tom Burger said initiatives such as Project Sticker Shock are as important today as ever, noting that substance abuse has increased during the coronavirus pandemic. Both he and Camardella said they hope to expand the project to reach more people in the community.