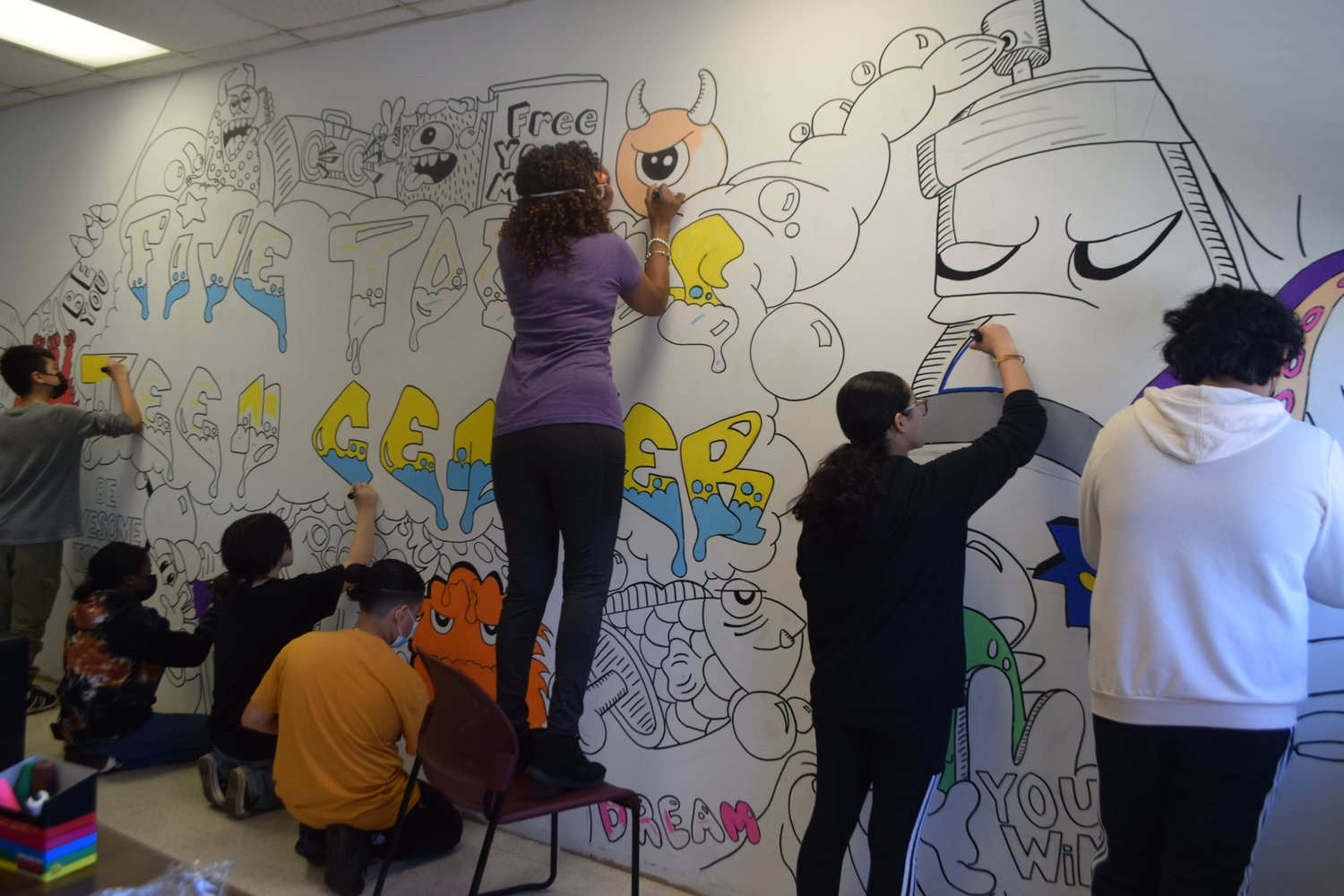 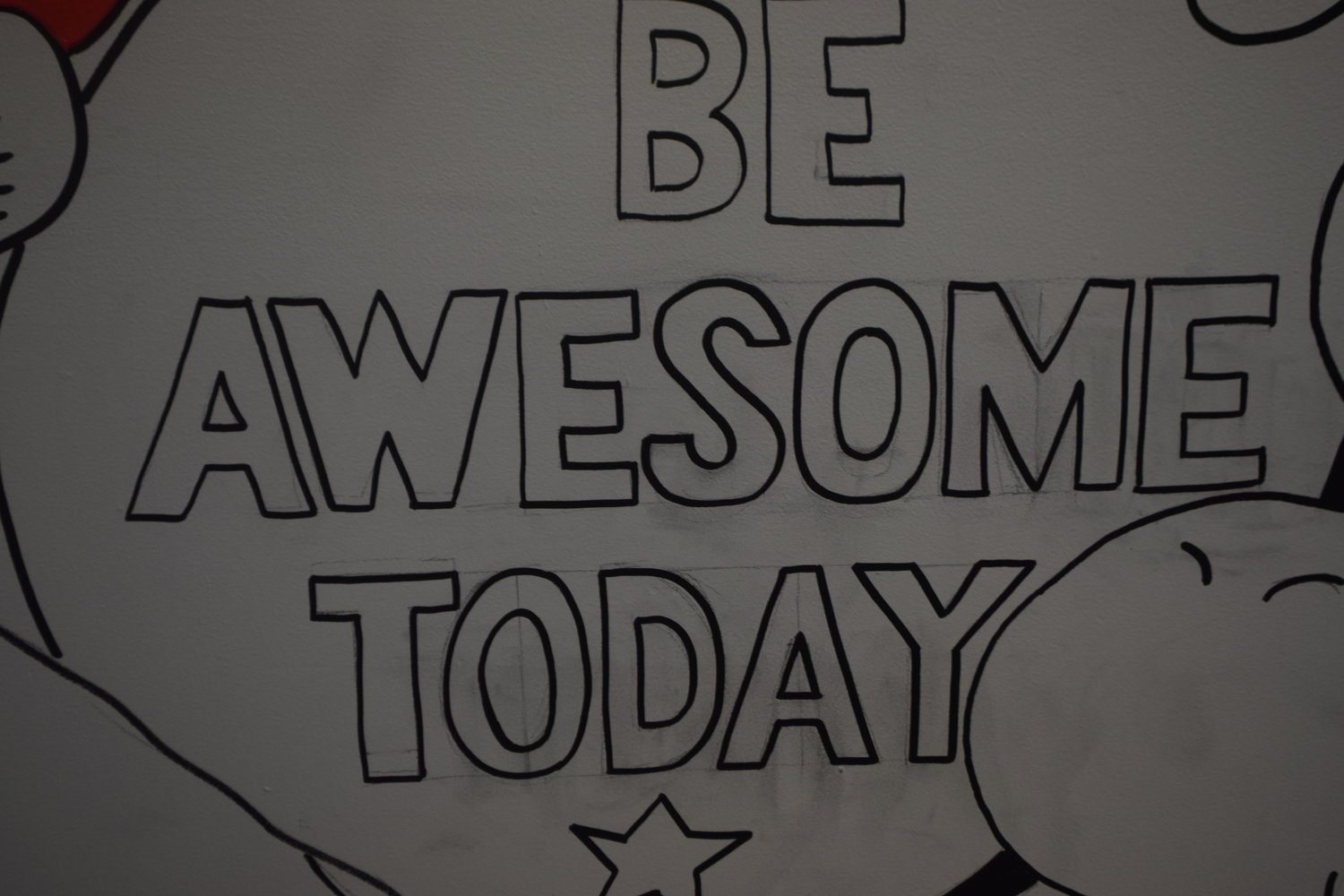 One of the positive messages included in the teen center mural.
Jeffrey Bessen/Herald
Previous Next
By Jeff Bessen

As music streamed from an iPad several Lawrence Middle School students and a few from the area private schools worked on coloring a 20’ x 8’ mural on a wall in one of the two rooms that make up the teen center in the Five Towns Community Center in Lawrence.

“Aliesa came to me and said she wanted to do a mural for the teen center, so we kinda collaborated together,” Lichtenstein said. “We sat down and we came up with an idea and I sketched it out and it kinda came together that way.”

Applying his 19 years of experience with Glenn’s 28 years, the duo partnered on the idea that coalesced during the coronavirus pandemic and due to her husband, James, being a Community Center board member. He also works as a custodian for the Lawrence School District.

“When everything was closed down we were coming in we were repainting walls in the different offices and cleaning the rooms just to keep us busy and we had the opportunity to give back to the community,” Aliesa said. “So when we reopened this was one of the rooms that we painted and cleaned up and we mentioned how about a mural and I said wouldn’t it be better if the kids did it.”

Lawrence Middle School eighth-grader Gabrielle Serrano was one of the several students who was coloring the mural, she said it’s “really fun.” “I was ion my art class and Mr. Lichtenstein, my teacher, he likes the art that I do. He told me to come over and here I am.”

Lichenstein said his goal was to get the community involved in the project and create what he called a “bridge” for the kids and the community to help understand the Community Center’s uniqueness.

“I thought it would be nice to get the kids to understand what the Community Center’s about and why it’s so special,” he said. It really like safe haven for a lot of these kids.”

“Let’s get the kids involved, it’s their room,” Aliesa said was the impetus behind doing the mural. “Instead of being on the street getting into trouble you can be here and hangout with your friends.”