Provision is part of county's 2015 budget 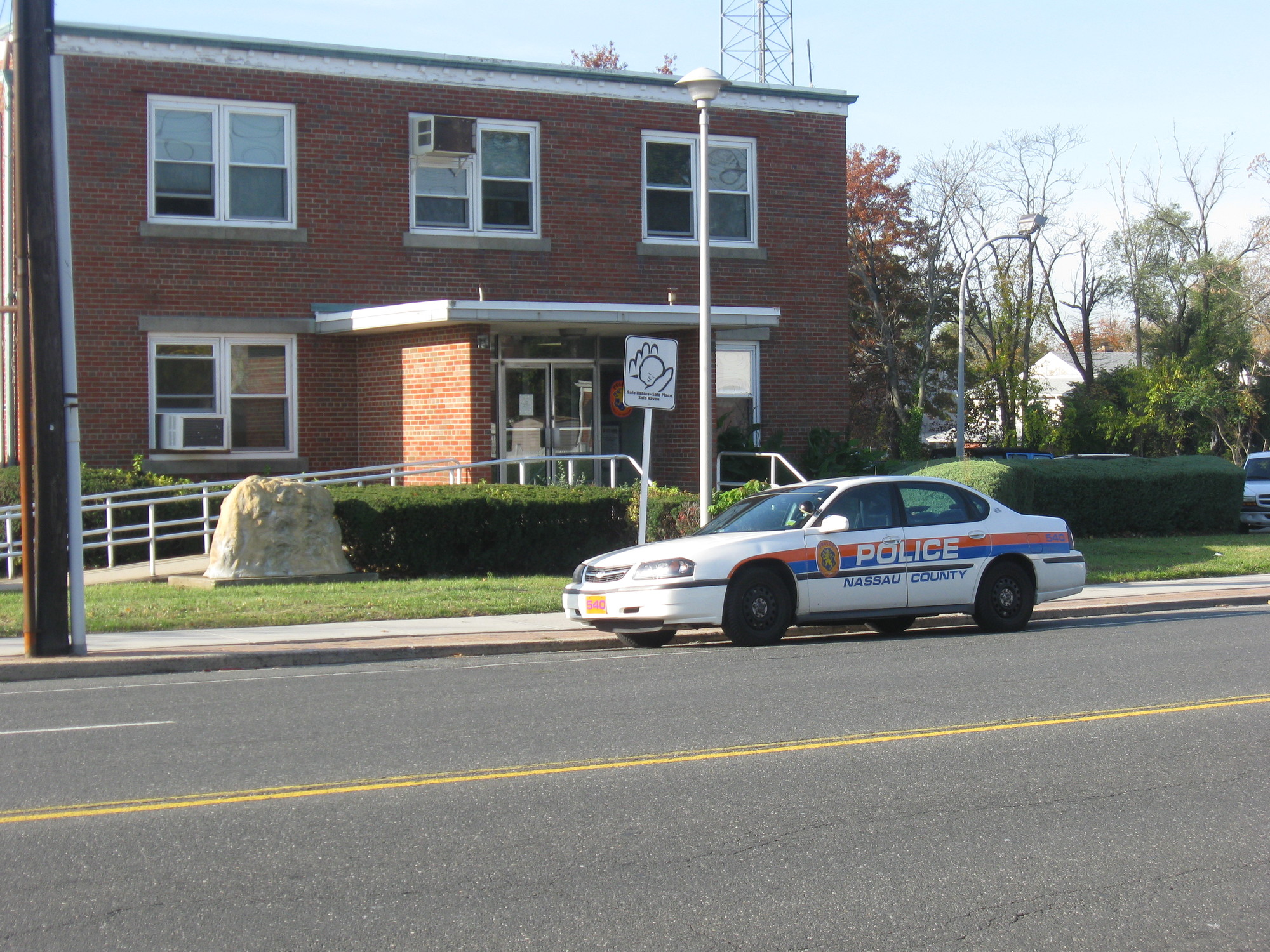 The 5th Precinct building on Dutch Broadway in Elmont, which is being used as a lightly staffed community center, will reopen in 2015
Brendan Murray/Herald
By Brendan Murray bmurray@liherald.com

Two years after the Nassau County Police Department’s 4th and 5th precincts merged in the interest of saving money, officials have agreed to reopen the former 5th Precinct in Elmont.

Nassau County spokesman Brian Nevin said that the precinct would be fully functional by early next year, but did not say exactly when. Nassau County Executive Ed Mangano said the reopening would benefit residents. “This is an example of bipartisan cooperation that’s good for the community and good for government,” he said.

Mangano, along with the County Legislature’s presiding officer, Norma Gonsalves (R-East Meadow), and its minority leader, Kevan Abrahams (D-Freeport), announced the reopening of the precinct on Oct. 31, as part of a 2015 fiscal plan that calls for the borrowing of $305 million through 2017 to refund property tax debts and improve the quality of life around the county, according to county officials.

“By working together, we have achieved agreements that save taxpayer dollars while increasing the quality of life for residents of this great county,” Mangano said. “We … remain committed to ensuring residents are not forced to pay for a decade of waste in a single year through higher taxes or service cuts.”

The spending plan will also create a new felon registry for gun crimes, expedite construction of the new 1st Precinct in Baldwin, establish an Anti-Gang Special Unit in the Nassau County Police Department, require that all county police officers are trained to administer the heroin and opioid overdose-reversal agent Narcan, and ban the dumping of hydraulic fracturing wastewater from Nassau County sewage-treatment facilities.

Legislator Carrié Solages (D-Elmont), who said he was “appalled by the administration’s move to close half of the police precincts in Nassau County” when the consolidation was announced, said that the return of the 5th Precinct was the result of years of effort.