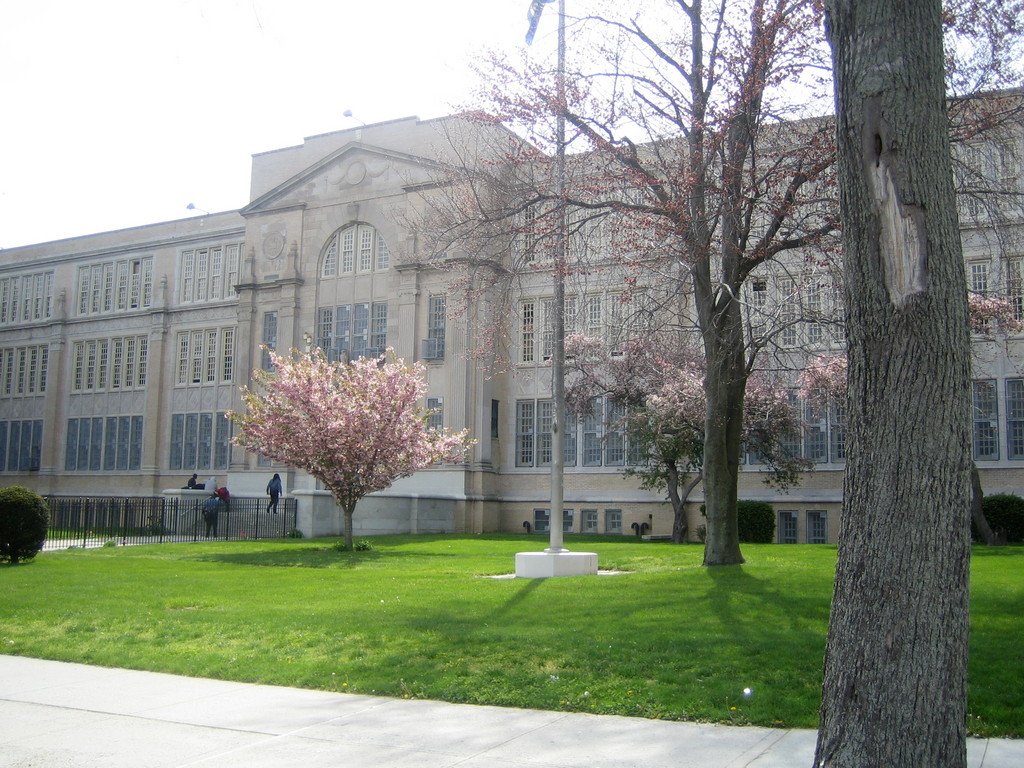 Far Rockaway High School’s 114-year legacy will come to an end as the last graduating class walks across the stage on June 27. The building will be used to house several charter schools.
Courtesy Irene Steinberg Shapiro
ANN E. FRIEDMAN

As Far Rockaway High School prepares for its last graduation on June 27, its alumni seek to remember the final graduating class and the school where they shared their most treasured memories.

The high school at 821 Bay 25th Street is being closed due to a decline in scholastic performance and graduation rates. The closure was announced in 2007. The building will remain open and house multiple charter schools. Among the school’s most notable alumni are three Nobel Prize winners: Baruch Samuel Blumberg, Richard Feynman and Burton Richter, Dr. Joyce Brothers, Congressman William Brunner and former Knicks player John Warren.

Woodmere resident and Class of 1945 graduate, Florence Miller, has wonderful memories from high school and said she saw the handwriting on the wall. “The area has changed so drastically,” she said. “Its one of the worst schools in the city and I figured, well maybe it’s time for it to close.”

During her student days, Miller was involved in the Red Cross, worked in the principal’s office and was in charge of getting advertisements for various school publications. “When I went to the school the area was still good and the school was wonderful,” she said. “It was the best in the world.”

More than 5,000 attended the school’s centennial celebration in 1997. It was there that the Alumni Association formed and members decided to commemorate their alma mater.

Alan ‘Skip’ Weinstock, Class of 1963 and a Concord, Calif. resident, decided to head the group and he bought the domain name, www.farrockaway.com, so alumni could post pictures, stories and reconnect. The website currently boasts more than 6,000 alumni who registered their contact information with Weinstock so their fellow classmates can contact them.

With the news of the high school closing, Marty Nislick, Class of 1962, wanted to do something for the last graduating class so he contacted Weinstock. “He (Nislick) suggested that the Alumni Association honor one of the graduates of the Class of 2011 with a cash scholarship,” Weinstock said. “Originally Nislick suggested $150 but after reaching out to the alumni, we’ll most likely be giving $2,000.”

Nislick, a Bayside resident, came up with the idea to honor the last graduating class because he felt it would be something his fellow alumni would like to share in. “It’s a sad occasion, the closing of a great institution,” he said. “I didn’t want to let it go by without recognition.”

When Nislick learned what Weinstock had collected for the scholarship fund, he contacted the high school to see if they would like to honor more than one graduate. Nislick said he spoke with Far Rockaway High School Vice Principal Tuwanna Williams-Gray who said the school would honor more than one student.

Rhonda Glickman, vice president of Sales for Richner Communications, is a Class of 1970 graduate, who had some of her happiest memories in Far Rockaway. The neighborhood she grew up in was diverse and that during her senior year of high school, her male classmates were consumed with worry about being drafted, Glickman said. “You wouldn’t be drafted if you were married or a teacher, so many of the teachers were 23-years-old and male, at the time, to avoid the draft,” she said.

Artist and painter Alli Burman, a Woodmere resident and Class of 1972, said her teachers at Far Rockaway High School paved the way for her future as she first explored the idea of going into oceanography. “My science teacher advised me that science wasn’t the best idea for me,” she said. “That school shaped my life and I feel that I got an incredibly thorough education and wonderful view of my life choices.”

She is shocked and dismayed about the closing of her alma mater and said that the Class of 2011 has a “tremendous burden on their shoulders.”

“Even though they may not feel or understand the legacy they’re leaving, they actually have a debt to pay and that is to ensure that something like this never happens again and that they make the most out of their lives,” Burman said. “I hope they realize that those before them had their lives, careers, hopes and dreams based on Far Rockaway High School and they have a tremendous burden on their shoulders to prove that the closing of the high school doesn’t mean the legacy of Far Rockaway is over.”