A celebration of music in Valley Stream 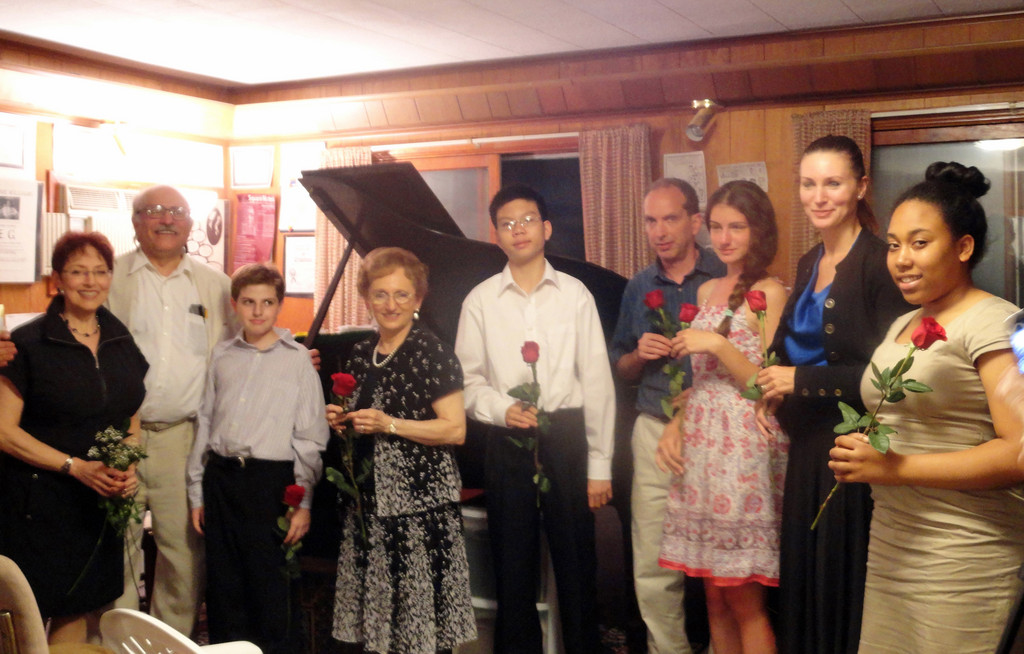 Court Street Music in Valley Stream presented its ninth annual Student Recital and House Concert on June 12. The recital featured the directors, Helene Williams and Leonard Lehrman, and seven of their students. Geri Lecessi of Lynbrook and Karen Gustave of Valley Stream performed their own compositions.

Scott Etan Feiner of Roslyn Harbor premiered his own 4-hand Piano Suite with Lehrman, along with a Theme and Variations by Lehrman based on the musical letters in Scott’s name. Also performing were Lloyd Tanedo, Tom Smith, Vera Bloch and Katie Mazalkov, in music of Bach, Schubert, Bernstein, and songs in German, Moravian and Russian. A highlight was the premiere of “Musical Chairs” based on a poem by the late Oyster Bay poet Carol Miller. Nassau’s first people’s poet laureate Max Wheat and his wife, Ginger, were among the attendees.