A message for the Rockville Centre diocese 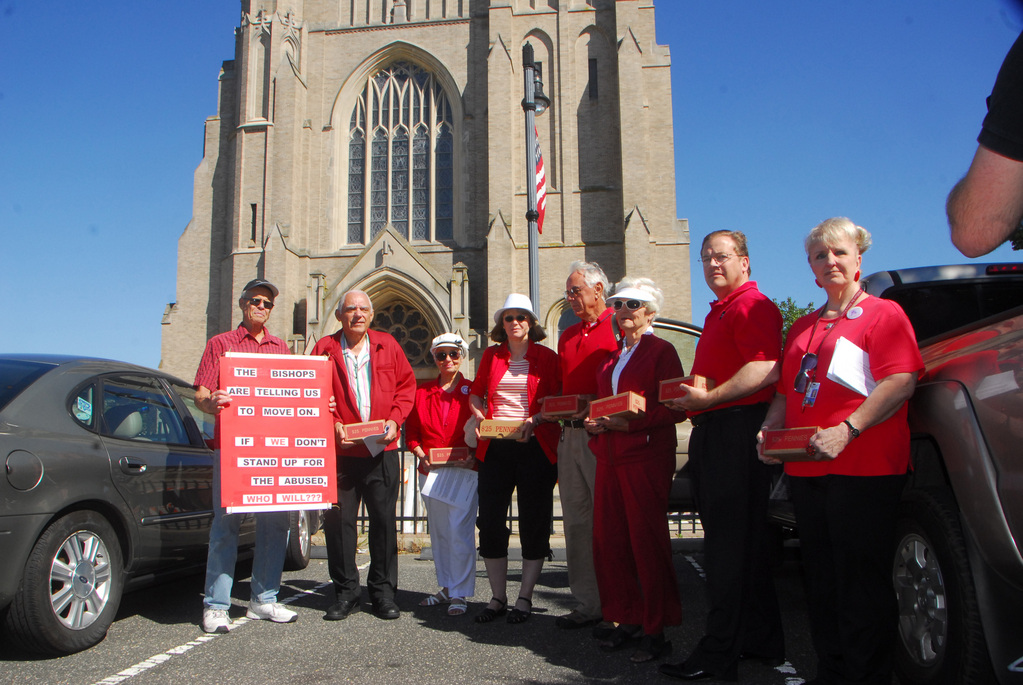 Members of a national coalition led by Send the Bishops a Message delivered 20,000 pennies and a letter to Bishop William Murphy last Sunday morning during a sidewalk "press conference" outside St. Agnes Cathedral.

The group, which claims to represent over 25,000 people, called upon Murphy to use the money as a seed for a special fund to aid clergy sexual abuse victims.

The coalition, which also includes Victims' Voice, Road to Recovery and the National Survivor Advocates Coalition, is calling for a proposed Diocese of Rockville Centre Good Samaritan Clergy Sexual Abuse Victims’ Trust fund to be overseen by independent trustees who would distribute grants and other support to help victims and their families recover and heal from the trauma they say resulted from the abuse.

"The event is an ill-conceived publicity stunt that trivializes sexual abuse," said diocese spokesman Sean Dolan. "The group is more interested in gaining publicity for itself than it is in protecting children and young people. They don't understand or choose not to understand all the church does to care for victims of sex abuse."