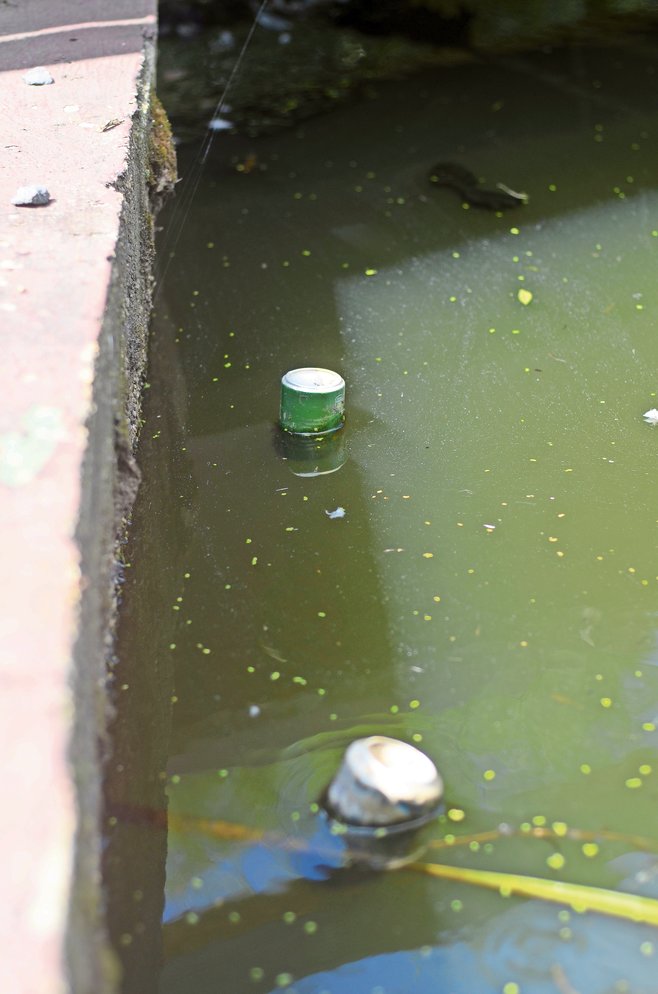 Rusted cans and other floating waste are a common sight at Mill Pond, which has sparked the concern of residents hoping to improve the pond’s water quality.
Juan Lasso/Herald
By Juan Lasso

This pocket of nature offers residents little in the way of recreational services and facilities, compared with those found at the village’s Arthur J. Hendrickson Park or even the Village Green.

But residents say that much of the park’s charm is attributable to the fact that large portions of its greenery remain relatively untouched by humans. Families of geese and ducks mill about in the open grass. The pond itself is teeming with fish, insects and all sorts of aquatic and semi-aquatic life.

The wildlife seems to feel right at home, seemingly unfazed by the presence of its much less pleasant neighbors: floating waste.

Random debris, from rusted beverage cans to coffee cup lids to snack bags, can regularly be seen floating on the surface, just feet away from waterfowl.

The torn remains of a Panda Express wrapper, rainbow confetti, and other miscellaneous waste also littered the grass by the pond earlier this month.

Residents like Muhammad Tahir say the pollution has been an ongoing issue. “I’ve lived here for over a dozen years, and I’ve noticed how Mill Pond has gotten dirtier and dirtier,” Tahir said. “Many years ago, people used to swim there, but now it has become swamp-like. It’s unbearable to see a hallmark of Valley Stream look like this.”

Two years ago, Tahir helped spearhead a community effort to remove the debris and do a clean sweep of the once-pristine pond to try and restore it to some semblance of what it once was.

He also created a petition on Change.org calling for the State Department of Environmental Conservation to help the village fund a robust cleanup.

Village officials say that the main culprit when it comes to the litter in the pond is storm water runoff. In the aftermath of a storm, water sweeps debris from the streets as it “makes its way through the village waterways, eventually traveling below Sunrise Highway and ending up in Mill Pond,” said Mayor Edwin Fare. 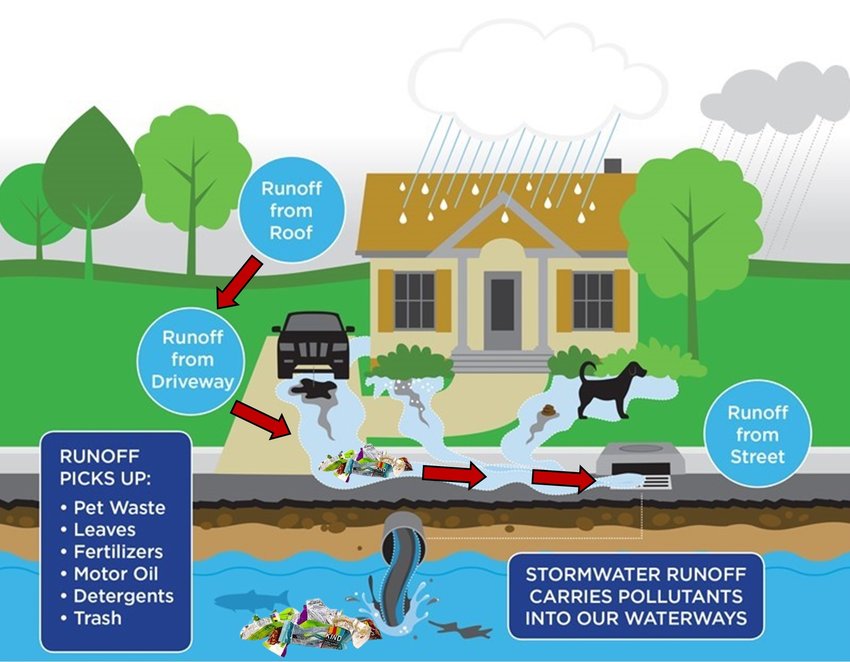 “There is a grate under Sunrise Highway that is not within the control of the village, Fare said.

“Any buildup of that section will ultimately find its way to Mill Pond.”

Much of the efforts to curb pollution in the pond by the village and concerned residents are compromised by design, according to environmental journalist Karl Grossman.

As Long Island was being built, Grossman said, storm drains were often made to feed into ponds, harbors, and bays, but urban development has increasingly contaminated the unfiltered water. And that same pollution now threatens the water of the Island’s aquifer system.

“The Village is well aware of the fragile ecosystem of complex waterways that makes Valley Stream a beautiful and desirable place in which to live,” Fare said. “We are taking proactive steps to protect our waterways.”

The village’s Public Lands Division regularly maintains its streambeds and parks, cleaning litter and debris, officials say. Village workers have also taken steps to limit the amount of hazardous waste and garbage on the streets by upgrading street sweepers and routinely inspecting the storm water system.

And thanks to the village’s low elevation and geographic location, Valley Stream avoids the brunt of storm runoff and the debris that it creates, Fare said.

But Grossman still urges village and Nassau County officials to do a more intensive inspection and decontamination of Mill Pond.

“You can get rid of paper and cigarette butts, but if you have spray cans, lithium batteries, fertilizers or pesticides in this little pond,” he said, the detritus can be harmful to aquatic life and even people and pets.

If the aim isn’t just to avoid the worst kind of pollution, but to help the pond to become once again drinkable, fishable and swimmable, Tahir said, the effort will likely require more than routine upkeep and community cleanups.

But the village already has its hands full dredging up invasive vegetation in the pond.

“It’s a grand project,” Muhammad acknowledged. “But this is a real issue.”

Have an opinon about the litter in Mill Pond? Send us an email to jlasso@liherald.com.