A radio collection that takes listeners back in time

Vintage radios on display at the library 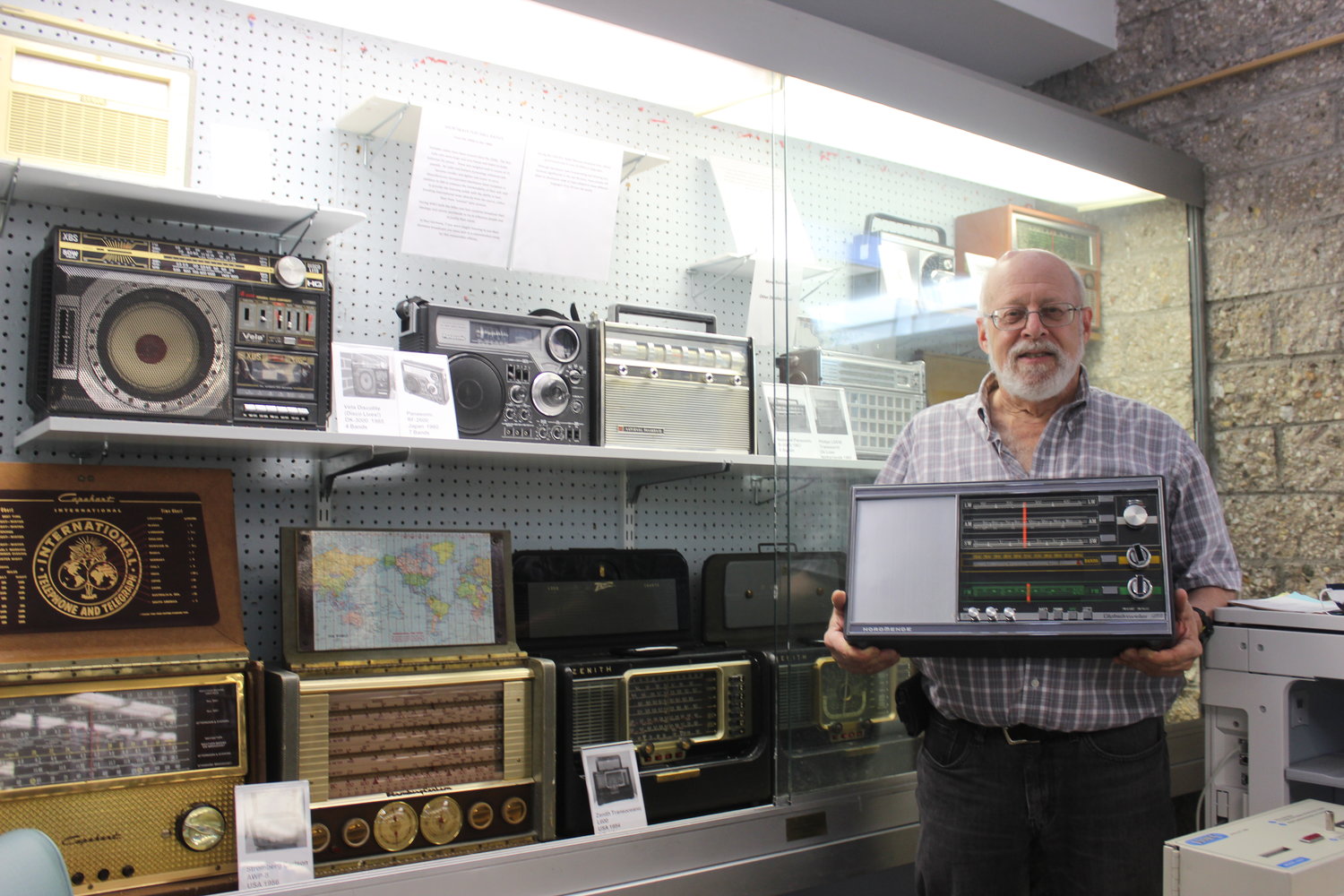 Michael Katz, 69, of Seaford, is a vintage radio collector who has part of his collection on display at the Wantagh Public Library until Saturday.
Photos by Brian Stieglitz/Herald
By Brian Stieglitz

Michael Katz’s collection of more than 200 vintage radios offers listeners more than just a chance to hear Top 40 hits. The 69-year-old Seaford resident has been accumulating radios from different historical movements across the globe.

Katz is displaying part of his collection, which includes 135 wood radios and 90 others, at an exhibit at the Wantagh Public Library until Saturday. He recently gave the Herald a tour of the exhibit, which focuses on shortwave portable radios from the 1950s to the 1980s.

“Before the wall came down, you couldn’t get these,” Katz said, referring to the Berlin Wall and gesturing to a row of Russian Army radios from the early 1980s, which he calls the “forbidden fruit.”

He bought the radios on eBay, but if he had displayed them in the U.S. before 1989 — the year the wall fell — he could have been branded a spy and possibly arrested, he said.

“They couldn’t sell these to us — we were the enemy,” Katz said. “So I think they reverse-engineered their radios and sold them to Europeans for a cheaper price.”

He gestured to another set of wood radios adorned with lavish patterns. “These are French,” he said. “They were really into having fancy designs on their radios.”

Katz grew up in Brooklyn, and had an American Zenith table radio. “I hated it,” he said with a laugh. The first radio he bought on his own was a 1969 RCA table set, “and that’s when I discovered classic rock,” he added.

He listened to the Beach Boys and the Beatles on his radio, and said he grew fascinated with “playing around with complicated controls.” He lived in Manhattan at the time, where he was studying accounting at Baruch College, and bought a car only so he could drive up and down the East Coast to go to hobby and radio conventions and buy more radios.

Katz, now a CPA with a private practice, moved to Seaford 30 years ago to raise a family with his wife, Elizabeth. They have two daughters, Sheryl, 28, and Melissa, 23.

“I have so many big radios all over my house, and my wife always says she wishes I collected thimbles,” he laughed. “When you have a hobby, you tend to go a little nuts. When I go to a show to display them, I stock my car so full I could barely see out the back window.”

He buys the radios at hobby and radio conventions all over the eastern U.S. One of his favorite groups of radio enthusiasts, however, meets once a month right around the block from him, at the Seaford Long Island Rail Road station.

“We had about 20 to 30 people at the last one,” he said. “It’s gotten even more popular now that more people are vaccinated and aren’t afraid to go out in crowds.”

If you have any vintage radios that you no longer use, or to check out Katz’s collection, email him at radiodeco@gmail.com.