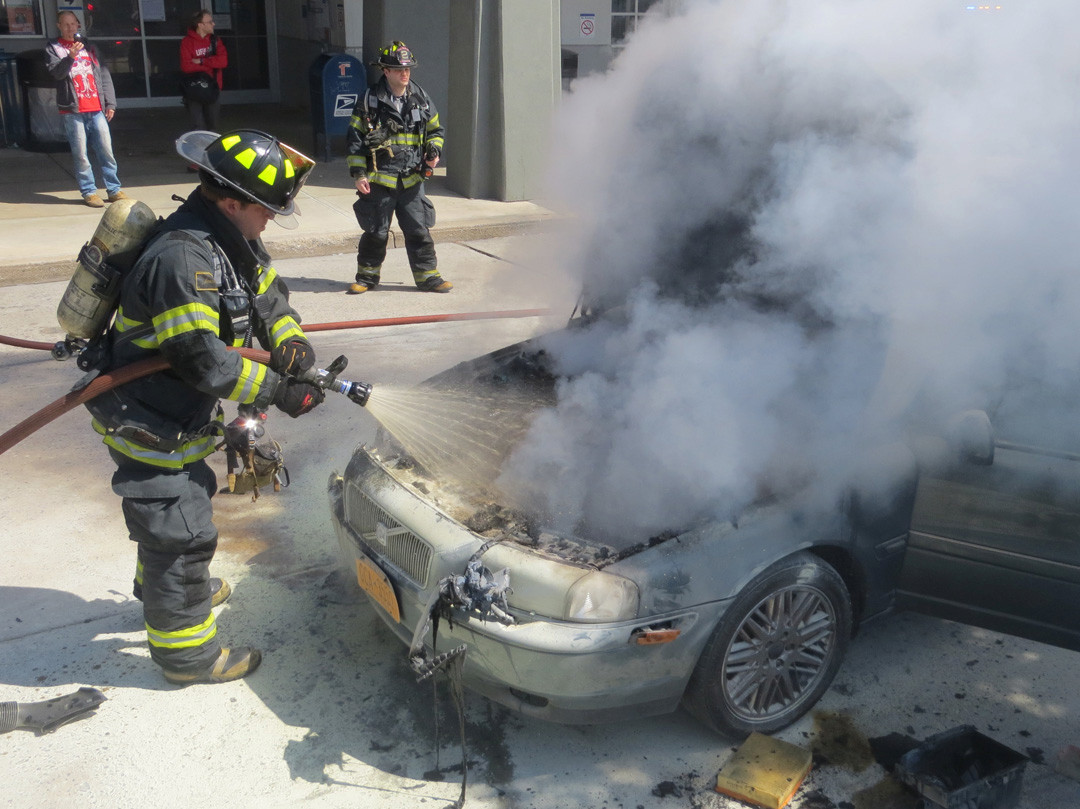 On Friday April 5, a man, driving westbound on Sunrise Highway in Lynbrook, suddenly noticed smoke coming from the front of his four-door Volvo. The car had just been serviced the day before by the dealership. The driver pulled off the highway into the LIRR station, where a passing commuter told the driver his car was on fire. The Lynbrook Fire Department was dispatched to the scene. Vulcan firefighters put the fire out with one hose line while Truck Company performed overhaul work of the totaled vehicle.

Although the fire was put in the driver’s car, his problems were not over — he was placed in handcuffs and arrested after police officers found he had a suspended driver’s license and numerous previous suspensions. The man, who was placed into the back of a Lynbrook police car, was taken to police headquarters for processing.