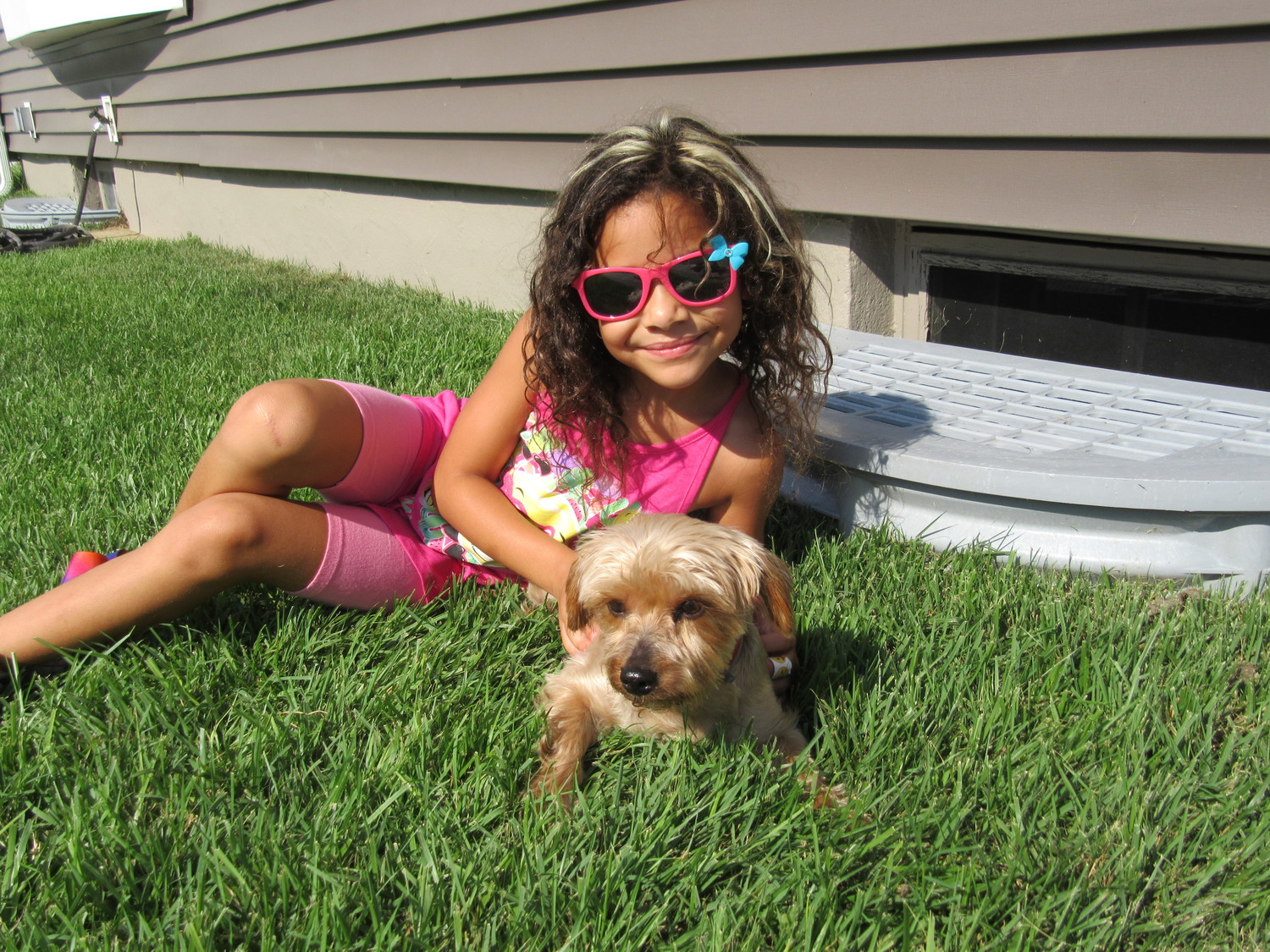 Lydia Toscano, 7, and her furry best friend, Venus, whom she adopted from local animal shelter Posh Pets Rescue, share a special bond: They were both adopted. Their unique story was chosen as a winner of the Petco Foundation’s annual Holiday Wishes campaign, which awards grants to animal welfare organizations like Posh Pets.
Courtesy Sondra Toscano 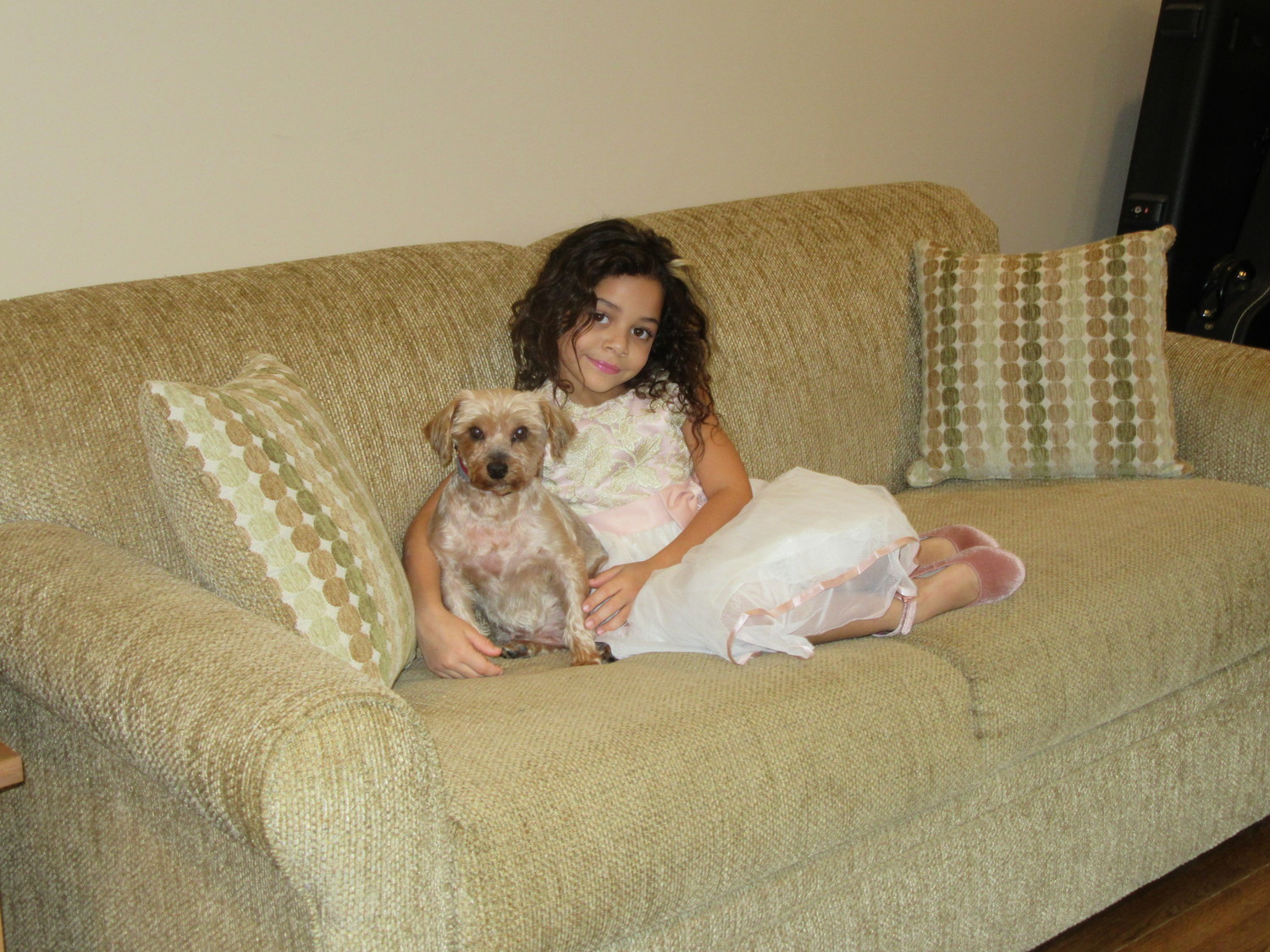 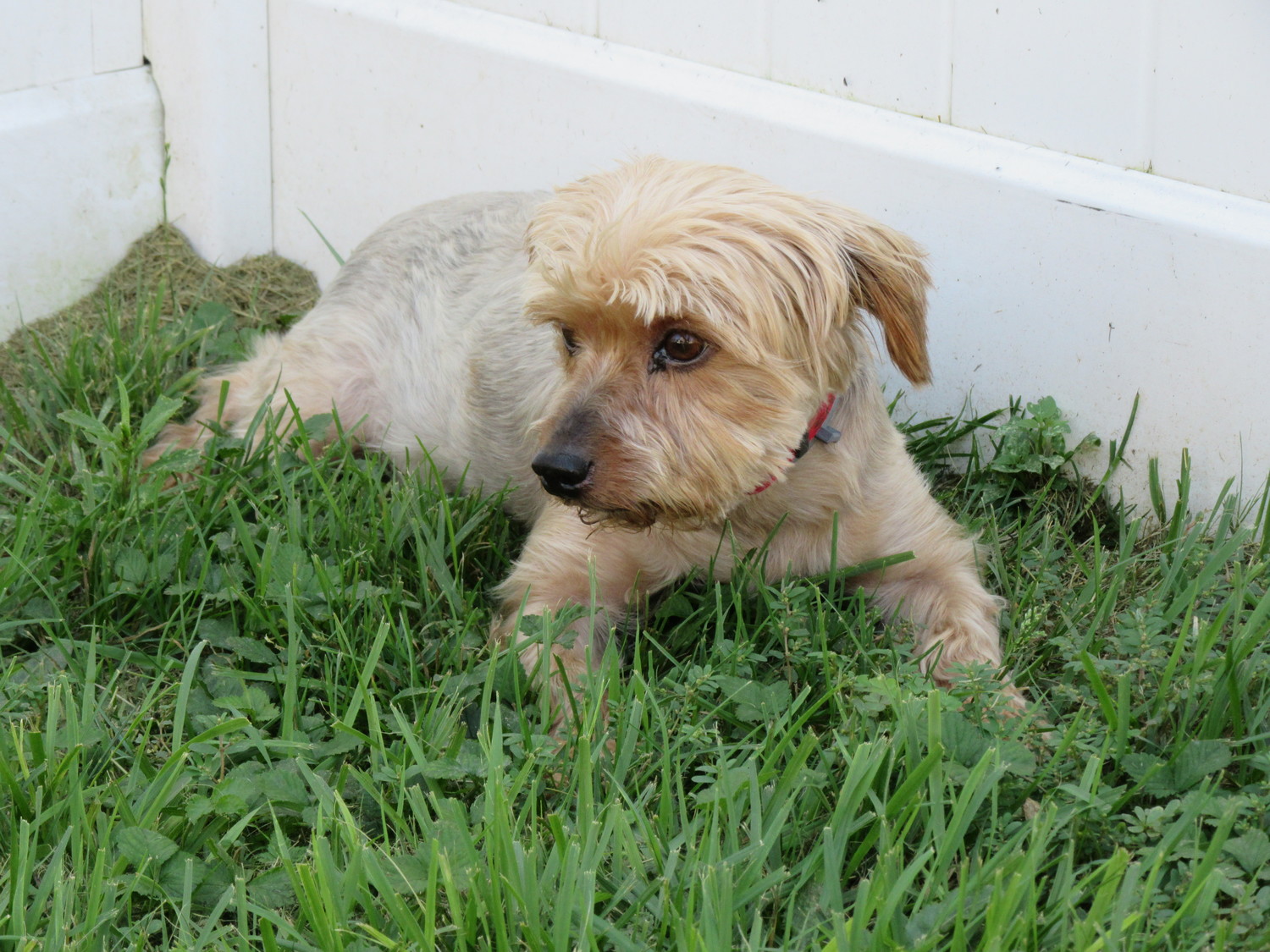 Venus was rescued in January by Posh Pets Rescue President Linda Vetrano when she travelled to Missouri to a puppy mill that was shutting down.
Courtesy Sondra Toscano
Previous Next
By Bridget Downes

A bond between a young girl and her newfound furry best friend has won Posh Pets Rescue, a nonprofit organization that runs the Long Beach animal shelter, a $5,000 grant.

Nassau County resident Sondra Toscano submitted the story of how her seven-year-old daughter Lydia fell in love with Venus, a Maltese-Yorkie mix, from Posh Pets, to the Petco Foundation’s sixth annual Holiday Wishes campaign, which awards grants to animal welfare organizations across the nation.

Thousands of pet owners submitted stories of how their rescued pet changed their lives for the better and only 51 were selected as winners of the grants. Since 2013, the foundation has awarded more than $3.4 million to shelters and organizations that help rescue animals find homes. This year, the foundation has distributed $755,000 in grant awards to “support the year-round lifesaving efforts of these animal welfare organizations,” a representative of the Petco Foundation said. The adopters also won Petco shopping sprees.

Lydia and six-year-old Venus share a special connection — they were both adopted. Toscano, who adopted Lydia when she was a baby, said they spotted Venus on the Posh Pets website and immediately fell in love.

“Her soulful eyes called out to us even through a photograph,” Toscano wrote in her submission to the Holiday Wishes campaign. They visited the shelter, and knew they would take Venus home as Lydia’s adopted sister.

“Venus came over to my daughter and put her paws up on her knees as if to say, ‘Please choose me,’” Toscano told the Herald. “I had given money to [Posh Pets] before and I knew they were a reputable organization that really strove to save the lives of dogs and cats and put them in a better place than they were.”

While Toscano has three other dogs, she wanted to adopt another one to allow Lydia to be a part of the process.

“It’s just wonderful to watch the two of them together,” Toscano said. “[Lydia] considers Venus to be her sister. She calls all the dogs her sisters, but can’t wait to spend time with Venus, caressing her and singing to her.”

Toscano’s submission, posted on the Petco Foundation’s website, included a video of Lydia cuddling with Venus and singing to her.

“You are the best,” Lydia sung. “I love you so much. Thank you for coming into my life.”

Venus was rescued in January by Posh Pets Rescue President Linda Vetrano when she travelled to Missouri to a puppy mill that was shutting down.

“We drove 36 hours down to Missouri in snowy January,” Vetrano said, adding that she and other Posh Pets volunteers saved more than 50 dogs during their trip.

Venus was malnourished, missing teeth and very shy. Vetrano recommended a more playful, lively dog for Lydia, but Toscano and Lydia could not deny their instant connection with Venus, and took her home in April.

“After only a short time, she gained weight, began to trust us, and blended perfectly with our family,” Toscano said in her submission. “Venus sleeps on Lydia’s bed, curled up next to her — two kindred spirits.”

As per Toscano's suggestion, Vetrano also said she is considering creating a program to connect adopted children with adopted dogs.

Additionally, Posh Pets has the chance to win up to $25,000 through the Holiday Wishes People’s Choice Award. The public was invited to vote for their favorite Holiday Wishes story on the Petco Foundation website up until Dec. 19. The top five organizations would win additional grant funding between $5,000 and $25,000. The results would be revealed before Christmas, according to the foundation.

“We want to thank all the pet adopters who shared their amazing stories, and we hope by celebrating some of these stories, others may be motivated to adopt a pet this holiday season,” said Petco Foundation President Susanne Kogut in a statement. “And, for the adoption groups that make it all possible, well, it’s like a visit from Santa Claus delivering a Holiday Wishes grant award to support their year-round dedication and lifesaving work.”

Toscano said she considers Venus to be an angel sent from heaven and a “gift for my daughter to help her understand what we have been telling her all along: that an adopted family member is no different than a biological family member — you love them just the same.”