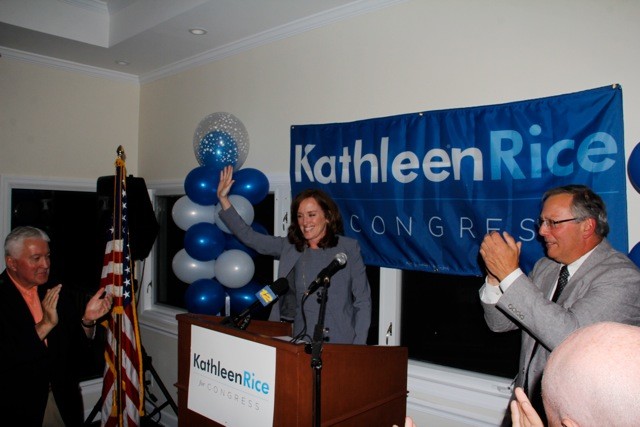 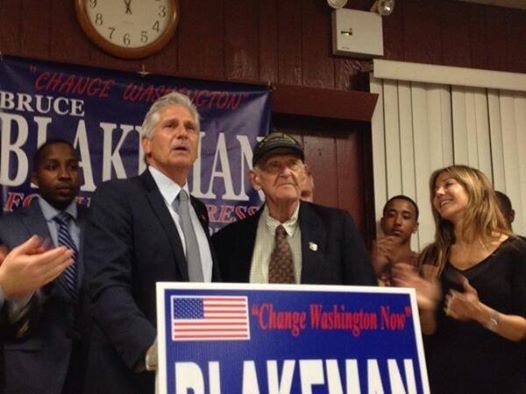 Blakeman declared victory in the Republican primary at his campaign’s Election Night party. Standing beside him was his father, Robert Blakeman.
Courtesy Facebook
Previous Next
By Brian Racow

The first race in 22 years for an open congressional seat in New York’s 4th District can now begin in earnest.

Abrahams and Scaturro have not so far expressly backed their primary opponents in the general election, though they came close in interviews with the Herald. Abrahams said he spoke to Rice on June 24 after it became clear she had won the primary and wished her “all the best.” Nevertheless, he said, Rice’s campaign has not asked his endorsement. Scaturro said he has “not had a conversation with Bruce Blakeman” about an endorsement, but he was also quick to say he did not want to see Rice win election. Both Abrahams and Scaturro praised their staffs for working hard on their campaigns.

Rice and Blakeman are looking to replace Rep. Carolyn McCarthy, a nine-term Democrat, who is retiring. McCarthy was diagnosed with lung cancer last June and announced this year that she would not seek another term. McCarthy endorsed Rice after national Democrats, including Rep. Steve Israel, chairman of the Democratic Congressional Campaign Committee, vetted the DA.