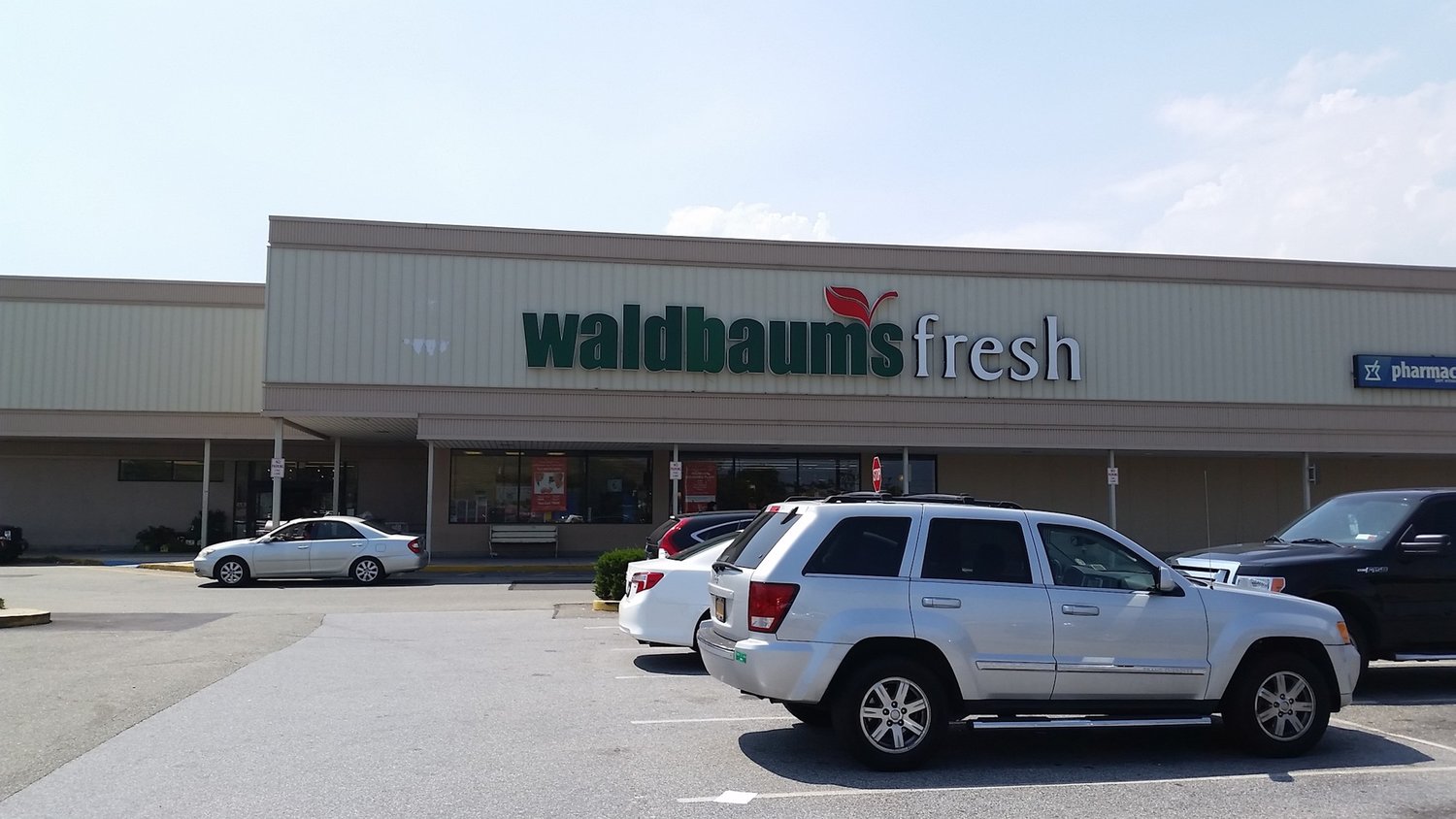 An Amazon Fresh is slated to fill the former Waldbaum’s building, which has been vacant since the store closed in 2016.
Courtesy Robert Perry
By Mike Smollins

After much speculation and buzz about what will replace the vacant Waldbaum’s building in Oceanside, Amazon Fresh is slated for the location. There are 14 such stores across the country.

In May, Amazon Retail LLC applied for a grocery and beer and wine product license at the vacant site at 3620 Long Beach Road, which is now being renovated. The license is pending with the New York State Liquor Authority. The 47,300-square-foot building has been empty since 2016, after Waldbaum’s parent company filed for bankruptcy and went out of business, leaving the shopping center without a grocery store. Tenants there include Marshalls, Bed Bath & Beyond, Kohl’s, Staples and Michaels.

The news of an Amazon Fresh coming to the neighborhood was met with mixed opinions from residents.

“I’m not interested in Amazon anything,” Cathie Stalano said. “. . . I would much rather have a sit-down, eat-in Chinese restaurant. I will not be patronizing that store and paying outrageous prices for organic anything.”

Michelle Weiner was one of many residents who said she believed the building would have been put to better use if it was a recreation center or entertainment arena for children. “How many more supermarkets do we need in the area?” she said.

Archi Jay expressed a similar sentiment. “That would be a great spot for indoor rec area,” he said, “anything like laser tag, air trampoline or an arcade — something for kids and adults to do with plenty of parking.”

Jeff Barkan offered a different perspective, noting that he thought it would be a great fit for the neighborhood. “For those that are in dreamland about that spot, believing that a recreational facility would be better, there is not a chance it would be financially viable,” he said. “If it was, the space would never have remained vacant for so long. This is a done deal, and it will be fabulously successful.”

Joe Glavin said he enjoyed the technology aspect to Amazon Fresh supermarkets, which offer a traditional selection of goods, but use technology to let shoppers pay without going through checkout lines. Most Amazon Fresh stores use the Amazon Dash Cart, a “smart shopping cart.” By using it, customers can sign into the cart using the Amazon app, place their bags in the cart and leave the store using the Dash Cart lane.

“I like the idea that you can walk into the store with your app, put your stuff in the bag and just walk right out with no line,” Glavin said. “Unless you want to pay traditionally, go on their app. It’s really cool.”

Jesus Rodriguez said he favored the new store. “That spot was empty there for about five, six years; [now it’s] finally rented, revitalized and soon to be open,” he said. “I think everyone should be happy, for the most part, being that there was not many companies willing to invest in Oceanside.”

Responding to a Facebook entry in an Oceanside community group, many residents said they were pleased about the potential for Amazon Fresh, while others were against it, some said they were keeping an open mind, and others said they don’t have a strong opinion.

Amazon, based in Seattle, bought Whole Foods Market for $13.7 billion in 2017 and opened its first Amazon Fresh in California last August. There are 14 Amazon Fresh locations across California, Illinois, Virginia and Washington.