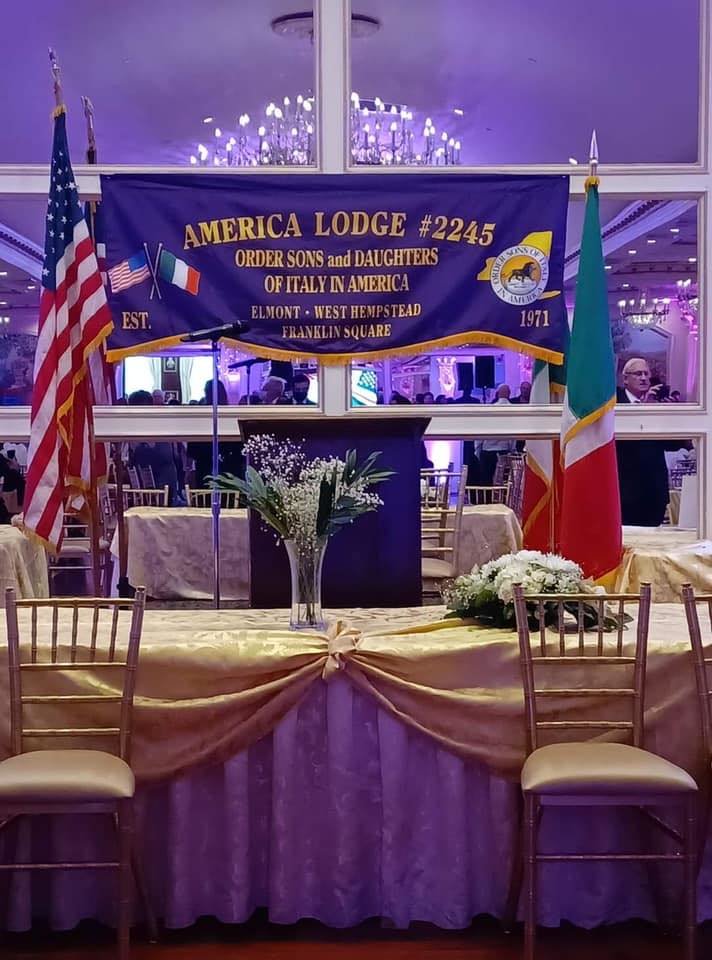 The Sons of Italy Lodge 2245 dinner on Sept. 19 marked the 50th anniversary of the lodge.
Courtesy Andrew Monteleon 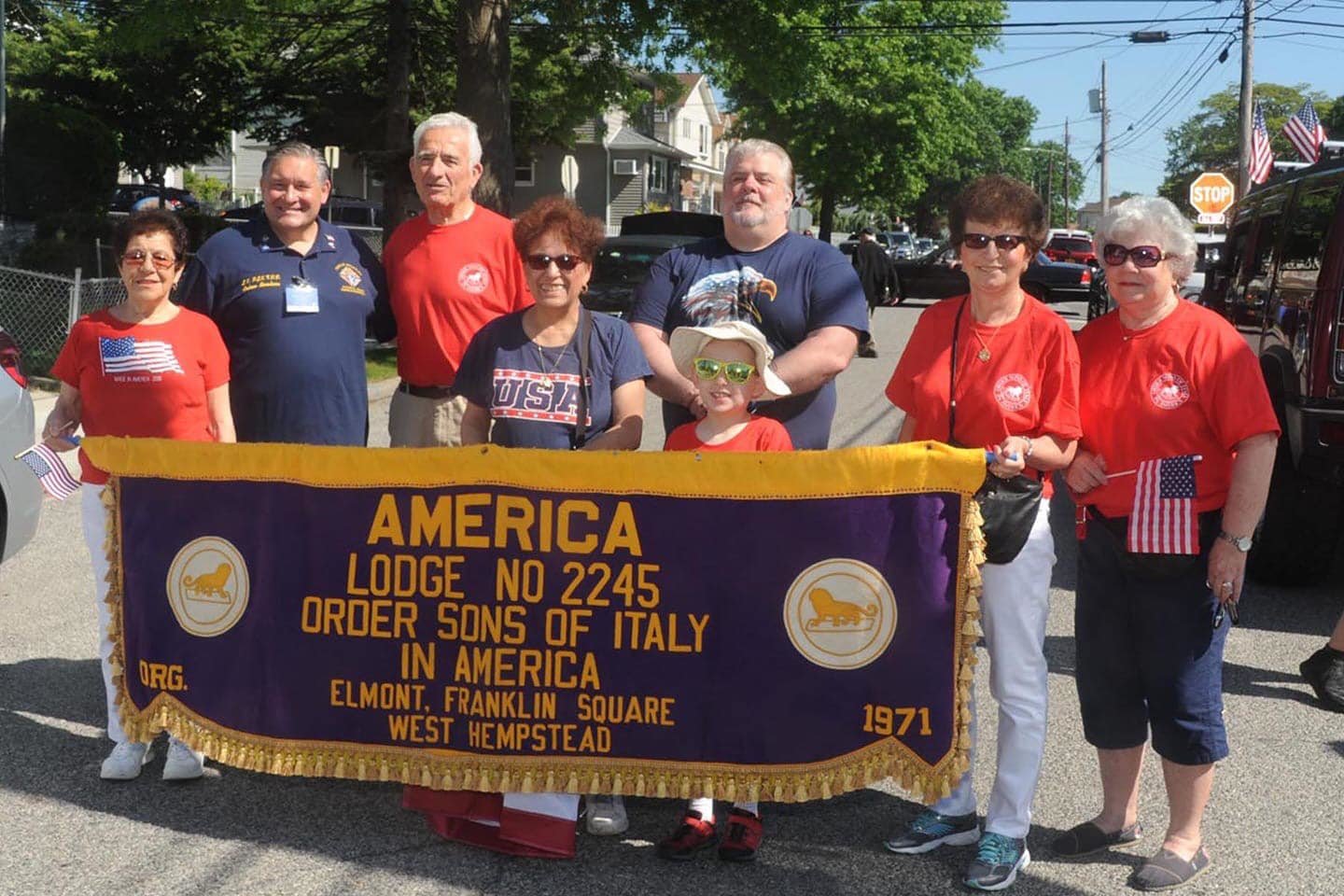 The majority of 2245 members, Monteleon said, are from Elmont and Franklin Square.
Courtesy Andrew Monteleon
Previous Next

The dinner was to say thank you for bringing us to 50 years.”
Andrew Monteleon, President of Lodge 2245
By Robert Traverso

The Order Sons and Daughters of Italy in America Lodge 2245 held a celebratory dinner on Sept. 26 to commemorate the 50th anniversary of the Elmont-Franklin Square lodge.
The dinner, said lodge President Andrew Monteleon, was held for “people who believe in the lodge” and its mission to bolster Italian-American pride and serve community members.
The dinner also commemorated five individuals who have been longtime active members of Lodge 2245 for more than 50 years, including Rosemarie Montemarano, Catherine Palmeri, Michael Paolino, Fredrick Tomasone and Monica Tomasone.
One member, Monteleon said, suffered a stroke last year and told him that he did not think he would be able to attend the 50th anniversary dinner. “That broke my heart,” Monteleon said, adding that the man was able to attend the dinner Sunday. “The dinner was to say thank you for bringing us to 50 years,” Monteleon said, emphasizing the role played by these members in growing the lodge and expanding its ability to serve local communities.
The main goal of Lodge 2245, Monteleon said, is to serve local communities. He said that despite the “rich history” of the lodge in Elmont and Franklin Square, where it began to grow several decades ago, Monteleon would like to see the lodge do more for these communities. To revive the ledge’s community service mission, Monteleon has partnered with local civic organizations such as the Garden City South Community League and the Franklin Square Historical Society to host community events, he said.


Monteleon, who is originally from Ozone Park in Queens, said membership of the lodge today is concentrated between individuals from West Hempstead and Garden City, as well as Elmont and Franklin Square.
As president, Monteleon has worked to increase Lodge 2245’s membership. President for two years, Monteleon has publicized the lodge’s message of Italian-American pride and community service, as well organized community events. Before this, membership was “dying off,” Monteleon said, dropping to 104 members before he became president of the lodge. Today, the lodge has 154 members.
“Without members, you deplete,” said Vincent Giordano, immediate past president of Lodge 2245, who served before Monteleon from 2017 to 2019. “You need a solid foundation.” Giordano said Monteleon has had great success in increasing lodge membership and spreading the message of Lodge 2245.
The Sept. 26 dinner was special for another reason, Giordano said: Lodge members had been unable to meet and see one another in person for more than 18 months because of the ongoing coronavirus pandemic. The dinner, Giordano emphasized, brought an end to this.
“We’re all together as one, this is the key,” Giordano, a member of the lodge for 21 years, said, adding that this represented the deeper meaning of the anniversary dinner.
To Giordano, the dinner represented the unity that has kept the lodge together for more than 50 years. The fact that the 50th anniversary dinner was the setting in which lodge members were able to see one another the first time in many months, he said, was the “cherry on top.”
Report an inappropriate comment