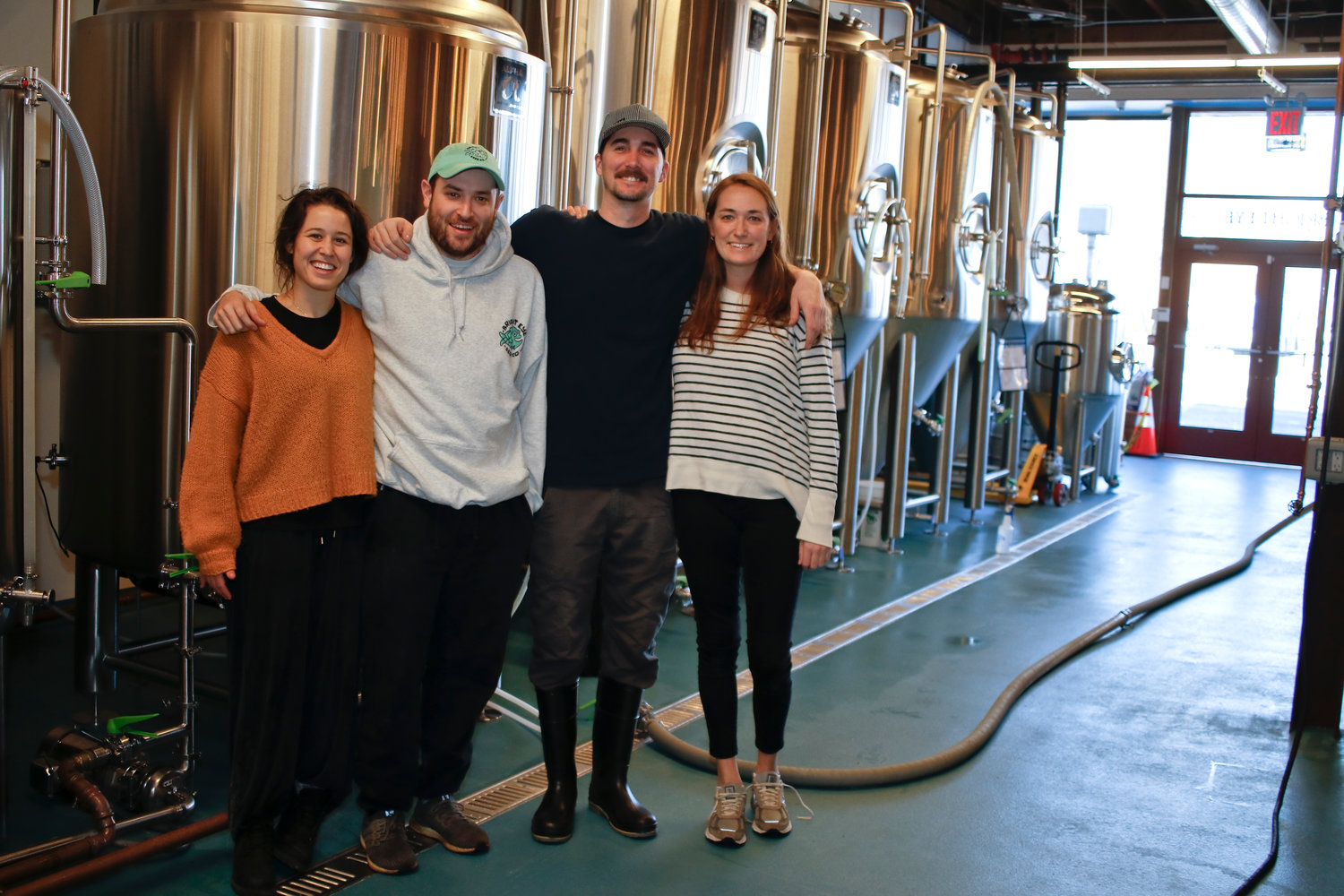 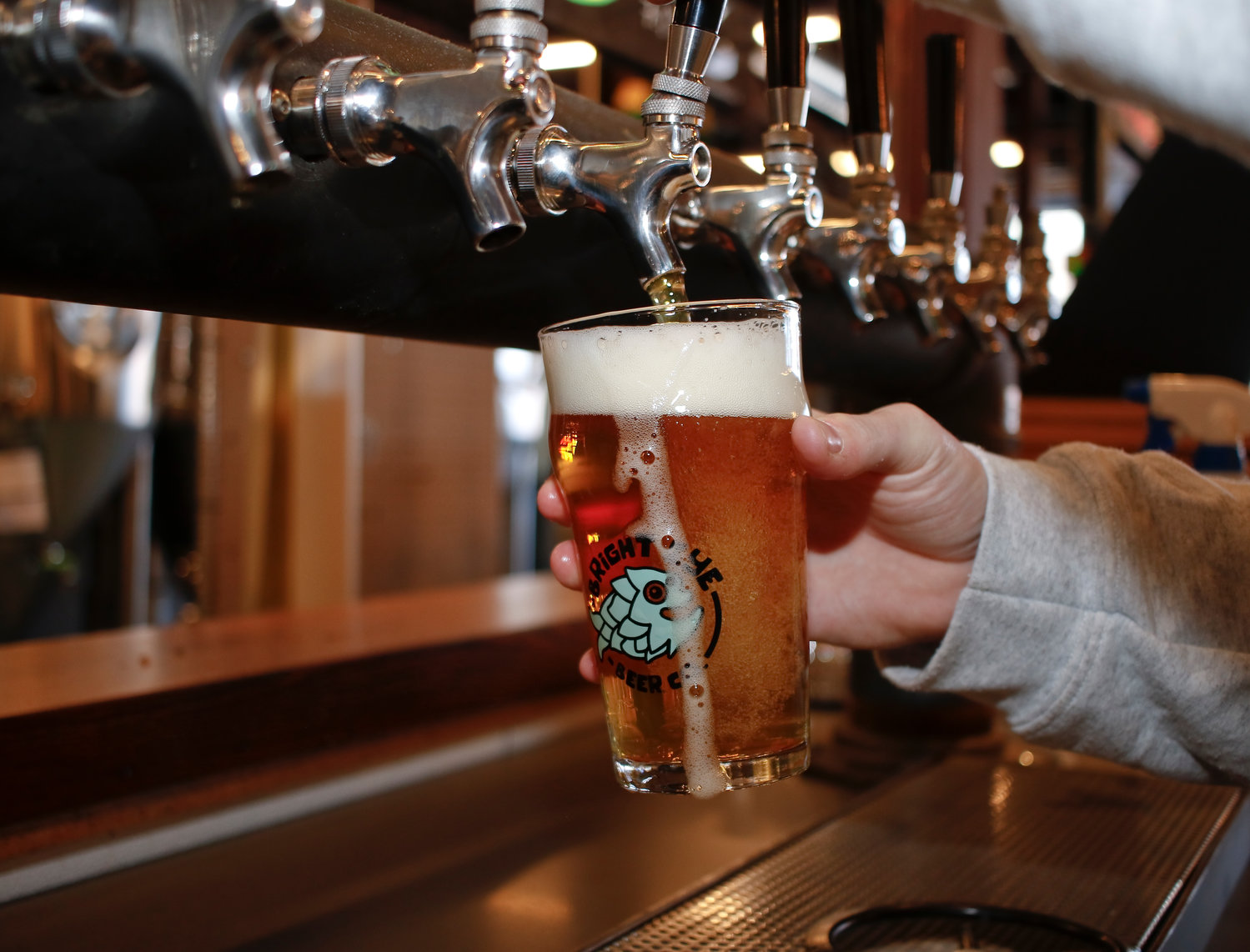 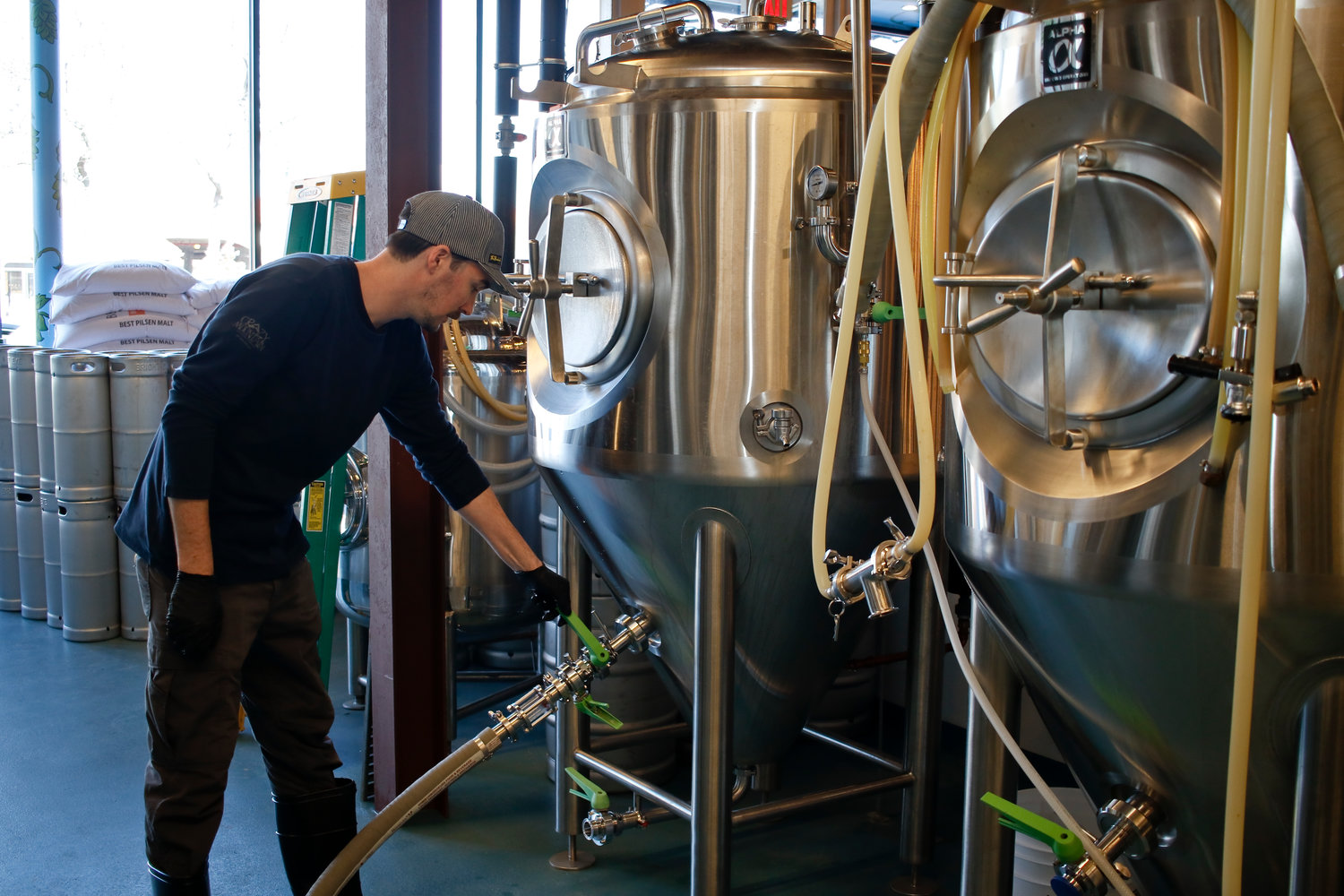 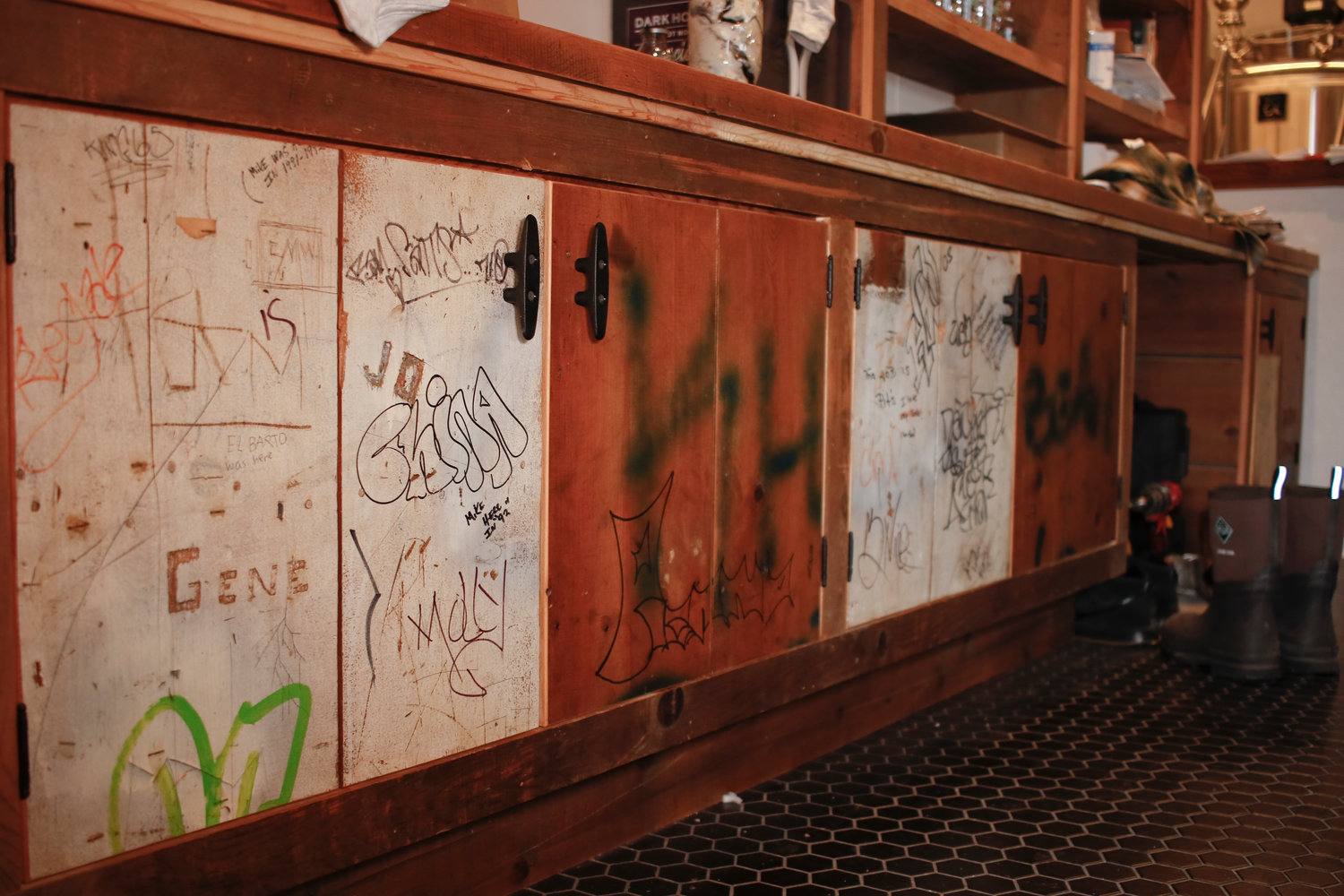 The owners reused wood and cabinets from the old Variety store. 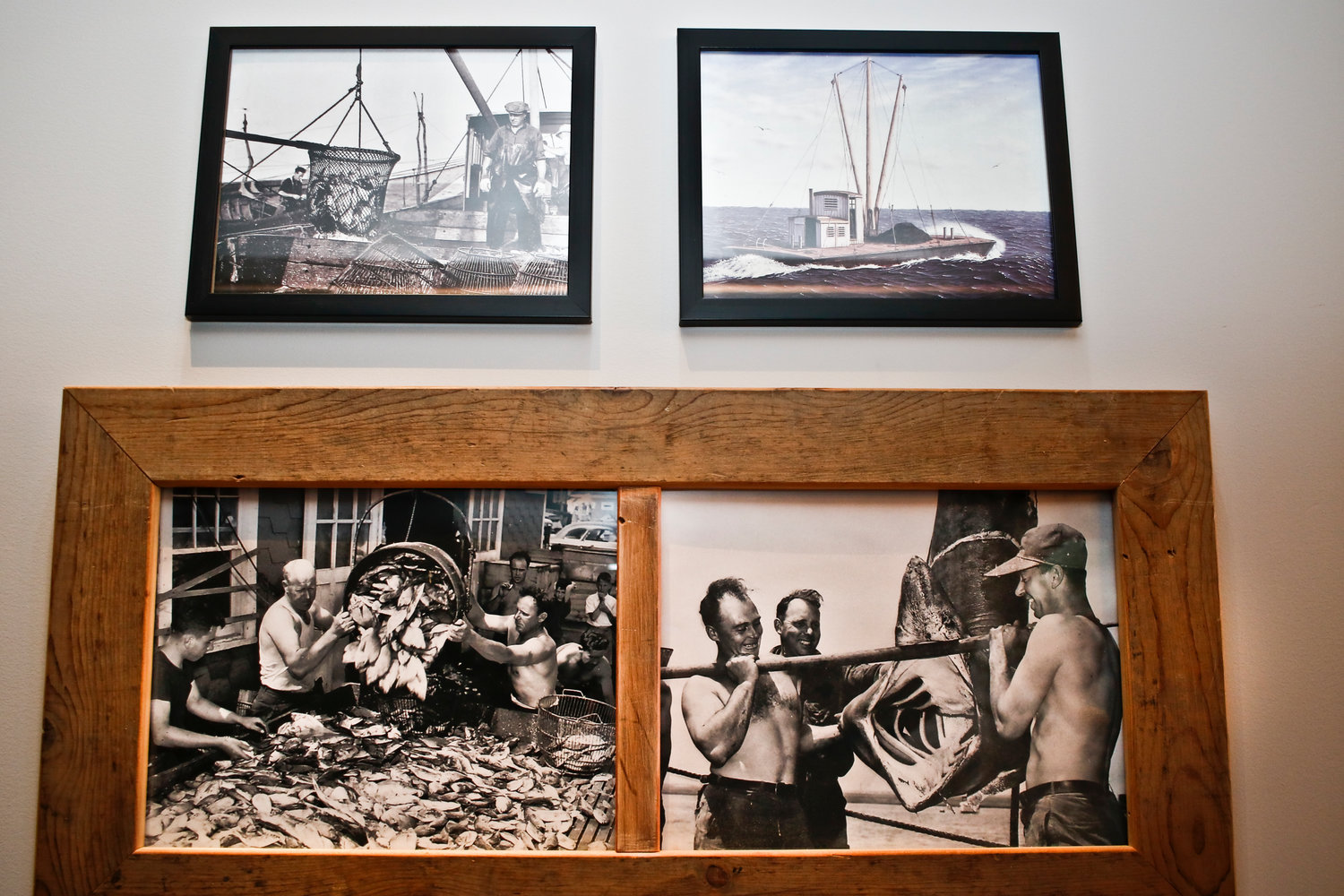 The owners said that the Bright Eye Beer Company pays homage to Point Lookout’s Bright Eye Fishing Company. Photos and artifacts are displayed throughout the space. 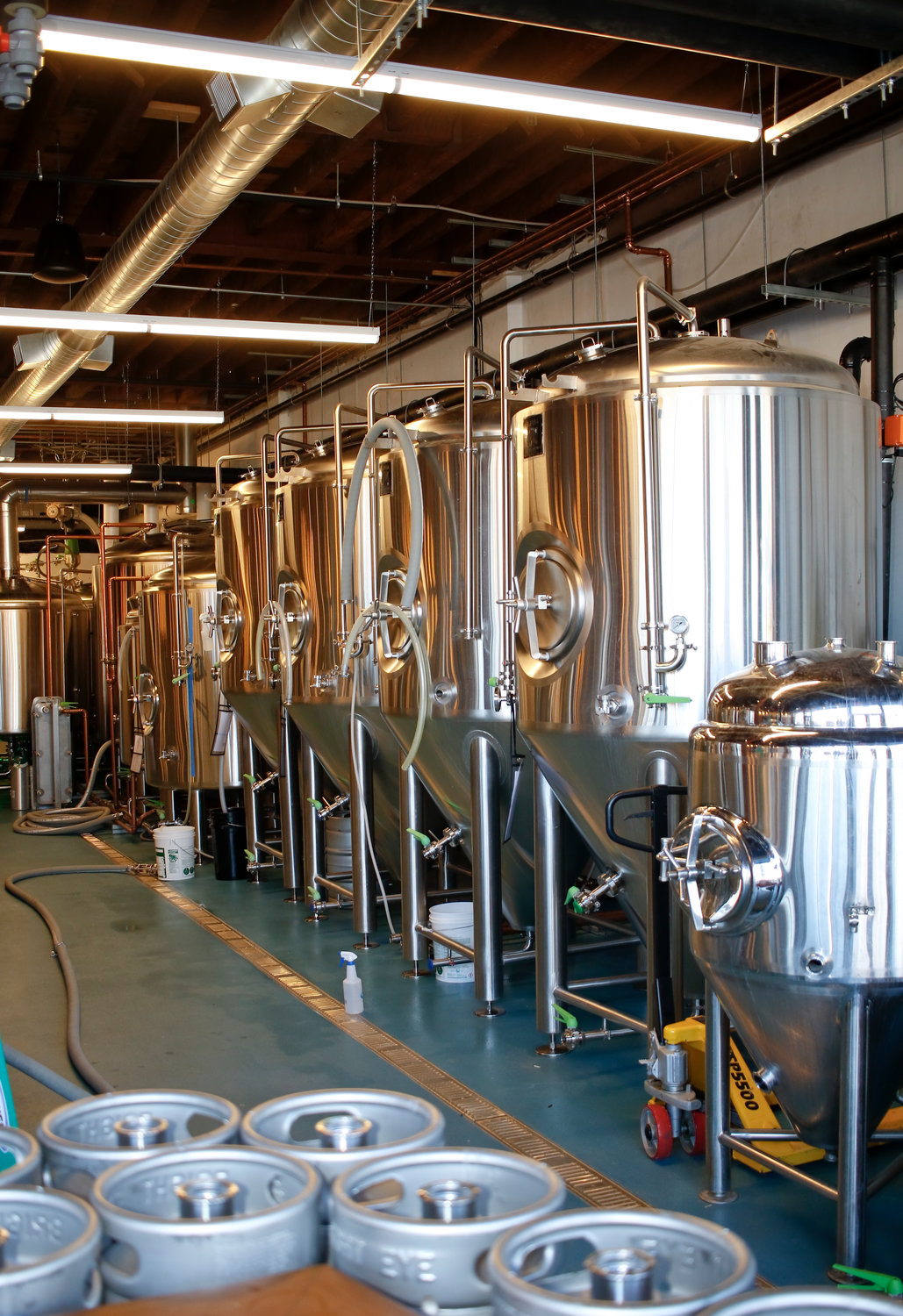 Bright Eye has 16 stainless barrels for fermenting the beer.
Previous Next
By Darwin Yanes

The year and a half journey to open a brewery in the heart of Long Beach will come to fruition on Friday when the Bright Eye Beer Company holds its Grand Opening at 6 p.m.

Luke Heneghan, along with his sister Keira and business partner Molly Allare, who co-own the brewery, have worked to transform the property at 50 W. Park Ave., a 5,000-square-foot space that was previously home to Long Beach Craft & Variety. Much of the wood used to build the brewery was recycled from the old variety store.

In January, the owners were granted New York State brewer licenses, which was the final piece they needed to open the establishment. After weeks of fermenting and hours brewing beers, they are now ready to open their doors to the public.

“It’s exciting and we’re still a little nervous because it has been so long and business is about to start,” Heneghan said. “We’re curious to see what every day will look like.”

Heneghan is no stranger to owning and operating a small business. His family owns J.A. Heneghan’s Tavern in Point Lookout. He also decided on the name Bright Eye Beer Company as an homage to the old Point Lookout Bright Eye Fishing Company.

The owners brought in head brewer, Brendan Maxim, who has experience brewing commercially in California and Colorado. Heneghan said that they will have eight beers on tap, including, a blonde ale called “The Regular Slice,” a hazy I.P.A called “Foam-o,” and stout with Coffee and chocolate named “Babe’s.” He added that in the summer, they will have more pilsners, lagers and lighter beers.

The brewery will also offer different sodas, kombucha and New York State wine from the Shinn Estate Vineyards in Mattituck.

As of now, Heneghan said that the brewery will be open from Wednesday to Sunday with permanent hours to be announced in the coming days. The brewery will also feature a variety of merchandise options such as Sweatshirts, T-shirts, hats, beanies and drinking glasses.

The owners held a soft opening on Feb. 15, where they brought in all the people who assisted them in opening the brewery. Heneghan said it was a way to show their appreciation for all the hard work and help they provided.

As for Friday’s grand opening, Heneghan said he expects a few hundred people to attend the event. The Dave Kellan band will perform on Friday and there will be a ribbon-cutting ceremony with local officials, the Long Beach Chamber of Commerce and representatives from National Grid and PSEG, which provided the brewery with a grant.

“We’re just hoping people are comfortable and it doesn’t get too crazy,” Heneghan said about the grand opening.