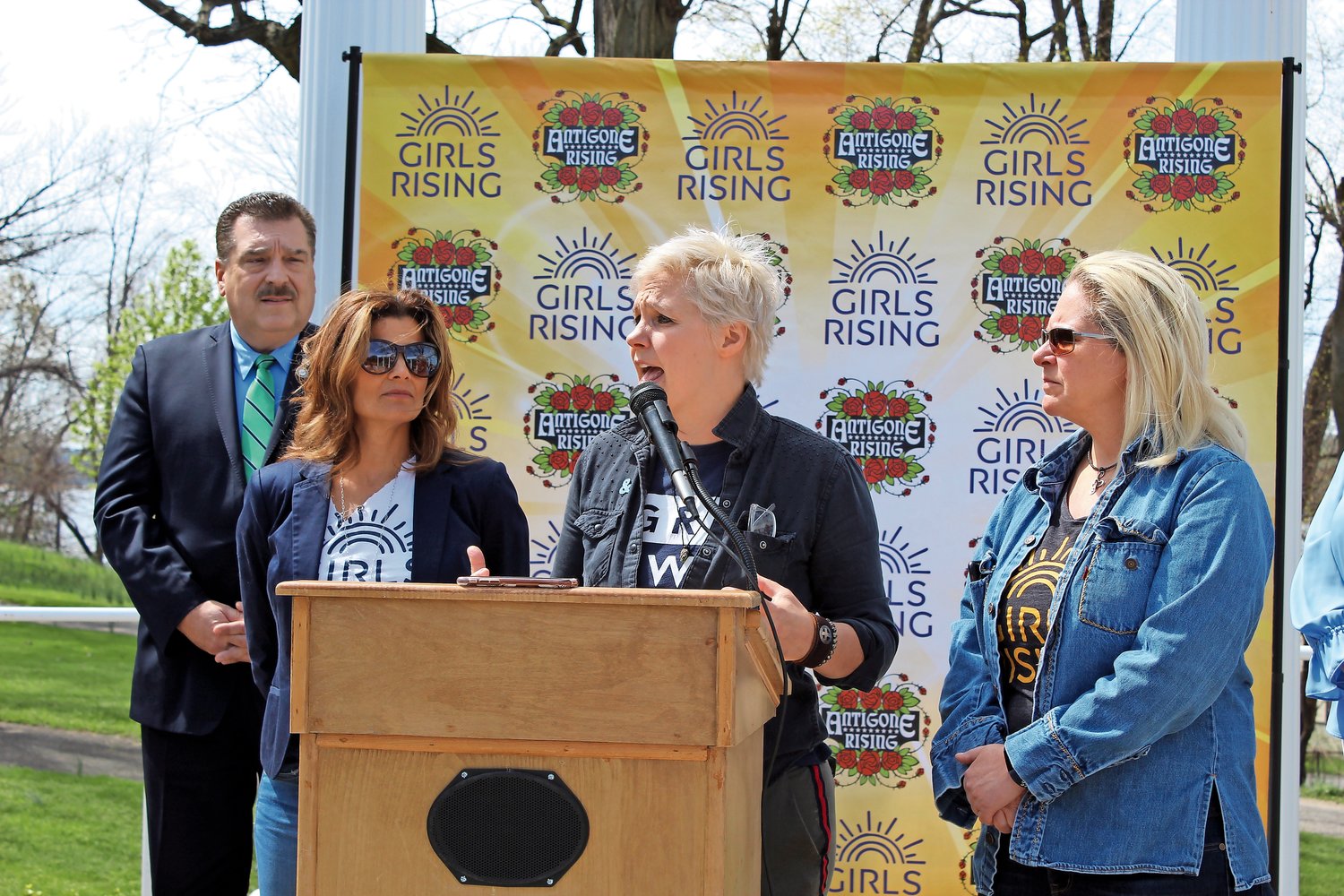 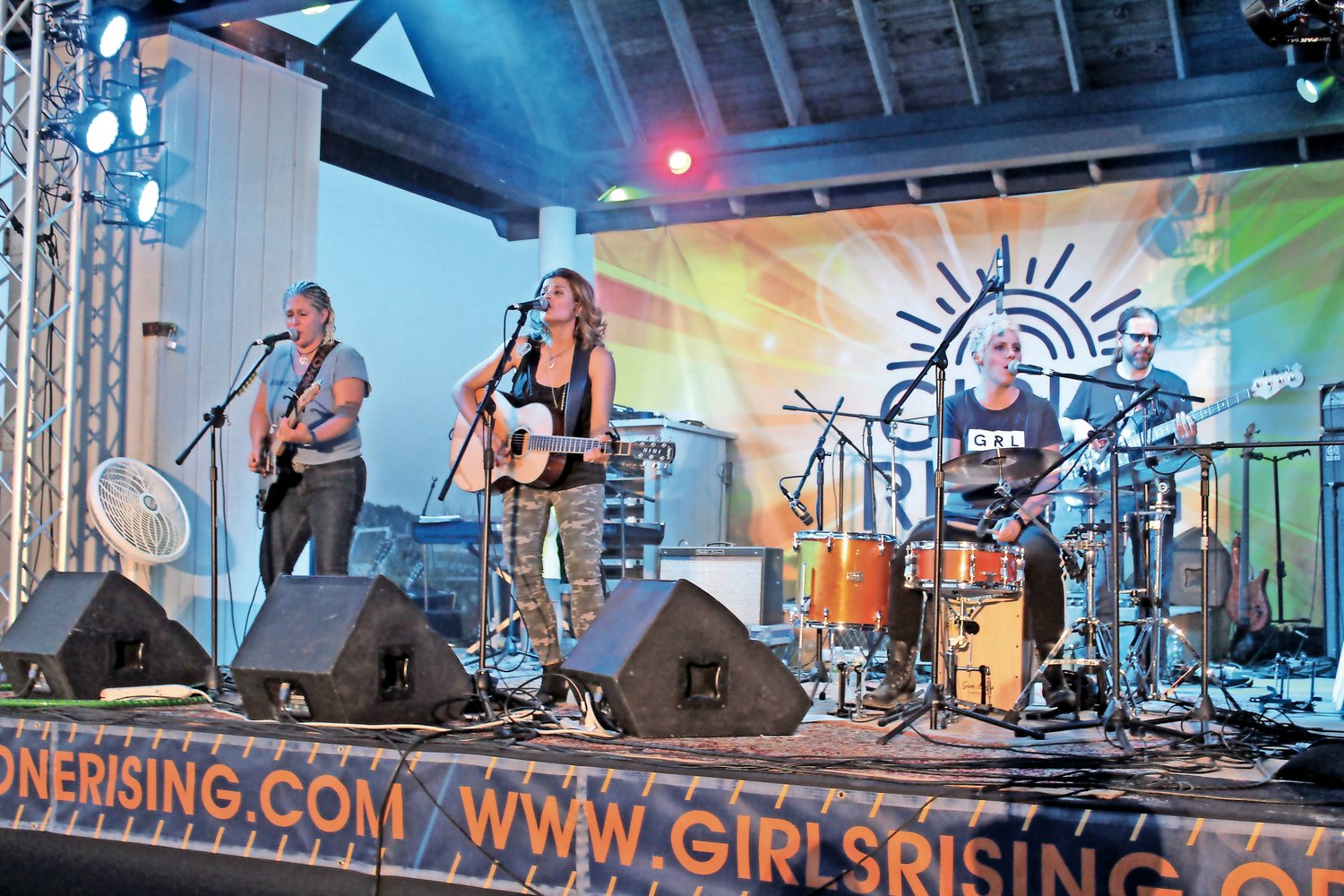 The following artists will be featured at the sixth annual Girls Rising Music Festival on Saturday, June 22 from noon to 9 p.m. at Morgan Memorial Park, Germaine Street, Glen Cove.

Paula Cole is a Grammy Award-winning singer/songwriter best known for her song “I Don’t Want to Wait,” the theme for “Dawson’s Creek.” Her single “Where Have All the Cowboys Gone?” reached the top 10 of Billboard’s Hot 100 list in 1997.

Jill Sobule is best known for her songs “I Kissed A Girl” and “Supermodel” from the 1995 film “Clueless.” Her folk-inflected compositions alternate between ironic, story-driven character studies and emotive ballads, a duality reminiscent of 1970s American songwriters like Harry Chapin and Randy Newman.

The festival was formerly known as BeachFest and was held across Hempstead Harbor at the Sea Cliff Beach Pavilion for the past five years. It was given a new name and location this year to emphasize the group’s nonprofit, Girls Rising, and expand the daylong program beyond the beach.

“After five years in Sea Cliff we felt we had this opportunity to go to Glen Cove, to get on the sprawling lawn with the two stages and be able to grow in the way that we always thought we would,” said lead singer, Nini Camps.

The band’s founding members — sisters Kristen Ellis-Henderson and Cathy Henderson — grew up in Glen Cove. “This is such a homecoming for them,” Camps said. As youngsters, the Henderson sisters attended prom, played sports and hung out with many of the people who helped make this year’s festival a reality, they said.

“It’s really awesome to have that local feel,” Ellis-Henderson said.

In 2012, during Women’s History Month, Antigone Rising conducted outreach workshops in the Middle East as cultural ambassadors for the U.S. State Department. They discussed what it was like to be an all-female rock band in a male-dominated industry, and exchanged cultures with communities in Israel, Palestine and the West Bank. Looking to emulate that program back home, they launched Girls Rising in 2014. The nonprofit offers empowering programming for young girls and LGBTQ youth.

The Girls Rising Music Festival will be a celebration of the nonprofit’s work with its mentees and give residents the opportunity to watch those children perform alongside award-winning, female artists (see box, page 14). Moving the event to Morgan Park allowed the band to invite bigger, national artists to the community, Camps said. “Artists that we’ve dreamed of coming to our town are at the ready [to perform],” she said, “so we see a long road of festivals bringing incredible musicians here.”

Branch Real Estate Group, of Sea Cliff, will sponsor the festival’s main stage, and Kidz Bop will sponsor a second stage for younger musicians in the lineup. The centerpiece of the festival will be a panel discussion featuring successful women from the community. It will be moderated by News12 anchor Carol Silva. Food trucks, specialty vendors and children’s activities will also be available throughout the day.

The night before the festival, Girls Rising will host its annual Game Changer Awards at My Father’s Place in The Roslyn Hotel. The awards serve as a fundraiser for the nonprofit and also recognize inspiring women of all ages; three of the awards were underwritten by famed female artists Joan Jett, Melissa Etheridge and Carnie Wilson.

“We’ll be giving away scholarships and grants to kids in the community,” Ellis-Henderson said. “It’s a great way to get up close and personal with everyone and give back to Girls Rising.”

Branch partner Molly Deegan, of Sea Cliff, said her business shares the same values as the nonprofit’s: empowerment, enrichment and education. “Collaborating with Girls Rising was a very easy fit for us,” she said. “We’re excited for the music festival, and we know it’s going to bring out lots of people this summer.”

Nassau County Legislator Delia DeRiggi-Whitton, who played softball with Ellis-Henderson back in the day, said Glen Cove was honored to host “one of the best women’s bands not only from Long Island, but the whole nation.”

Glen Cove City Councilwoman Marsha Silverman has also been friends with the band for a long time, and said she greatly values their music and ability to empower young women. “[The festival] is not just great for their foundation, but for our whole community to get together and have a fun day for a good cause,” she said.

The sixth annual Girls Rising Musical Festival is Saturday, June 22 from noon to 9 p.m. at Morgan Park. The event is free with a suggested donation of $15. Residents can buy tickets and nominate individuals for the Game Changer Awards at www.girlsrising.org. Submissions are due by May 15.