At 80, still buzzing and clipping

‘Nick the Barber’ has been at Majestic since 1962 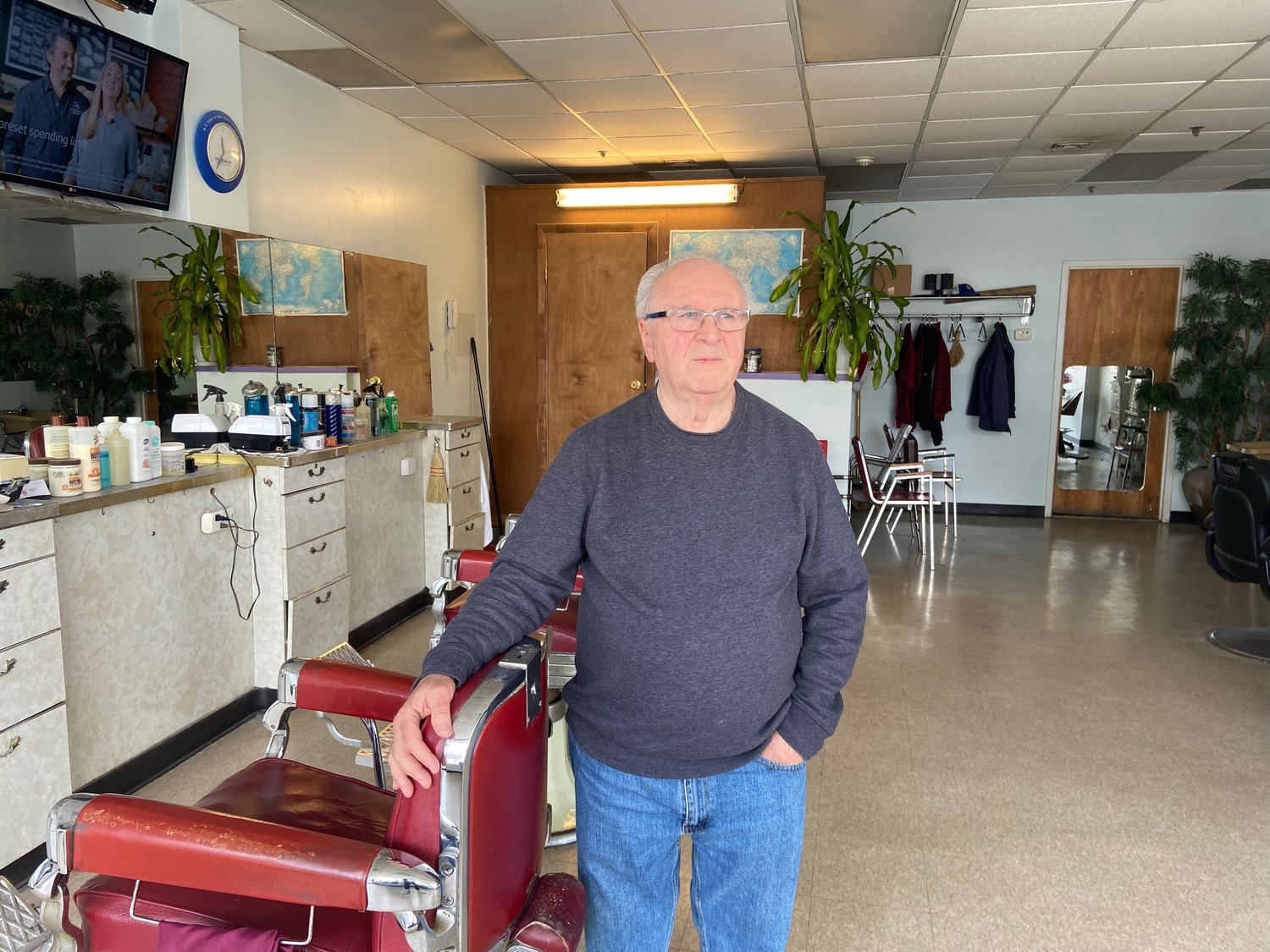 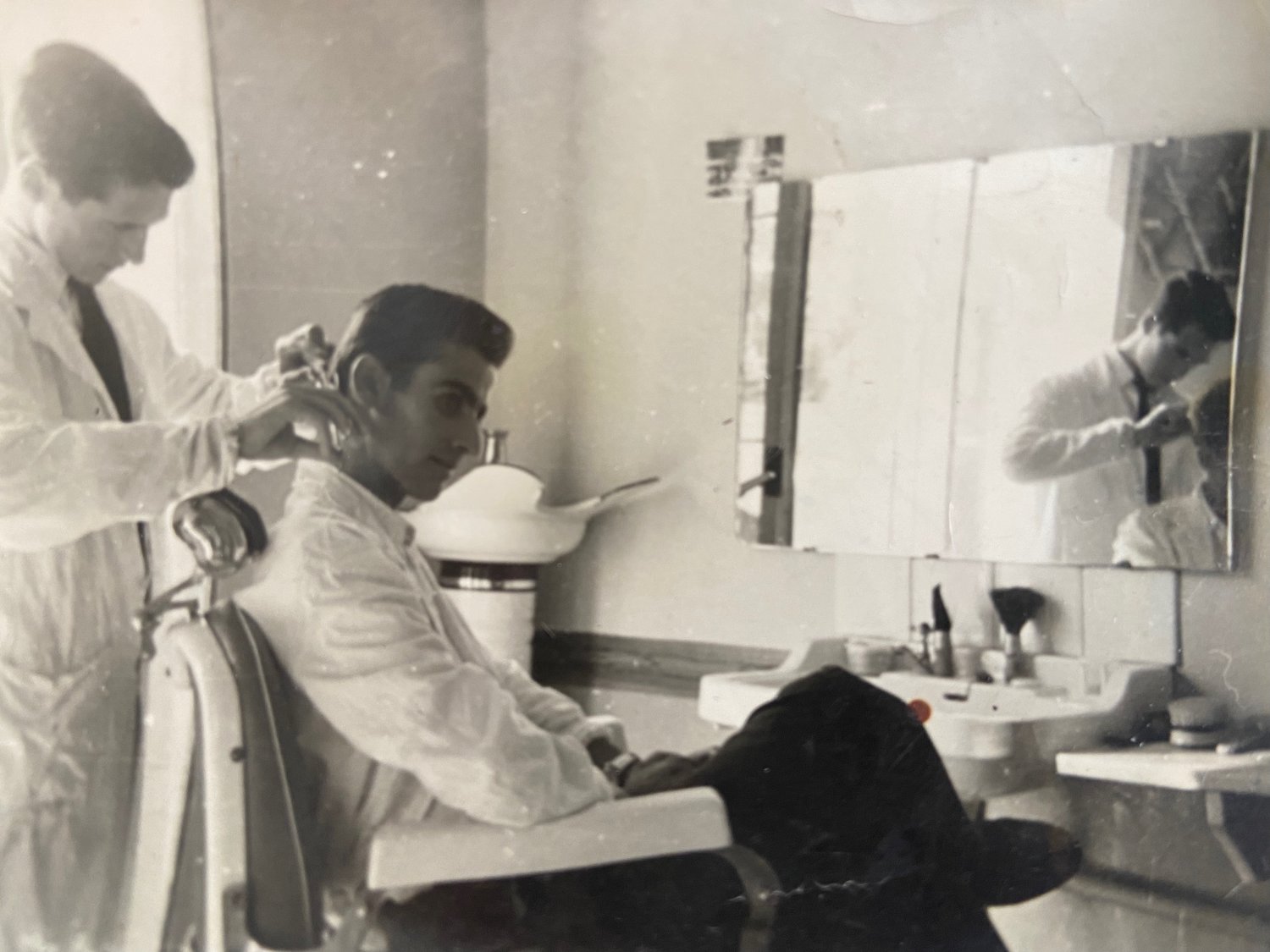 Nick Oricchio, left, working at a barbershop in Italy at age 17
Courtesy Nick Oricchio
Previous Next
By Brendan Carpenter

Over the decades, hairstyles have changed — from crew cuts to flat tops to locks that hung down to the shoulders, and even lower. But through it all, the barber behind the chair at Majestic Barber Shop, on Park Avenue, has remained the same.

Nick Oricchio, now 80, has been cutting hair, trimming mustaches and clipping beards in Long Beach for 60 years and, he said Monday, his barbering days are nowhere near over.

“I’ve gotten a lot of new customers over the years,” Oricchio said. “I have the best customers in the world. Why? Because I treat them with respect. Sometimes you succeed with people and sometimes you don’t, but I don’t take anything for granted.”

His skill with scissors and combs dates to his youth in Salerno, Italy, where he was raised. After school, other kids would play and wrestle, but young Nick wanted none of that. His father, a carpenter, told him to “pick up what you want to do for the rest of your life.”

He decided he wanted to be a barber.

“I started training at a barbershop in Italy,” Oricchio recalled.

“My boss’s name was Benjamin Frussu. After about two years, I learned how to do the razor. I never went to school for it.”

Oricchio left Naples on a ship called the Christopher Columbus on May 25, 1962, and arrived in Long Beach 10 days later. A month after that, he got a job at Majestic.

The shop has been in Long Beach for nearly 100 years, opening in 1925, where Bank of America now stands next to the train station.

It took Oricchio a while to learn English, but taking night classes at Nassau Community College, he eventually got the hang of the new language.

Nine months after he was hired, a young man named Antonio Gonzalez came to work at Majestic. Oricchio and Gonzalez worked alongside each other for 20 years before buying the shop together in 1982. Since then the business has moved twice, first to where the restaurant Brixx and Barley is now, and then, in 2004, to its current spot, across Park Avenue from City Hall.

Gonzalez died of a brain aneurism in 2005. Since then, Oricchio has been the shop’s sole owner. “We worked together for 42 years,” he said. “We never had an argument.”

Oricchio has seen all kinds of heads over the decades. He has cut the hair of many, including former U.S. Sen. Al D’Amato and Guy James Mangano, a former state assemblyman and senator and State Supreme Court justice.

Former Long Beach City Councilman Mike Delury has been a customer of Oricchio’s for 25 years. “He’s been around for so long and has had all different kinds of people come in from all over,” Delury said. “He’s very conversational, and has a lot of history that not everybody has.”

Hunter Bloomer, a 2021 Long Beach High School graduate, began going to Majestic as a youngster with his dad. ”The waits were never long, the rates are always good and they always had a bowl of candy,” Bloomer recalled.

Oricchio, who now lives on December Walk with his girlfriend, said he would continue cutting hair until his service starts to decline. He doesn’t see that happening anytime soon.

The bowl of candy is still on the counter.