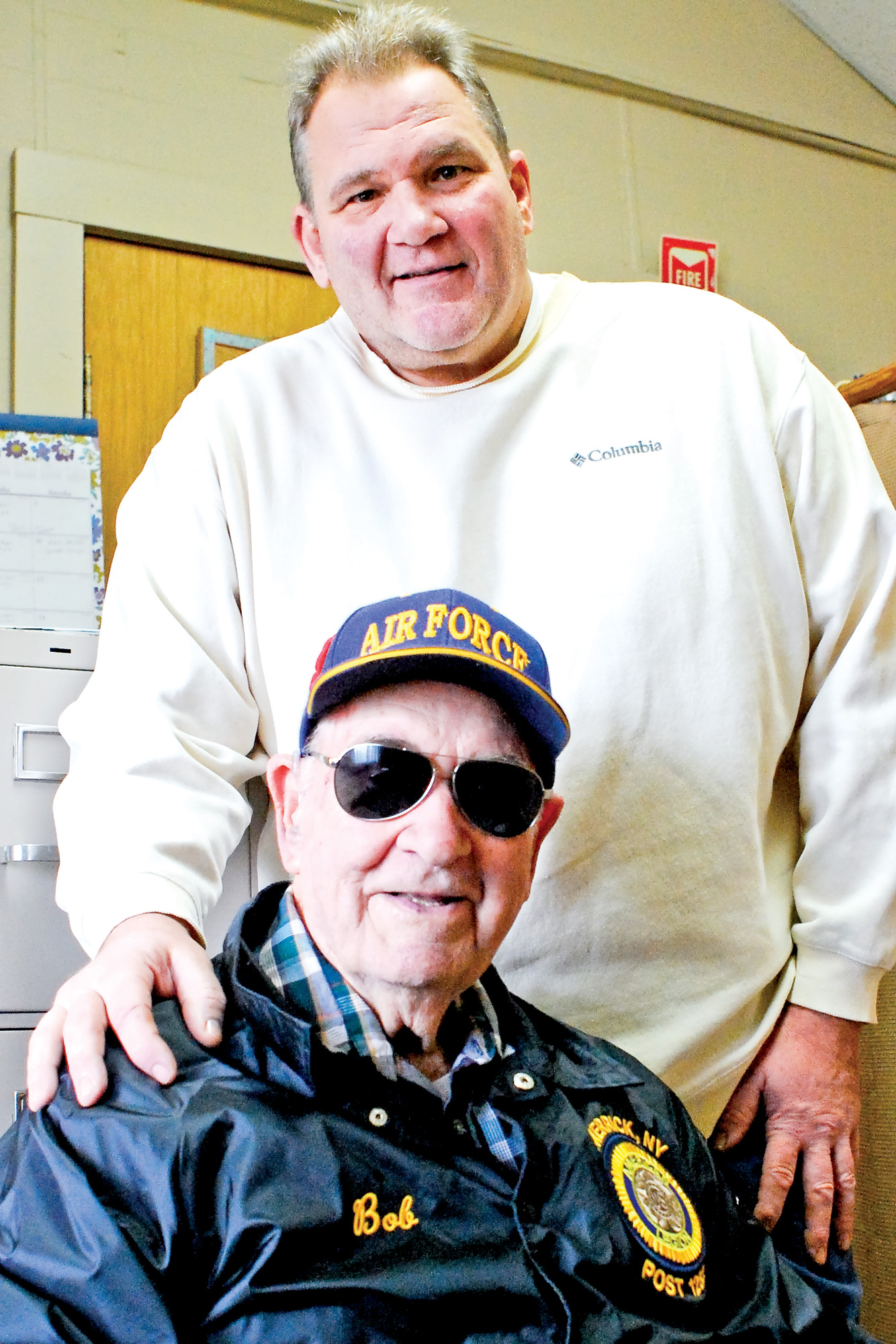 In the summer of 2013, Bob Wieboldt took an Honor Flight to visit the National World War II Memorial in Washington, D.C., with his son Eric. He was nominated for the honor because of his service in World War II and his commitment to helping veterans injured during war.
Scott Brinton/Herald Life 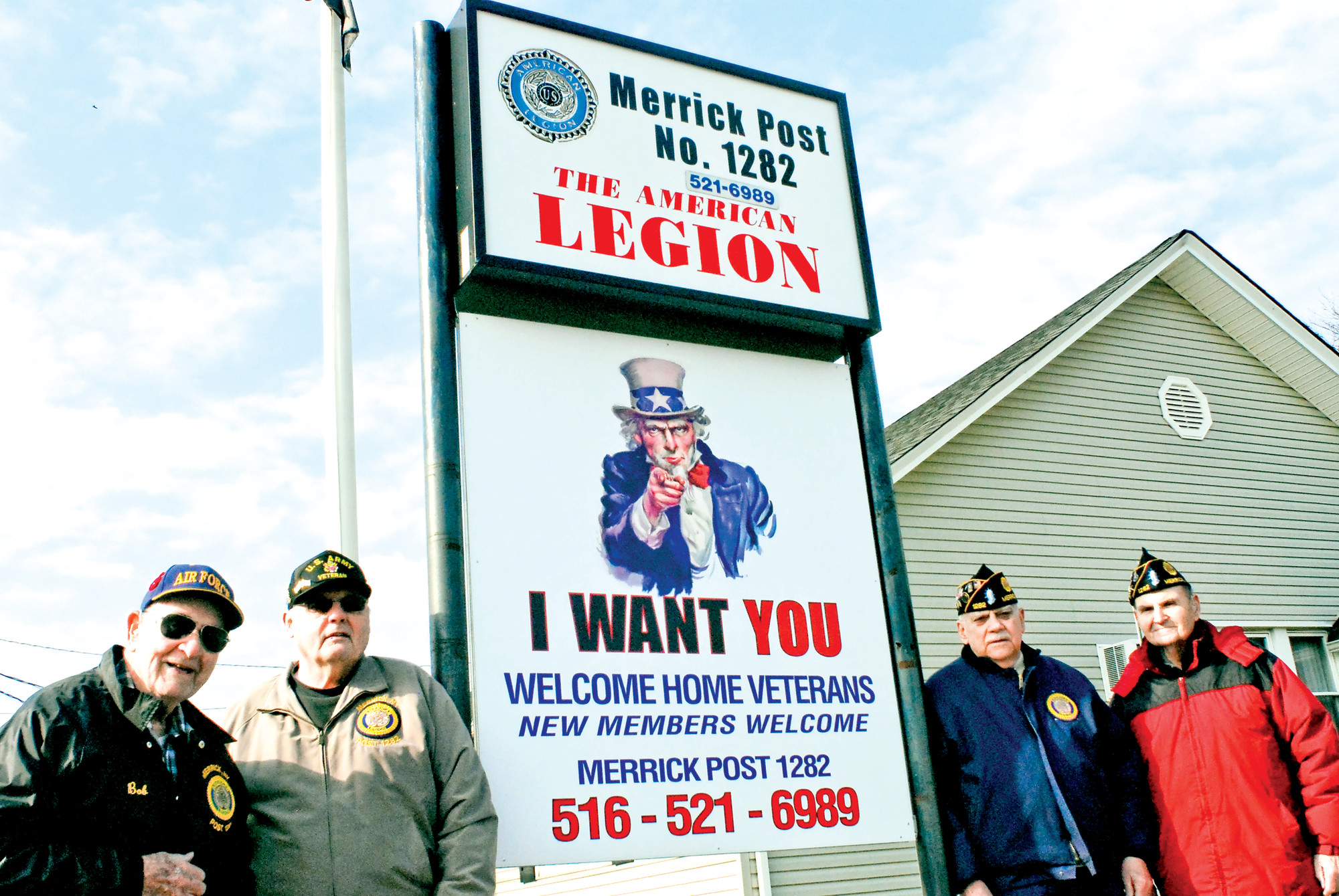 Wieboldt, far, left, has been a member of Merrick American Legion Post 1282 for 70 years. He was joined here by his fellow legionnaires, from left, Ken Braun, Joe Ambrosino and Bernard Hoffman.
Scott Brinton/Herald Life 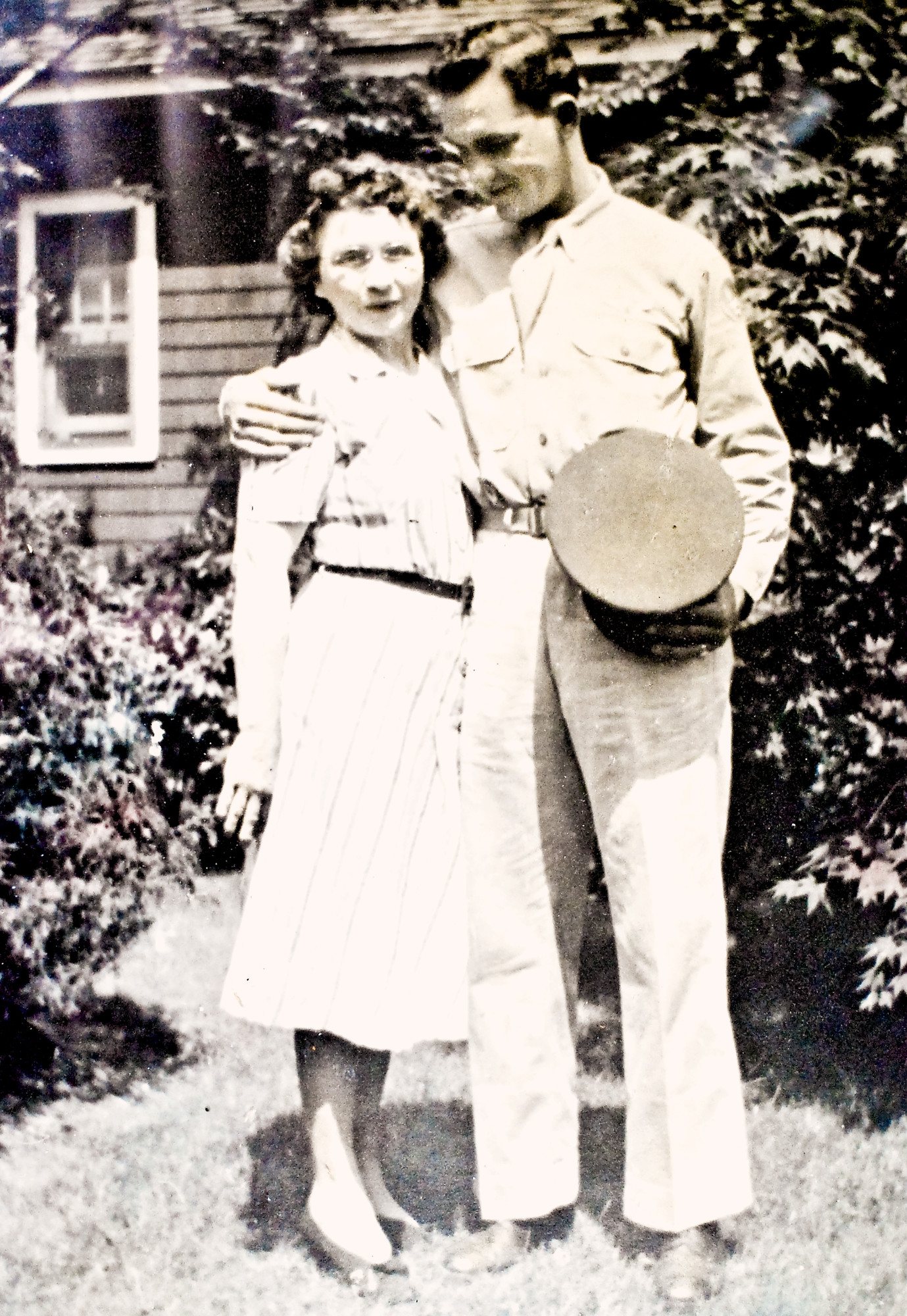 Wieboldt with his mother, Emma, at their Kenny Avenue home in Merrick during World War II.
Courtesy Bob Wieboldt
Previous Next
By Scott Brinton

They founded local posts of the American Legion and Veterans of Foreign Wars to find companionship with the men they had fought side by side with in far-flung corners of the globe only a few years earlier.

Members of Merrick American Legion Post 1282 began meeting in local restaurants shortly after the Second World War, Bob Wieboldt, 95, one of the post’s founding members, recalled in a recent interview.

Post members sought a permanent home for their fledgling organization in the early 1950s, according to Wieboldt (pronounced WE-bolt), who was an aerial gunnery instructor during World War II and has been a Post 1282 member for 70 years. The post’s original members sold bonds to buy the main building of an old Merrick Avenue tennis club, he said.

Around that time, a post member moved away and sold his plot on Merrick Road, a block west of Babylon Turnpike, to the post for $10. A local construction company agreed to lay the cement foundation for the post’s new home for free. All the post had to do was transport the tennis club’s central structure from Merrick Avenue to Merrick Road, a roughly half-mile trip.

Post members had a flatbed truck they could use, but it was too small to fit the entire center. So they did what the “Greatest Generation” is famous for — they improvised.

Two post members climbed to the top of the structure, which resembles a quaint country house, and cut the building in half with a two-handed saw, the kind that lumberjacks once used. “If you go up in the attic, you can see where the saw marks are,” Wieboldt said with a laugh.