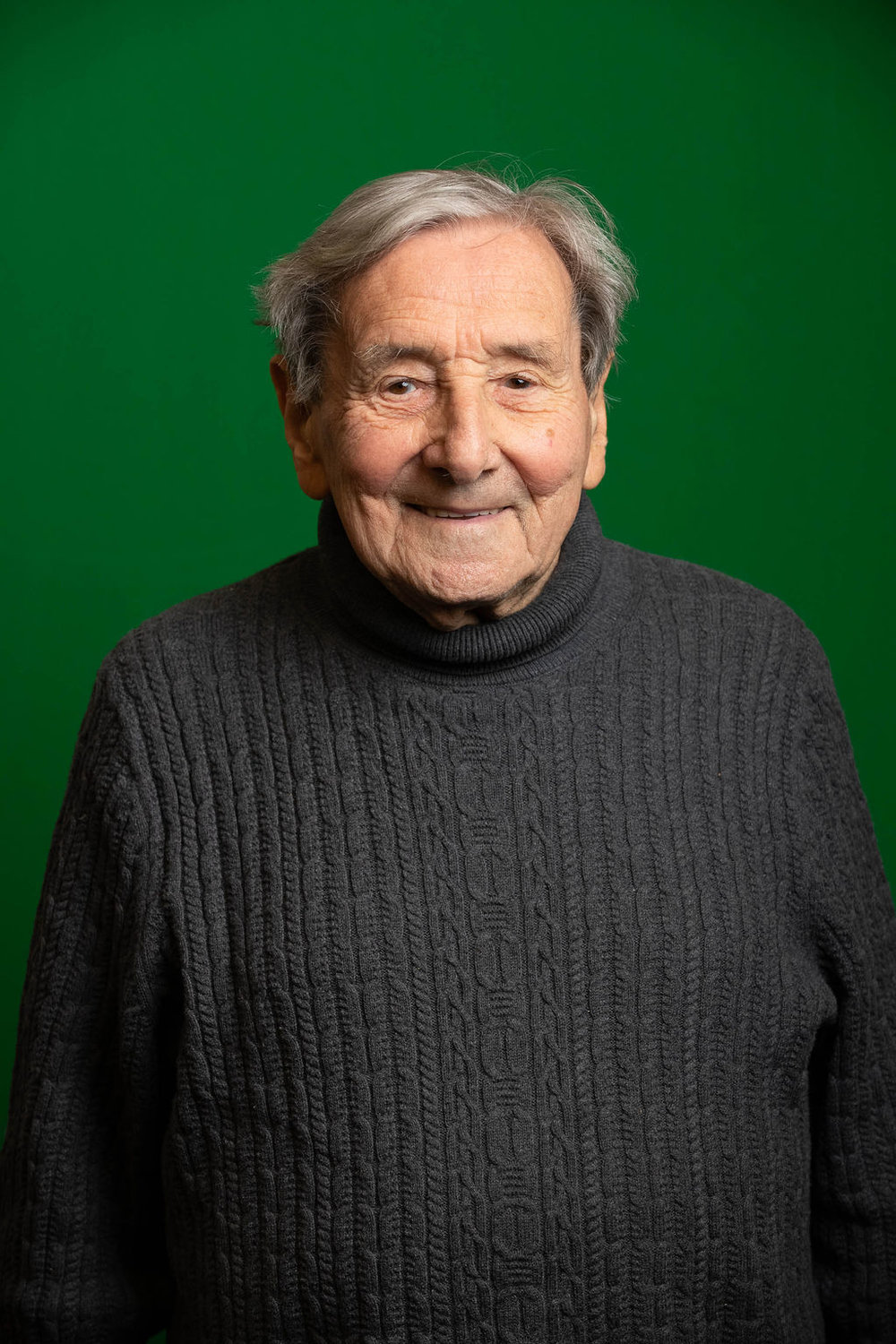 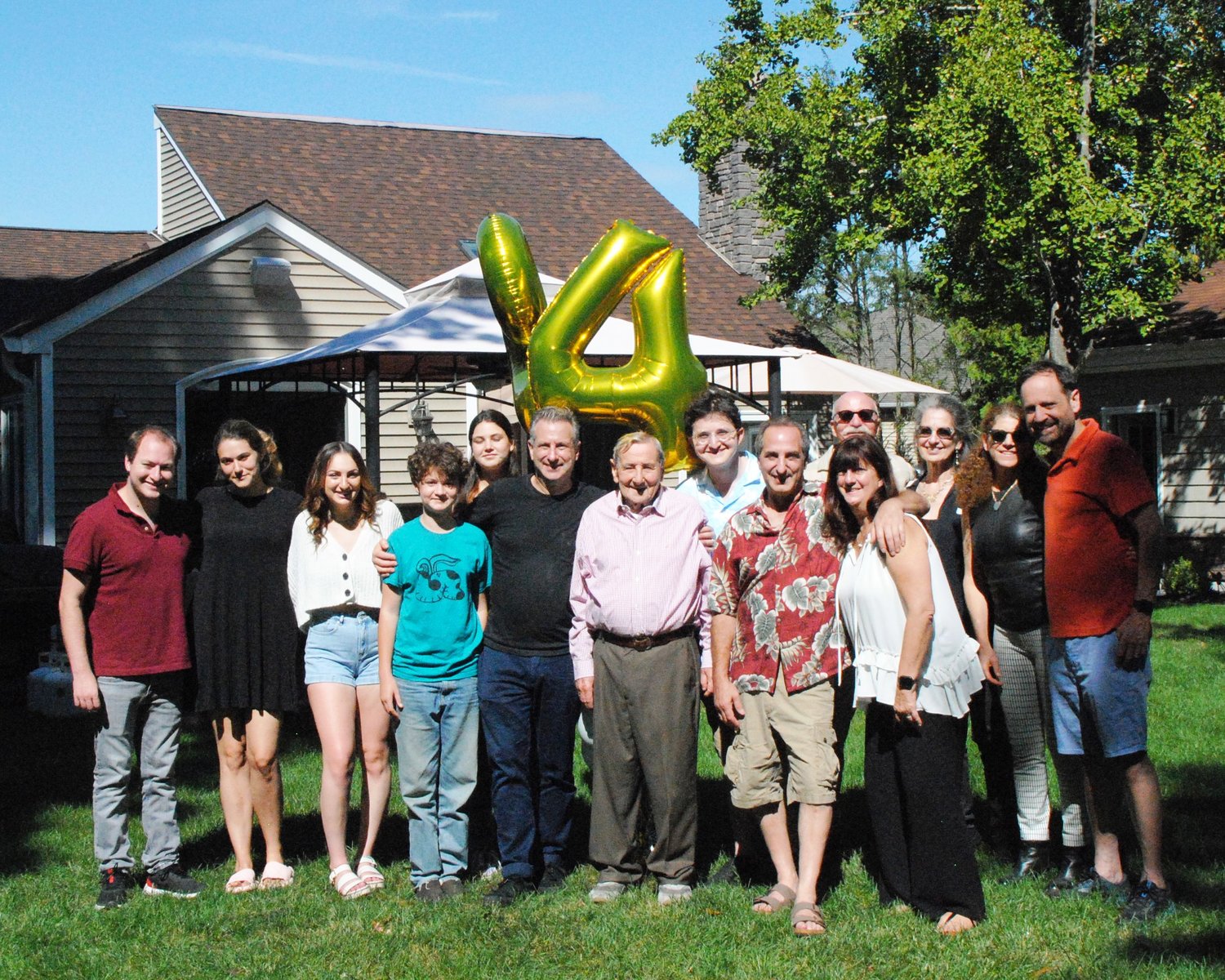 Werner Reich with his family at his 94th birthday party.
Courtesy Reich family
Previous Next
By Kepherd Daniel

“I think people were expecting this guy who came out of the Holocaust to be mad at the world all the time,” David Reich, Werner Reich’s son, said. “But he was actually the exact opposite.”

Werner Reich survived the Auschwitz concentration camp. He died at his home in Smithtown on July 8. He was 94.

A docent at the Holocaust Memorial and Tolerance Center of Nassau County in Glen Cove, he was awarded its Speaker of the Year award and the Hadassah Myrtle Wreath Award for Educator of the Year in 2005.

“Werner Reich was an original in all aspects of the word,” Andrea Bolender, the center’s director, said. “He was an original founder, educator, and leader of the HMTC, and Werner gave his retirement to teaching both students and adults about the dangers of intolerance and hatred of the other.”

Bolender met Werner in 2005, when he joined the center’s board of directors. Her father, Benek Bolender, was an Auschwitz survivor, and she immediately felt a connection to Reich when they met. “I felt that every survivor was a parent to me, and I was a child to them,” she said. “He had a wicked sense of humor, and loved to cook and bake. I can still smell the scent of the Viennese crescent cookies he would bake for us when he came to speak. I’ll watch his TED talk again and again, and so should we all.”

Reich was born in Berlin in 1927. In the spring of 1944, he was taken to the Auschwitz II-Birkenau extermination camp in Poland, and later transferred to Auschwitz I. On May 5, 1945, American forces liberated the camp.

In 1955, Reich married and emigrated to the United States. Eventually he worked as an industrial engineer and executive for major corporations. Werner and his late wife, Eva, were married for 61 years. She was very ill at the end of her life, and he spent much of his time taking care of her, before she died in 2016. He is survived by their sons David and Mikal; a daughter-in-law, Andrea; four grandchildren, Ben, Brooke, Violet and Olive; a niece, Karen Ziegler; and a nephew, Robert Romano.

Werner began public speaking 25 years ago, after the birth of his first grandchild. He felt that it was important, when this new life came into the world, to get his message out. So he gave many talks about his experience, to fulfill what he saw as his commitment to helping prevent history from repeating itself.

He delivered talks to audiences on Long Island and around the world. He spoke to gatherings at schools throughout the school year. He spoke as often as 10 times a week, and roughly 100 times a year, at middle schools, high schools, colleges and festivals.

Reich also traveled around the world, to England, Germany, Israel, Portugal and China. “He did more traveling between the ages of 90 and 94 then I’ve done in my lifetime,” his daughter-in-law, Andrea Reich, said.

“The message of many of Werner’s talks, among sharing his experiences, was urging people to be kinder to their fellow men and women,” Andrea said.

“Yes, he talked about his experiences. Yes, he told everybody about the horrors and the atrocities of the Holocaust. But he had an overriding message of being nice to people, being good, and anti-bullying.”

Those who knew him said that Werner had a great sense of humor, and always felt that a bad situation could be made better by being happy instead of sad. “He always tried to look on the bright side,” Andrea said. “We would ask him, how can you always be so positive, because of all the horrible things that have happened to you in life? He said that he’d been blessed because he survived, he met his wife, with whom he was in love and raised a family, and had very good grandchildren.”

An avid cook, Werner had a taste for European cuisine and loved experimenting. He made schnitzel, goulash, apple strudel and his family’s favorite, potato pancakes.

“He could meet somebody at the supermarket and start chatting with them, and the next minute they’re in his kitchen and he’s showing them how to cook a special dish,” Andrea recalled.

Reich was a member of the International Brotherhood of Magicians and the Psychic Entertainers Association, and he continued to practice magic tricks throughout his life, after learning his first trick in a concentration camp.

He is remembered for his positive, uplifting attitude. “They’ll remember him as a very fine, loving man, a very welcoming person and a very positive person,” David Reich said. “When people would first meet him, they felt like they were his best friend.”

“Even though he went through a lot of adversity, and it was definitely a horrible experience, he managed to make, like, a very positive happy experience and his message, we hope, will resonate forever,” Andrea Reich added. “You can’t forget the atrocities. But something good could come out of it.”