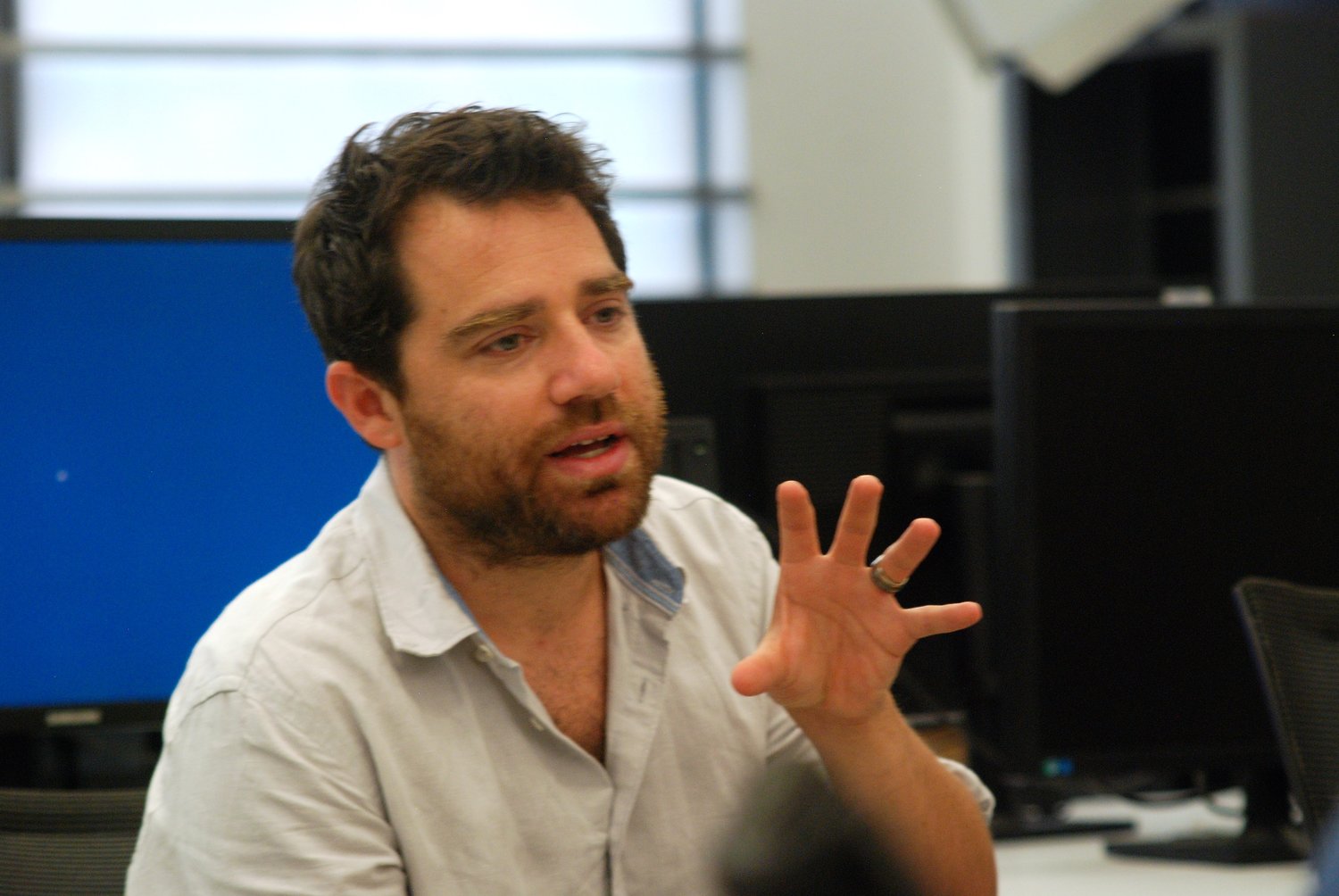 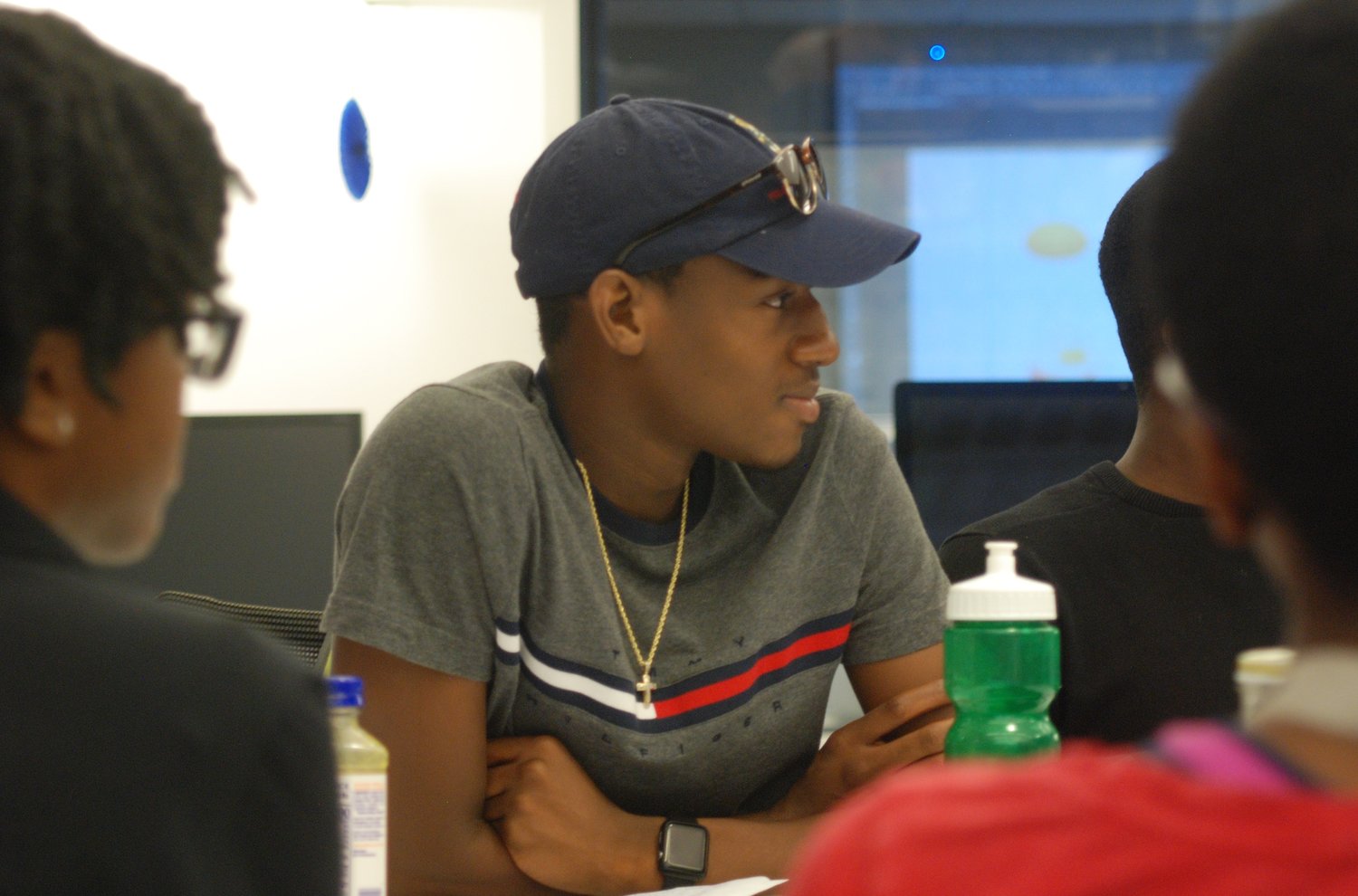 Devin Johnson, a rising junior at Elmont Memorial High School, was among the Summer Institute participants who wrote short profiles on Otterman.
Scott Brinton/Herald and Institute 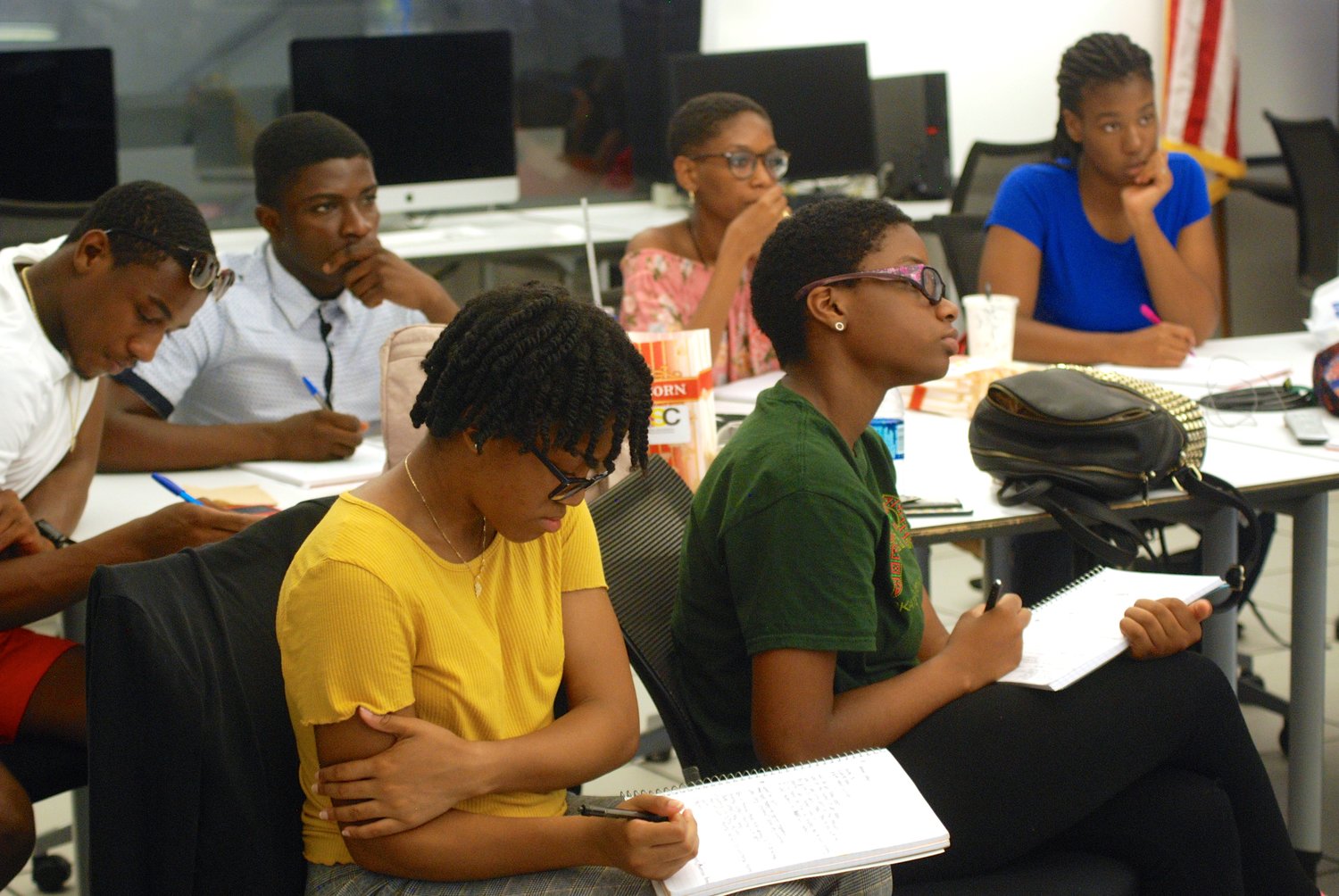 Editor’s note: Devin Johnson, one of 10 participants in Hofstra University’s 2019 Summer High School Journalism Institute, is a rising junior at Elmont Memorial High School. The following article is a profile piece on Michael Otterman, a former Herald Community Newspapers intern and freelance writer in the late 1990s and early 2000s. Otterman later went on to become an author and is now is program coordinator of the Bernard and Sandra Otterman Foundation, which funds the Institute.

Investigative reporter and author Michael Otterman’s life work as a journalist and human rights advocate was inspired by his father’s past, and he continues to use his parents’ foundation to inspire change today.

Otterman, 38, grew up in Merrick and Old Westbury and now lives in Brooklyn. He visited the Lawrence Herbert School of Communication and was interviewed by a panel of high school journalism students on July 29. There he spoke about his life stories, and what inspired him to become a journalist and his aspirations to continue a life in pursuit of a better tomorrow.

“My goal in writing is not inject my point of view or emotions,” Otterman told the students. “It is the use of the power of words and stories in my book that produces emotion for the reader.”

Otterman said his goal is to drive people to act. When people oppose a government action or decision, they become determined to solve the issue at hand, he said he believes. In each of his documented stories, there is a trigger to human emotions. As people read, the injustices become clear, and so does their passion and desire to change the world.

The traumatic past of Otterman’s father, Bernard Otterman, in the Holocaust inspired him to become an investigative journalist and human rights advocate, he said. Through Michael’s writing, he revealed atrocities around the world and “was determined to change the course of history for the better,” he said.

Michael’s father, who died at the age of 80 in 2017, survived the Holocaust with his mother and father, which was highly unusual. Throughout much of Michael’s childhood, his father rarely spoke of his experiences in the Holocaust, but as his father became older, he revealed more of his past to his family.

While attending the University of Sydney in Australia in the early 2000s, Michael became interested in the U.S. government’s use of torture during the Iraq War and wrote his final thesis on the use of torture. A professor at the university suggested that he turn his thesis into a book. In 2007, he released his first of two books, titled “American Torture: From the Cold War to Abu Ghraib and Beyond.” The book contains accounts of individuals who suffered extreme torture, and it details different forms of torture used “to break” prisoners.

The impetus for Michael’s second book, “Erasing Iraq,” was Michael’s growing concern about the number of refugees in parts of the Middle East due the U.S invasion of Iraq in 2003. Otterman traveled to Syria and Jordan to document firsthand the conditions that drove the Iraq war refugees out of their country, and he realized that the best way to better the refugees’ situation was to share his investigative work at home and inspire change.

Otterman’s career plan took a turn in 2014 when he was asked by his father to join the family real estate business and support his parents’ foundation, the Bernard and Sandra Otterman Foundation. Through the foundation, Michael continues to try to right the wrongs of history by funding programs that educate about past atrocities throughout the world, as he views the foundation as a conduit to continue one of his life goals — to create and inspire change for the better throughout the world.
Report an inappropriate comment