Barrier Brewing coming back ‘stronger than ever’

Beer company cleans up and gets back to brewing 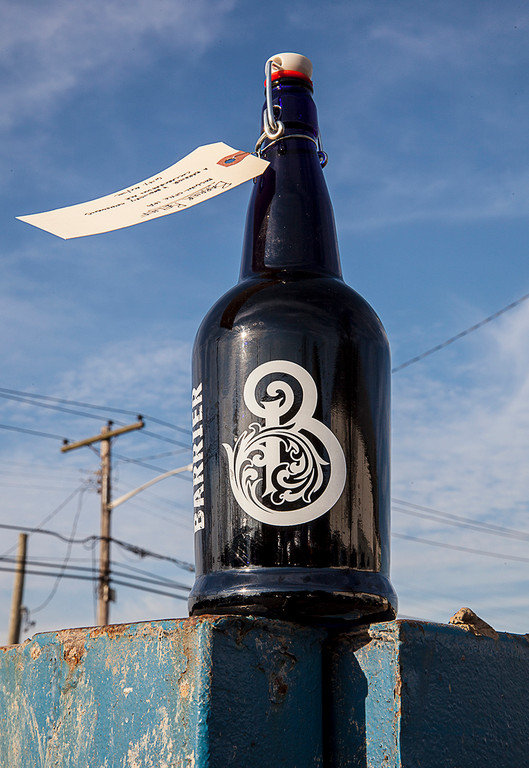 Evan Klein and Craig Frymark entered Barrier Brewing Company on Oct. 30, but not to brew, or prepare deliveries. The duo’s visit, one day following Hurricane Sandy’s crippling blow to Long Island, involved assessing the condition of their Oceanside-based brewery. Though no water was present upon arrival, flooding had occurred, and the extensive damage was evident.

“It was a mess,” said Klein, who established Barrier Brewing Company in 2009. “Tanks were knocked down and ingredients were everywhere. We just looked at each other and didn’t know what to say.”

Barrier Brewing Company, which expanded to a 4,600-square-foot facility at 3301 New Street A2 in May, received four feet of water from Hurricane Sandy and suffered losses estimated at $100,000 (brewhouse pumps, heating systems, delivery trucks, a grain mill and half of the brewery’s ingredients were destroyed). Klein’s Long Beach residence was also damaged, forcing him to temporarily move, with wife and child, into Frymark’s Queens apartment.

“It was upsetting to see, considering how much hard work we’ve put in the new brewery,” said Klein. “We weren’t expecting something like this, even after talking with our neighbors who experienced Hurricane Irene. We’re also at the highest point of the building, too. There was no way we thought this would happen.”

Despite all adversity, however, Klein and Frymark never considered closing their business.

“When everything finally settled down, we just rolled up our sleeves and picked a corner,” said Frymark, who joined the brewery in 2011. He also worked with Klein at Brooklyn’s Sixpoint Craft Ales. “We’ve been ordering new parts and cleaning. We have no choice but to remain optimistic and move forward. We just want to make beer again.”

While Barrier Brewing Company began its rebuilding process, support was offered from local breweries, bars and fans. Simon Thorpe, CEO of Brewery Ommegang in Cooperstown, N.Y., invited Klein and Frymark to use the Belgium-influenced operation’s equipment and presented a collaboration to remain active with established accounts. The outcome, Barrier Relief, was brewed on Nov. 28-29 and combined the recipe for Barrier Brewing Company Mare Undarum, a Belgian-style IPA, with a yeast strain from Brewery Ommegang.

“Our Ommegang beer is a draft-only offering meant largely to help us maintain our draft lines while our brewery is off-line,” said Frymark. “When we had to shut down our previous operation for 3 months earlier this year to build our new facility, we lost a lot of draft lines and market presence as our supplies dried up and our beer was no longer available. We want to do everything we can to avoid that problem again with this situation, as it took us a great deal of work to get back on our feet.”

“We were overwhelmed by the support of everyone involved,” said Frymark. “The storm impacted so many people on Long Island, so we’re happy we can also help out. It’s a great way to give back.”

While Klein and Frymark hope to begin brewing in January, Barrier Brewing Company is now open for growlers, offering beer unscathed during Hurricane Sandy (the 35-barrel Submersion Series “spent a lot more time fermenting” and “will definitely help financially while recovery continues,” said Klein). They also plan to continue brewing in Oceanside, despite its geographic vulnerability.

“We put so much money into the space, and we love the Oceanside community,” said Klein. “We’re looking at the storm as a one-time thing, but if it happens again, we know to take better precautions, since we’re so close to water. We’re going to come back stronger than ever.”