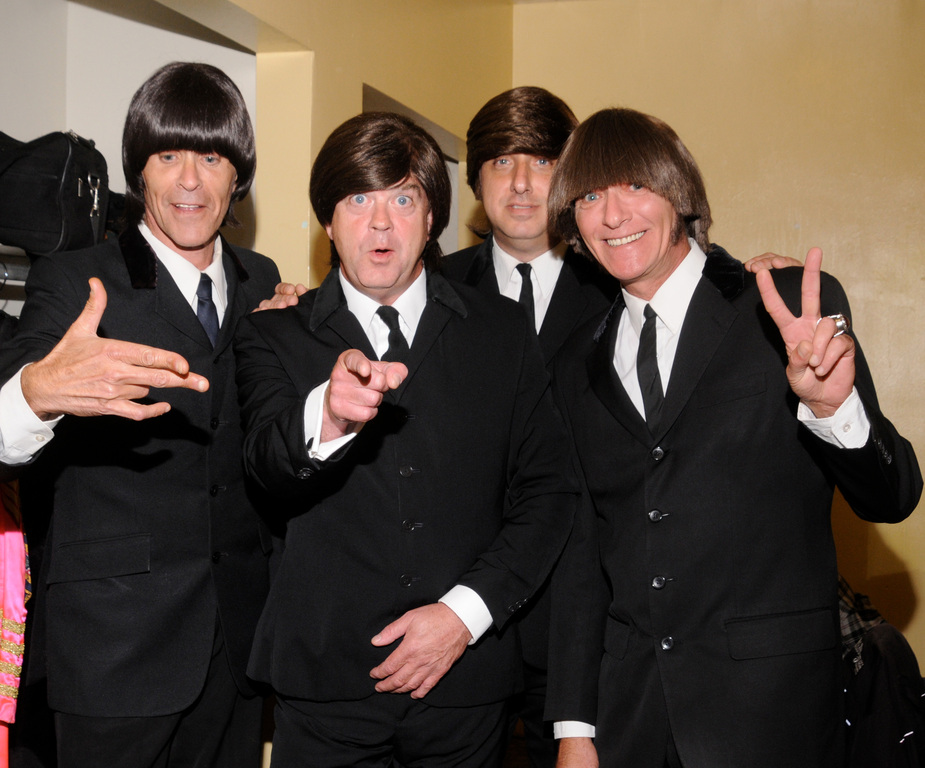 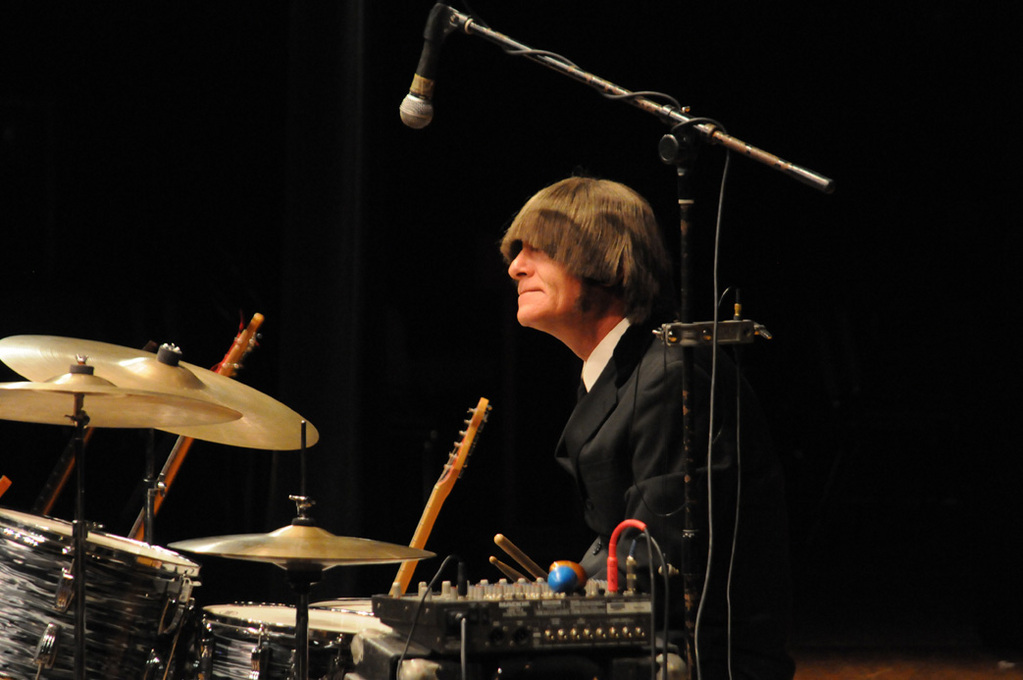 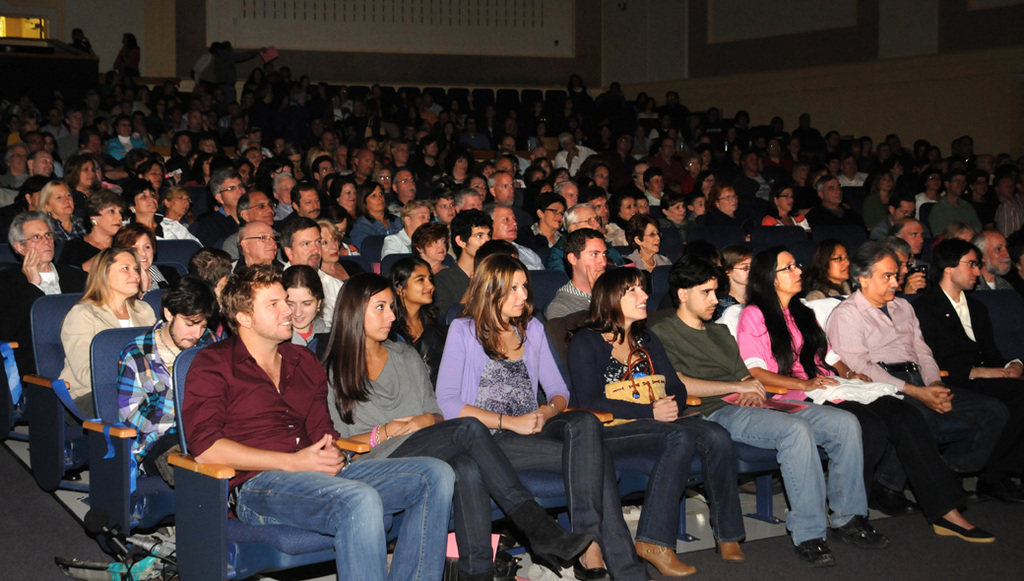 The OHS auditorium was packed for the Strawberry Fields concert.
Penny Frondelli/Herald 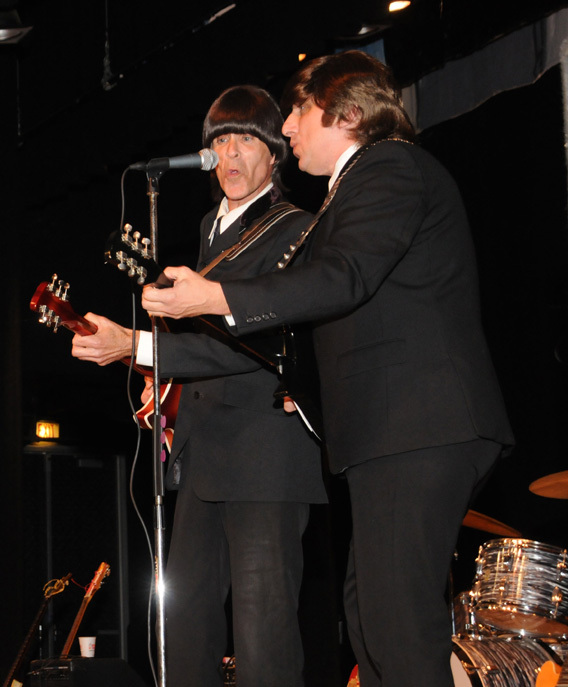 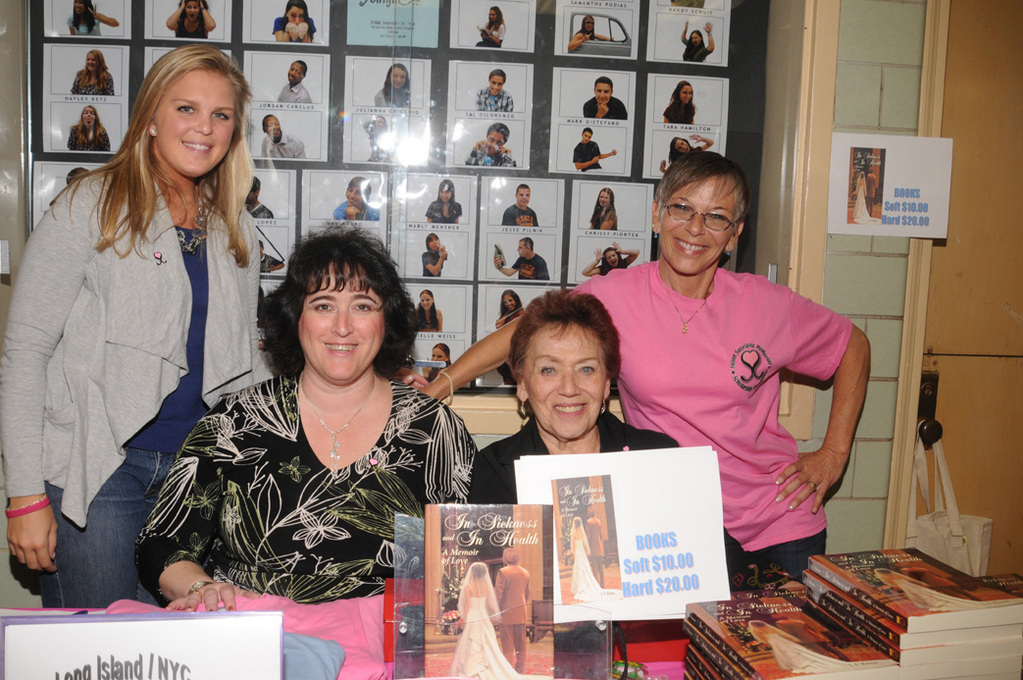 Well, it was really just a Beatles cover-band, Strawberry Fields, but none of the hundreds of people in attendance could really tell the difference.

“These are kids who have to meet three requirements: they have to be a graduating senior, they have to be going to an accredit college in the fall, the kicker, unfortunately, is that they have to have a parent who passed away from cancer or is currently battling it,” Joe Satriano said.

Satriano had seen Strawberry Fields perform a number of times at B.B. King’s Bluesville in New York City. “They’re very personable guys. They come out at the end of the show and they talk, so I started telling them about my book and the foundation,” Satriano said. “And they took a liking to the foundation and what it does, and at a recent time I was there, I think it was January, they called me backstage and said they would love to do a benefit concert for the foundation.”

According to Satriano, he was only 24 tickets away from selling out the Oceanside High School auditorium, where the concert was held. He estimates the foundation raised between $20,000 and $25,000, all of which will go back into Oceanside in the form of scholarships.

“The community really came together,” Satriano said. “My feet still haven’t quite touched the ground.”