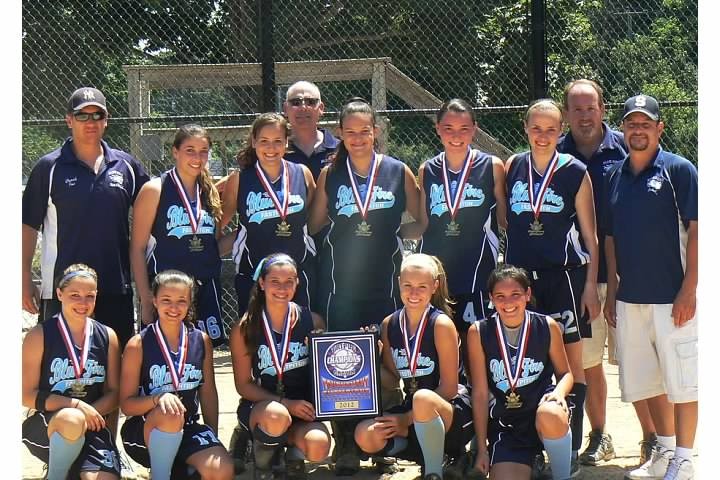 The Bellmore BlueFire 14U fast-pitch softball squad played up into the 16U Division at the annual Triple Crown Summer Breeze Challenge at Stotsky Park in Riverhead on the weekend of July 6 to 8 and came away with the tournament’s championship crown, earning the squad a trip to the Triple Crown Nationals.

Bellmore BlueFire girls had a 3-0 record in the pool play round on Saturday and received the number one seed for the elimination round. “It was a hot day for the girls, but they continued to battle against some really good competition. Each game was close, and the girls played phenomenal defense,” said coach Ray Barry.

The BlueFire went to Brianna Maniscalco and Alexa Boscarino on the mound in the championship game. This righty/lefty combination appeared to be the recipe for success during the weekend as they combined on another shutout.

In the top of the first inning, Brianna Maniscalco drilled a double down the line to start the bats. Then came Nicole Moccio, Amanda Riveira and Nicole Aliberti delivering key hits to put the score at 2-0. The rest of the game was a defensive battle whereby the BlueFire made outstanding defensive plays with runners in scoring position and one out.

“This team surprises me every tournament weekend. They figure out how to use each other’s talents, they dominate and rise to the challenge when asked to, and really play like a team,” said coach Joseph Maniscalco.