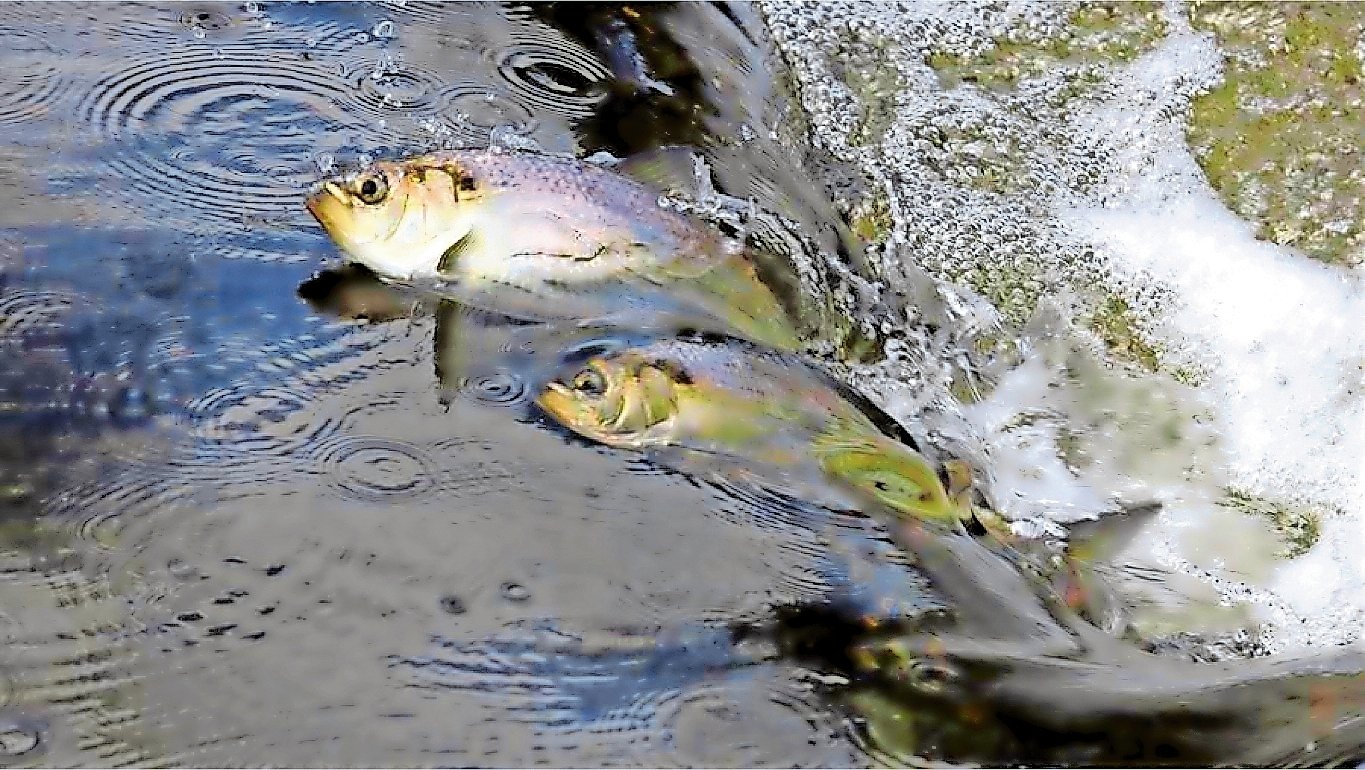 Herring can be found making their way through Bellmore Creek toward Mill Pond so they can spawn in the freshwater there — but a dam obstructs their path. Seatuck’s Bellmore Creek Fish Passage Project aims to help them get over the obstacle.
Courtesy Emily Hall 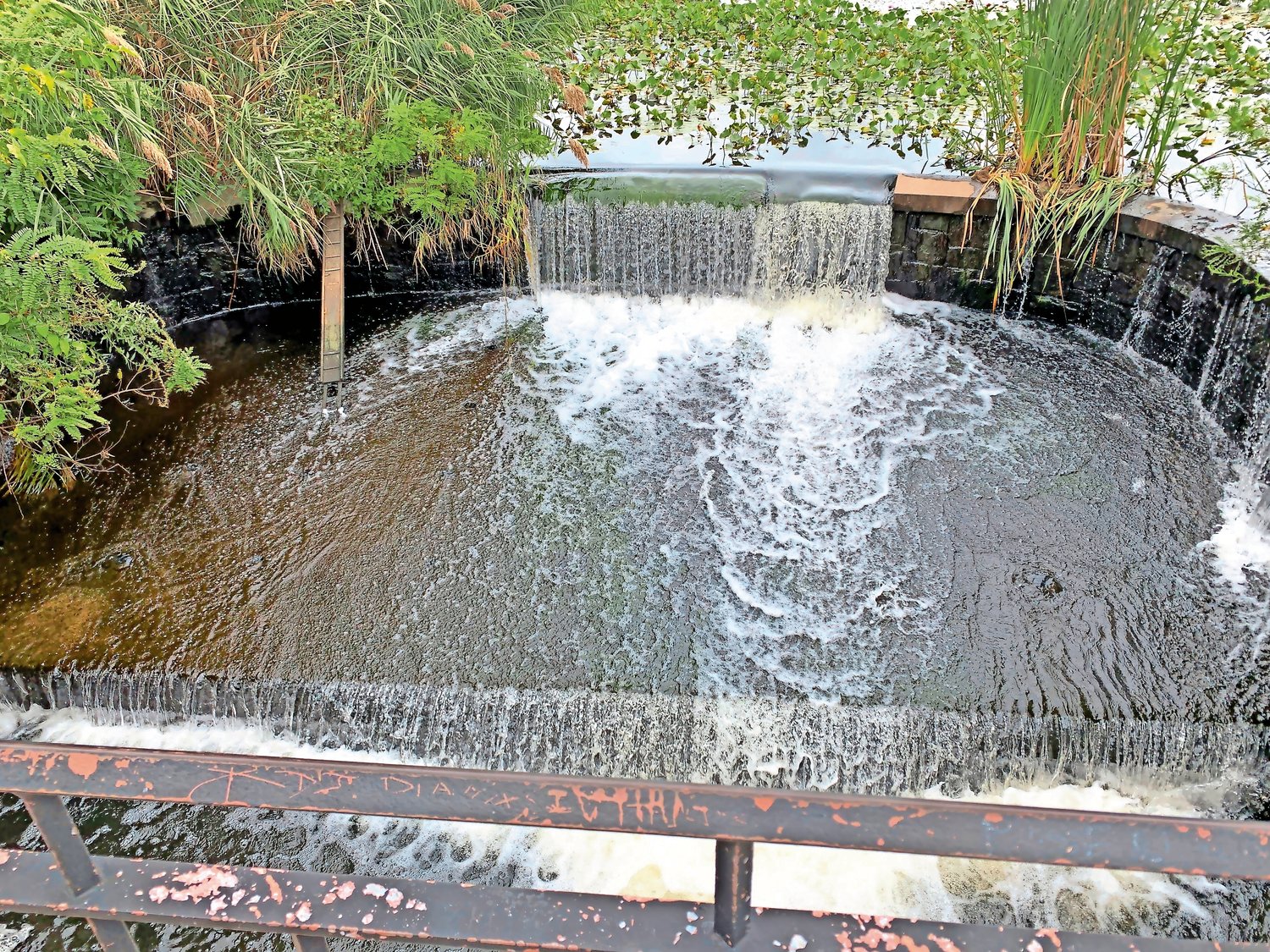 The dam at the end of Bellmore Creek blocks herring from spawning in Mill Pond. The Fish Passage Project will soon take public input from residents on the installation of a ladder or man-made channel to help them pass.
Courtesy Emily Hall 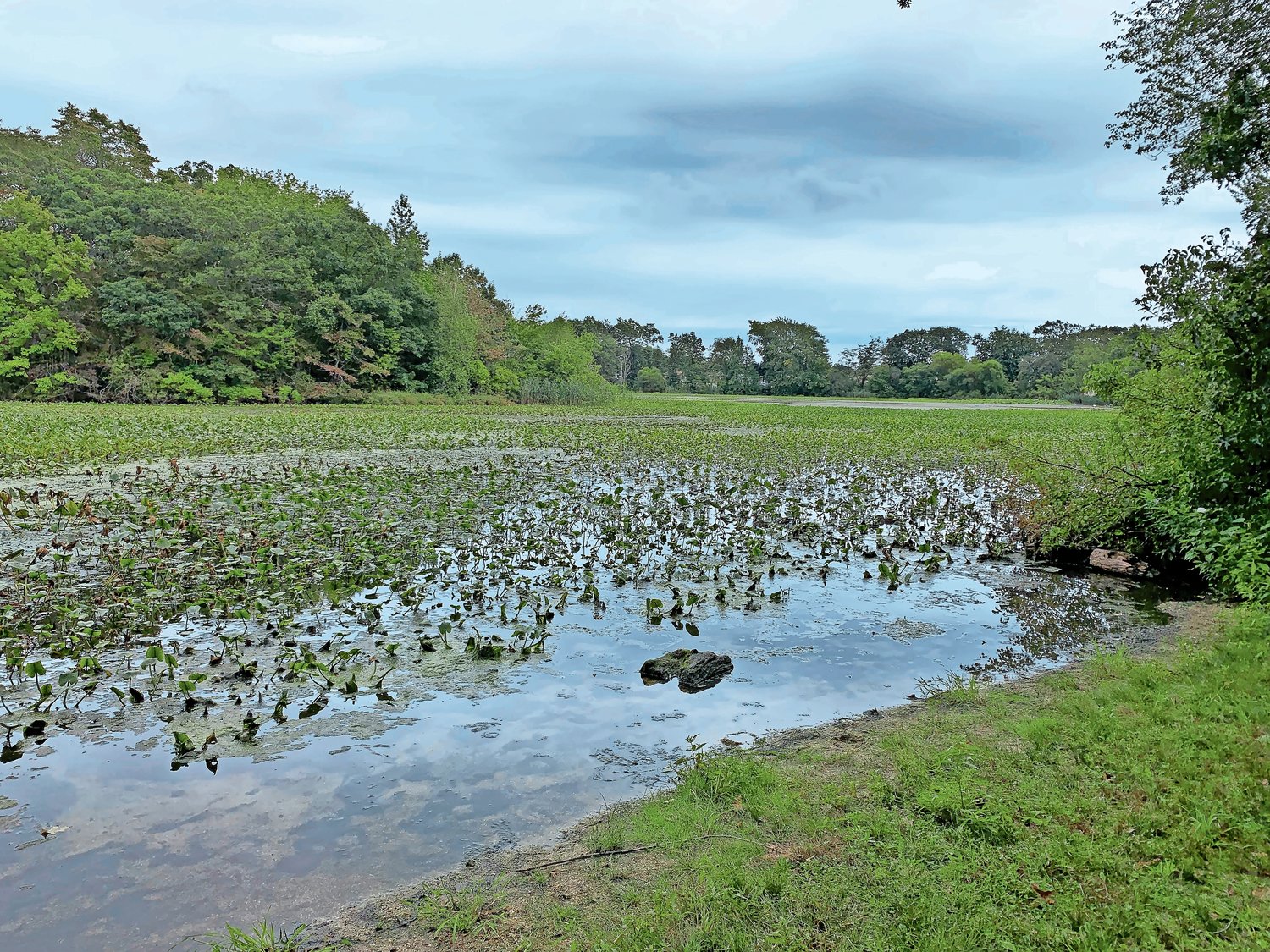 As the spring season heats the water up to 48 degrees, herring migrate from saltwater to Mill Pond’s freshwater.
Courtesy Emily Hall
Previous Next
By Andrew Garcia

Every year around this time, dozens of families of river herring splash through the waters of Bellmore Creek toward Mill Pond, where the freshwater provides the needed habitat for them to have offspring. Between the two bodies of water lies one obstacle for the fish, however: a dam.

The dam stands where Bellmore Creek meets Mill Pond, and the herring (also known as alewife) can have difficulty getting past it when the water isn’t high enough, reducing their chances of spawning. The herring are vital food for other fish, birds and animals, making them a “foundational species” in the natural hierarchy of the area, explained Emily Hall, a member of the Seatuck Environmental Association.

Hall heads Seatuck’s Bellmore Creek Fish Passage Project, which aims to “restore stream connectivity” between the creek and the pond, she said. The focus on Bellmore Creek is just one of many projects in Seatuck’s River Revival program, which has sought to clear similarly blocked waterways across Long Island.

“Since I’ve been on this project, I’ve spent a lot of time at Bellmore Creek, and it’s a really beautiful site,” said Hall, of Copiague. “I’ve also learned a lot about the benefit of reconnecting streams and how much it can actually do for the ecology of the site — it can really give the site new life, which is amazing.”

The herring are diadromous, meaning they migrate from the saltwater ocean to the freshwater pond annually. Predators are found at every stage, including large oceanic fish, such as dolphins and whales, as well as otters, raccoons and myriad bird species, not to mention human residents who fishing in the pond and the creek.

Last year, Hall was in the early stages of planning a permanent solution for the herring, working with the project’s Advisory Committee, which includes members of Bellmore’s civic associations, local independent environmental groups and Nassau County and Town of Hempstead officials. They were awarded a grant from the state Department of Environmental Conservation.

After the committee’s meetings went virtual, a small group of volunteers organized a fish lift to capture the fish in nets and manually transfer them to the pond. “Your heart really goes out to these fish,” said Diane Worden, who helped with the effort. “They’ve gone thousands of miles from down the East Coast and they get here, just trying their best to get over the dam.”

There are three potential solutions to the herring’s dilemma, and it’s up to residents to provide input on the solution. The first would involve the partial removal of the dam, which would return the water to its natural flow. It would leave the area in a more “natural condition,” Hall said, and transform the pond back into a stream, as it once was.

The second option would involve a redesign of the dam to include a natural fishway that would mimic a stream, allowing the fish to migrate upstream.

The third option would be the creation of a “fish ladder,” a metal construction that would provide the fish a passageway over the dam.

A virtual public meeting will be held on Zoom on June 8 at 7 p.m. A link to the meeting can be found on Seatuck’s website, www.seatuck.org/bellmore-creek/. Residents can stay up to date on the project by checking the organization’s Facebook and Instagram pages, @seatuckenvironmental.