Tech-savvy teens code the day away 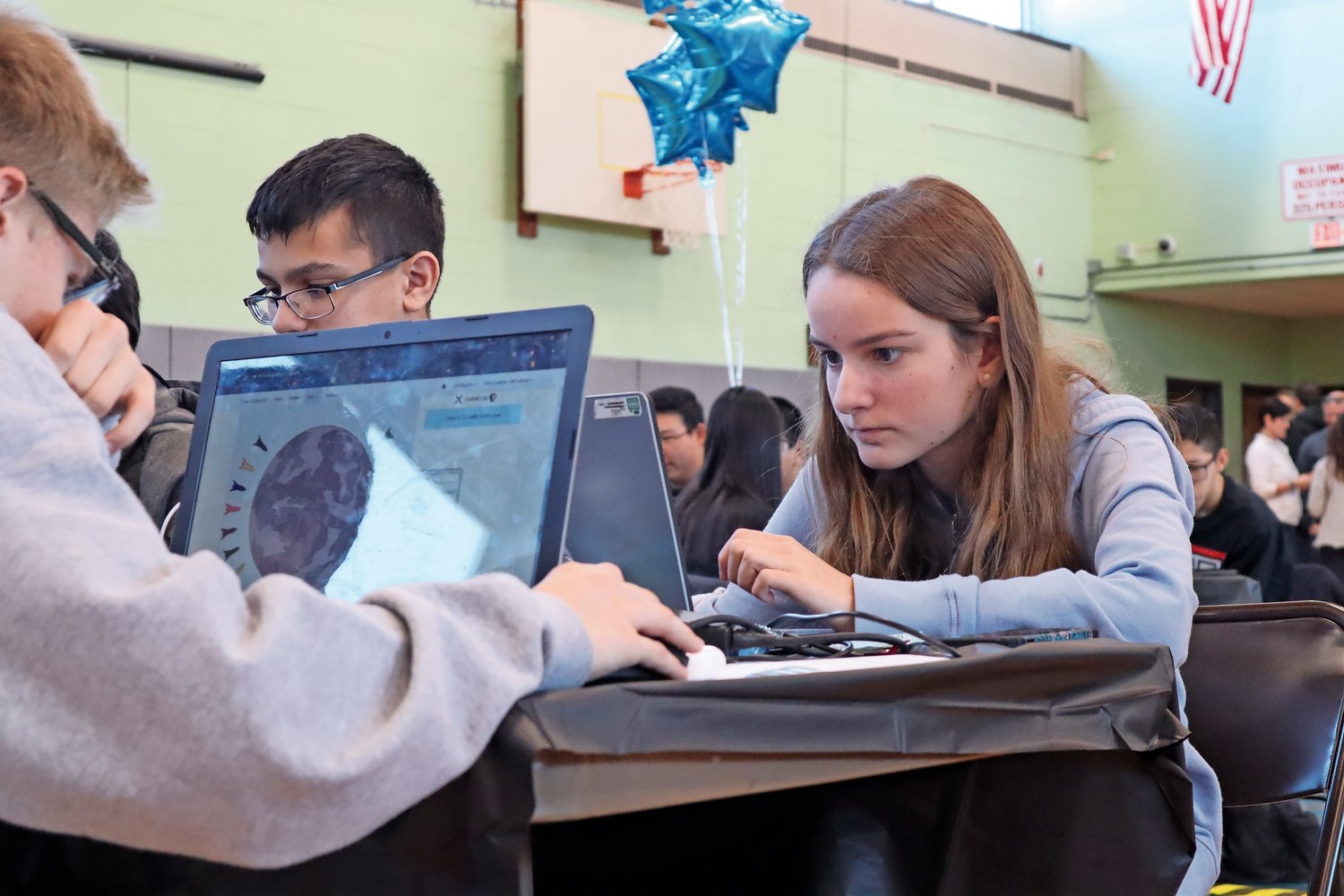 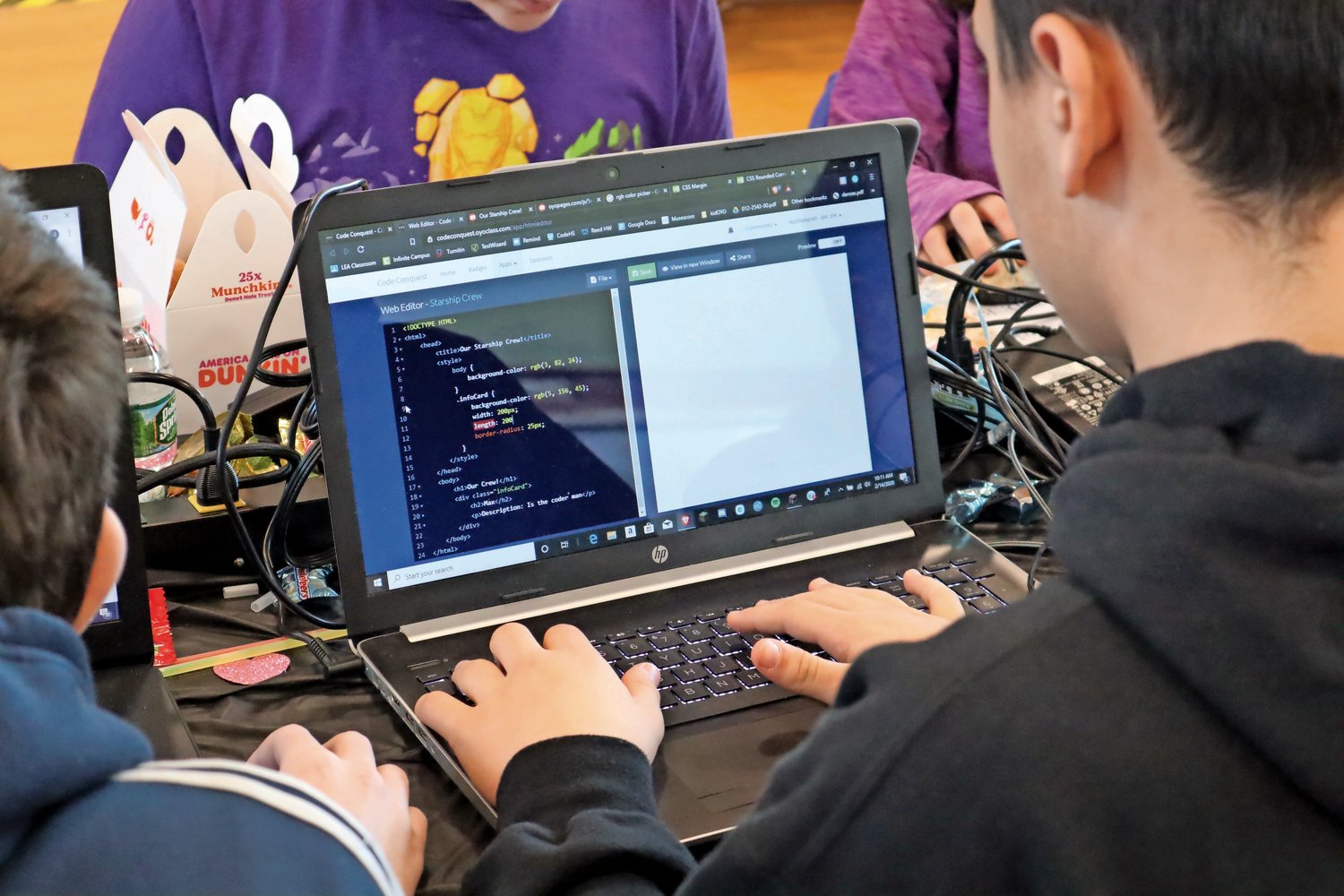 At the Hackathon, coding was the name of the game. Students had to complete challenges in coding languages like Python and Hatch to take over a virtual Mars.
Andrew Garcia/Herald Life 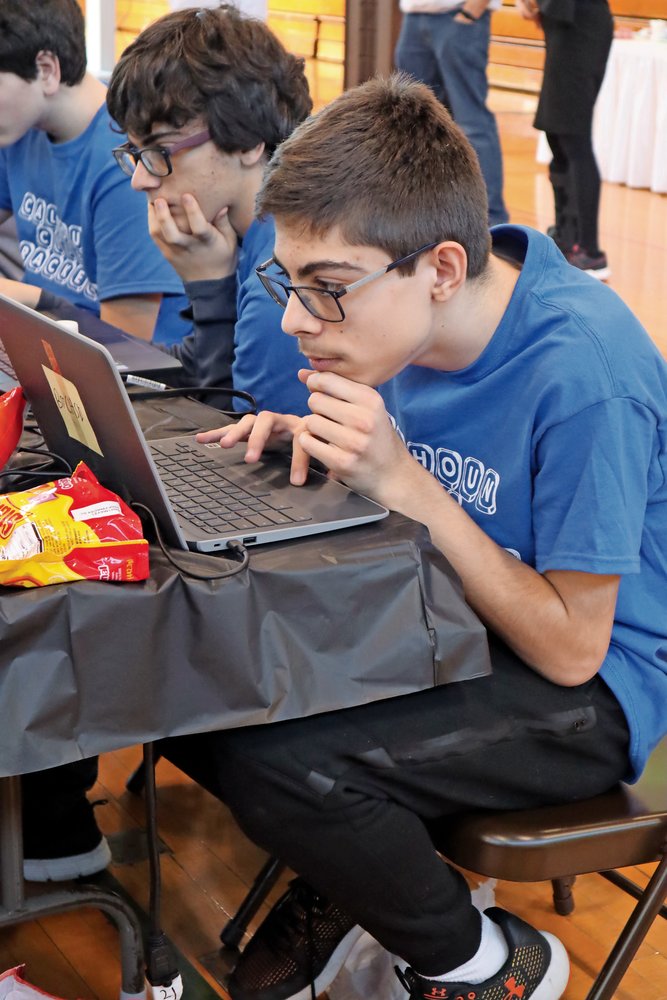 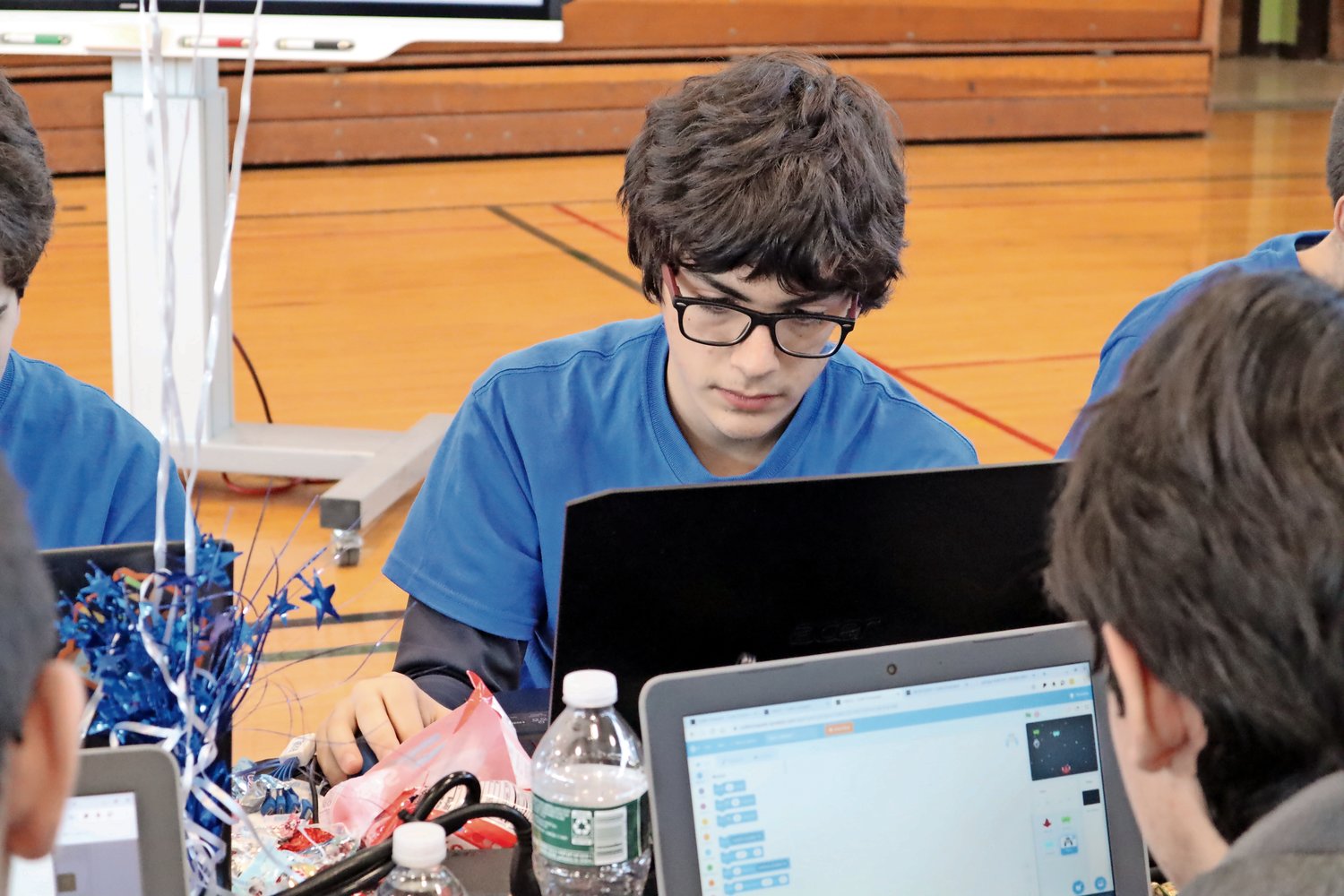 More than 100 students occupied the Brookside School gymnasium on Feb. 13 for a fierce, hours-long competition, but it wasn’t the typical sporting event you might expect. Instead of dribbling balls, high schoolers came armed with laptops and keyboards, prepared to help their teams hack their way to victory.

The event marked the first official High School Inter-District Competitive Hackathon hosted by kidOYO, a Long Island-based non-profit that partners with schools to create computer science curricula. The hackers represented 11 school districts, including the Bellmore-Merrick Central High School District. In total, there were 13 teams, with six players each. Around 9 a.m., players plugged in their devices, ready to hack.

Throughout more than three hours of coding, smart boards and televisions around the gymnasium displayed a virtual version of Mars surrounded by 13 spaceships, one for each team. As the groups solved increasingly difficult coding challenges, they took over more sections of the planet. The more territory a team captured, the more adjacent territory it could also claim, and whoever had the most land by the end won.

Students were challenged to write in coding languages, including Python and Hatch, create animations — an “astronomer” leaving a spaceship, for example — and other tasks related to a virtual takeover of Mars.

As the event progressed, dozens of student volunteers from Stony Brook University acted as judges and mentors behind the scenes. The volunteers monitored the submissions for each challenge, declaring victors while keeping an eye out for cheating. They are also present in high school classrooms year-round to guide teams through practice runs.

“What we look for is well-written code and creativity, and the creativity weighs a little bit higher,” said Melora Loffreto, a co-founder of kidOYO. “Sports are pretty heavily celebrated on Long Island,” she added, but many computer science students aren’t involved in sports. “Now they have a chance to compete and be on a team.”

The teams’ camaraderie mirrored that found at your typical sporting event. Teammates shouted strategies across their tables, and as the end drew near, tension built as players rushed to solve as many problems as they could. Bellmore-Merrick’s teams battled for third place, but the Code Crackers pulled ahead.

Members of the Calhoun team also took part in a similar event last year, at kidOYO’s first Middle School Hackathon in Mineola. Danielle Caliendo, chairwoman of the Math and Computer Science Department, recalled the competition going down to the wire, with the Merrick Avenue Middle School team losing a first-place ranking in the final minute.

The winner, the team from W.T. Clarke, won a Stanley Cup-style trophy that is its to keep for a year, until the next Hackathon.

Bellmore-Merrick students start coding in seventh grade, before moving on to robotics in eighth grade, Soel said. KidOYO’s Stony Brook volunteers provide an “online community of experts” throughout the year, he added, and projects are kept in portfolios to easily include in future college applications.

KidOYO partners with 40 school districts across Nassau and Suffolk counties,  comprising more than 85,000 students, according to Loffreto, but it also offers recreational programs like summer camp. For more information, visit kidOYO.com.