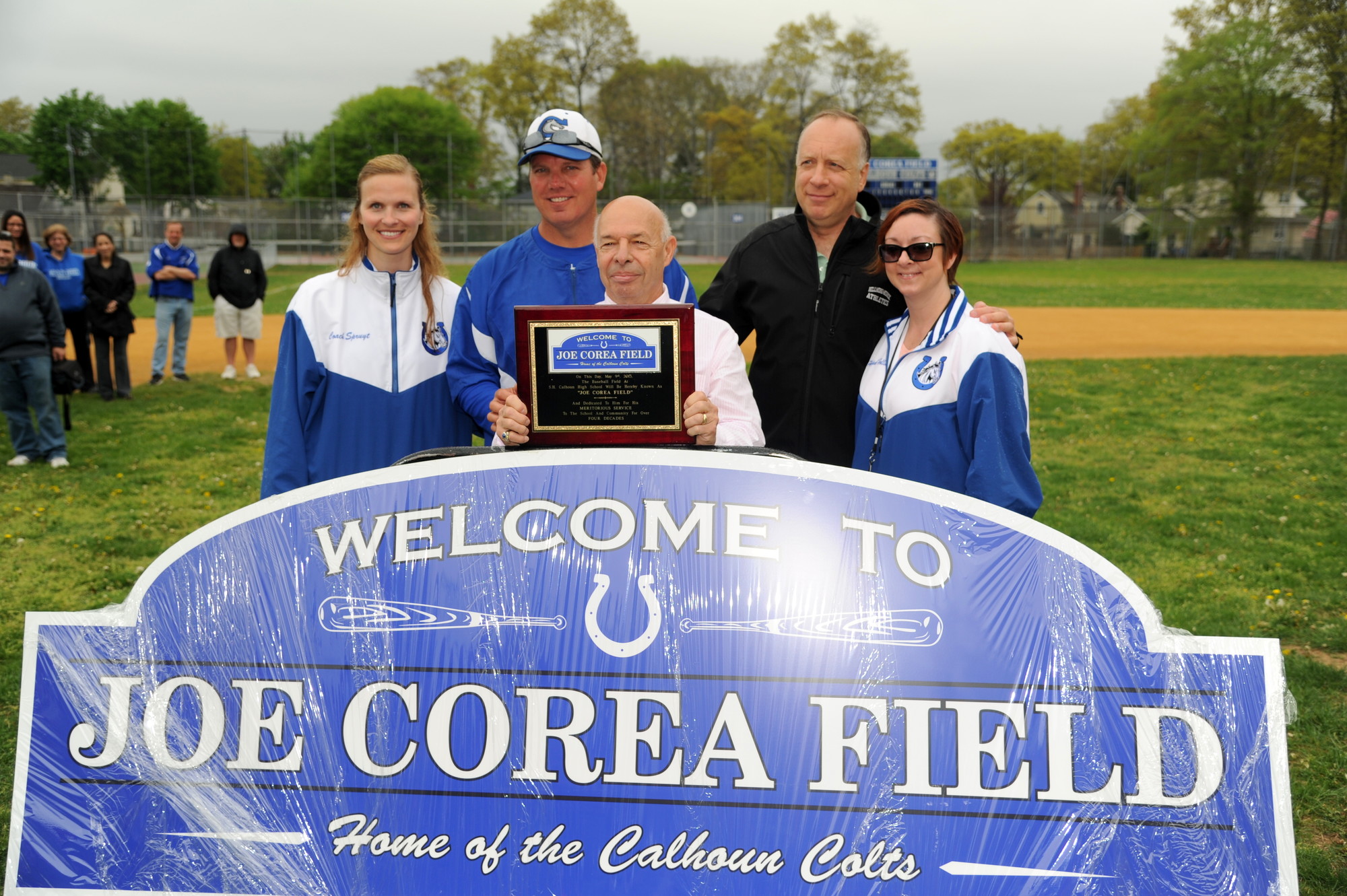 On May 9, Calhoun High School rededicated its baseball diamond as the Joe Corea Field, named for the Colts’ legendary baseball coach of 46 years. Corea, now 71 and retired, took part in the ceremony with his family and many from the Calhoun community.
Donovan Berthoud/Herald Life 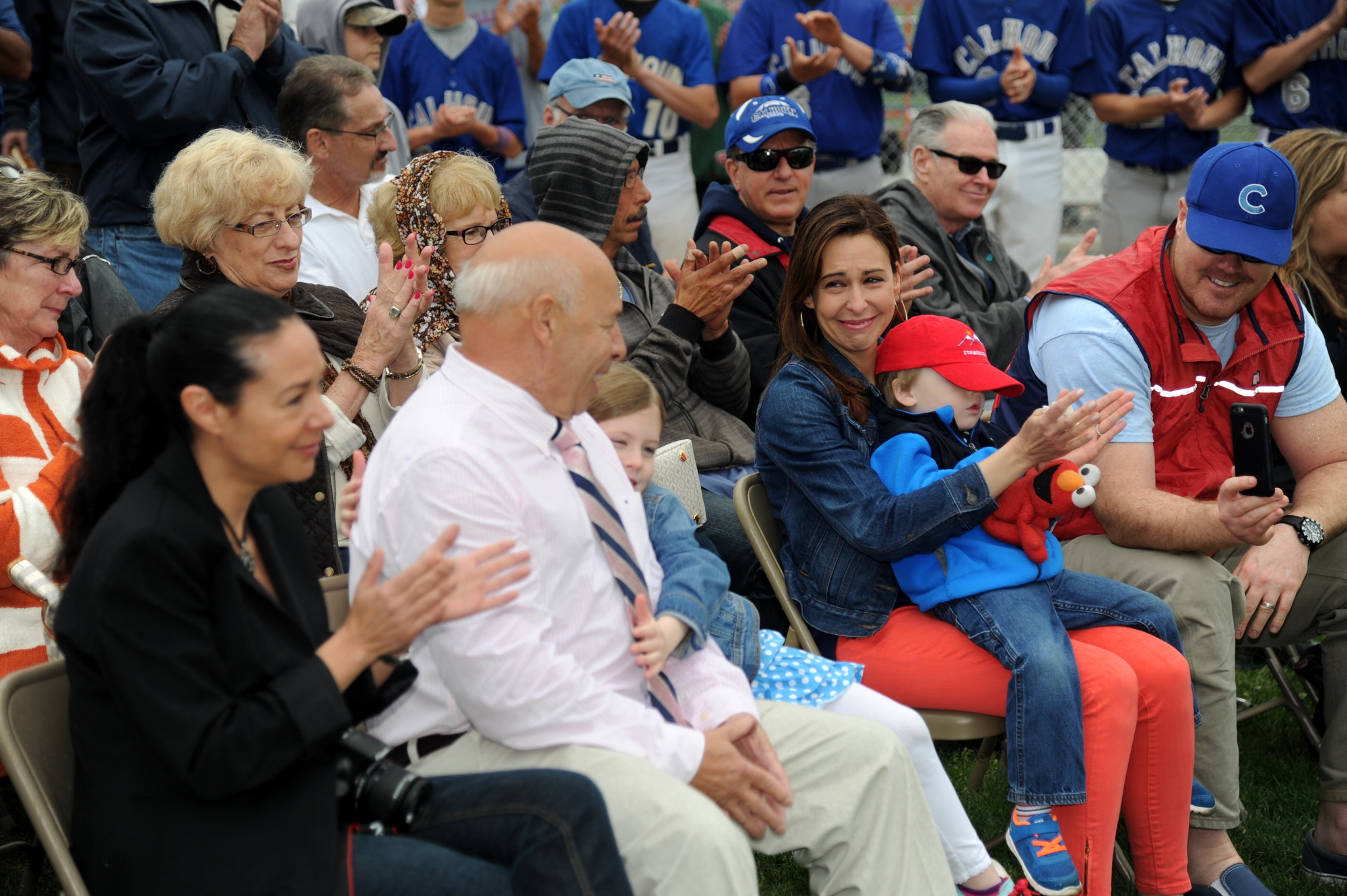 At the dedication ceremony, Corea received applause from attendees and a hug from his granddaughter, Riley Griffin, 6.
Donovan Berthoud/Herald Life 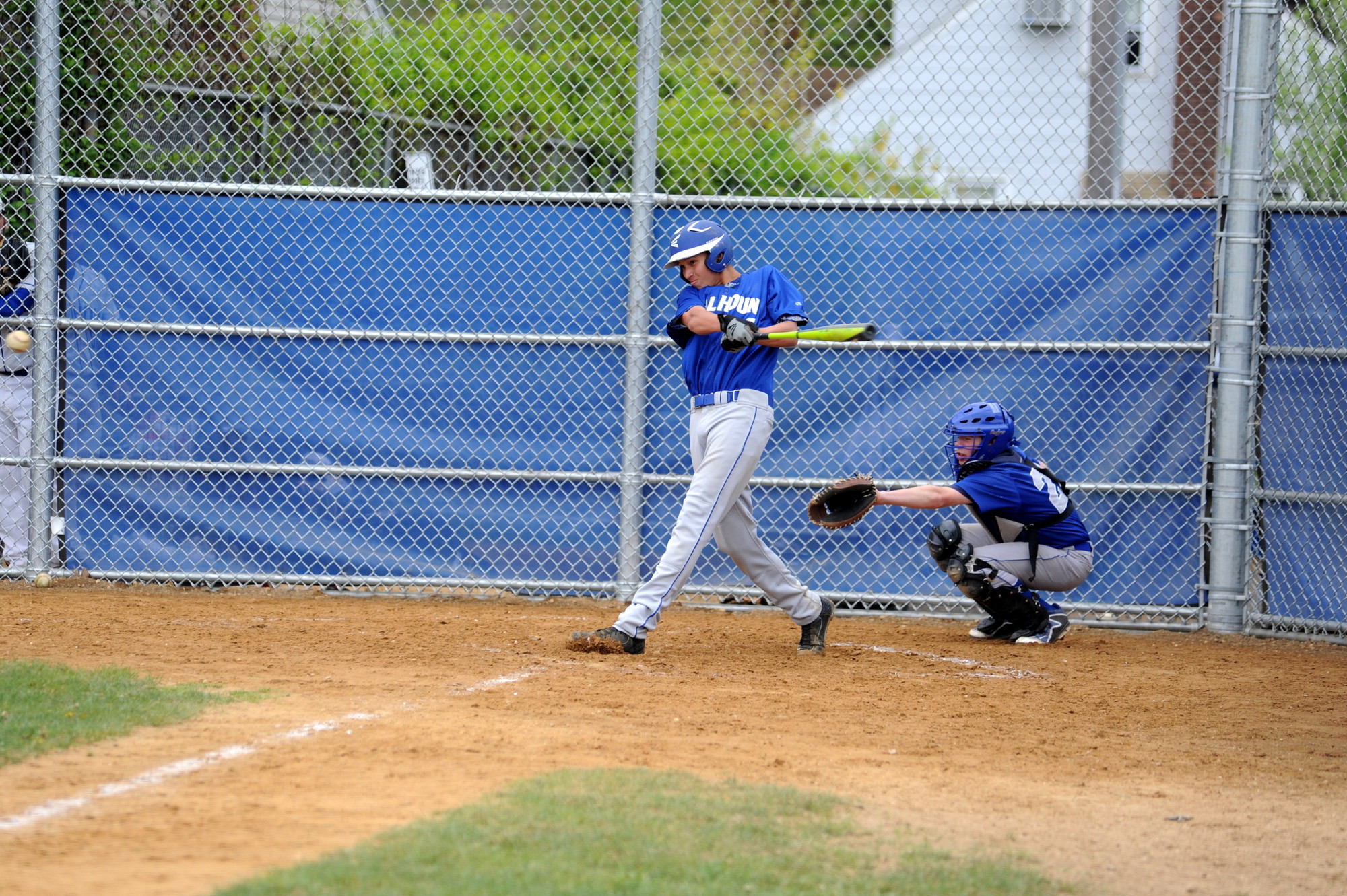 A player swung big in a homerun derby that the Calhoun High School Colts held for fun on May 9.
Donovan Berthoud/Herald Life 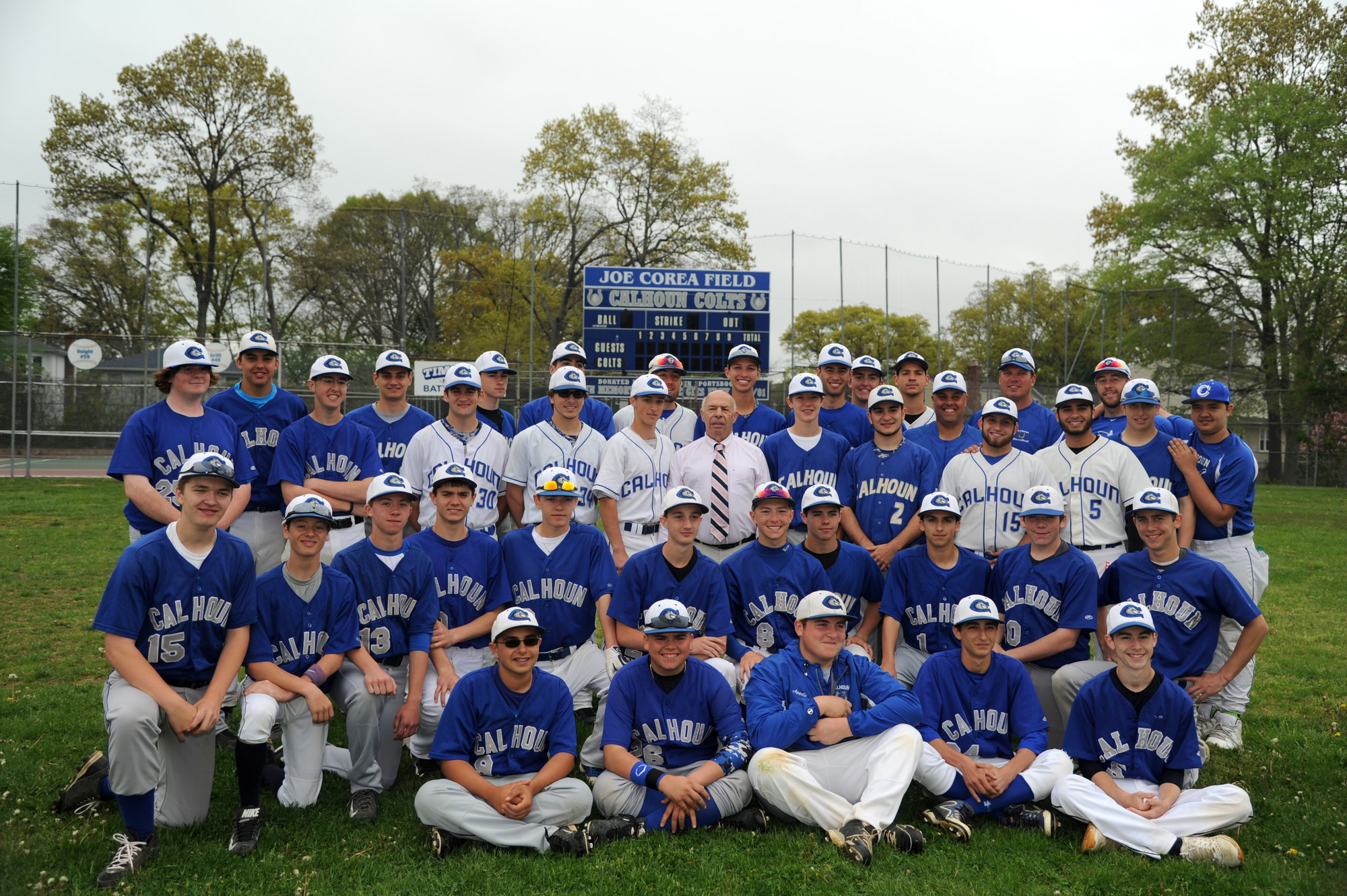 For 46 years, the baseball field at Calhoun High School was Joe Corea’s home turf, and now it will remain his for many more years to come.

On May 9, Calhoun renamed it Joe Corea Field in honor of his decades coaching the school’s varsity baseball team, during which time the Colts won multiple county and division championships, and Corea earned the nickname “Gentleman Joe” for his kind spirit and emphasis on sportsmanship.

Now 71 and retired, Corea was a math teacher and the school’s athletic coordinator. In 2010, he led the Colts to a Long Island championship game. Saul Lerner, the Bellmore-Merrick Central High School District athletic director, said at the time that Corea was the kind of coach who would spend more than two hours developing plans for a single practice.

Corea took part in the dedication ceremony along with family, students, alumni and school officials. This year’s Colts then broke in Joe Corea Field with an intra-squad scrimmage and home run derby.