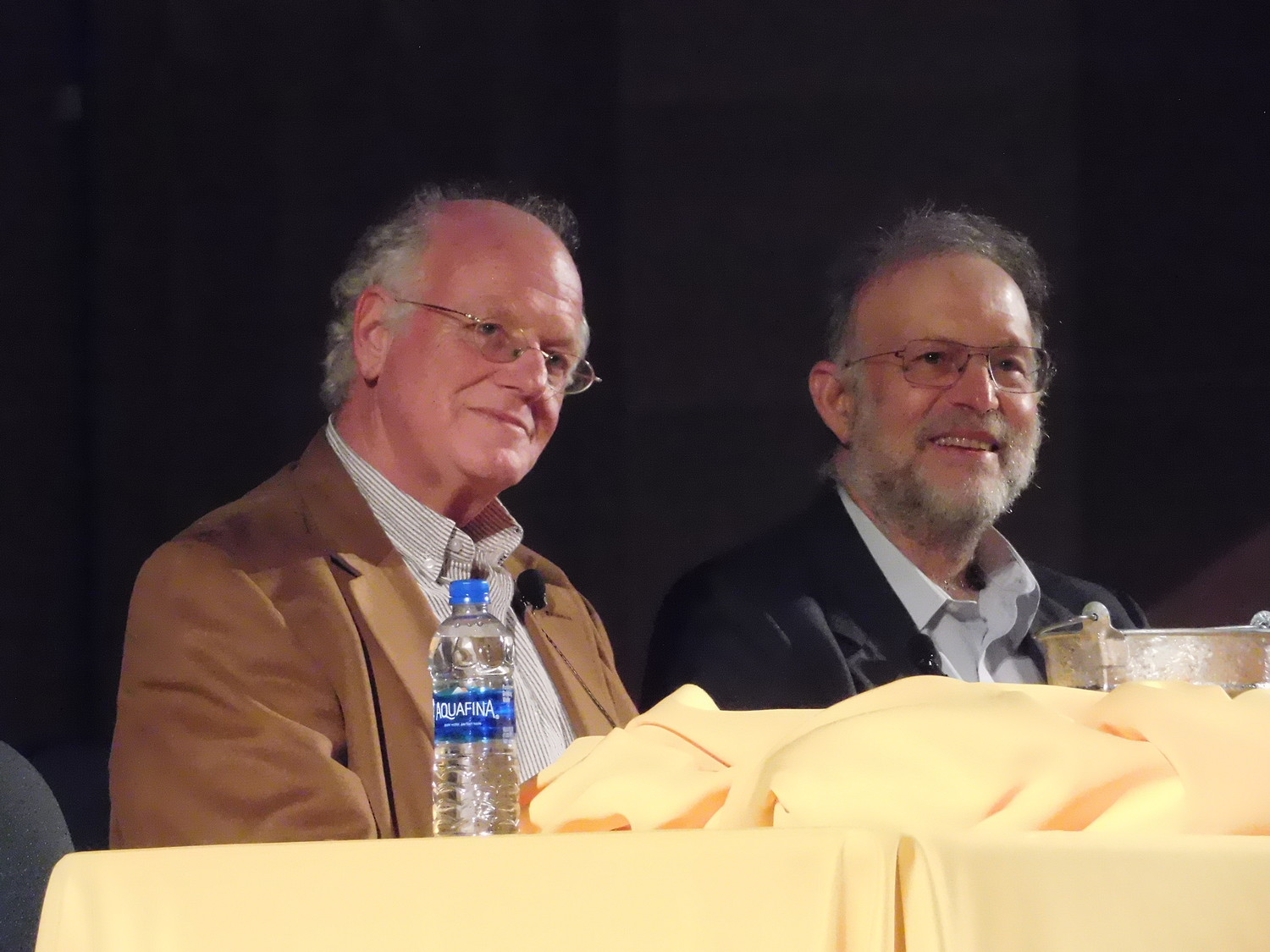 Ben Cohen and Jerry Greenfield seemed destined to co-start their ice cream business from their early days in Merrick. The two were born just four days apart in March 1951, but did not meet until a Merrick Avenue Middle School gym class. Greenfield joked about it during the lecture, saying that Cohen couldn’t finish the mile run in under seven minutes.

They stayed friends through their time at Calhoun High School, but went to different colleges. Greenfield studied pre-med at Oberlin College, but wasn’t accepted into medical school, and Cohen dropped out of Colgate University. Unsure about their next step, the duo reunited in 1977 to complete a $5 Penn State correspondence course in ice cream making.

A $12,000 investment later, Greenfield and Cohen opened their first ice cream shop in Burlington, Vt., out of a renovated gas station. News of their unique flavors spread throughout Vermont and surrounding states, and they eventually expanded the Ben & Jerry’s brand across the country.

“We grew up in the 1960s, during a time of peace, love and caring for other human beings,” said Jerry Greenfield. “That’s who Ben and I were.”

The duo visited Adelphi University on Sept. 12 to share their perspective on how a company can positively impact its surrounding community. “The most powerful force in the world is business,” Greenfield said. “It wasn’t always like that. At one point, it was religion, and another, government.”

Although Cohen and Greenfield no longer own Ben & Jerry’s — it was bought by Unilever, a Dutch consumer goods company, in 2001 — they made sure the Vermont-based business would continue its socially conscious philosophy by becoming members of an independent board of directors.

Ben & Jerry’s has helped others under its guiding motto, “Money is a means, not an end.” For instance, the company outsourced coffee beans from Mexican peasant farmers instead of buying from a third party so the farmers receive more money directly.

In another ex-ample, in support of South American rain forest conservation, Ben & Jerry’s uses authentic Brazilian nuts in its Rainforest Crunch flavor. The company hoped to increase demand for products from the rain forest and create an economic incentive to preserve them.

Greenfield and Cohen have fought to support suburban businesses and infrastructure as well. In Yonkers, they discovered a bakery that “employs the unemployable,” Cohen said, including ex-convicts and at-risk youth. Ben & Jerry’s has outsourced brownies from the small shop for their Chocolate Fudge Brownie flavor. In Chicago, the company worked with the South Shore Bank to “turn around decaying suburban areas,” Cohen said.

Ben & Jerry’s commented on political issues during the Cold War by printing a proposal on all of its chocolate-covered ice cream pop packages. “We wanted peace through understanding,” Cohen said, “so we printed a proposal — use just 1 percent of the Department of Defense’s budget to pursue peace-keeping relations between the United States and the Soviet Union.”

“The year after, the Cold War ended,” Cohen joked, eliciting laughter from the audience.

Cohen said that the 1960s civil rights movement inspired his ideals after he witnessed firsthand the lives of the oppressed in New York City. “I remember driving into the city with my family,” he said. “And 125th Street was sort of a dividing line between people who had it great and people who were less fortunate. I say to myself, ‘I could’ve been born on the other side.’”

Greenfield and Cohen said they believe their commitment to social issues makes a better product. “It adds value to the product, stimulates employees who agree with the message and establishes consumer loyalty,” Cohen said. “It beats out a catchy ad or an ad that shows a beautiful man or woman. It creates a heart-and-soul-based relationship.”