Calhoun High School cellist gives back through the power of music 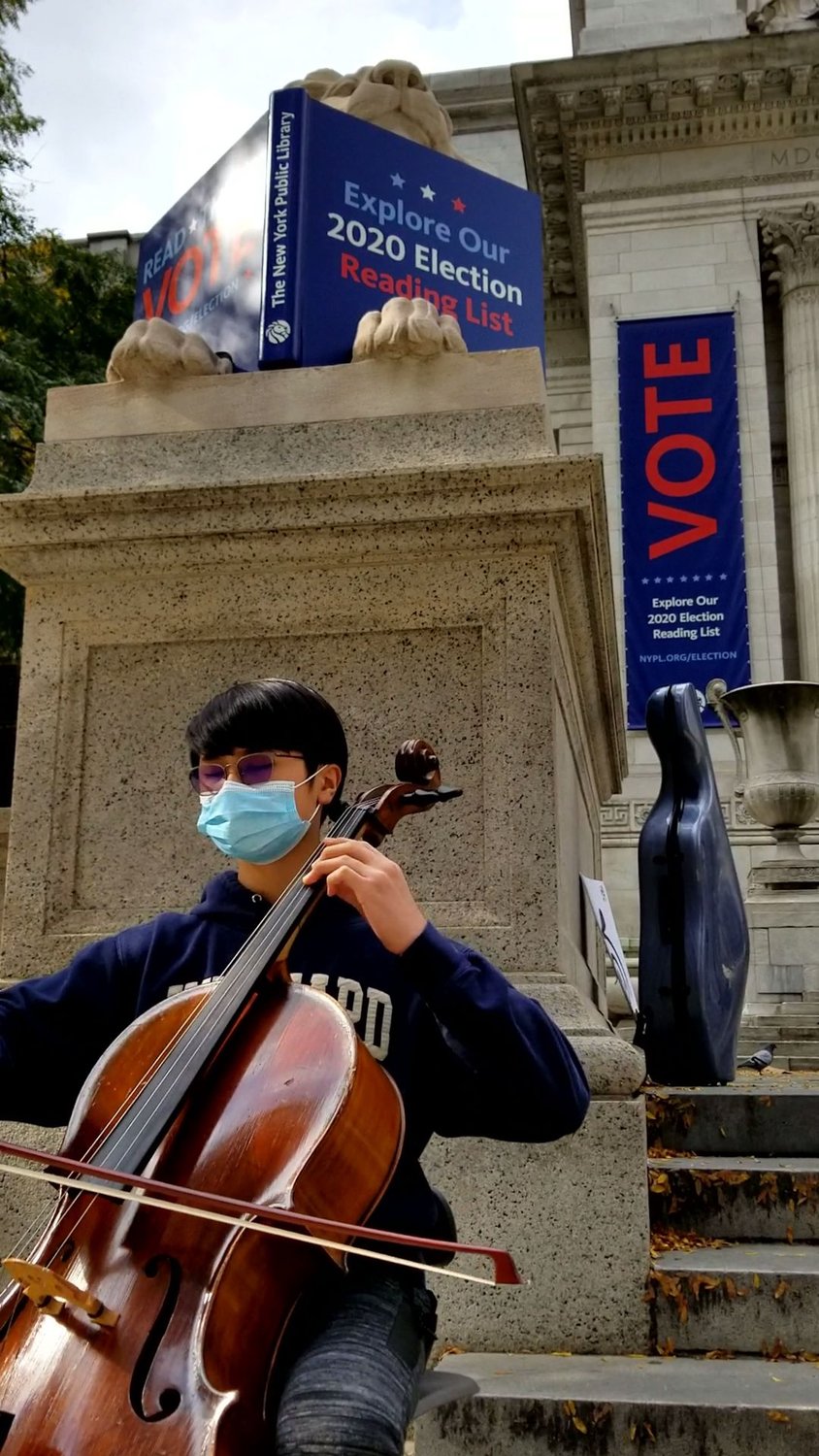 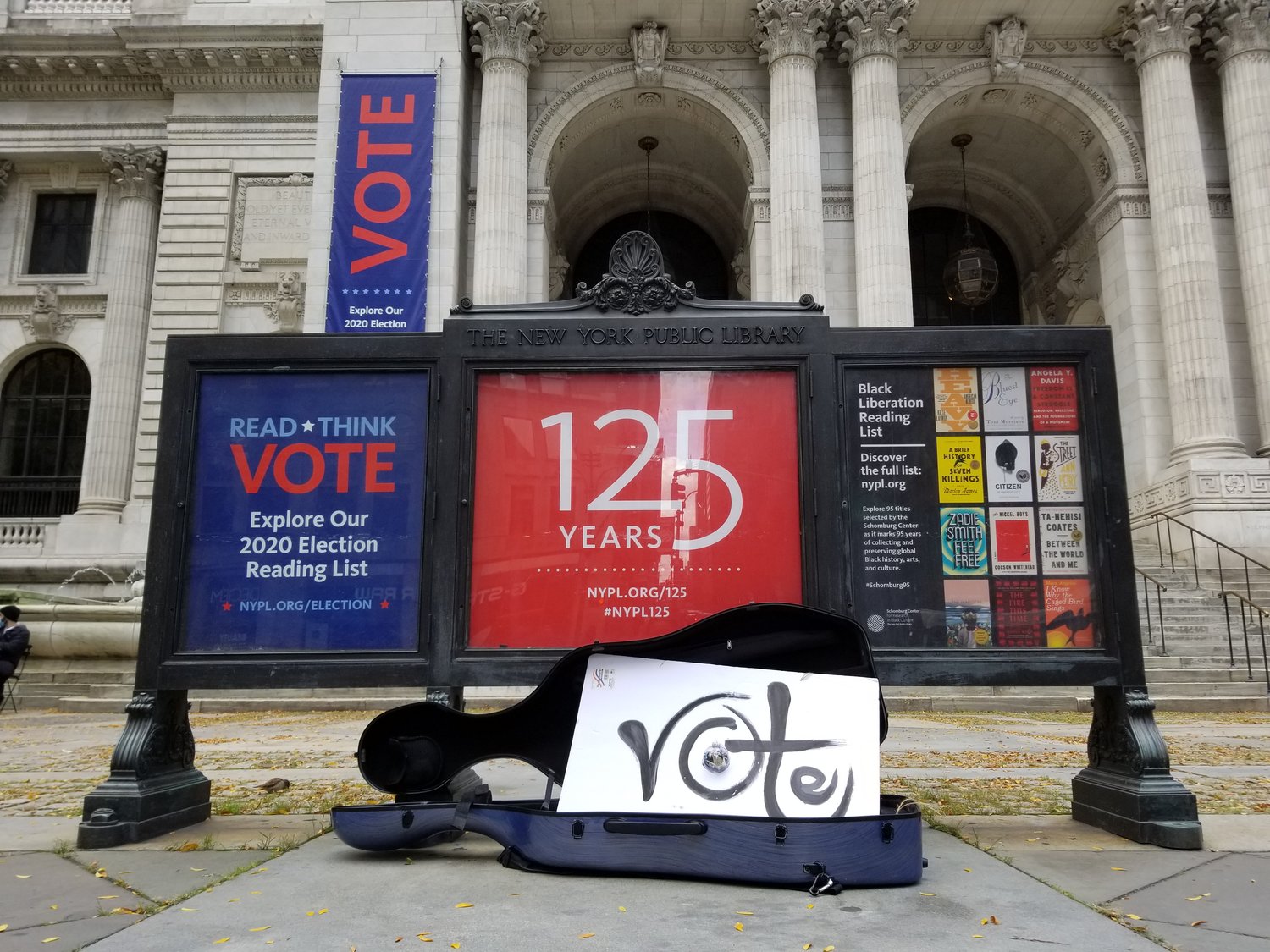 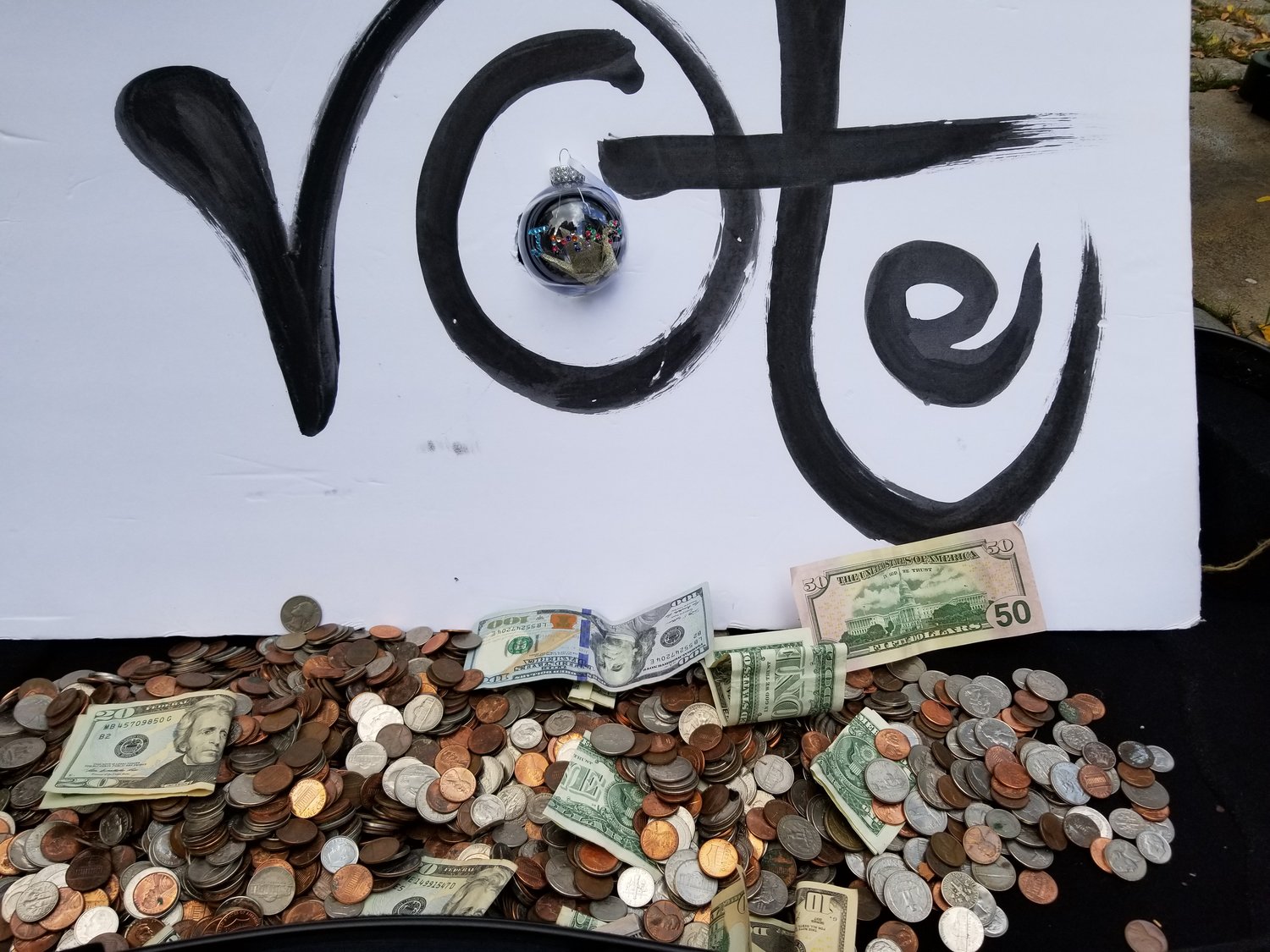 Joseph was able to raise $400 in a single day by playing his cello in front of the library.
Courtesy Joseph Darcourt
Previous Next
By Alyssa Seidman

A Calhoun High School freshman has used his musical talents to raise money for Long Island Cares and The Harry Chapin Food Bank.

Last month, Joseph Darcourt, of Merrick, received a letter from the organization, which said that roughly 259,000 people struggle with hunger on Long Island. It also said that a $100 donation could help provide more than 100 meals to residents in need.

“I wanted to give back to the community and raise people’s spirits during these times,” said Joseph, 14. The letter “inspired me to go back to play cello in front of the New York Public Library.”

Joseph, who is a pre-college cello student at Juilliard, first played in front of the library four years ago — “the beginning of his cello journey,” he said. As a fifth grader at Camp Avenue Elementary School, he participated in The Harry Chapin Practice-A-Thon after some encouragement from his music teacher, Gary Beck, who inspired him to take up the string instrument.

Last month, Joseph hauled his cello to Manhattan, using his case as a collection box as he strummed sweet symphonies at the steps of the library. He was able to raise $400 in a single day.

“In this pandemic a lot of ppl are struggling,” Joseph said, “so whatever I can do I want to do to give back.”

Joseph donated $100 to The Harry Chapin Food Bank, which will provide 110 meals to Long Islanders. The remaining $300 will go towards a project Joseph is working on at Juilliard, which would bring meditative music practices to public school children through the United Nations.

“My first Juilliard school project . . . was to experiment how the arts can foster meaningful connections, strengthen community and inspire social change, so I shared how breathing meditation helped my music journey,” Joseph said. “Stress is the No. 1 issue in my generation, and I believe that music and meditation can help youth for [their] mental well-being.”