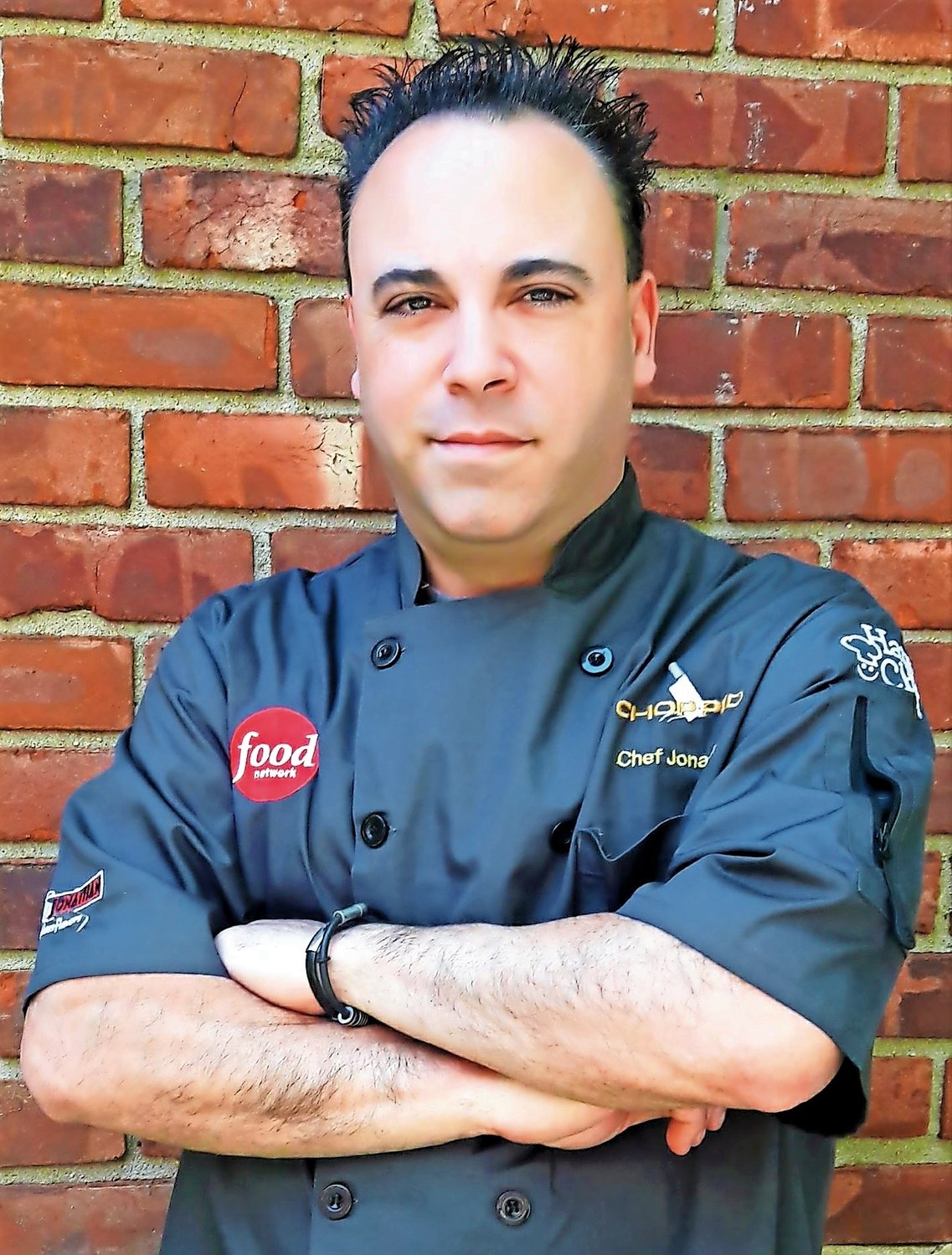 Jonathan Scinto is bringing Long Islanders to television screens. His new show, “Family Kitchen Revival,” will give families a chance to cook meals for their biggest supporters.
Courtesy Jonathan Scinto 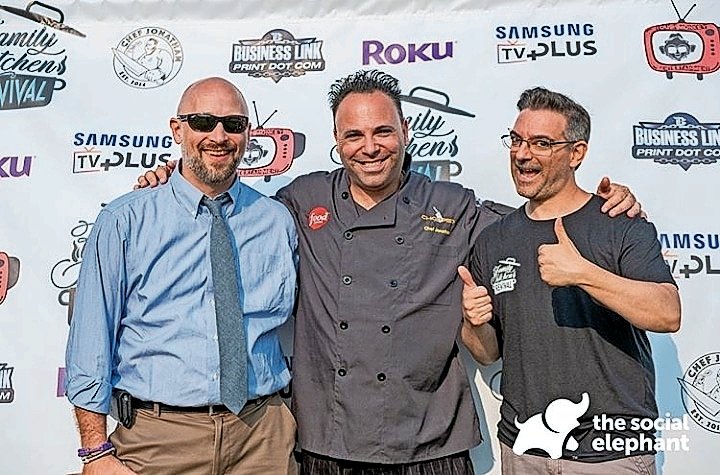 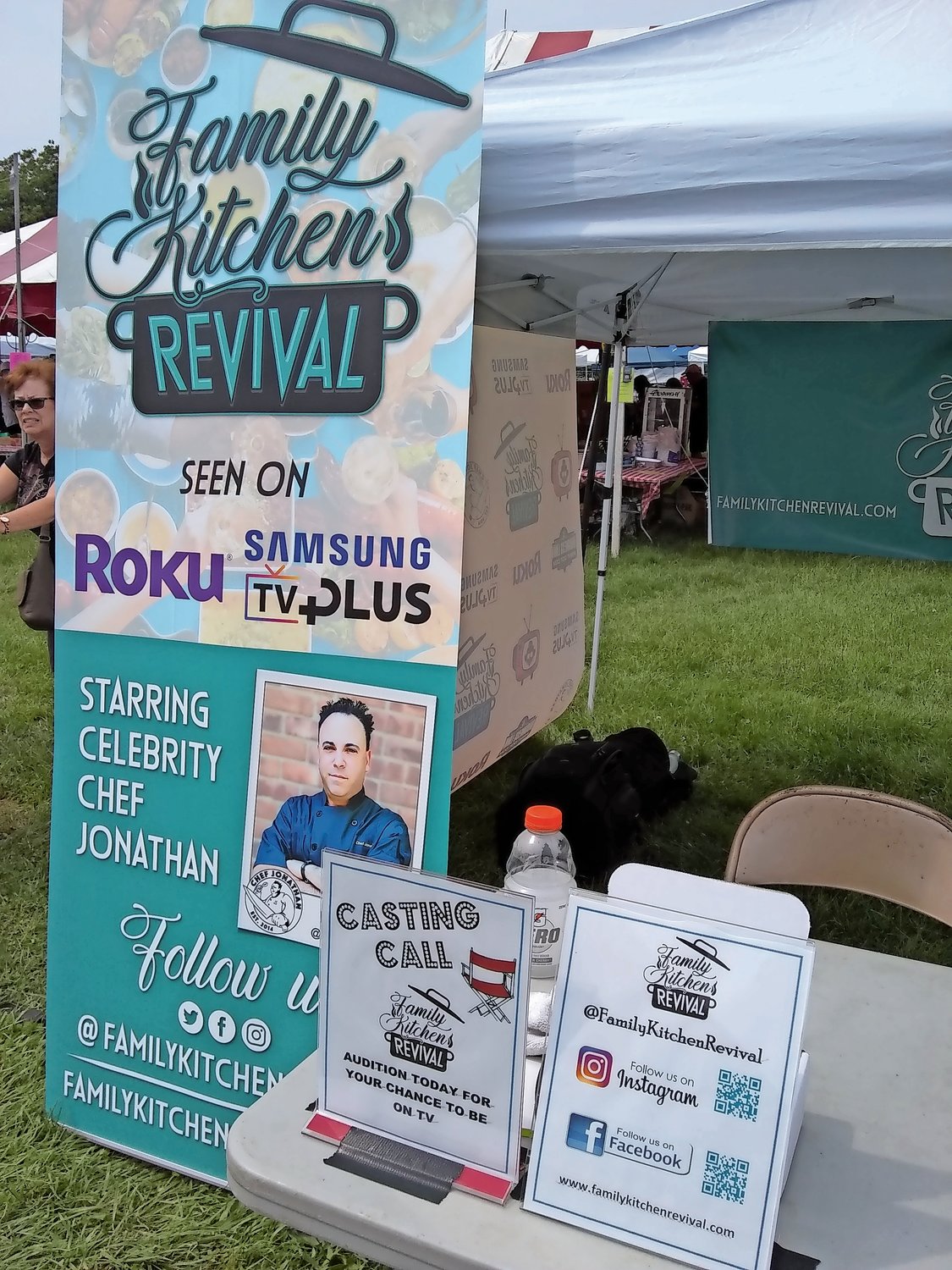 The crew held its final open casting call at the Strawberry Festival, where dozens of fans stopped by for pictures.
Courtesy Jonathan Scinto
Previous Next
By Andrew Garcia

Currently in production, the first season of “Family Kitchen Revival” will feature eight local families, each sharing their stories of hardship. During a day with the chef, the families will prepare a meal for community members who lent them support.

“There’s nothing like this,” Scinto, a North Bellmore native and Mepham High School graduate, said last week, explaining that the show would bring a positive program to television. “So many reality-based shows make people look bad,” he said. “There are people out there that care, and it’s my goal to show that.”

Casting for “Revival,” which started in early May, moved along quickly, Scinto said. At the Nassau County Strawberry Festival May 30-June 2 in Bellmore, Scinto held a final open casting call. It had a “great response,” he said. Dozens of fans posed for pictures with Chef Jonathan, remembering him from the Food Network and “Chopped” fame.

As the casting call drew to a close — the show plans to cast until the end of the month — Scinto had families recruited from across Long Island, he said. The first season will consist exclusively of Long Islanders.

“The show will be an opportunity for people on Long Island to tell their story,” said Sal Conca, the show’s executive producer. “I think people tend to bury their struggles, but this will be a way for them to thank the people who helped them.”

Scinto said he understands that sharing your personal struggles, especially on television, is difficult. “Relying on others is not easy to do,” he said. “To say, ‘I need help,’ is a humbling thing.” He encountered families’ triumphs over severe illnesses or heavy financial burdens — many had to start over with next to nothing. “It’s the hardest thing to do,” he said, but it will “absolutely help others open up more.”

“It’ll be like a second step in the healing process, a ‘thank you’ through food,” said Joe Kane, the show’s director.

The day will start with a shopping trip to a local grocery store. The goal, he said, is to “revive” a family dish — not to completely reimagine the dish, Scinto said, but to offer tips and tricks on cooking it. If a family uses canned or frozen vegetables, for example, they’ll be urged to consider the fresh alternatives.

The revived dish will be served to the families’ closest supporters. “It’ll be a family feast — something that comes from the heart,” Scinto said.

“Every family has food in their roots,” Conca said. “For happy times and for sad times, food brings people together.”

“‘The kitchen is the heart of the family’ has been our motto,” Kane said. “No matter the size, everyone ends up in the kitchen.”

Conca and Kane, also Long Island natives who started Tough Monkey Productions, the company producing “Family Kitchen Revival,” expressed their enthusiasm for keeping the first season at home. “It’s a nice thing, to give back to the communities,” Kane said.

Filming will begin in July, timed for what producers hope will be a fall release. The show will stream on Roku TV and Samsung TV Plus, which have hundreds of thousands of users, Scinto said.

Casting for “Family Kitchen Revival” is open until the end of June. Families looking to share their stories can submit applications at FamilyKitchenRevival.com.