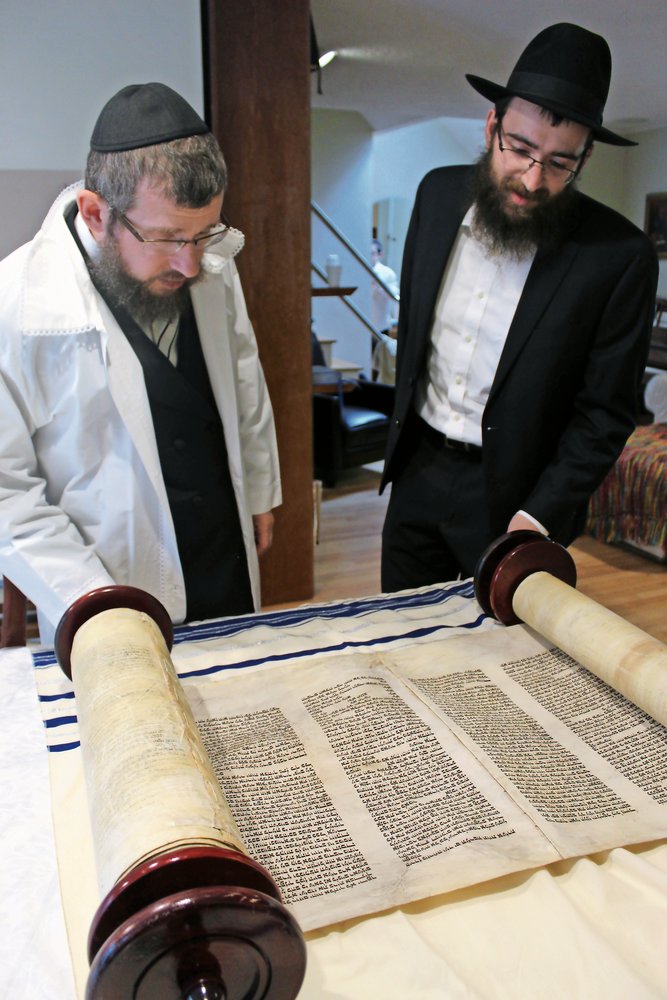 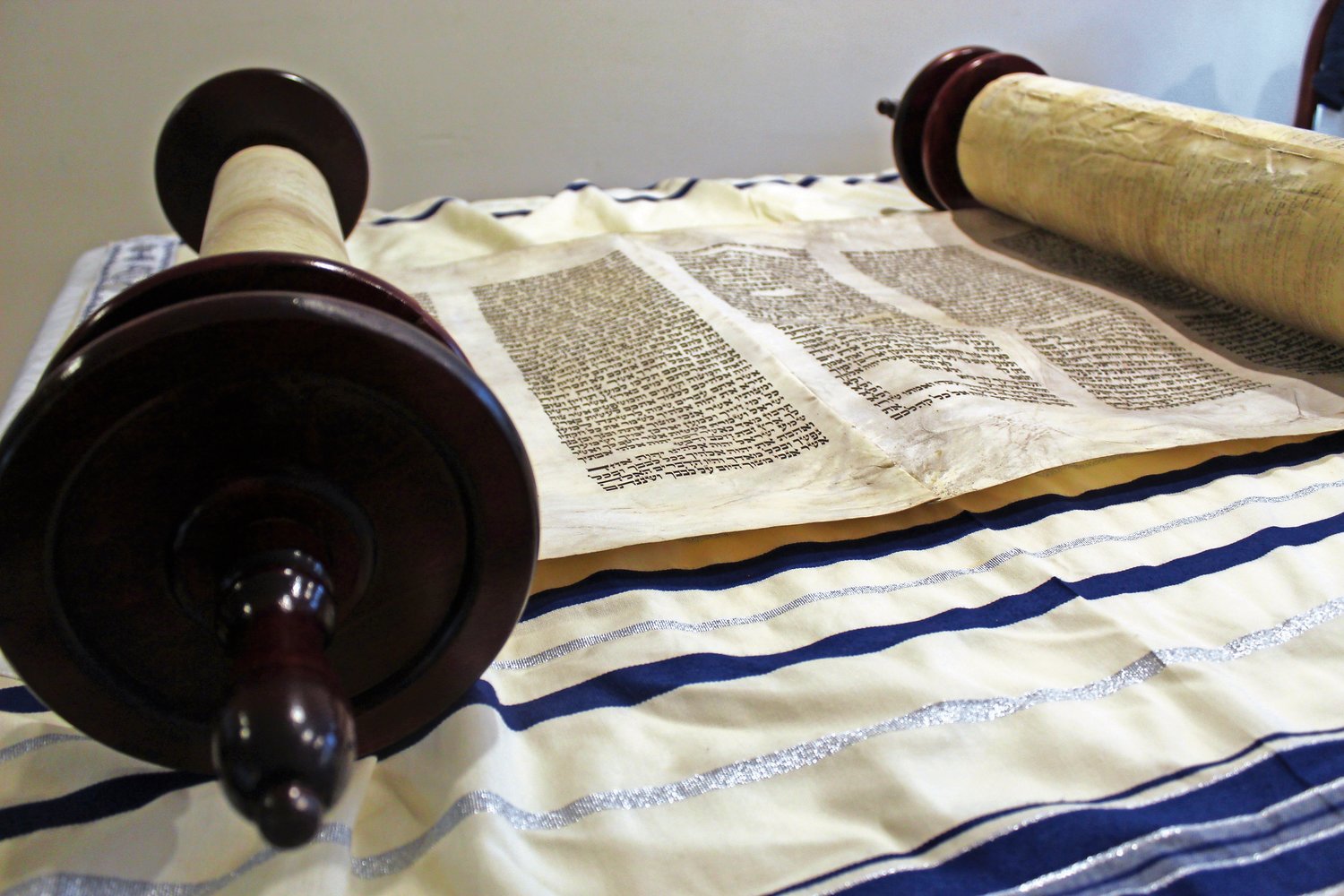 The Kristallnacht Torah was recovered from a fire in Hamburg, Germany, on Nov. 9, 1938, shortly before the beginning of the Holocaust.
Alyssa Seidman/Herald Life
Previous Next
What happened on ‘the Night of Broken Glass’

During Kristallnacht (Nov. 9. 1938), also known as “the Night of Broken Glass,” more than 1,400 synagogues and 7,000 Jewish businesses across Germany were torched by the Nazis.

That night, in Hamburg, 14-year-old Isaac Schwartz saw a pyre of Torah scrolls and other religious items left unattended. He doused the flames and attempted to recover the holy objects, yielding only a single Torah scroll.

Isaac buried the scroll in the ground, and it lay there for the duration of the Holocaust. After the scroll was unearthed, much of it was rendered unusable. For 78 years the scroll lay in disrepair, but in 2016, a sofer, or scribe, restored the faded letters and replaced parts of the parchment that were beyond repair over a period of 18 months.

The restored Torah is now read in synagogues all over the world, hopping from community to community as a gesture of unity that spans continents, cultures and generations. The scroll travels in a blue cloth inscribed with a dedication to those who died in the Holocaust and in celebration of the revival of Jewish life and Torah study.

In observance of Yom Kippur, the holiest day in the Jewish religion, the Chabad Center for Jewish Life in Merrick invited congregants to attend services, fast and atone for their sins. What was different this year, however, was the Torah from which prayers were read.
During the Chabad’s Yom Kippur services on Oct. 8 and 9, Cantor Nissen Pewzner read from the Kristallnacht Torah, a historic Torah that was rescued from a fire during Kristallnacht, or, “the Night of Broken Glass,” in Germany in 1938. During Kristallnacht, the Nazis torched more than 1,400 synagogues and 7,000 Jewish businesses.
That night, Isaac Schwartz, a 14-year-old boy from Hamburg, was able to recover a single Torah scroll that was set aflame. Eight decades later, the Torah serves as a symbol of light surviving in spite of the dark, said Pewzner.
The scroll was fully refurbished in 2016, and since then has been used for religious services in synagogues all over the world.
“There are many historic Torahs, but this Torah is a living artifact that we can use,” Pewzner said. “It survived such darkness and tragedy, and to have the opportunity to read and learn from it on Yom Kippur is tremendously exciting.”


Yom Kippur is the Jewish Day of Atonement. In observance of the holy day, Jews fast and pray for 25 hours, giving them an opportunity to cleanse the soul of sin, said Rabbi Shimon Kramer. “Yom Kippur is a time when we have the opportunity to clean off those stains and reconnect,” he said.
Services began last Tuesday night with a candle lighting ceremony at 6:07 p.m., followed by a Kol Nidrei service, the first communal prayer of Yom Kippur, at 6:15 p.m. Services resumed early Wednesday morning, and ended with a breaking of the fast at 7:04 p.m. The Kristallnacht Torah was carried through the center for congregants to touch and kiss, and was laid on a special table during prayer readings.
Kramer noted the importance of having the Torah at the Chabad for Yom Kippur, when Jews say the yizkor, a special memorial prayer for the departed.
The yizkor says, “We are going to do charity and justice in merit” of lost loved ones, Pewzner said. “We are the hands and feet of those who are not able to make this world a brighter place any longer.”
“I’m getting emotional thinking about reading from a Torah that was saved by this young 14-year-old boy,” Kramer added. “He risked his life to take a Torah, and here we are, years later, actually reading those words . . .”
Kramer’s wife, Chanie, continued, “without having any fear.”
Kramer said praying from a Torah that has been used by Jews near and far was appropriate for observing Yom Kippur. “This Torah unites us with Jewish people around the world, including those in the past, the present and the future,” he said. “We are a part of this.”
Report an inappropriate comment