Chamber of Commerce of the Bellmores bestows annual awards 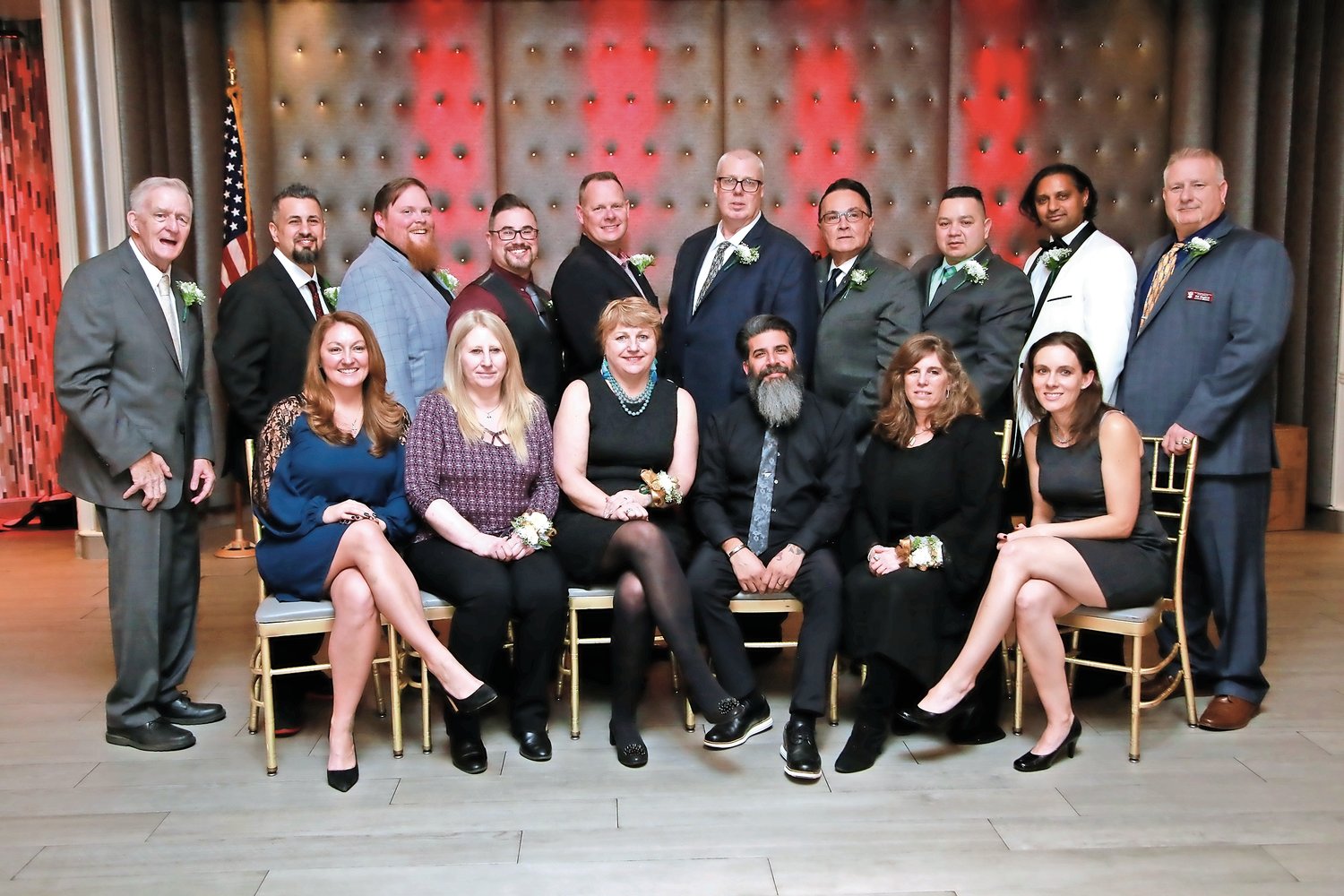 The 2020 Chamber of Commerce of the Bellmores’ Board of Directors.
Sue Grieco/Herald Life 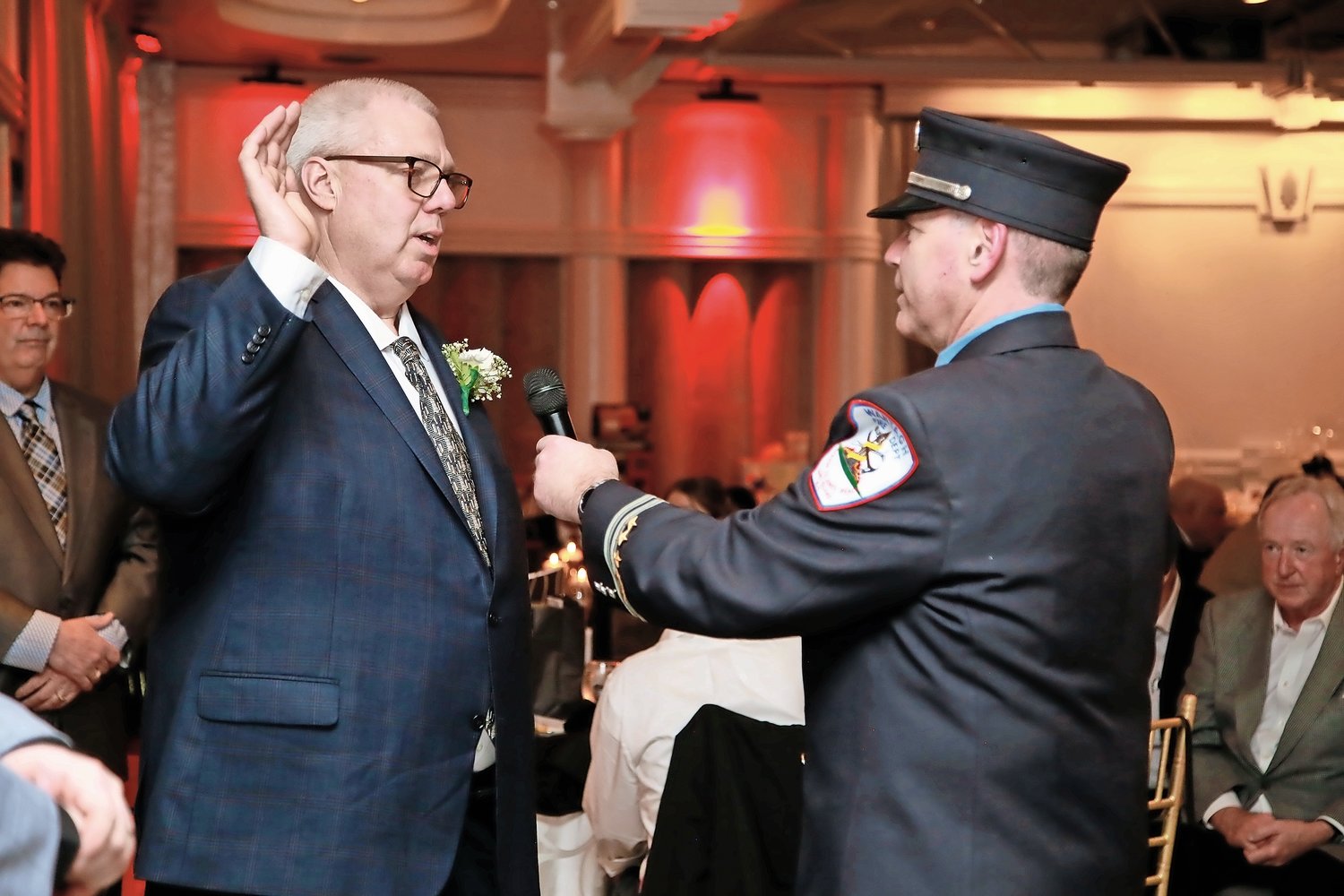 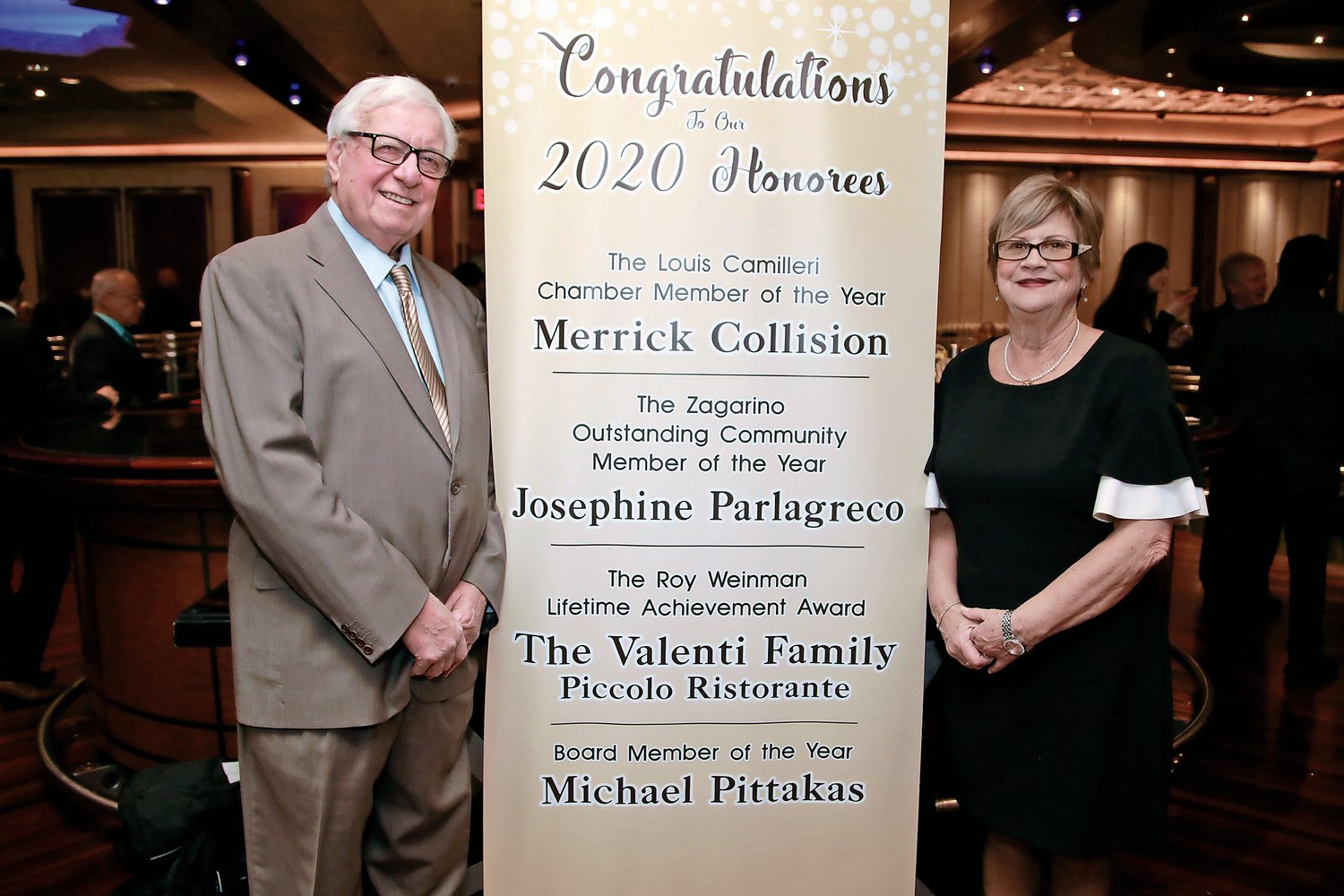 Tom and Donna Valenti, who own Piccolo Ristorante, were honored with the Roy Weinman Lifetime Achievement Award.
Sue Grieco/Herald Life 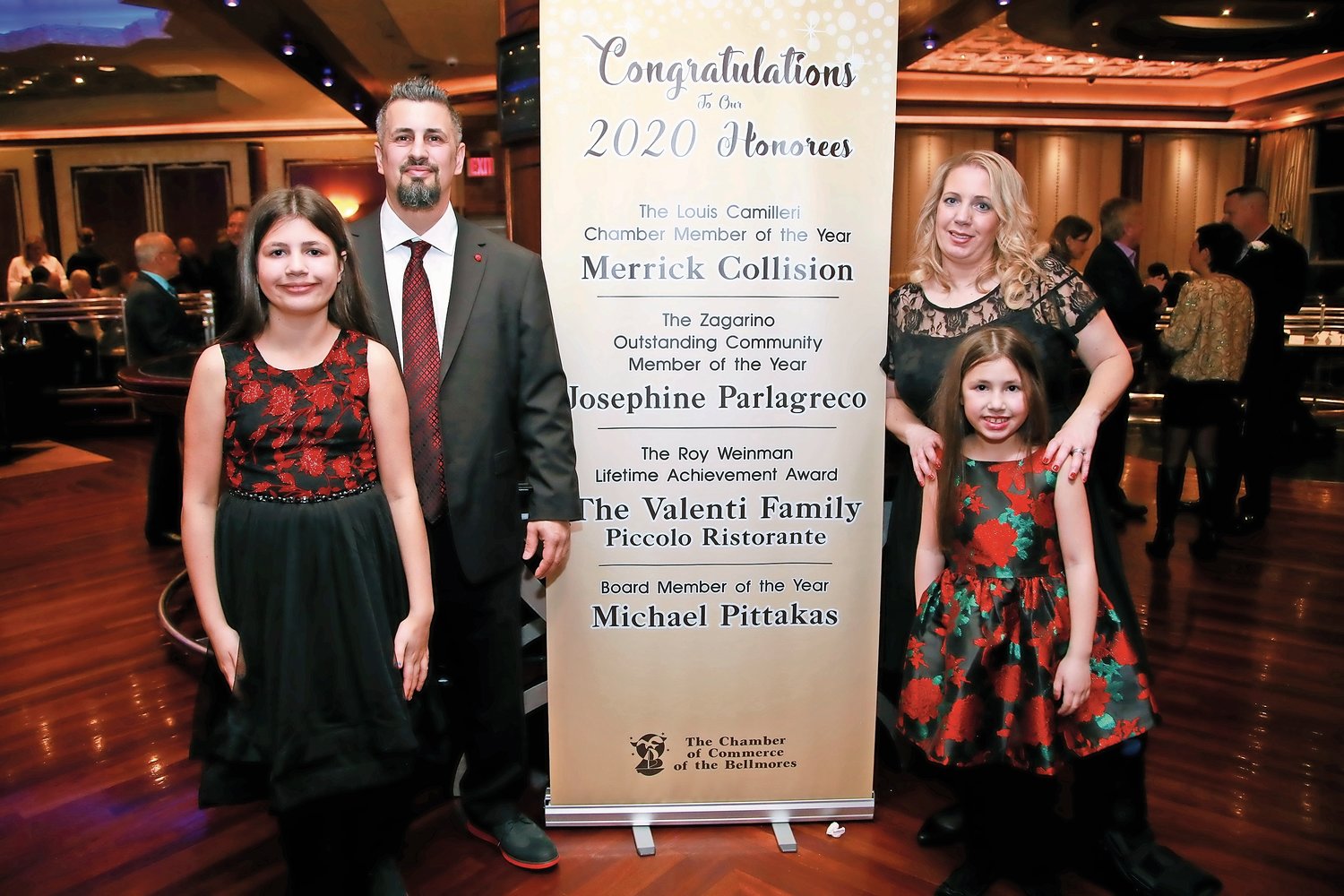 Board Member of the Year Michael Pittakas, second from left, with his wife Rosanna, right, and daughters Sofia, left, and Annabella.
Sue Grieco/Herald Life 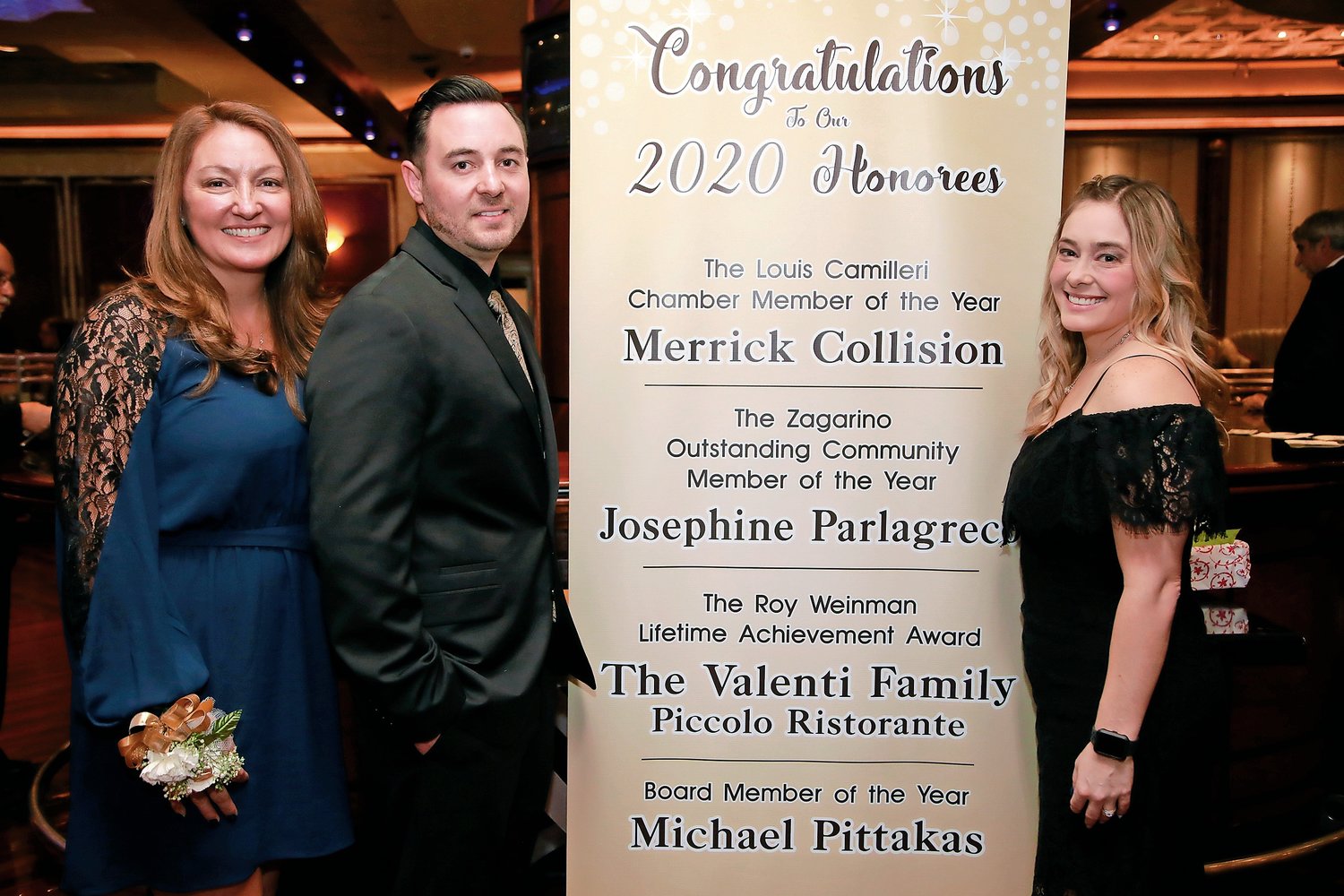 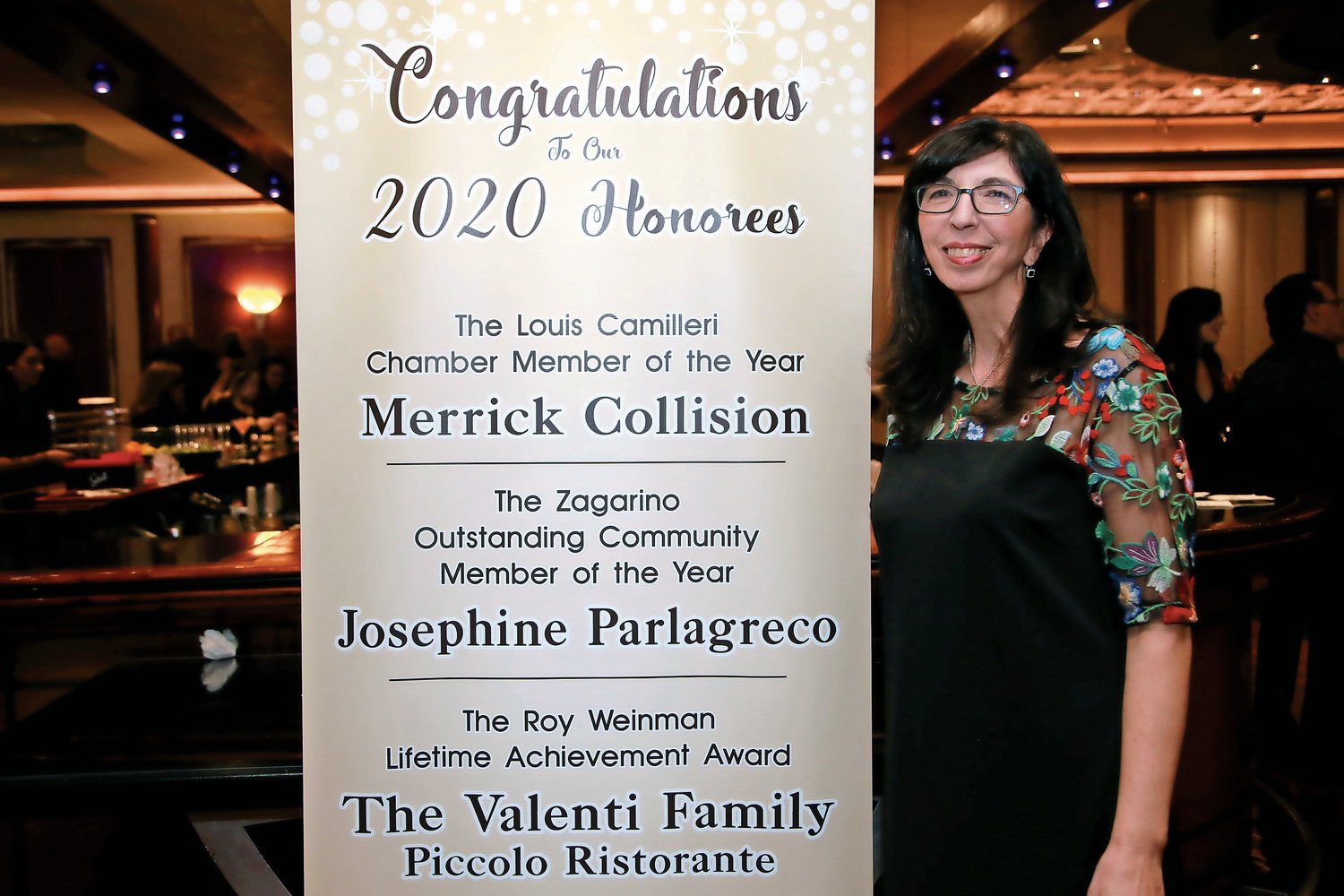 The Chamber of Commerce of the Bellmores’ annual installation and awards dinner at the Chateau Briand was rife with pomp and circumstance. On Jan. 25, the board recognized local community members who have shown a dedication and commitment to the chamber and the community at large.

Chamber Member of the Year

The Louis Camilleri Chamber Member of the Year award was presented to Merrick Collision.

Kenny Guarniere developed a love for cars at a very early age, and worked at the Verdi Brothers gas station in Seaford as a teenager. From there, he and his boss went into business together and opened Oceanside Autobody. It was renamed Wantagh Auto Rebuilders after he moved to the hamlet, and he worked there for another 11 years.

During this time he and his wife, Sue, got married a started their family. As Sue raised their five children, Guarniere worked around the clock to keep growing his business. The building the shop was in was eventually sold, which brought the Guarnieres to Merrick. At Merrick Collision, Sue ran the office and Guarniere kept busy in the shop. The business remained there for almost 30 years. Over time, the Guarnieres realized they needed to find a forever home for their business; that’s when they opened at 36 Broadway in Bellmore.

The Guarnieres have been active sponsors of numerous Little Leagues and youth football leagues throughout the south shore, and have won Auto Check’s customer satisfaction award for the past 10 years.

Outstanding Community Member of the Year

The Zagarino Outstanding Community Member of the Year award was presented to Josephine Palagreco.

Palagreco has been teaching chemistry at Mepham High School for 23 years. She and her husband, Peter, met as students at Calhoun, and their daughters, Aurora and Deanna, are Mepham alumni.

Besides what they learn in the classroom, Palagreco aims to mold her students into caring, conscious people who value service to others. As a World of Difference and LEO Club adviser, she has helped students participate in Habitat for Humanity builds, food drives, trips to Bethany House, making blankets for the Linus Project and the Lions Club holiday party.

Palagreco was also a Girl Scout troop leader for more than 20 years, and helps middle and high school girls apply for the Catholic Girl Scout awards. Her hobbies include painting, crocheting, reading and visiting National Parks.

The Roy Weinman Lifetime Achievement award was presented to the Valenti family, who owns Piccolo Ristorante in Bellmore.

In 1961, great-grandmother Theresa Valenti pushed her then 21-year-old son, Tom Sr., to open Tommy’s Pizza on Bedford Avenue. The Valentis enjoyed their run at the original location, but moved south across Sunrise Highway to avoid the train gate. In 1979, the family opened Piccolo Ristorante. Tom Sr. and his wife, Donna, worked tirelessly to build the foundation for what would become the popular and successful restaurant residents know today, which is four times the size of the original.

Over the past 40 plus years, Piccolo and the Valentis have been acknowledged as a Nassau County Business of the Year, Best of Long Island restaurant winner and in Newsday’s Top 10 Pizzas lineup. But it’s the generous contributions that Piccolo makes to local charities — the Sons of Italy, the Knights of Columbus and the Bellmore Kiwanis — that give the family the most pride

Board Member of the Year

Michael Pittakas has been a Bellmore resident for 12 years and is an active member in the chamber of commerce. He currently serves as a director on the board. He volunteers at the Friday Night Car Shows, the Easter and Halloween parades, the Santa Run and donates his time to help small businesses within the community.

As the owner of CWC Security, LLC. in Bellmore, he has served fellow residents since 2006. His company offers networking, CCTV systems, alarms and other security products. CWC Security is dedicated to bringing state-of-the-art technology solutions to homes and businesses in Bellmore and throughout the five boroughs, and maintains the chamber’s office computers and security systems.

Pittakas is always there to lend a helping hand wherever needed and whenever called.