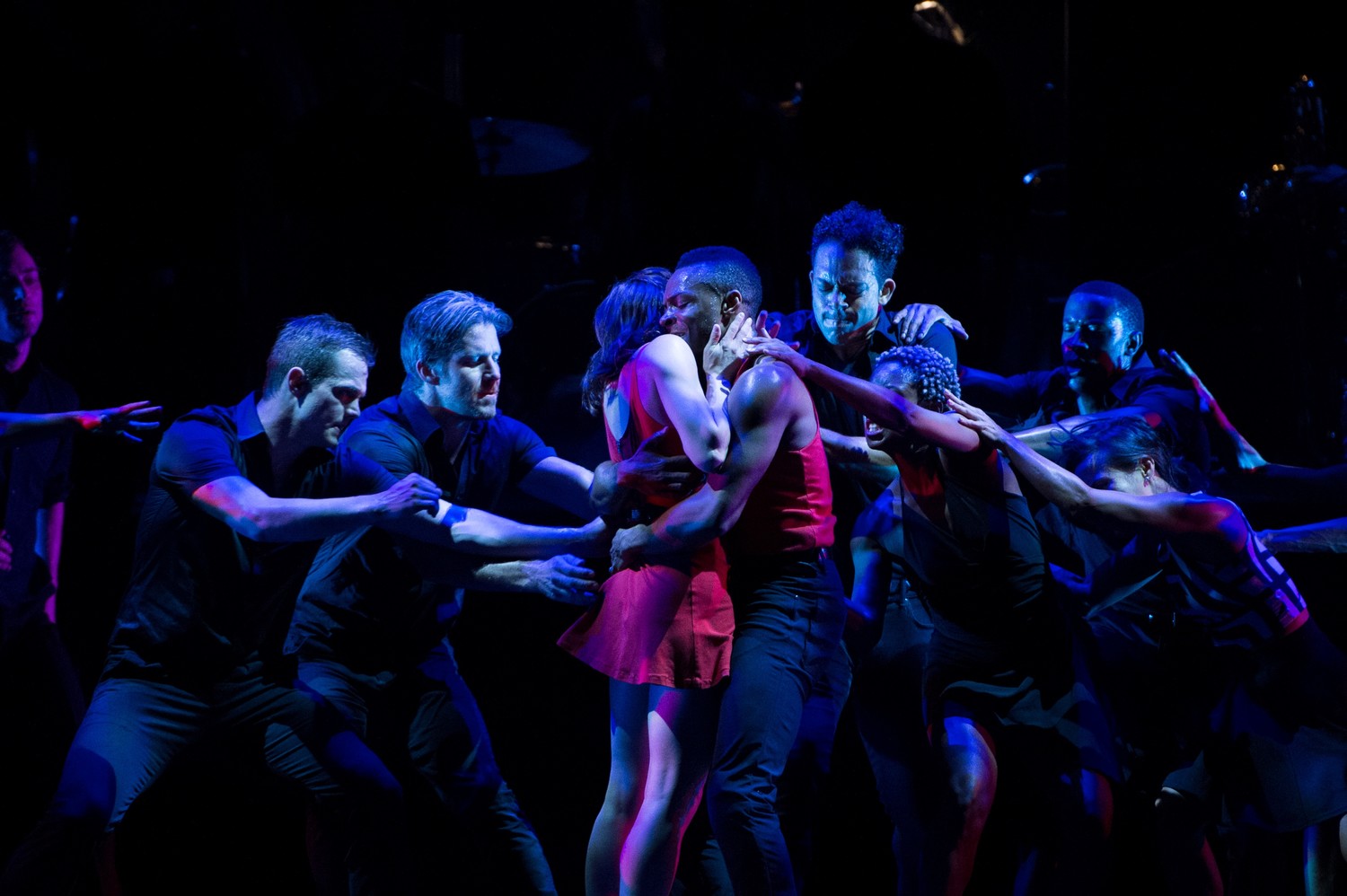 “When Change Comes” transports audiences through a century of music, movement and human connection against a backdrop of our nation’s most defining moments.
Courtesy Rachel Neville
By Iris Wiener

Never has a production been more appropriately titled than it has with “When Change Comes: A Movement Forward,” which arrives at the Madison Theatre, on the Molloy College campus, for three performances on Friday and Saturday, Sept. 7-8.
Not only has the acclaimed dance musical, formerly known as ‘Standard Time,’ literally changed as its concept has evolved, but director and co-creator Mark Stuart, who grew up in Wantagh, also tells the Herald that the new piece is an important metaphor for a world that needs to find compassion and the ability to listen to one another.
“Right now voices of fear and division are louder than the voices of tolerance and equality,” says Stuart of the mission behind bringing ‘Change’ back to the stage after runs Off-Broadway and regionally. “I think what we’ve lost is the ability to see each other as human beings in the way that we can say, ‘I see that you have valid life experiences and filters, you’re right, and that’s great. I completely disagree with you, but you’re right based on your life and experience.”
‘Change,’ which he refers to as a social change project, features dancers, singers and musicians, follows three love stories through the Great Depression, the civil rights movement and LGBTQIA+ activism.
The dance musical welcomes special guest stars for its premiere performances here. Tony Award nominee Laura Osnes (“Bandstand,” “Cinderella”), and Dan DeLuca (“Newsies” national tour) will join the company on Sept. 7, while Adam Kaplan (“A Bronx Tale,” “Newsies”) performs on Sept. 8.


“The goal is to get young students in the door to inspire them with this story about equality and tolerance,” says Stuart. Every production will feature talkbacks during which audiences will be encouraged to discuss three actions they can take as soon as they walk out the door.
“We can commit small, everyday acts of kindness, learn to see each other, and have honest conversations with people we disagree with, where we learn about them and are curious, and not trying to change their minds,” adds Stuart, who also hopes to build communities of those people to stay engaged and accountable with each other.
‘Change’ is a family affair, Stuart’s brother, Jeff Eckstein, co-produces, and Stuart’s fiancée, Jaime Verazin, is a co-creator and performer in the show. The fact that it has made its way to Long Island is a “miracle,” says Stuart, as he was about to give up on show business when the production process began.
“With ‘Standard Time,’ I realized that I had forgotten over the years that it was supposed to stand up to hate, speak out against intolerance, and prove that love wins.” It wasn’t until he found himself watching the March for Our Lives rally that he embraced his guilt in not getting involved. “Where do you start? There are so many things going wrong in this world, how does one person make a difference?” he asked himself.
He brought his company to Martha’s Vineyard, where they experienced a “life-changing artistic retreat that changed not just our lives, but the way we look at the show and the way we look at telling stories,” he says. “We discovered the importance of learning to see each other, to be vulnerable and to be honest and genuine in the moment.” Thus, ‘Change’ was born.
Stuart, who is also known for his work as an associate choreographer on Broadway’s Tony-winning “Bandstand” and ABC’s “‘Dirty Dancing” was urged to contact Madison Theatre Artistic Director Angelo Fraboni, to see if he had any ideas about what to do with ‘Change’ next. “[Fraboni] said, ‘Come use our theatre for three weeks. Make it what it needs to be, and then we’ll do a couple of performances,’” Stuart recalls. “Angelo is a Broadway guy and he wants to support young artists and new shows, and give them opportunities. Their theater is amazing. He is a saint!”
He aims for the Madison Theatre production aims to be a launching point for a university tour next year.
“We hope to put students in a scene from the show with the cast and say, ‘You try these parameters, because this is just learning to see people; you don’t need to do the choreography, you just need to be human beings,’” says Stuart. “Eventually we want to give the show to universities and high schools and say, ‘Now do your version. Tell your story of equality and tolerance. That is what I think will make change.”
Stuart originally created his unique company of dance performers (Mark Stuart Dance Theatre) 10 years ago because “art changes people, and people change the world.” If he has anything to say about it, ‘Change’ will live up to its title.
“This [project] is why we are in the arts. The arts can make a difference,” he says. “Broadway is great, we’ve done that. It’s time to do what matters, and create work with which we are best-equipped to make the biggest differences. That is here, with this show.”
Tickets are available by visiting www.madisontheatreny.org or by calling
(516) 323-4444.