Children get a new place to play 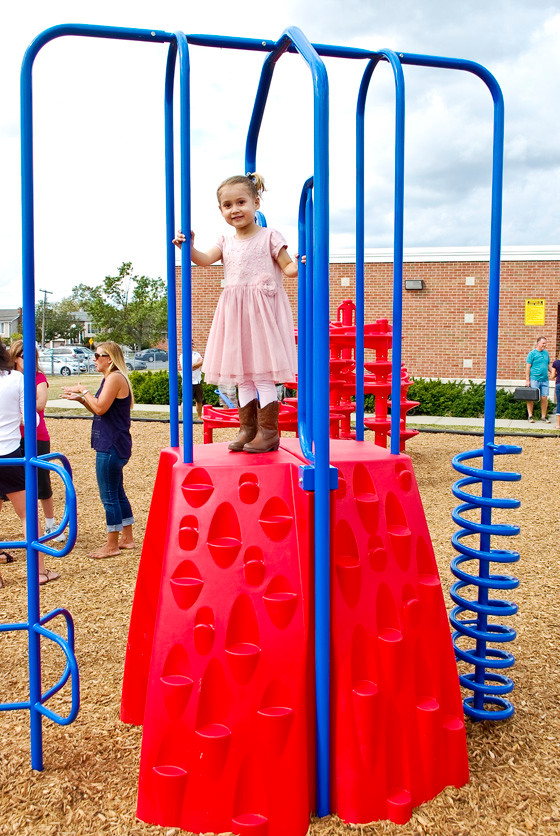 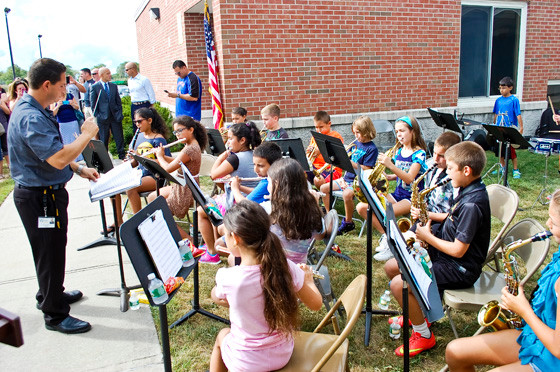 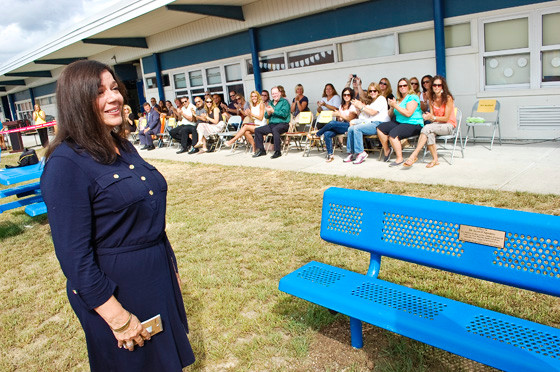 Former Mandalay Principal Dr. Lynne D’Agostino was all smiles after seeing that a bench was dedicated in her honor.
Andrew Hackmack/Herald 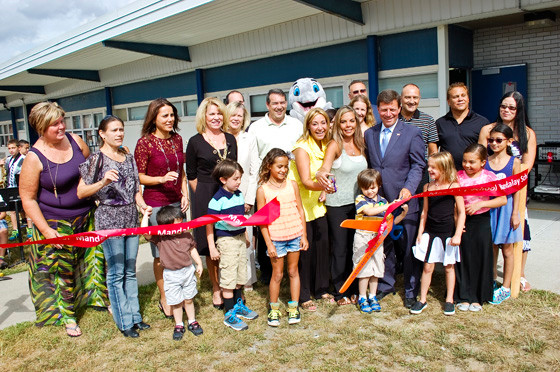 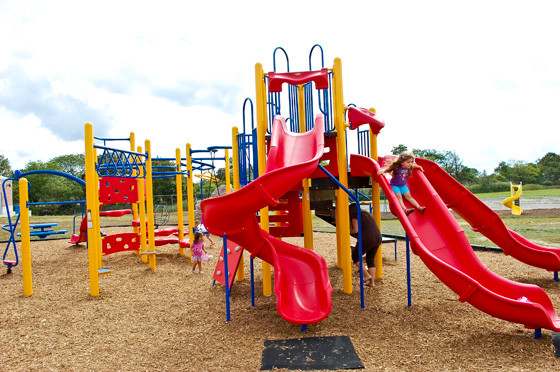 The new playground was installed over the summer and ready for students on the first day of school.
Andrew Hackmack/Herald
Previous Next
By Andrew Hackmack

School has been open for two weeks in Wantagh, and Mandalay Elementary School Principal Marie Pisicchio says one of her greatest joys in that time has been watching children enjoy the new playground.

Named “Manda-play” following a vote by the students, the community came together on Sept. 8 to celebrate the opening of the playground and acknowledge those who made the dream a reality.

The cost of the playground was $84,000. The Mandalay Playground Committee, spearheaded by parents, received numerous grants including $42,500 from Legislator David Denenberg, $20,000 from Legislator Dennis Dunne and $10,000 from the Wantagh Kiwanis Club. The rest was raised through various fundraisers, including a visit from the Harlem Wizards, flapjack day at Applebee’s where the teachers served breakfast, and a brokerage night. The committee also sold engraved bricks and citrus fruits.

“It’s such an accomplishment,” said Roseann Lombardo, co-chair of the Playground Committee, upon seeing the completed project last week. “We are overwhelmed with joy.”

The new playground replaced a wooden one from 1986 that had been dubbed “Big Toy.” Sharon George, the other chair of the committee, said it was broken down and children needed something more modern to play on. “It needed a facelift,” she said.

Getting “Big Toy” down was a big undertaking itself, and would have raised the price tag if not for the help of Wantagh resident Richard Pesce. He owns a construction company and donated the labor to get the old playground down.

Pesce, a graduate of Mandalay, has a daughter in third-grade and another set to enter kindergarten next year. He said his children are excited to have a new playground, which will be there far beyond their elementary years.

“A lot of time and energy went into planning this,” said Pesce, who also helped negotiate the contract for the installation of the new playground.

Heidi Felix, president of the Wantagh Kiwanis Club, previously helped with fundraising efforts for a new playground at Wantagh Elementary School, and wanted to find a way to assist at Mandalay. She was able to get her club to make a donation.