Students learn about facial abnormalities and the meaning of empathy 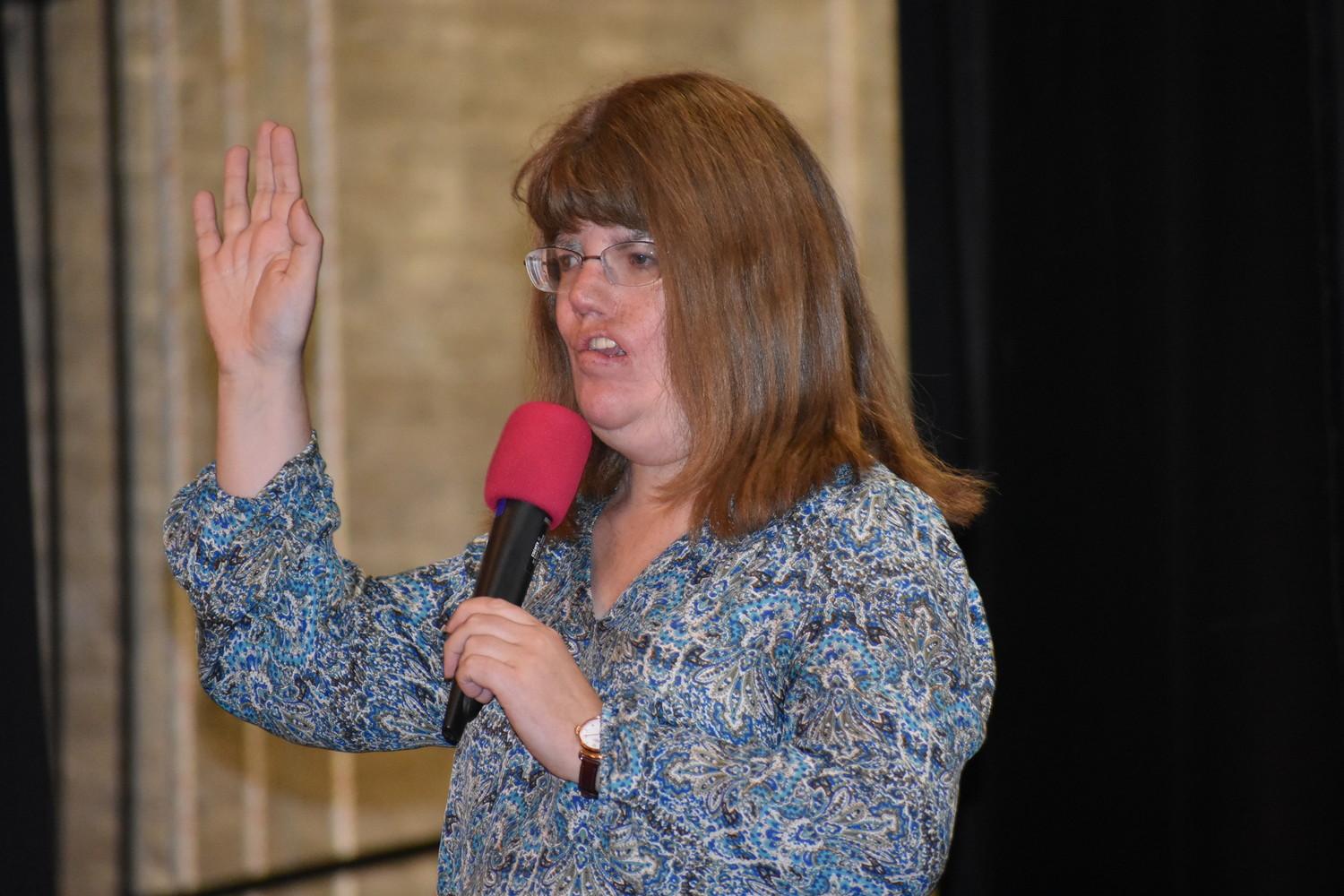 Dina Zuckerberg, director of family programs for MyFace, spoke to South Side Middle School students at an assembly on Oct. 12 about accepting people with facial abnormalities.
Ben Strack/Herald 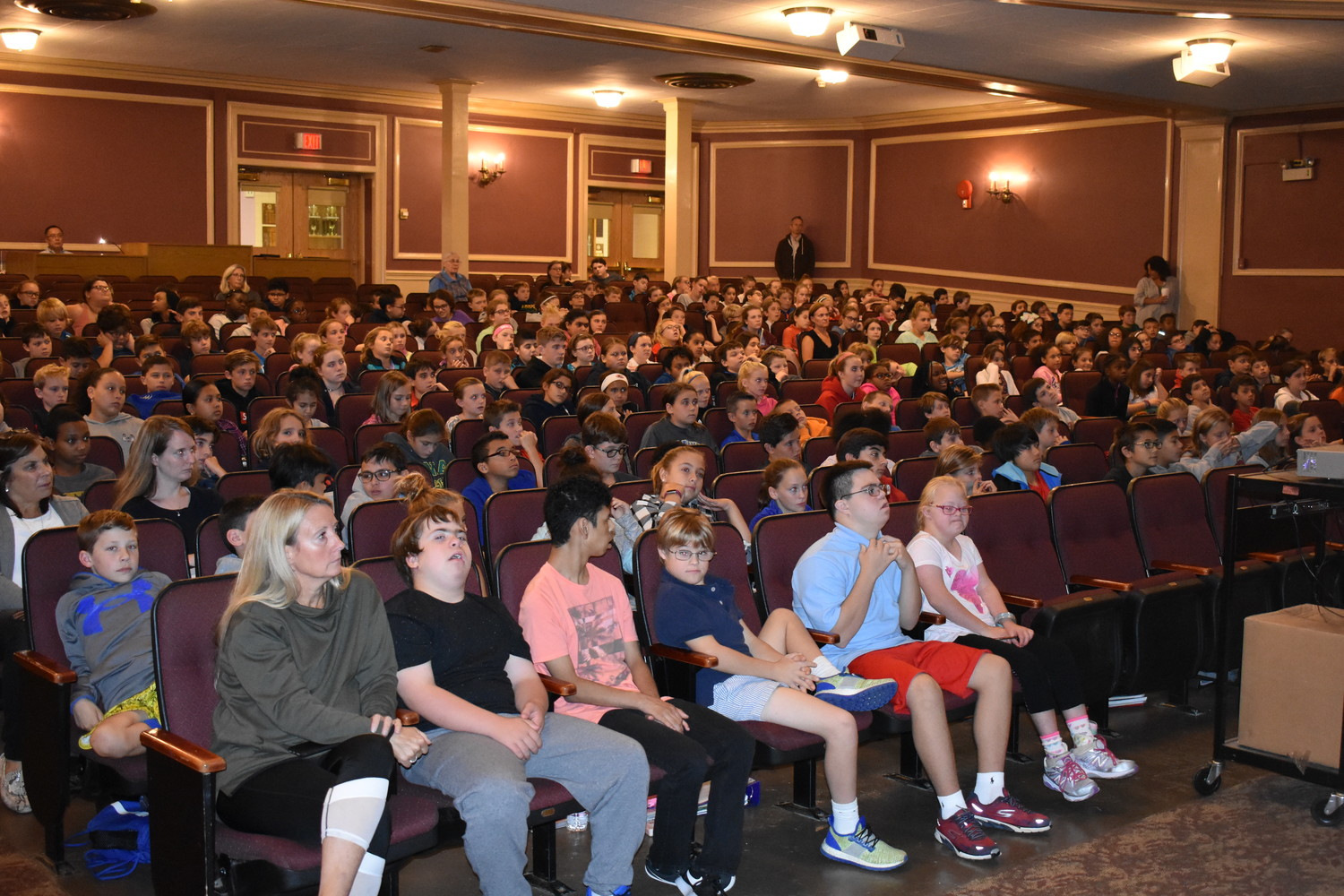 Sixth- and seventh-graders gazed quietly at a glowing screen in South Side Middle School’s dark auditorium on Oct. 12 as children with craniofacial abnormalities explained the bullying and hurtful stares from others that they endure daily because of their appearance.

“You don’t know what I’ve been through,” said one boy in the video. “…The only reason people would [bully me] is because they don’t know who I am. They don’t know about this Treacher Collins disability.”

Treacher Collins syndrome is a condition that affects the development of bones and other tissues of the face. Most individuals who are affected have underdeveloped facial bones, such as cheekbones, as well as a small jaw and chin.

Members of MyFace, formerly the National Foundation for Facial Reconstruction, a non-profit organization that provides access to personalized care for those with facial deformity, joined the students to address how they could make a difference in the lives of children suffering from such conditions.

Dina Zuckerberg, director of family programs for MyFace, and Savannah Mazda, the organization’s development and events manager, focused on the importance of “choosing kind” and accepting people for who they are, despite what they might look like.

Zuckerberg was born with a craniofacial condition, which impaired her vision, hearing and speech. “I was teased and excluded in school,” she told the middle-schoolers. “I sat at the lunch room table by myself usually. …I was picked last on the team in gym.”

Mazda explained that excluding someone can be just as hurtful as bullying them. “They really need a lot of support from their friends, from their community, from their school to reach out a hand to them and accept kindness,” she said, “so that they have the support they need to thrive.”

The assembly in Rockville Centre came just weeks before the release of “Wonder,” a film starring Julia Roberts and Owen Wilson, who have a son with Treacher Collins syndrome, named Auggie. The movie is based on the New York Times best-selling novel by R.J. Palacio, who was inspired to write the book after encountering a child with a severe craniofacial difference while with her 3-year-old son, who was frightened when he saw the girl.

Palacio pushed him away in his stroller in panic, and later said she regretted not talking to the girl and her mother and teaching her son that there is nothing to be afraid of.

South Side Middle School Principal Shelagh McGinn said many of the students have read “Wonder,” and that the school district has focused on teaching its children the value of kindness and being an inclusive community. Hearing those values from others — by better understanding what some children are going through — reinforces those values, she added, and can help the students to be upstanders: people who stand up for what is right.

“We really just want them to take away more of how to be a good person and accepting,” McGinn said. “Not tolerating. I don’t like tolerance. I like acceptance.”