Julian Gargiulo seeks to change perception of the music genre 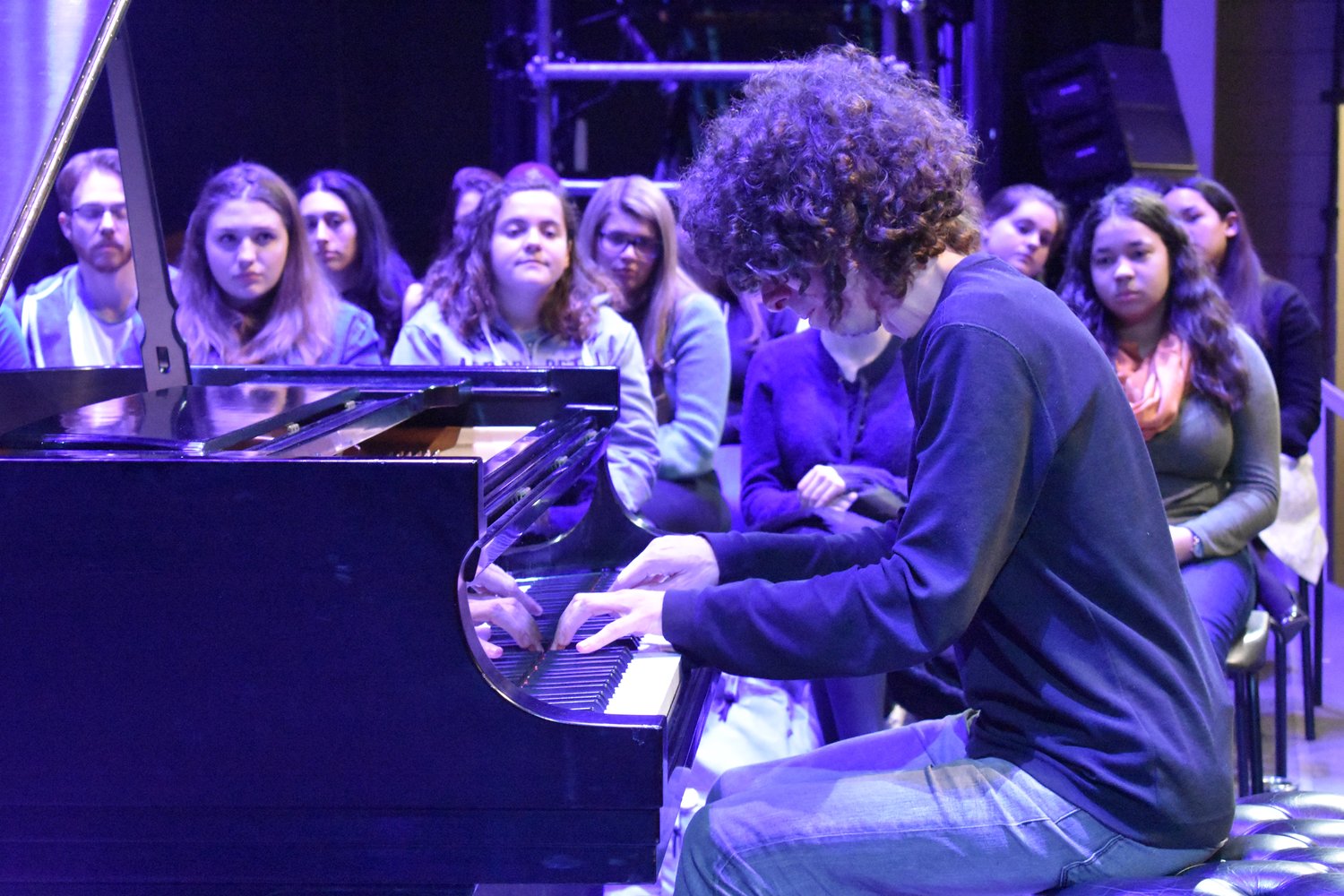 Professional pianist Julian Gargiulo stopped by Molloy College’s Madison Theatre on March 7 to speak to students before his evening performance there.
Ben Strack/Herald 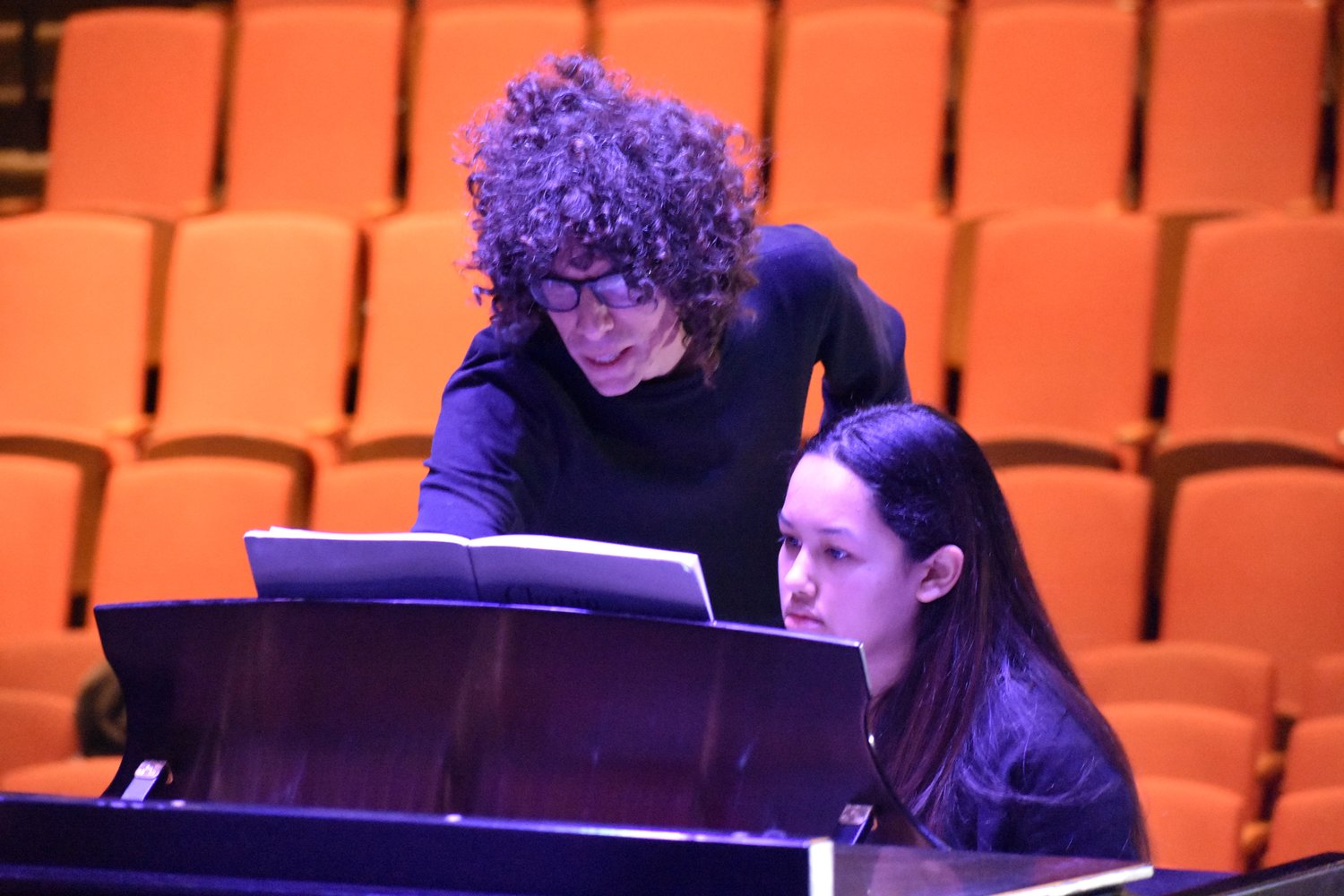 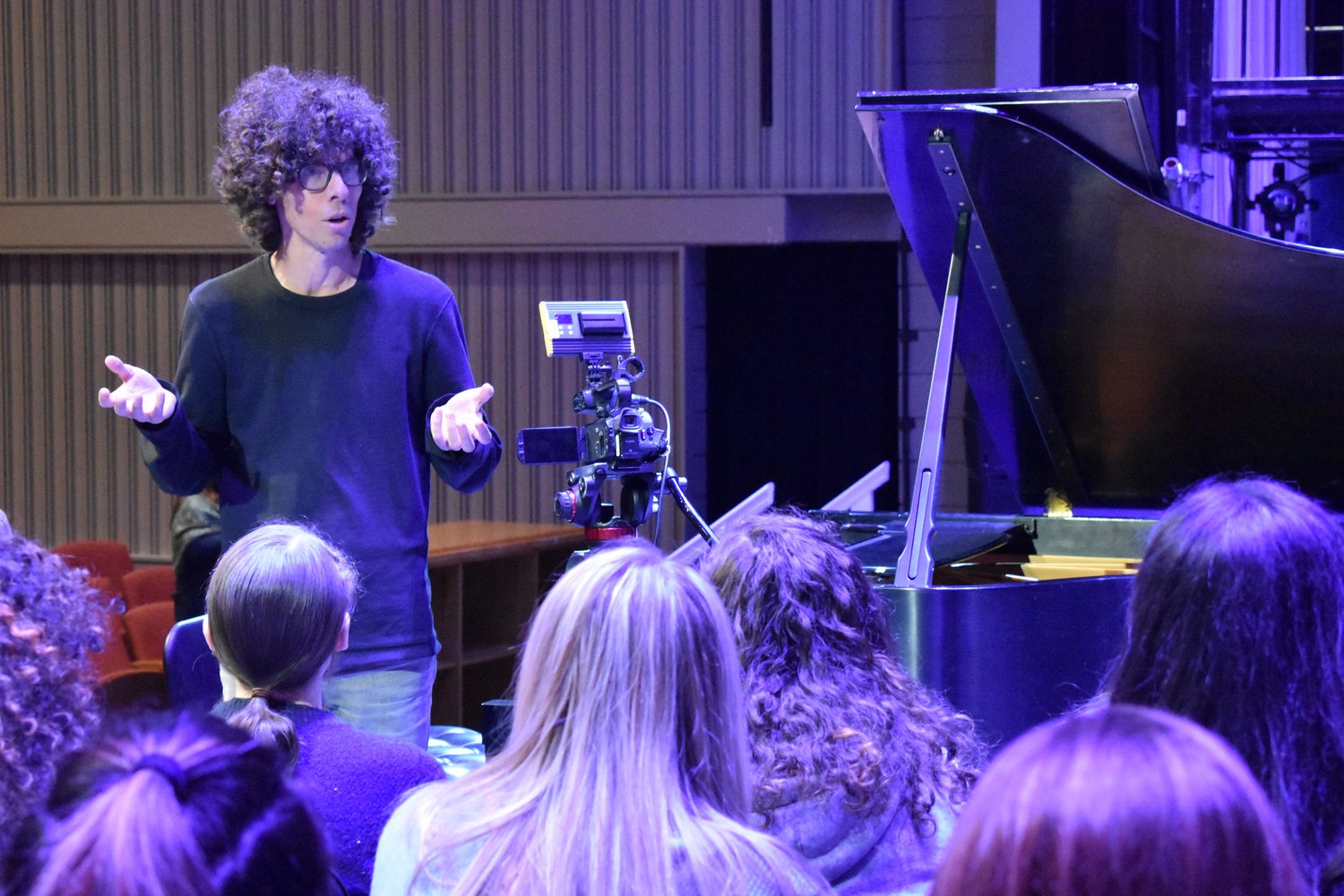 "Classical music is a bit of a hard sell, and one of the things that we want to do is change that perception," Gargiulo told the students.
Ben Strack/Herald
Previous Next
By Ben Strack

After Molloy College freshman Gabriela Espinal-Santiago finished playing Frédéric Chopin’s Waltz in B-minor in front of about two dozen peers, Julian Gargiulo stepped up to the piano beside her to offer some advice.

He asked her to play portions of the piece again, then noted, “Don’t be scared of playing out and playing into the keys and using the weight of your arms. Playing the piano … is a full-body experience.”

Espinal-Santiago, a music therapy major, said it was overwhelming to meet a professional pianist for the first time, and have him stand beside her on stage at Madison Theatre as she played, but incredible at the same time. “He mentioned talking, saying a story as if having a conversation, a memory,” she said. “He was so expressive with his words, and it was just a great perspective.”

Though Julian Gargiulo is his name, he has started to go by “the pianist with the hair.” Born in Italy, he has performed classical music around the world, performing at Carnegie Hall in January, and has become known for the anecdotes and humor he incorporates in his shows. He met with Molloy students on March 7 to discuss how to revive the classical music scene for the younger generation several hours before performing at the school’s Madison Theatre that evening.

Students crowded around the Steinway & Sons piano as Gargiulo played Chopin’s “Nocturne” and “Ritual Fire Dance,” by Manuel de Falla. He asked the students what each piece made them feel, noting, “Nobody is wrong.”

“It’s kind of a new outlook on music,” said Samantha Sloane, a freshman music therapy student. “A more storytelling way of thinking about music rather than just thinking about this is a note, this is the next note, you’re going to string them together and keep going.”

Freshman Lwigi Auguste added, “He embraces his quirks. Sometimes it’s hard to do that. In classical piano, you get a lot of the conservative side, so to see somebody a little bit more extravagant in his playing and how he carries himself, it speaks for itself.”

Gargiulo, 46, ended the afternoon with another Chopin piece, which he said sounds like it’s in “question-and-answer form.” He asked volunteers to act out questions and answers as he played to help the waltz come alive.

“Classical music is a bit of a hard sell, and one of the things that we want to do is change that perception,” he told the students.

Classically trained in Italy and going on to study at the Moscow Conservatory in Russia, he called his education “super rigid, super classical.” When performing in the United States, he started trying to make people laugh during his shows, he recalled, until “it gradually became my thing.”

In 2015, Julian presented the first edition of “Getting to Carnegie,” a music competition that features musicians from around the world for a chance to share the stage at Carnegie Hall. He continues uniquely sharing his love for classical music with young people in the hope that they see the genre in a way they never have before.