A look into the Long Island LGBT community 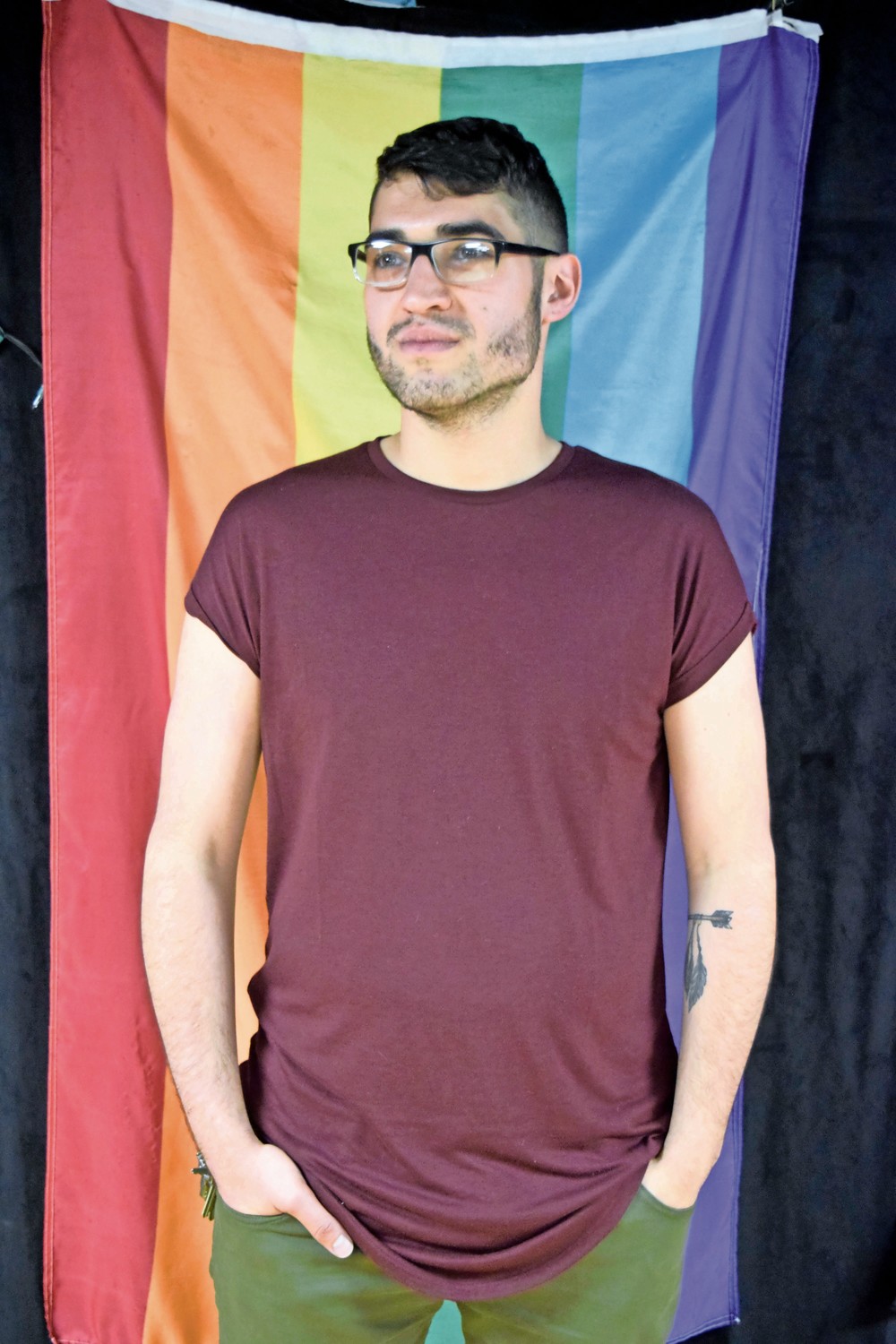 Nick Dantuono, 22, of Seaford, is an outreach specialist at Pride For Youth, a community group for LGBT individuals. He came out as gay four years ago.
Rebecca Anderson/Herald

I knew that I was gay since the seventh grade, but I suppressed it for years and held on to the hope that it was a phase.”
Nick Dantuono,Outreach specialist, Pride For Youth
By Rebecca Anderson

For 22-year-old Nick Dantuono, telling his mother he was gay four years ago made for a very interesting Christmas.

Although the Seaford native said he knew he was gay long before he told his family, he decided to stay closeted, terrified that he wouldn’t fit in with his high school friends.

“I knew that I was gay since the seventh grade,” he said. “But I suppressed it for years and held on to the hope that it was a phase. There’s so much pressure living here, so I never felt comfortable coming out.”

Dantuono attended Seaford High School, a small, suburban public school in a waterfront hamlet. His father, a local youth basketball coach, is well known in the area, and encouraged Nick to get involved in sports. As a sophomore, he earned a spot on the high school’s varsity baseball team, and was a key player in the community basketball league. From the outside, he looked like a star athlete — 6 feet tall, muscular and quick on the court. But on the inside, he was struggling with his identity.

“My struggle, when I first came out, was not having any other peers or friends who were also gay,” Dantuono said. “I had one colleague who identified as gay, but other than that, I had no sense of community.”

Over time, he said, school and sports felt constricting, and he was sure that if anyone, including his father, found out that he was gay, he would feel like a huge disappointment. He also thought that the crowd he was hanging out with wouldn’t necessarily be supportive. “With sports, there’s always that stigma,” he said. “I wasn’t part of the theater club or gay-straight alliance club, so I never quite fit that ‘gay’ stereotype either.”

Dantuono’s first experience with the gay community came after he stumbled upon Grindr, a social networking and dating app for people who identify as gay. It was an entirely new world, and at 17, he recalled, he felt weighed down. “I was at a loss,” he said. “At the time I had nowhere else to turn.”

After what he said felt like decades, he decided to talk to his mother in December 2012. She could sense something was wrong. “There were a few days leading up to Christmas where I was so visibly upset, but kept putting it off,” he said. “It started to become a guessing game with her, because I just wouldn’t budge.”

After his mother threw out some guesses, most of them relating to drugs, alcohol and failing grades, she froze, he recounted, giving him “evil eyes.” “Did you get your girlfriend pregnant?” she whispered.

Nick remembers blinking a few times and erupting in laughter. The irony was overwhelming. “At the time, I had a girlfriend, and came off to the world as straight,” he said. “She didn’t even know about my struggle.”

Even when his mother guessed correctly, Dantuono still felt uncomfortable confirming it. He told her he was bisexual, hoping that would sound better than saying he was homosexual. His mother burst into tears.

“I just wanted to give my family the hope that I might still one day marry a woman and live the hetero-normative lifestyle,” he said.

Eight months later, as a high school senior, Dantuono came out publicly in his Facebook profile, telling the world he was gay. Although his family was supportive, for the most part he still struggled with the pressure. Although his father never said anything about his coming out, Dantuono said he could feel distance opening between the two of them.

Along the way, Dantuono also cut ties with friends and teammates. He started to binge eat — which led to a 20-pound weight gain — and began missing classes. He left both his baseball and basketball teams, and suddenly sports were something he and his father could no longer share.

Fits of depression led him to cut his wrists. “It was my release,” he said. “My grades plummeted, and I became a different person.”

Fast-forward four years, and Dantuono sat in his office at Pride for Youth, where he is an outreach specialist. A large decal of the word “breathe” was fixed on the wall behind him — something he can finally do again after coping with his depression and coming to terms with his identity.

He joined Pride For Youth — a community center in Bellmore for LGBT individuals ages 17 to 30 — a few weeks before he left for college at SUNY Albany. After a few months, he decided to transfer to Nassau Community College, move back to Long Island and become more involved with the organization. Now he works there full-time, helping other teens struggling with their sexual identity and running programs such as Mpowerment, geared toward gay African-American and Latino men, and Coffeehouse, for LGBT teens.

Although Dantuono said he has seen a lot of progress in the Long Island LGBT community, he added that there have been some setbacks, especially lately, when discussions of sexuality have become freighted with divisive politics. Many Long Islanders support President Trump and his controversial policies aimed at the LGBT community, including his proposal in July to ban transgender people from serving in the military. Trump tweeted about it two days before he visited Suffolk County to talk about the scourge of MS-13 gang violence in the area. While many members of the LGBT community rallied in protest, Trump supporters gathered in large numbers as well.

“Today we’re experiencing things that we never have before,” Dantuono said, noting that while same-sex marriage has been legalized for the past two years, the nation witnessed an anti-gay march in Washington, D.C., this June. “We’re getting our rights and our exposure,” he said. “But there’s backlash, and we’re still part of a fight.”

First of a four-part series on gender issues.