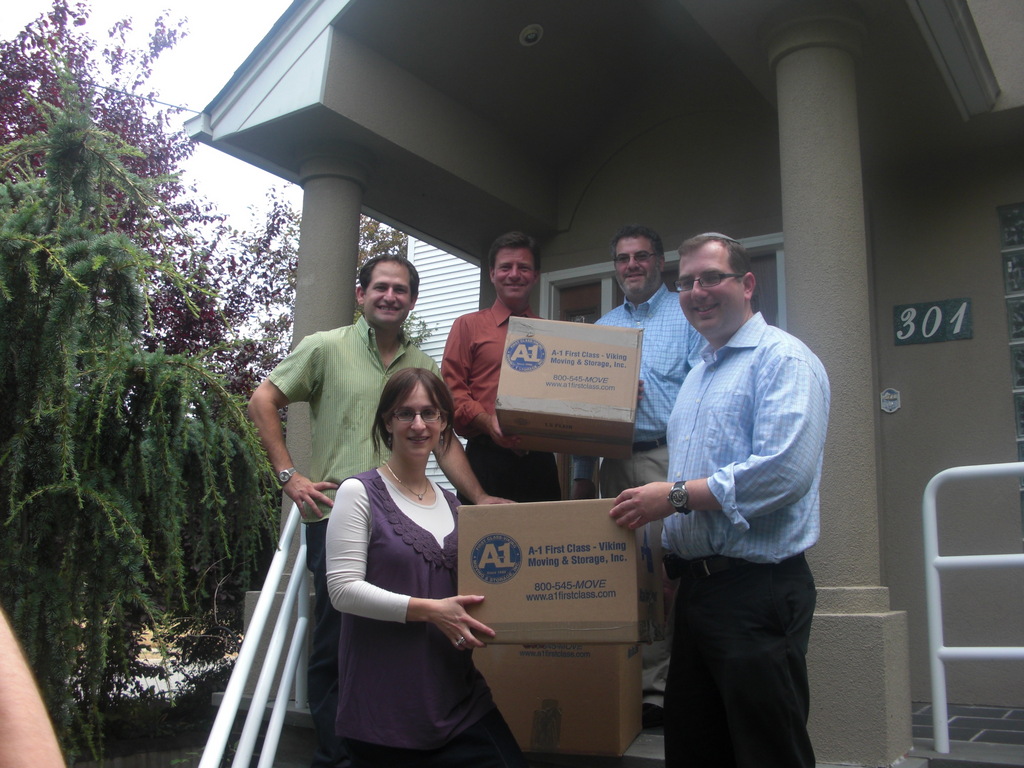 On July 12, Congregation Ohav Sholom in Merrick welcomed a new rabbi for the first time in 47 years — and bringing him to the Orthodox house of worship was no easy feat.

After an interview process that lasted a year, and a move of 500 miles, Rabbi Ira Ebbin brought his family of five (soon to be six) from Montreal, Canada, to lead one of central Nassau County's few Orthodox congregations.

Adam Greenberg, president of Ohav Sholom, said Ebbin and one other candidate were asked to lead Shabbat services after months of interviewing. According to Greenberg, Ebbin deviated from the typical sermon-style service, and instead brought a touch of humor and introduced an interactive program.

"He was the first one to go," Greenberg said. "And one man came up to me and told me he set the bar high."

Ebbin was voted in unanimously by the congregation.

"It's a very significant thing for a congregation to come in and find a new spiritual leader," said Ebbin, who described his rabbinical philosophy this way: "We pray together, we play together."

Ebbin said in choosing a rabbi, a congregation is looking for "someone who is going to be a part of your life and part of your family life for many years."

Nassau County Legislator Dave Denenberg, a past president of Ohav Sholom, said, "It's a huge thing when a new rabbi comes in to lead a congregation," adding, "I welcome him as a legislator and also as a congregant."

"We spent the month of June celebrating a rabbi who lasted 47 years, founding an Orthodox congregation on the South Shore, where there's not a large Orthodox population," Denenberg said.

At 34 years old, Ebbin is unsure whether he'll serve as long a tenure as his predecessor, but he and his wife, Chevi, have demonstrated their commitment to the community by becoming some of Merrick's newest homeowners. Here, they will raise their daughters, Shlomit, 10, Shira, 7, and Anat, 4.

"The amazing thing about Merrick is that even though it's New York, which is a major metropolitan area, it's a small community," Ebbin said. "Merrick and the Merokeans have this special niche, and it's very exciting."