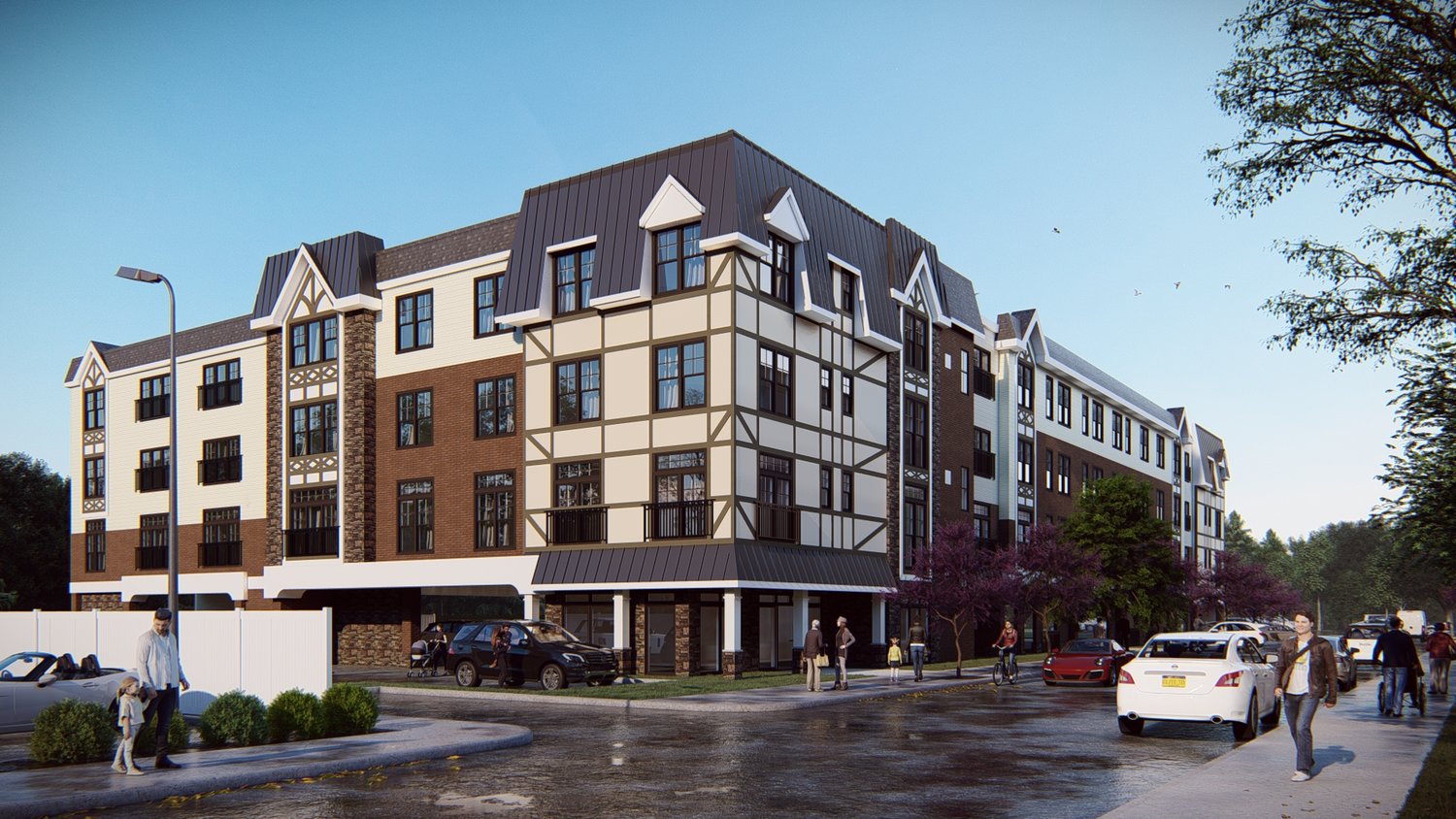 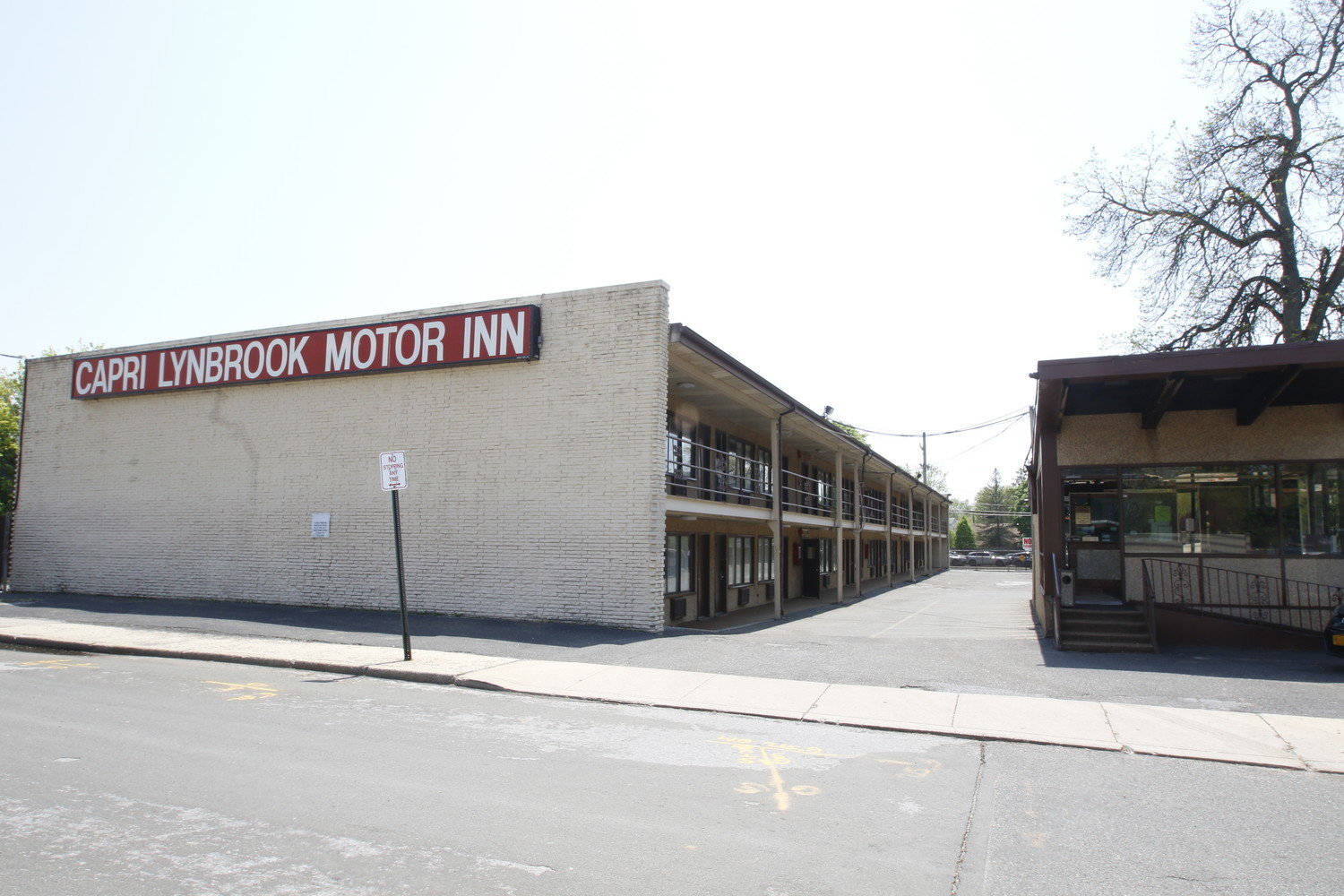 The project comes after village officials spent years trying to close the Capri.
Christina Daly/Herald
Previous Next
The Capri: A timeline

May 2016: At a village board meeting, several residents who live nearby say they believe the motel is a nuisance and a danger to the community.

Feb. 27, 2020: The Nassau County Industrial Development Agency approves a 20-year payment in lieu of taxes agreement, or PILOT, for the project.

A year after controversy over the Cornerstone at Lynbrook project caused village officials to scrap plans for it, a new, smaller-scale Cornerstone development is in the works.

The Nassau County Industrial Development Agency unanimously approved a payment in lieu of taxes agreement, or PILOT, on an 80-unit, $24 million rental apartment complex for downtown Lynbrook on Feb. 27.

Called the Cornerstone at Yorkshire, the structure will be built at the site of the old Capri Lynbrook Motor Inn. The IDA granted Farmingdale-based developer Terwilliger & Bartone Properties a mortgage-recording tax abatement, a sales-tax abatement and a 20-year PILOT for the four-story building, which will begin at the present tax level of $228,155 per year and gradually increase to $1.1 million by its final year.

“We’re thrilled to be working with the Nassau County IDA on another very exciting transit-oriented development project here on Long Island,” developer Anthony Bartone said. “We applaud the Nassau County IDA for their pro-business philosophy fostering growth in our great county, and further wish to recognize all of the advancements that have been made in the process.”

IDA Chairman Richard Kessel lauded the project and said he was pleased with the benefits it could provide the village. “I think it’s a terrific economic development project for the Village of Lynbrook,” he said. “It’s a transit-oriented development that will create new housing for people, and I believe it’s a huge step in helping the village revitalize the downtown and help attract young people.”

With the IDA approving the project, Bartone said, the company has submitted building permits to the village and is preparing to close on the Capri, which will then be razed. He hoped work would begin in May, he said, adding  it would take 18 months to build. He noted that concerns over the coronavirus had not yet affected the proposed timeline.

Bartone has tried for years to build an apartment complex in Lynbrook, and said he thought the Capri was a good site for one because it has been a neighborhood nuisance for many years, and the scene of a number of arrests, including for drug possession and prostitution. It has also been the site of a number of drug overdoses, and village officials spent years attempting to revoke the motel owners’ room-rental license permits before they agreed to sell the property.

Motel general manager Harry Wagner said the sale is under way because the motel’s managing partners thought it was in their best interest to sell, not because of past issues with village officials. No laws have been no laws broken at the motel, he said, and he was confident its owners would have won an appeal had they entered a legal battle with village officials.

“We’ve never had any issue from the [village] regarding the closing of our property because we knew everything they accused us of was bogus,” he said. “We are officially operating, and we would have won on appeal because the alleged incidents did not happen on our premises.” He added that the motel would remain open until the sale is complete.

Mayor Alan Beach said he was pleased with the support provided by the IDA and County Executive Laura Curran, and called the motel a “magnet for undesirable activity.”

“Police responses, multiple arrest for criminal conduct, as well as numerous ambulance responses, will always be associated with the Capri,” he said. “Its demolition and reconstruction to a modern housing complex with an on-site club room, gym and other amenities will forever replace the Capri motel.”

Many residents have railed against the Capri in recent years, and have expressed support for Bartone’s proposal. The reaction is in stark contrast to the developer’s previous plan, in which he sought to construct a 200-unit residence and a separate four-story parking garage in the village’s downtown.

That proposal was met by resident backlash because of a perceived lack of information and its size. It also sparked a contentious mayoral race between former Deputy Mayor and current Trustee Hilary Becker and Mayor Alan Beach, who won with more than 75 percent of the vote last March. Every trustee except for Becker approved the latest proposal.

The Tudor-style apartment complex will be built at 5 Freer St., where the Capri has operated since 1985. Parking will also extend to nearby Roxy Place. It will comprise eight two-bedroom apartments that will rent for about $3,400 per month, 44 one-bedroom units that will cost roughly $2,800 and 28 studios, which will be about $2,300 per month. Eight units will be set aside as workforce housing, which, under Department of Housing and Urban Development regulations, must have reduced rents for households earning up to 80 percent of the median income for the area.

Terwilliger & Bartone hosted an open house at the Knights of Columbus in August to meet with residents and gather their input on the project. The firm then developed a site plan, which it went public with during a hearing in October. The village board approved the project in November.

Though the previous proposal was met with criticism, Bartone said keeping the Cornerstone name on the new project was a part of Terwilliger & Bartone’s branding.