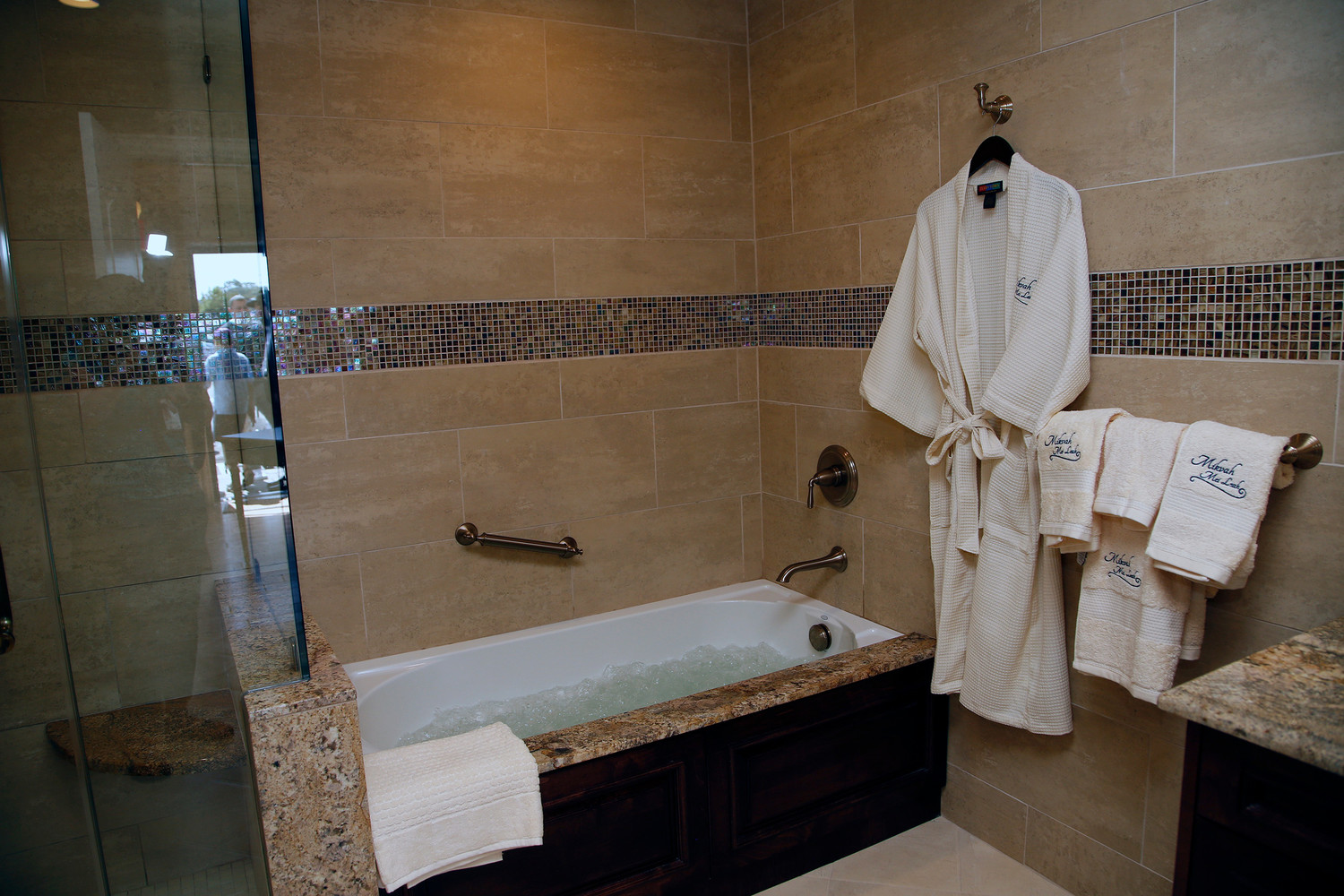 Chabad Center for Jewish Life in Merrick is hosting an event for couples this Sunday, at which they can eat, drink, socialize and learn more about Chabad's new mikvah.
Sue Grieco/Herald
Top four myths about mikvah

- The use of a mikvah is only for observant, orthodox families. That’s “a big myth,” according to Rebbetzin Chanie Kramer.

- Mikvah is only for brides.

- Mikvah is there to clean a person because they’re dirty. “In reality, it’s more of a spiritual purity,” said Kramer. “The purpose is to purify someone spiritually. It has nothing to do with cleanliness.”

-Mikvah is an “old-fashioned or medieval practice.”

Rebbetzin Chanie Kramer is inviting Bellmore and Merrick couples of the Jewish faith to indulge in an evening out this weekend — while learning the truth about mikvah.

The Mei Leah Bellmore-Merrick mikvah is a modern, deluxe facility — its construction supervisor called it “a very high-tech mikvah” — that fulfills a vital need in every Torah-observant community; as several speakers pointed out, a community may sell its only Torah scroll to raise money in order to build one.

“Today is the holiest day in Merrick,” Rabbi Kramer said at the mikvah’s opening. “From 1643, Merrick has been waiting for a mikvah.”

And on Sunday at 5 p.m., Chabad will be holding an inspirational evening for couples, featuring Chana Carlebach, an internationally known speaker from Quebec, and a discussion about the 4,000 year-old tradition, and what it still has to say about fulfilling relationships.

“We’re going to be talking about what mikvah is, and the relevance it has to Jewish married life,” said Chanie Kramer. “It should be a really nice night out for couples — or for either spouse.”

Attendees will have the chance to share sushi, wine, salad, chocolate and conversation, while touring the mikvah, and learning more about it.

“It’s being used by members of the community, but we wanted to do an inspirational evening, so that more people can learn about what it is,” said Chanie. “There’s a lot that people don’t know about it, or have misconceptions about it.”

Gayle Benno, of South Bellmore, during the mikvah’s opening last year, agreed, insisting that mikva is “not just for religious women who keep all the Torah laws and [commandments]. It is for all married Jewish women regardless of Judaic background.”

“I am so grateful that our community has its very own mikvah” so that more women can fulfill a mitzvah “that will add blessing, joy and peace into their lives more than they will ever know,” she added.

— Ed Weintrob contributed to this story