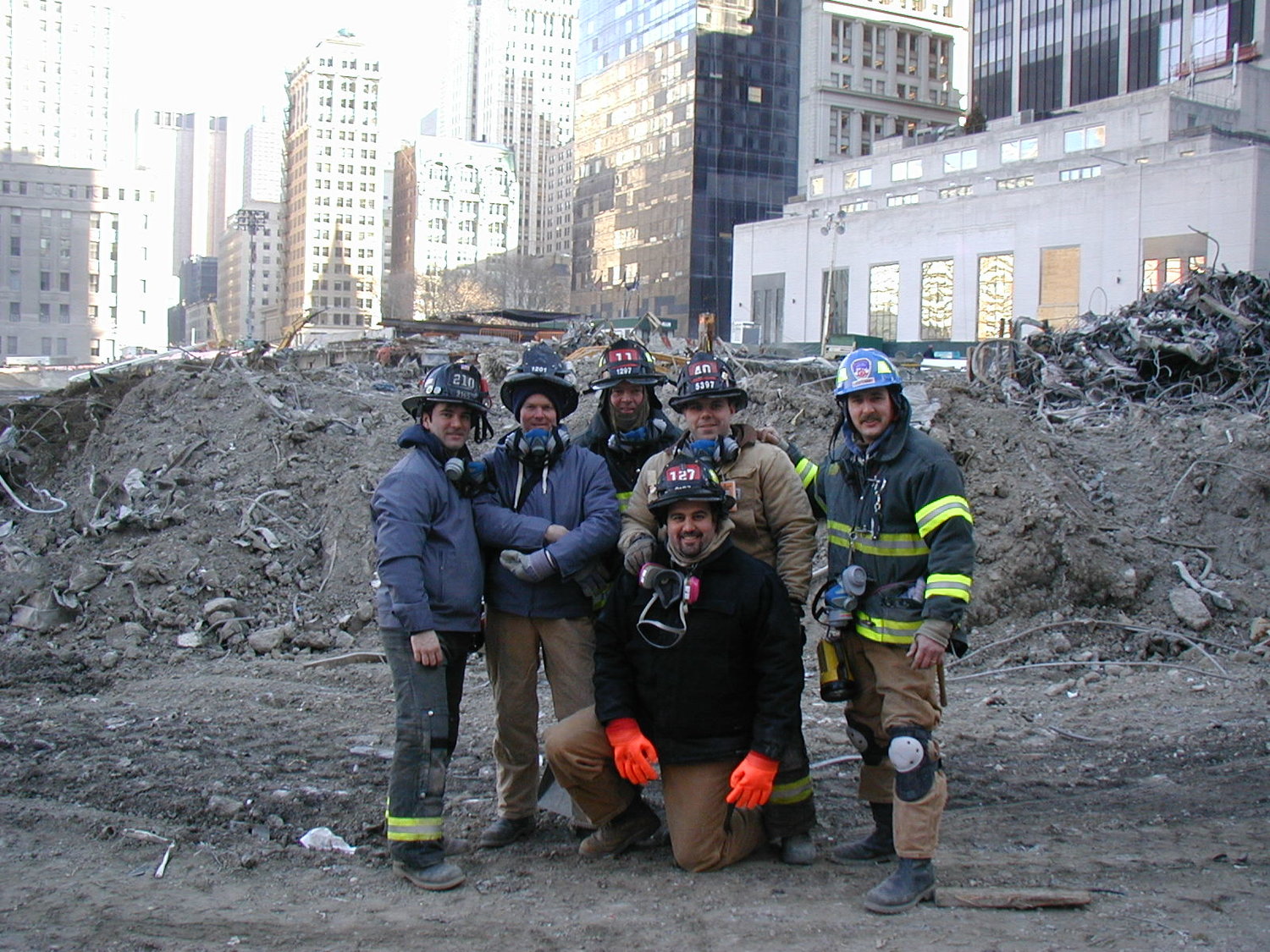 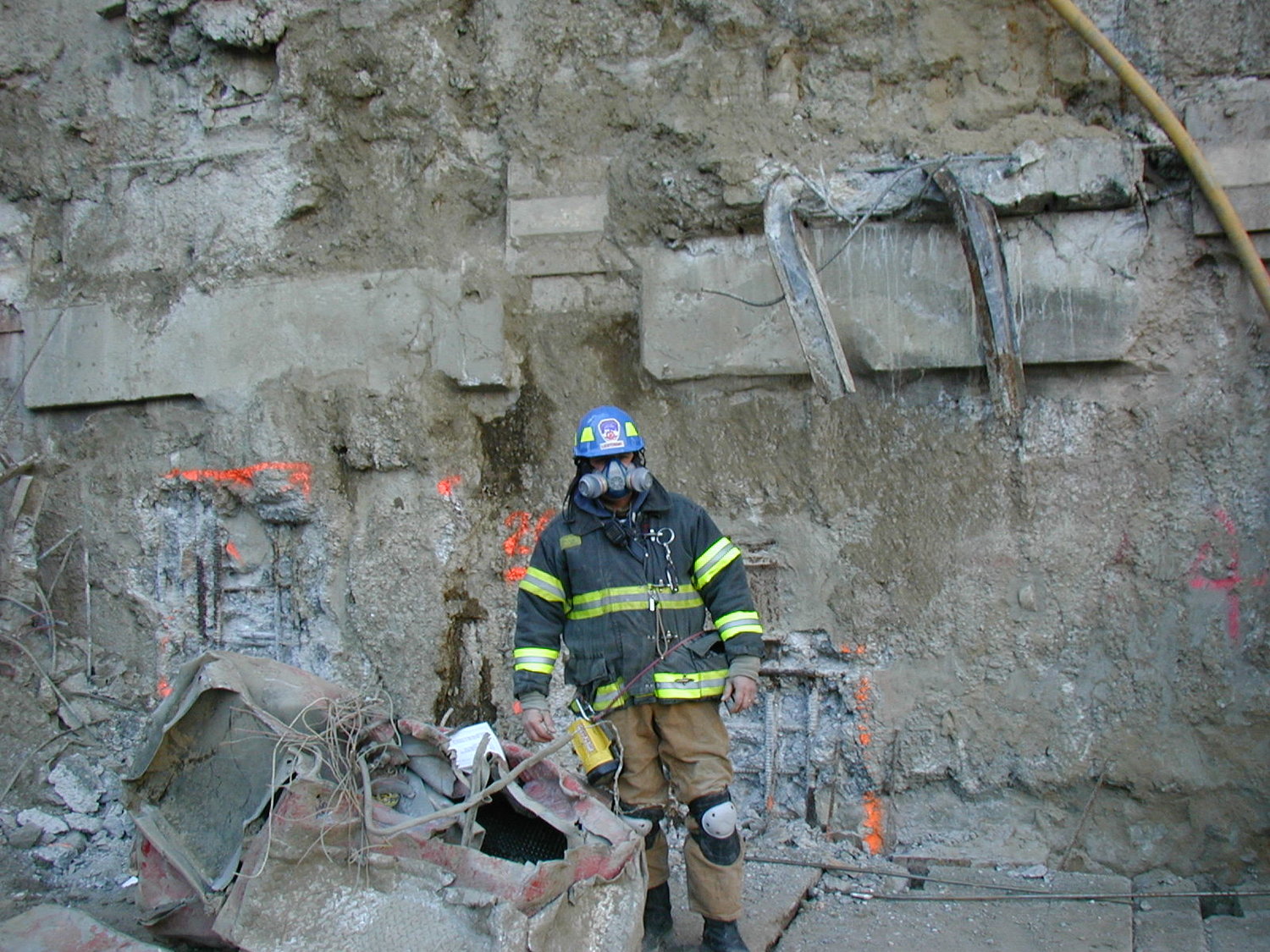 On Sept. 11, 2001, Glen Cove resident Frederick N. Fuchs, a firefighter for Ladder 127 in Jamaica, Queens, was coming off a 24-hour tour and had just been relieved for the day. But after watching the attacks on the World Trade Center on television, Fuchs said, he knew his day was not over. He had to serve the people of New York.

His experience with the virus was a quick one, he said, when compared with those of other firefighters he knows. He remembers starting to feel ill a week after returning from a firefighters’ ski trip last February.

“I ran a 101 temperature for about five days,” he said. “I didn’t have any coughing. I felt very weak. I didn’t eat anything. I just drank a lot of liquids and took a lot of vitamins. I spoke to my doctor, and he thought I had a sinus infection, so he gave me an antibiotic. I took that, but it wasn’t [an infection]. It went away in about a week. My wife kind of stayed away from me.”

After Fuchs learned that he had Covid-19, and that his blood would carry beneficial antibodies once he recovered, he donated plasma four times last spring and summer. “It comes with the territory of being a first responder,” he said.

Fuchs’s unit didn’t respond im-mediately to the terrorist attacks. Hundreds of off-duty firefighters who had responded to a recall were sent to Cunningham Park, in Fresh Meadows, Queens, with any supplies they could find.

“We wanted to go down there,” Fuchs recounted. “There was no TV, so we huddled around people’s cars and listened to the radio to find out what was going on.”

Eventually the firefighters piled onto MTA buses, which took them to the World Trade Center, which had been reduced to rubble. “There were just people wandering around in various states,” Fuchs said. “We didn’t see a lot of dead bodies. It was just waist-deep [rubble]. It almost seemed like you were walking through snow, but it was finely ground dust. There were no respiratory protections, and basically they had us check a couple of buildings.”

Four days later, he was assigned to the Second Battalion and First Division in Lower Manhattan, where he remained for five years before going back to Queens. He was promoted to lieutenant, and for the month of December 2001, he was part of a cleanup detail, and searched through the rubble for human remains, often on his knees.

Fuchs had been a firefighter for 16 years at the time — his father was a firefighter as well — but he never expected to be doing that kind of work. “This is not what I signed up for,” he said.

After a month at ground zero, he came down with pneumonia and bronchitis. “I was really sick for about a month,” he said. “I came back and started developing all the usual 9/11 respiratory problems. I have GERD” — gastroesophageal reflux disease. “I have sleep apnea. You can’t be exposed to that kind of stuff and not be affected by it.”

Dr. Michael Crane, who directs the World Trade Center Health Program at the Icahn School of Medicine at Mount Sinai in Manhattan, estimated in a 2019 story in People magazine that about 40,000 people had conditions linked to 9/11, and that 50 to 80 new cancers associated with 9/11 toxins are certified each month.

“The 9/11 community is rightfully concerned about the pandemic, given that they have weakened immune systems, respiratory illnesses and are treating cancer,” Director said. “They’re part of the vulnerable community.”

Fuchs said that he has taken the virus very seriously, avoiding going on trips or eating at restaurants, and socially distancing. Masks, he said, shouldn’t be a political statement. “I don’t like wearing masks, but you have to wear a mask,” he said. “I’m concerned for myself and my family, and I want to get through this, safely.”

It is a scary prospect, Director said, that someone’s lack of “due diligence” could cause someone else to contract Covid-19 and suffer the severe consequences that can come with it.

Compensation and health care is available for 9/11 first responders, office workers, nearby residents and students, among others, who were in Lower Manhattan between Sept. 11, 2001 and May 30, 2002, through the September 11th Victim Compensation Fund and the World Trade Center Health program. To learn more or to request a consultation, go to www.post911attorneys.com.