Can having coyotes on the North Shore be a good thing? 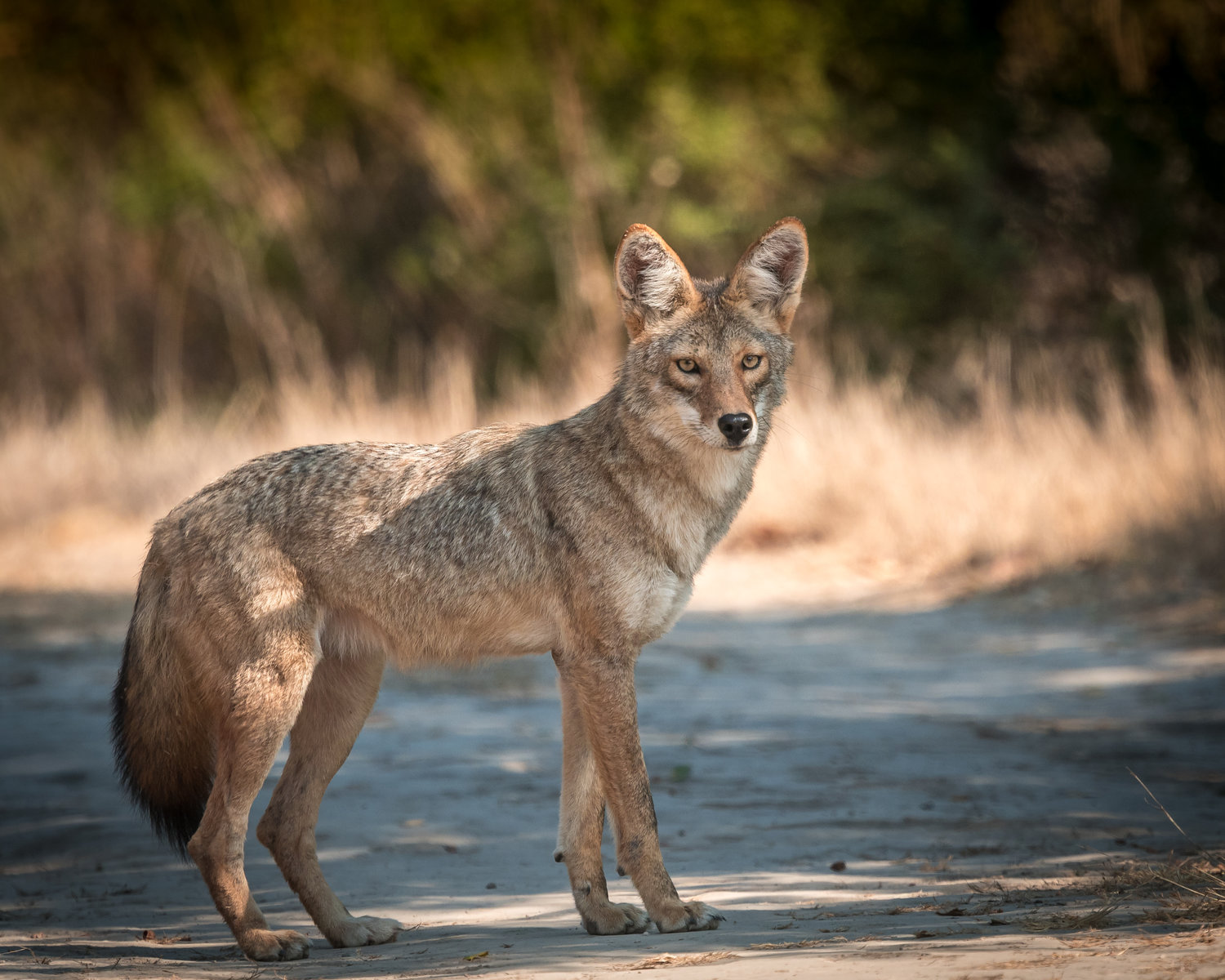 Coyote numbers on Long Island have been increasing.
Becky Matsubara

It’s nice to have another predator on the island. We need them.”
Jim Jones, Bayville
Coyotes 101

Coyotes weigh, on average, between 16 and 40 pounds.

Their diet mainly consists of small animals like rabbits, but they will also eat fruits, nuts and even trash if it’s easily accessible.

To scare away a coyote, make loud noises and keep your distance. They’re more scared of you than you are of them.

Coyote tracks, while similar to a dog’s, are more elongated and less round.

Coyotes are one of the few monogamous species of mammal, and often travel in small family groups, or packs.

While they can carry rabies, it is extremely rare, and usually only found in the wild, not suburban areas.

In the past few weeks, several coyotes have been spotted in communities on the North Shore, according to news reports and residents’ accounts. There have been sightings around Lattingtown and Locust Valley, and area residents have mixed feelings about what they might mean.

Coyotes are medium-sized carnivores, closely related to wolves and dogs. They can live in nearly any habitat, but typically prefer hilly and wooded regions. When pressed by human expansion, however, they can eke out an existence in more suburban areas, as is now being seen. While it’s unclear exactly how they got here, it’s likely they came from Connecticut and New York over bridges and train tracks, and possibly by swimming the East River.

Frank Vicente, director of the Wild Dog Foundation, headquartered in Mineola, has been tracking 11 coyotes in western Nassau County for several years — three family packs and one lone coyote. But he said he doubts there are more than 20 across Long Island.

“We’re piecing together where they’re being sighted,” Vicente said. “We don’t know what their numbers are for sure, but it’s highly unlikely that there’s a serious number out here.”

Even though coyotes are carnivores, their diet tends to be more omnivorous, including fruits and nuts, Vicente explained. When living near humans, they also scavenge food waste and other trash. He encouraged North Shore residents to make sure their trash is closely secured and not left out overnight.

A coyote was reported as recently as last Sunday, by Mill Neck resident Campbell McNicol, when her dog, Dodger, was outside. “All of a sudden, I heard him start making an alarmed, panicked bark,” McNicol recounted. “I went out and I saw . . . what I’m quite certain was a coyote. It really moved like a wild animal.”

McNicol now no longer lets Dodger out by himself, and does not taking him out at night, either.

Small, common-sense changes like these will minimize attacks on domestic pets, according to wildlife experts.

Some residents say they are worried by the possibility that coyotes are living among them, while others are less concerned. Mimi French, who lives in Glen Cove and runs a dog-walking business, said she wondered about the potential risk to pets in the area.

“I tell my clients, do not let your dogs out unattended,” French said. “. . . People think it’s not going to happen to them, but people sometimes learn when it’s too late.”

George Deegen, from Locust Valley, said he was less worried, although he owns a dog. “I’m not really too concerned about them,” he said. “I haven’t seen any, really. To be honest, I have more trouble with racoons than coyotes.”

Historically, coyotes were native to Long Island, significantly pre-dating European colonization. They were eventually driven off the island and to near extinction, according to John Di Leonardo, an anthrozoologist and president of the animal rescue organization Long Island Orchestrating for Nature, or LION. According to Vicente, coyotes began returning to Long Island around eight years ago.

Some animal-rights and environmental activists say that the animals’ return would prove beneficial to the Long Island ecosystem. Di Leonardo said he thought it would be a net positive development.

“It’s very good for our ecosystem, although people should still use common sense,” he said. “. . . Coyotes tend to go for other wild animals, especially weak or sick ones, and that’ll achieve a real survival-of-the-fittest situation.”

Jim Jones, a former member of the group Volunteers for Wildlife, in Locust Valley, also said he thought that coyotes would have a positive impact on Long Island’s natural habitat. “It’s nice to have another predator on the island,” Jones said. “We need them. If we’re lucky, they’ll even take a few deer, maintaining that population a little better.”

While coyote sightings can be startling, Vicente insists that there is little for pet owners to worry about, as long as they are careful and aware. “If people just do common-sense stuff,” he said, “like put the garbage out the morning of, not feeding them or habitualizing them to humans, there really shouldn’t be any problems.”